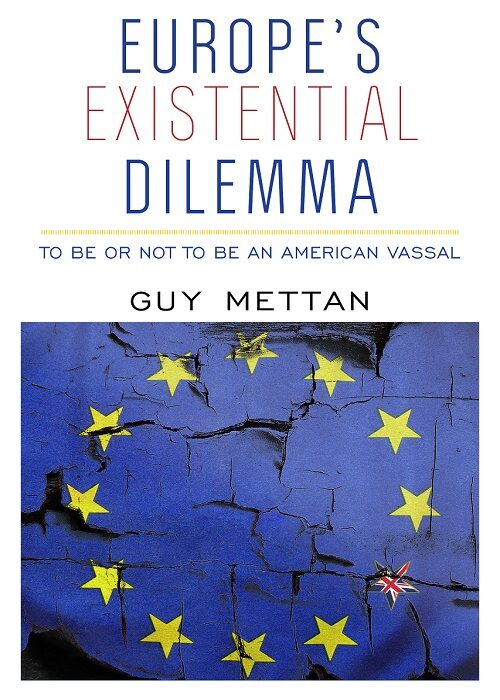 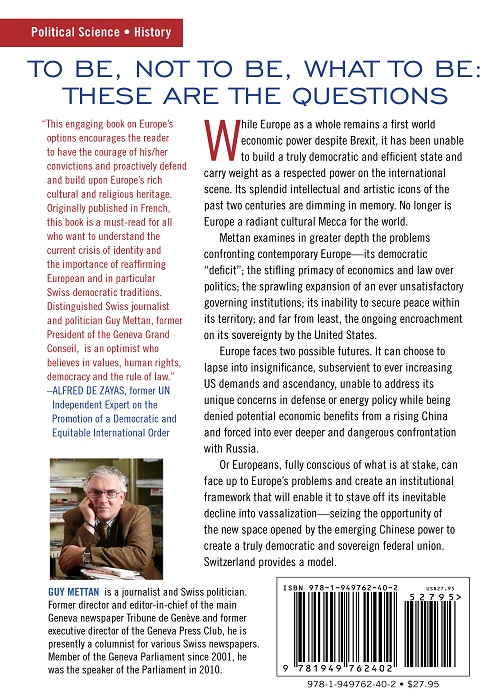 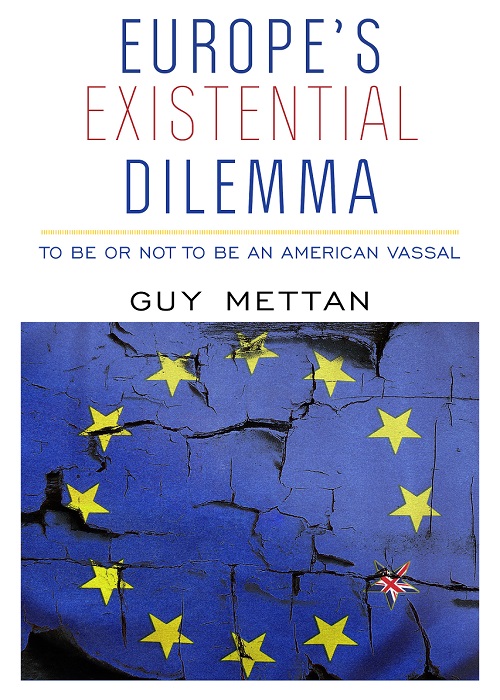 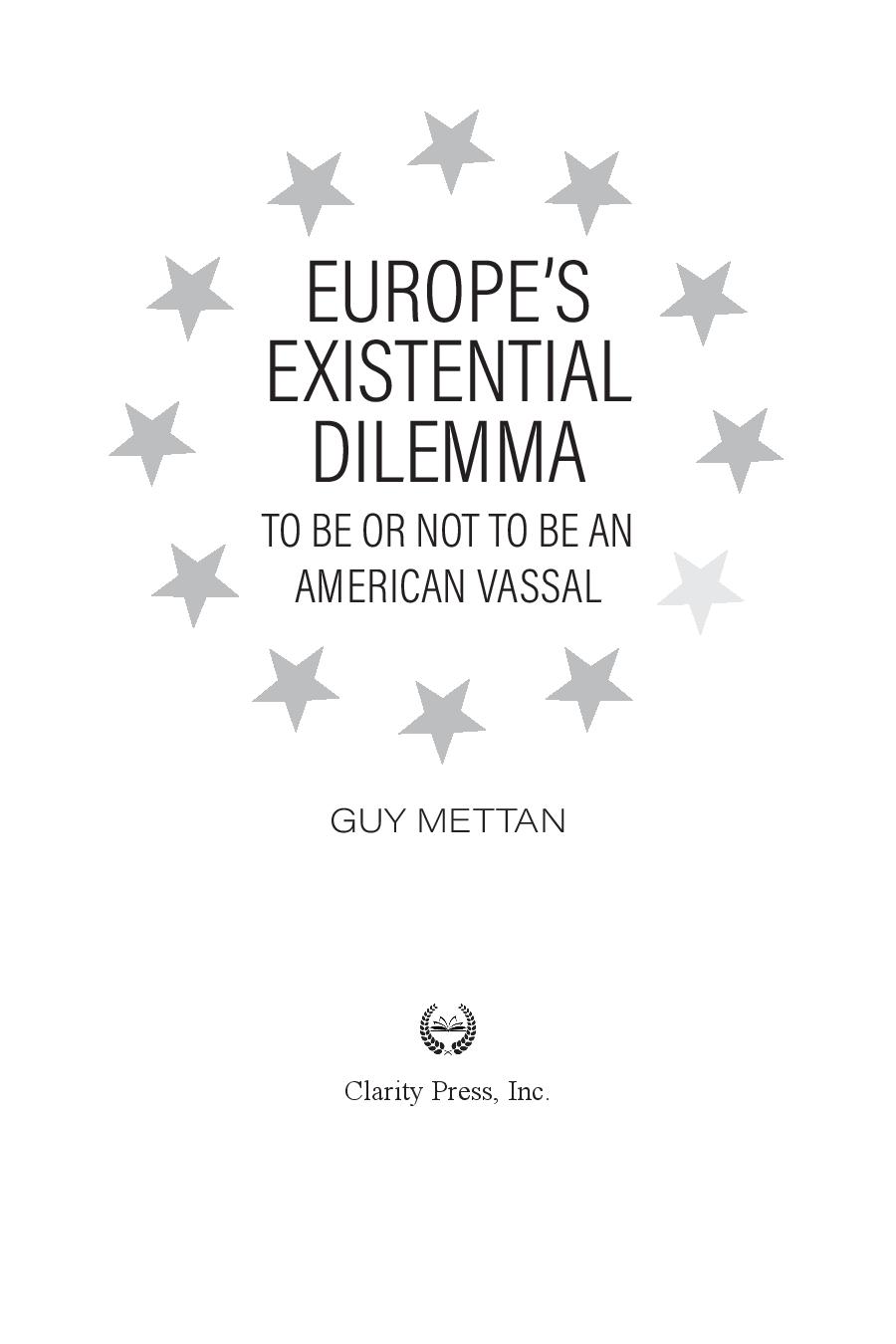 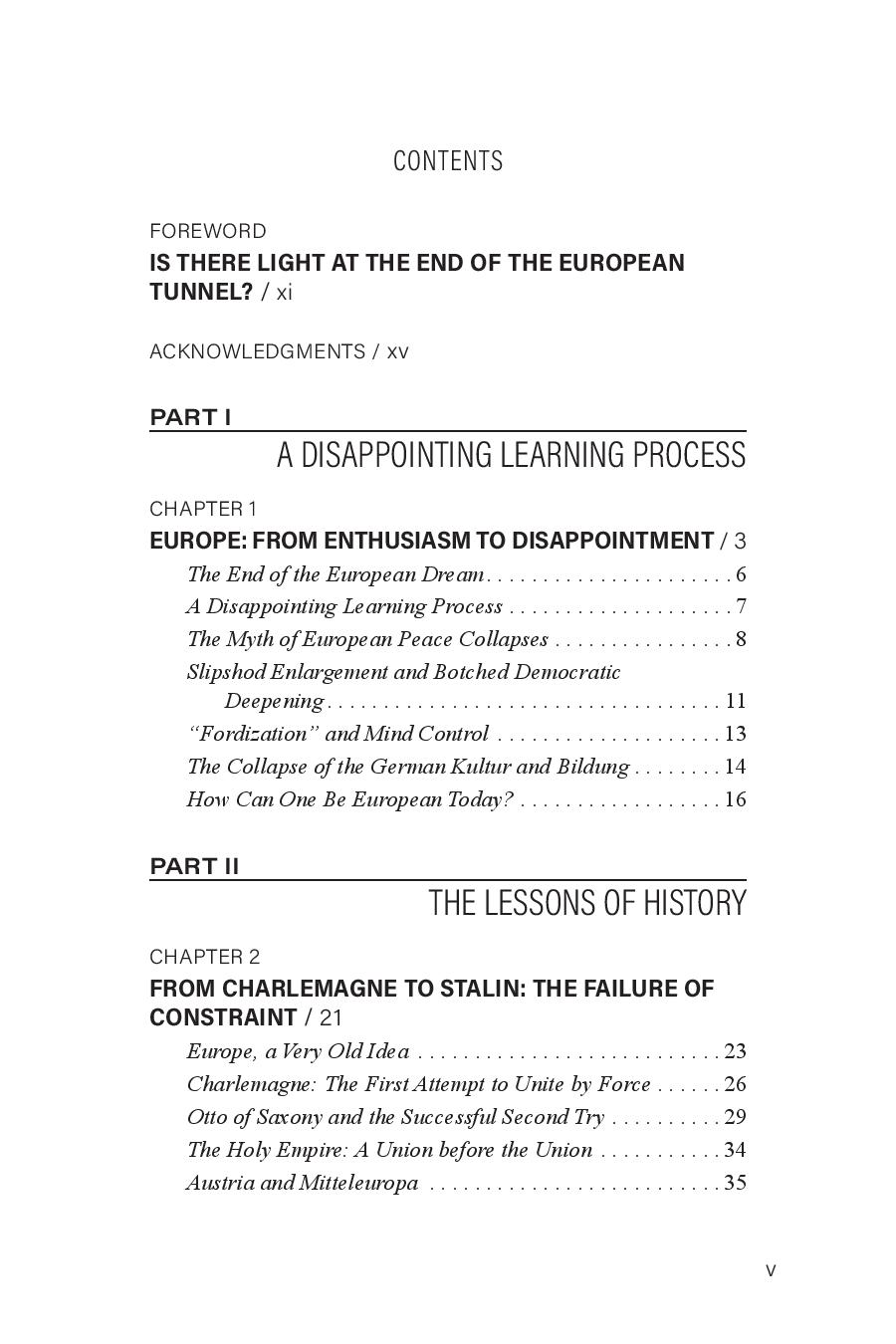 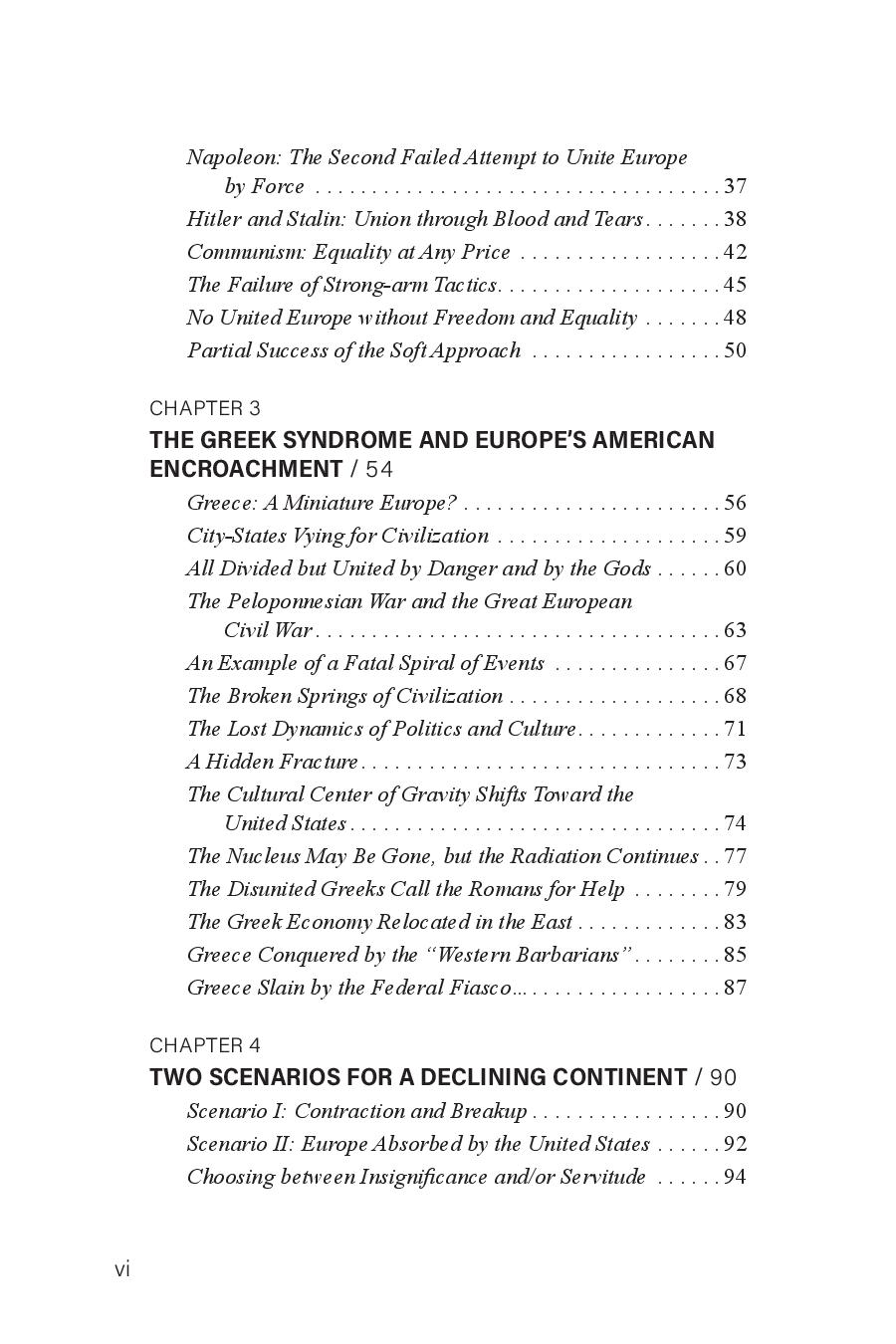 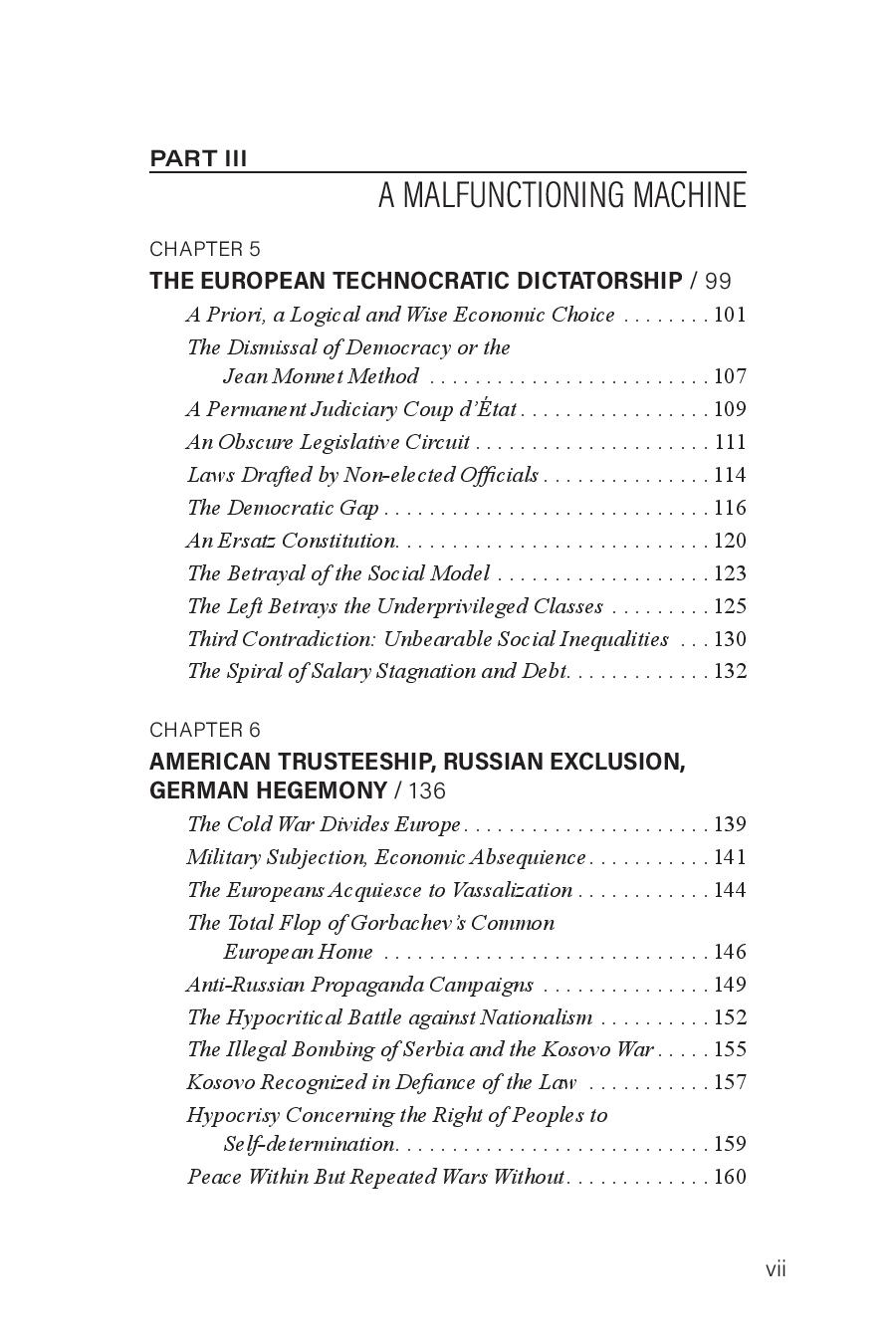 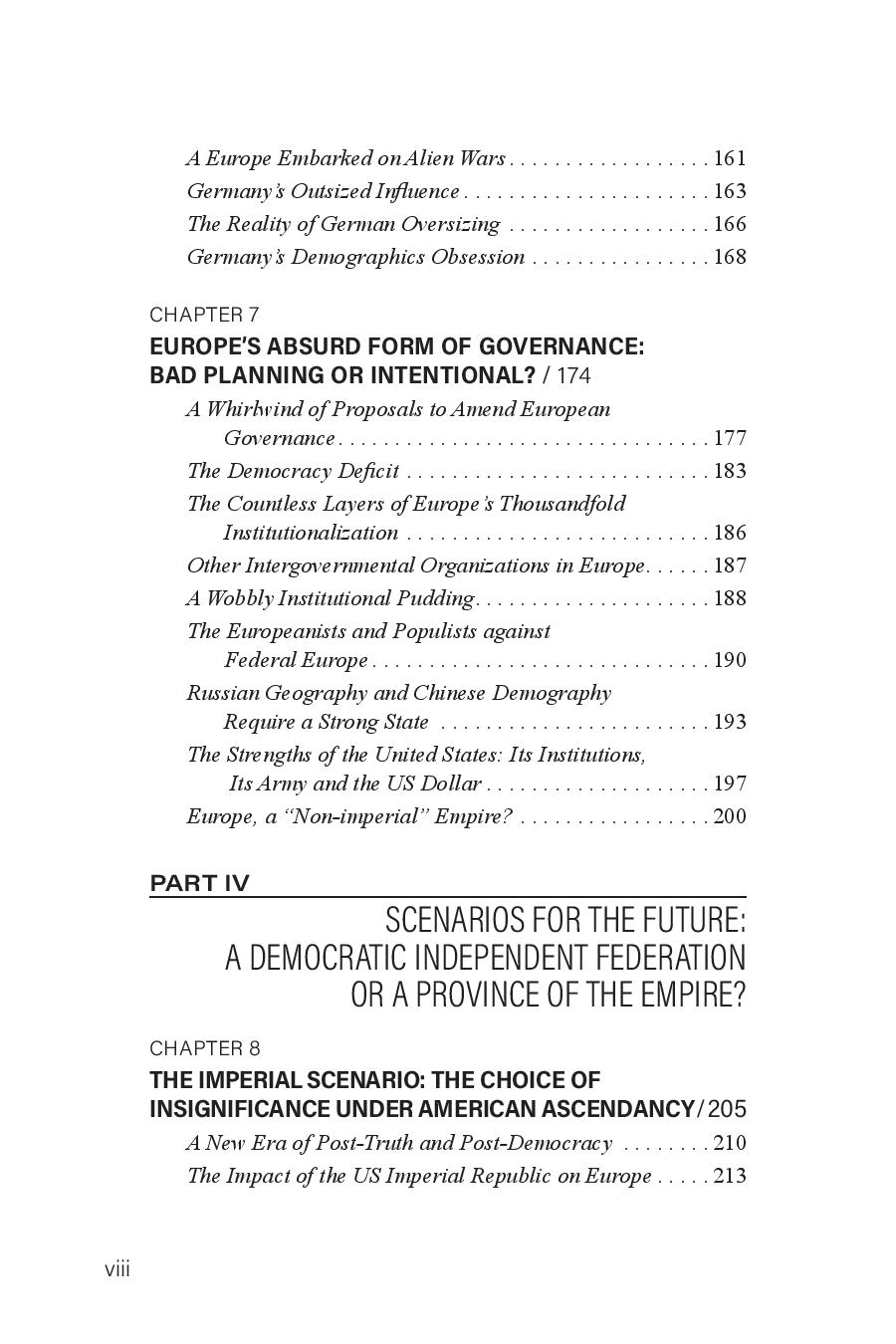 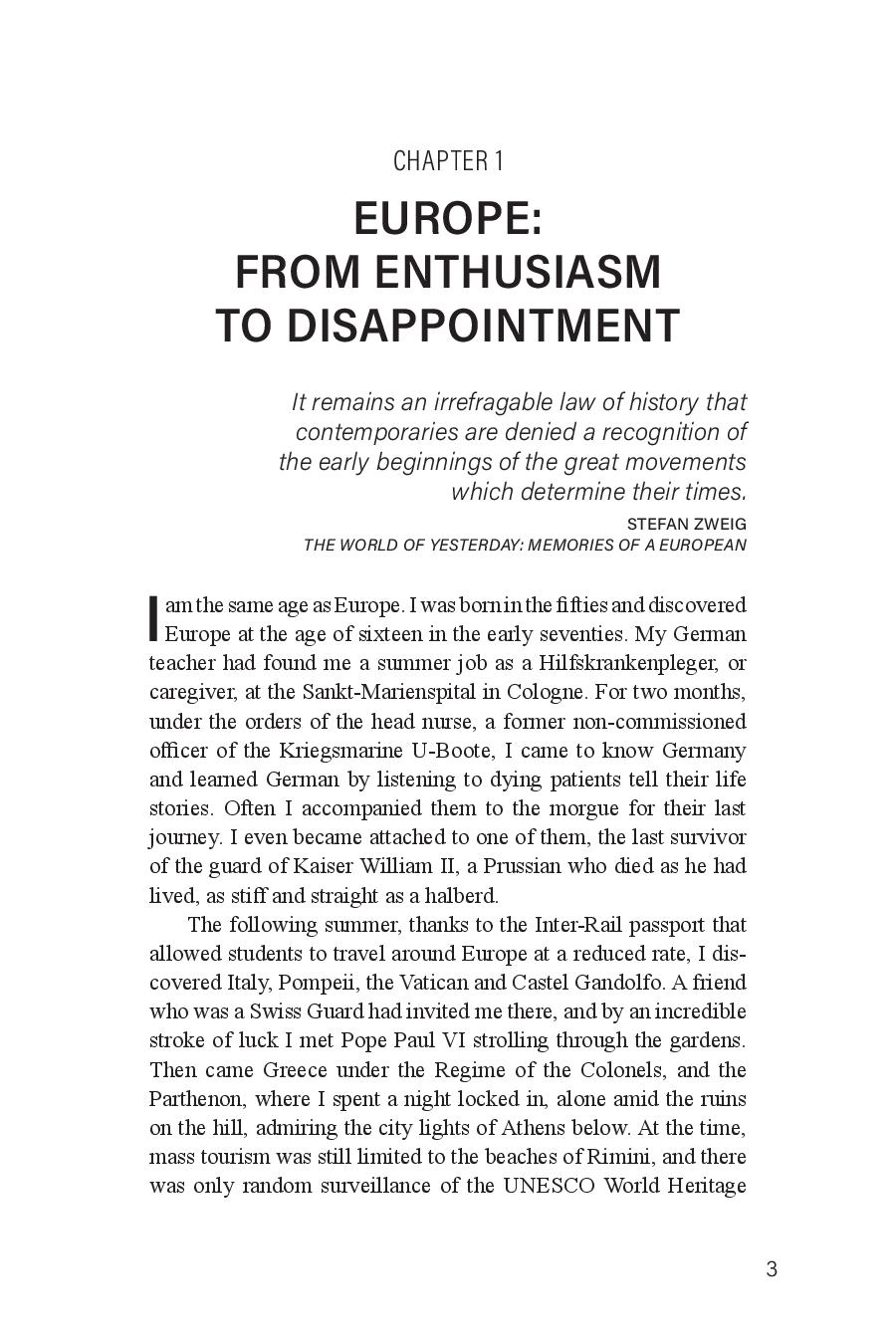 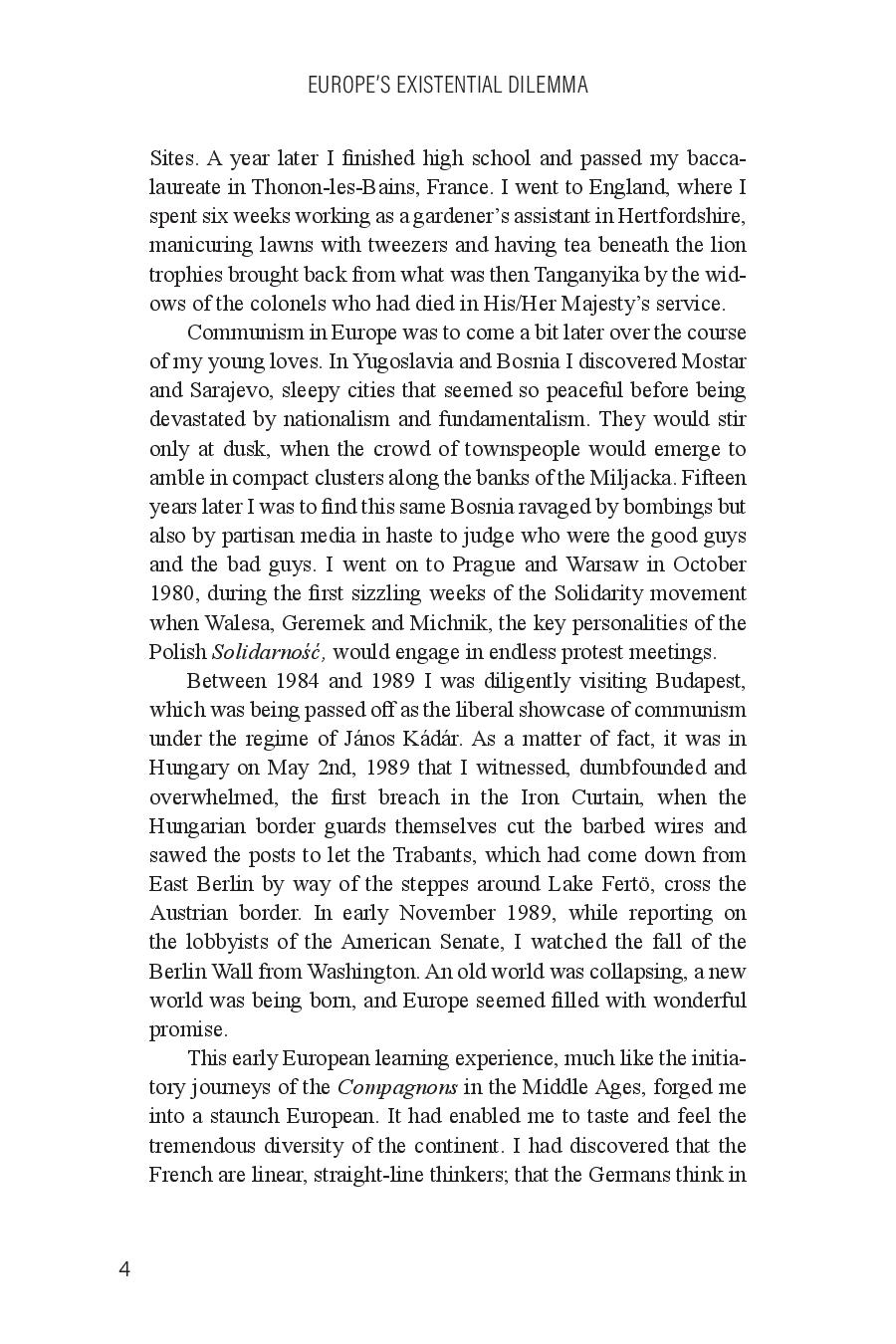 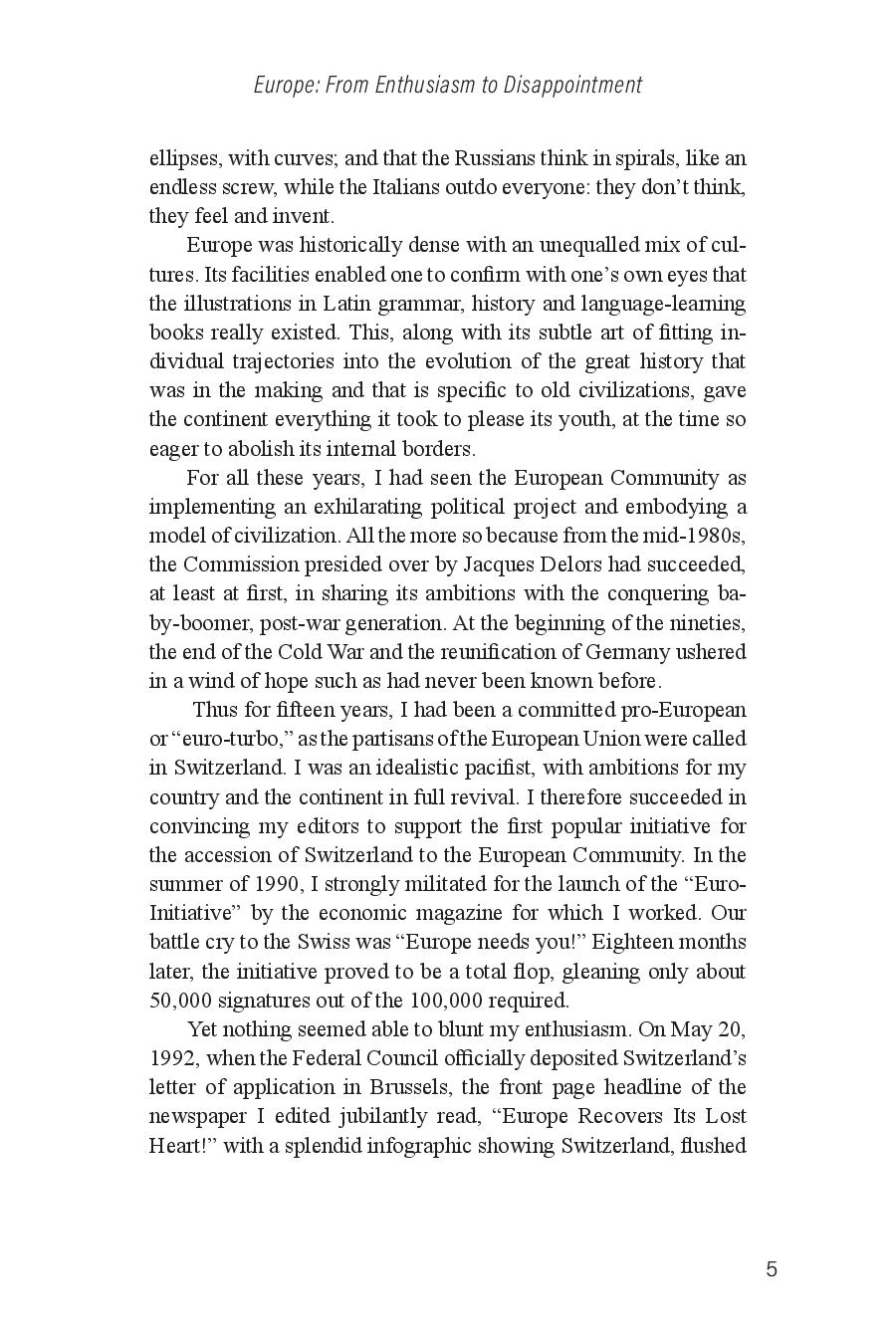 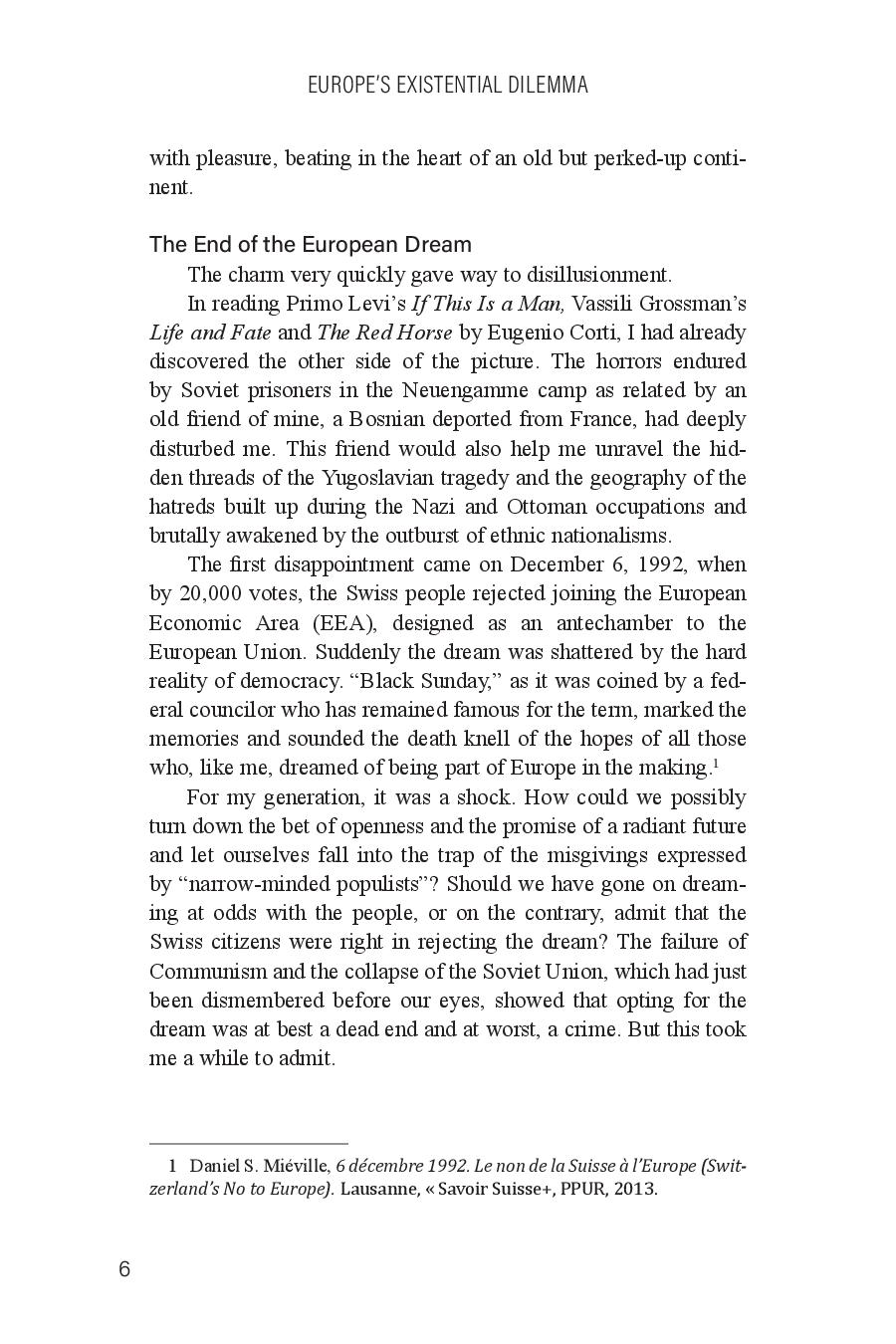 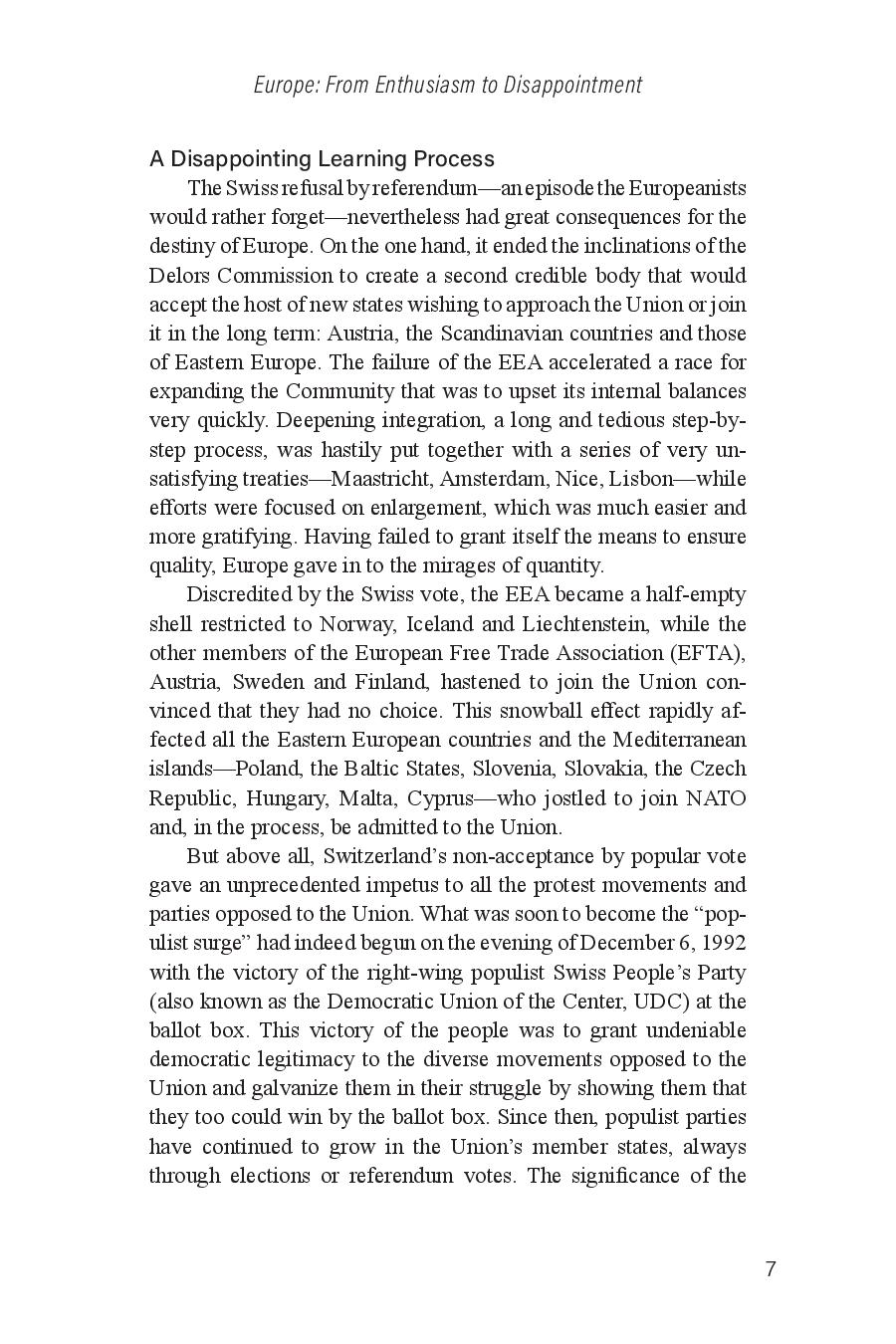 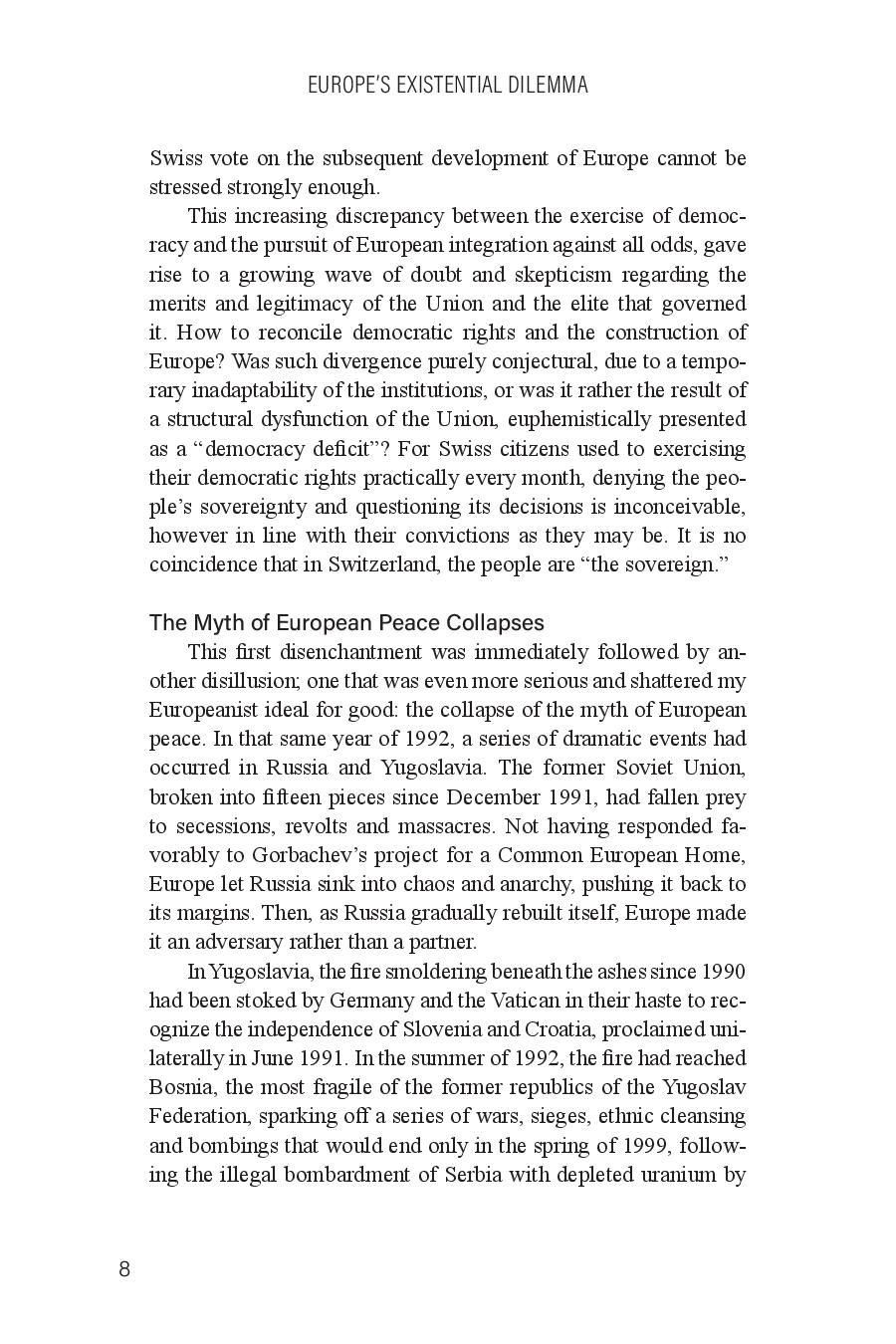 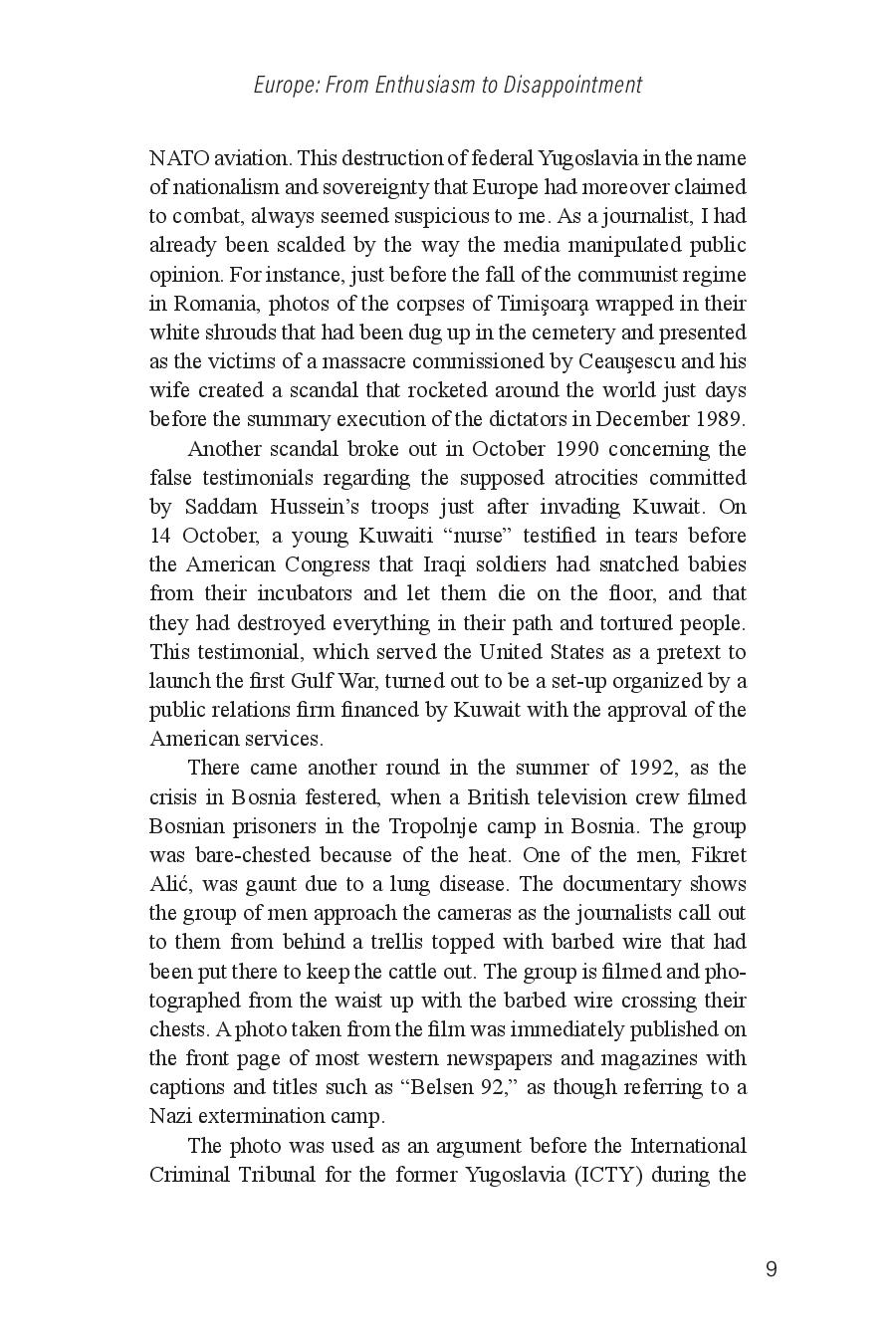 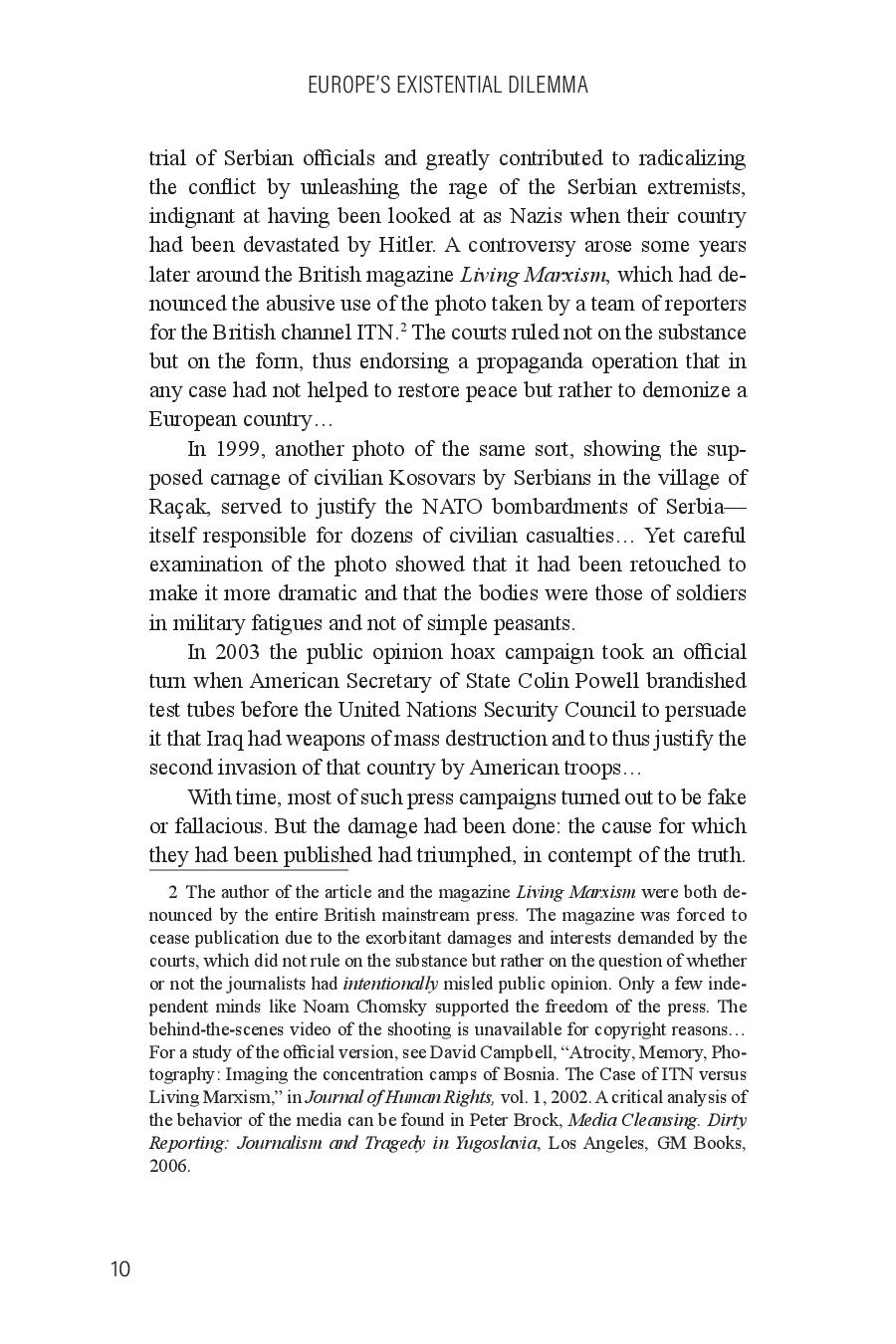 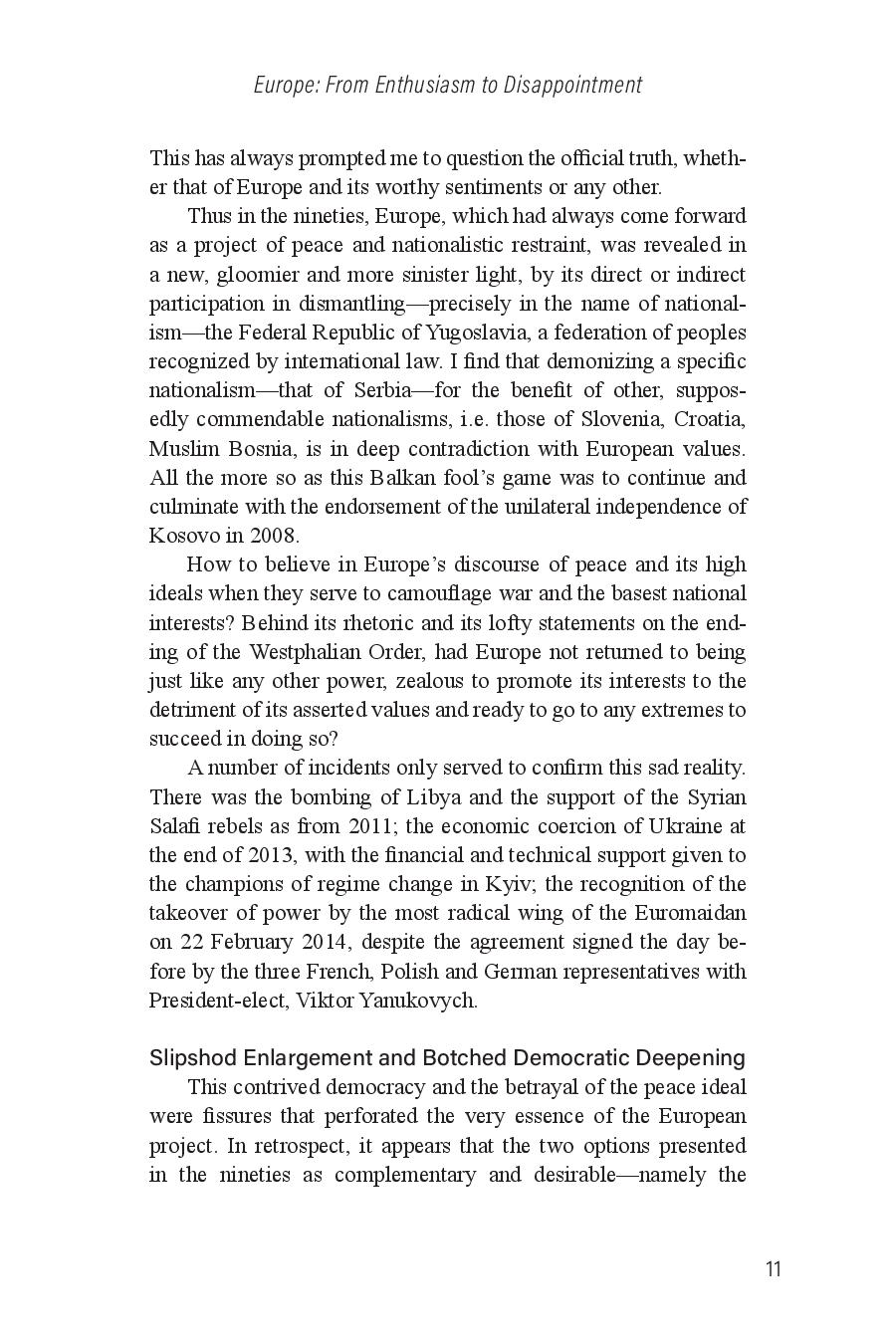 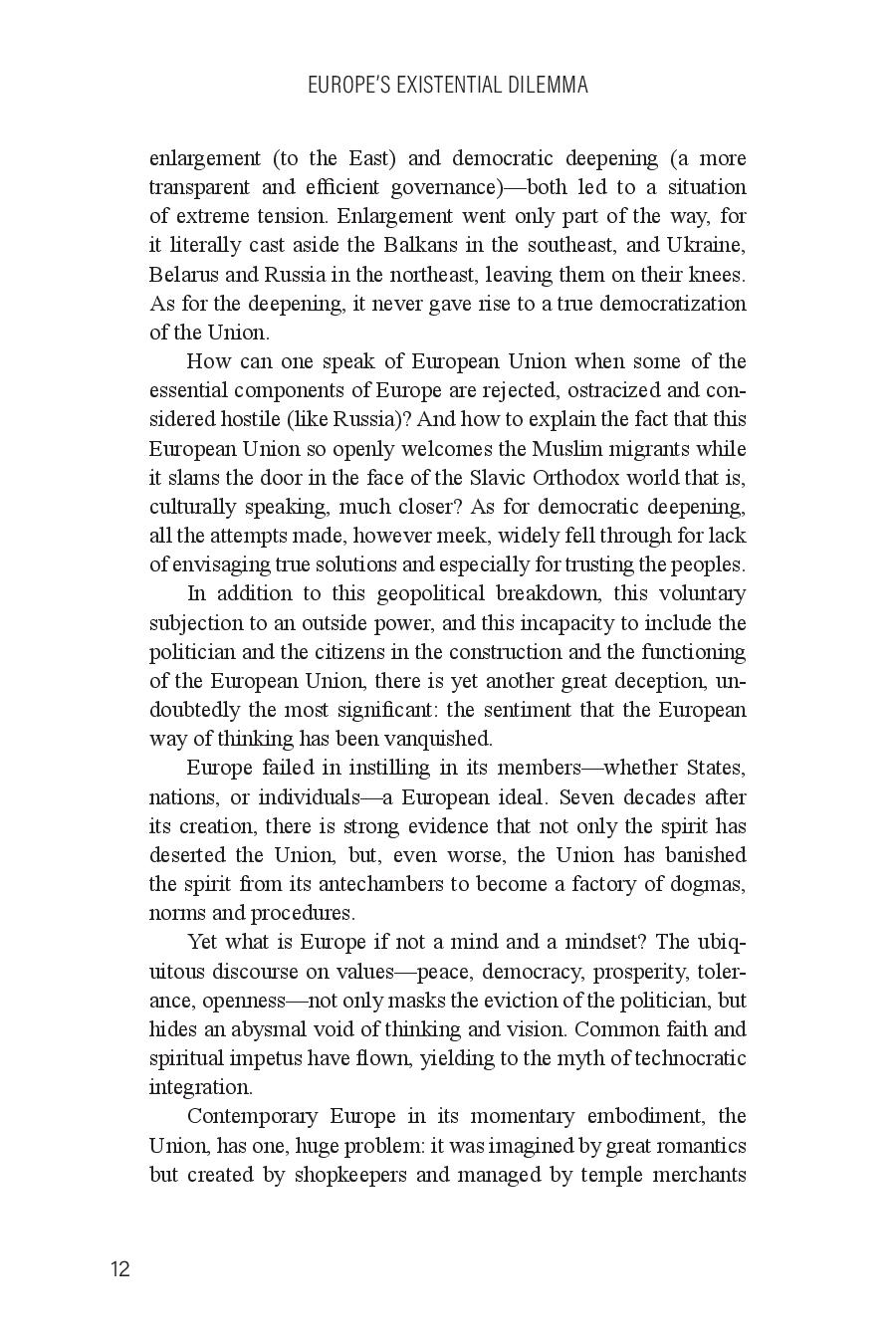 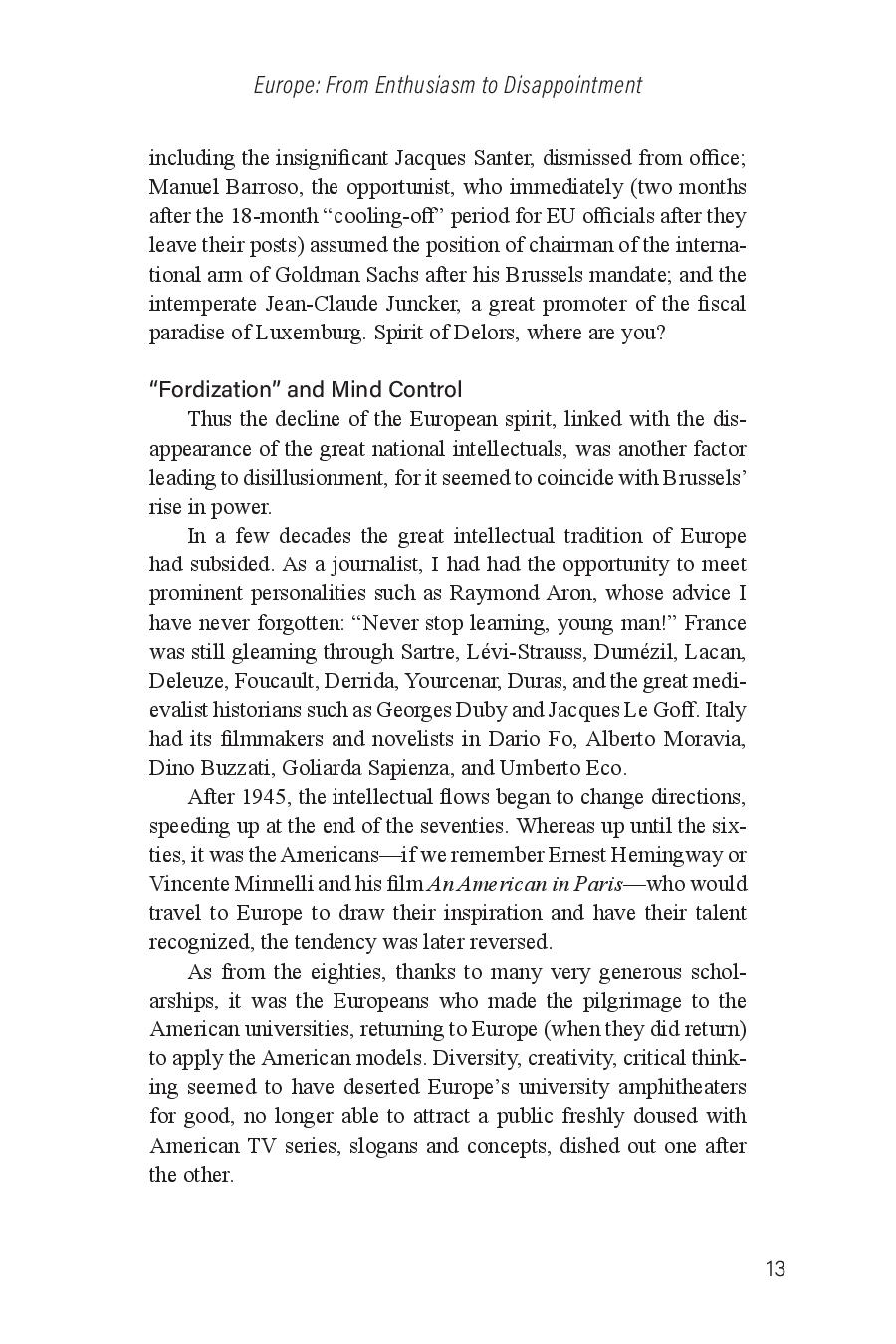 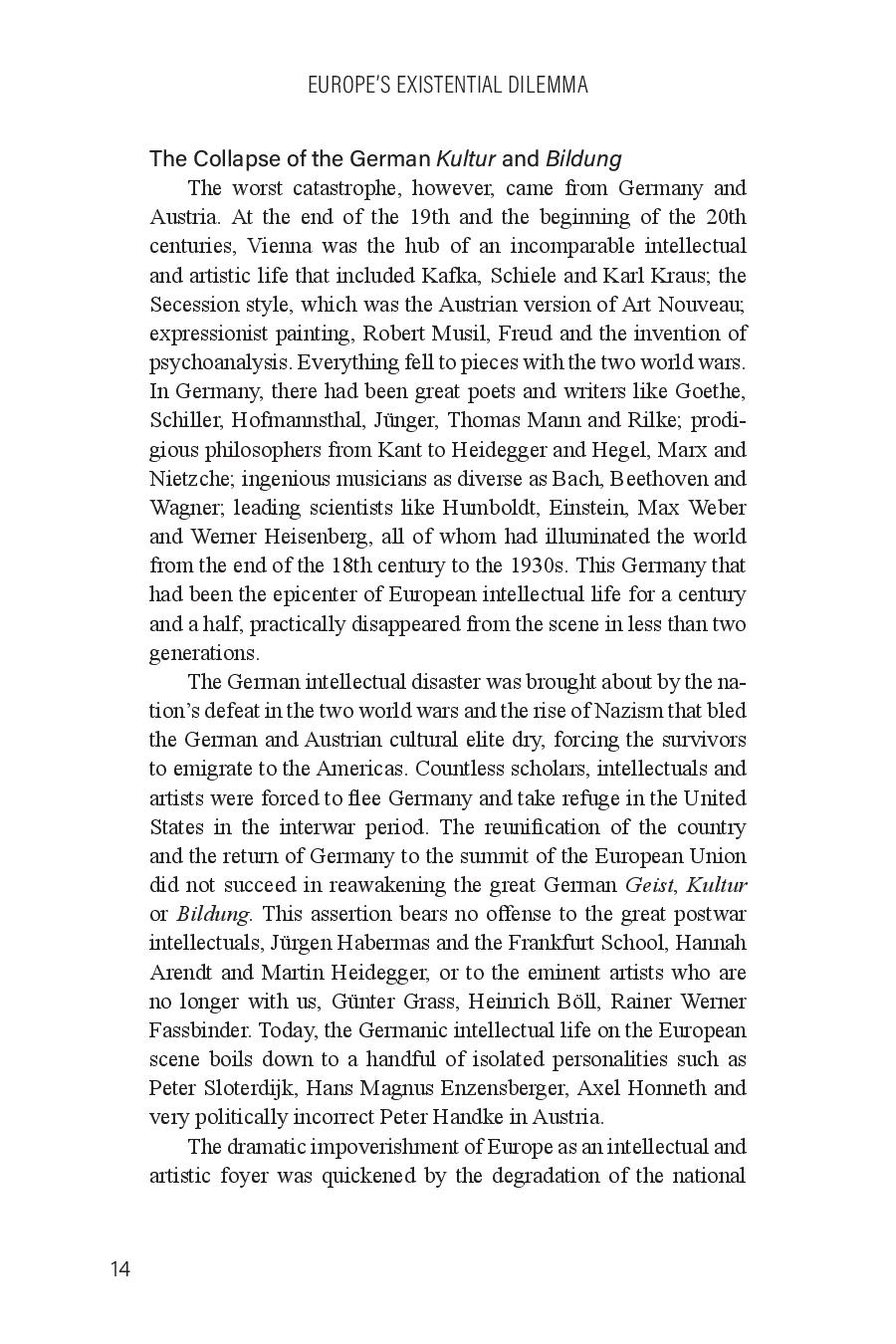 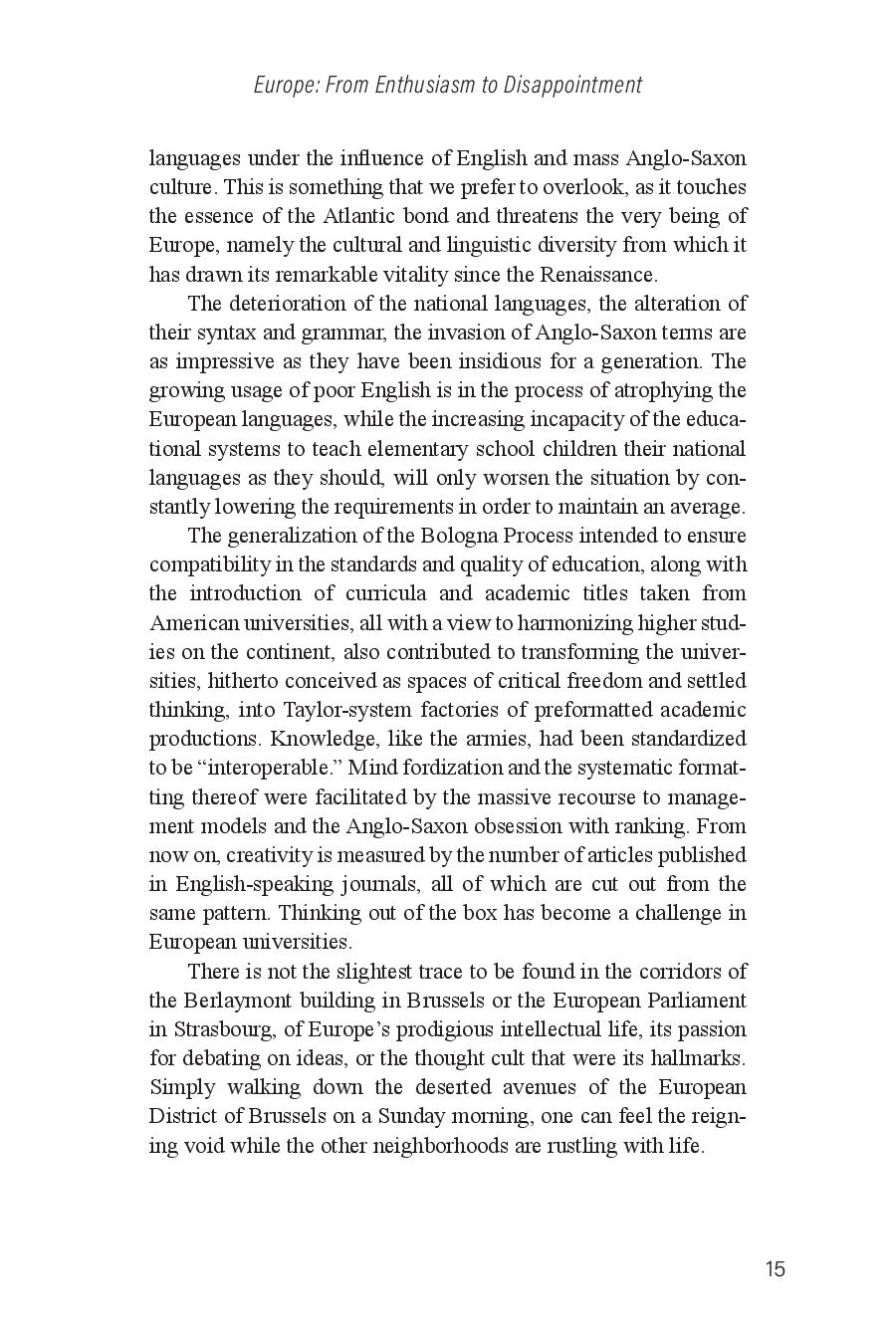 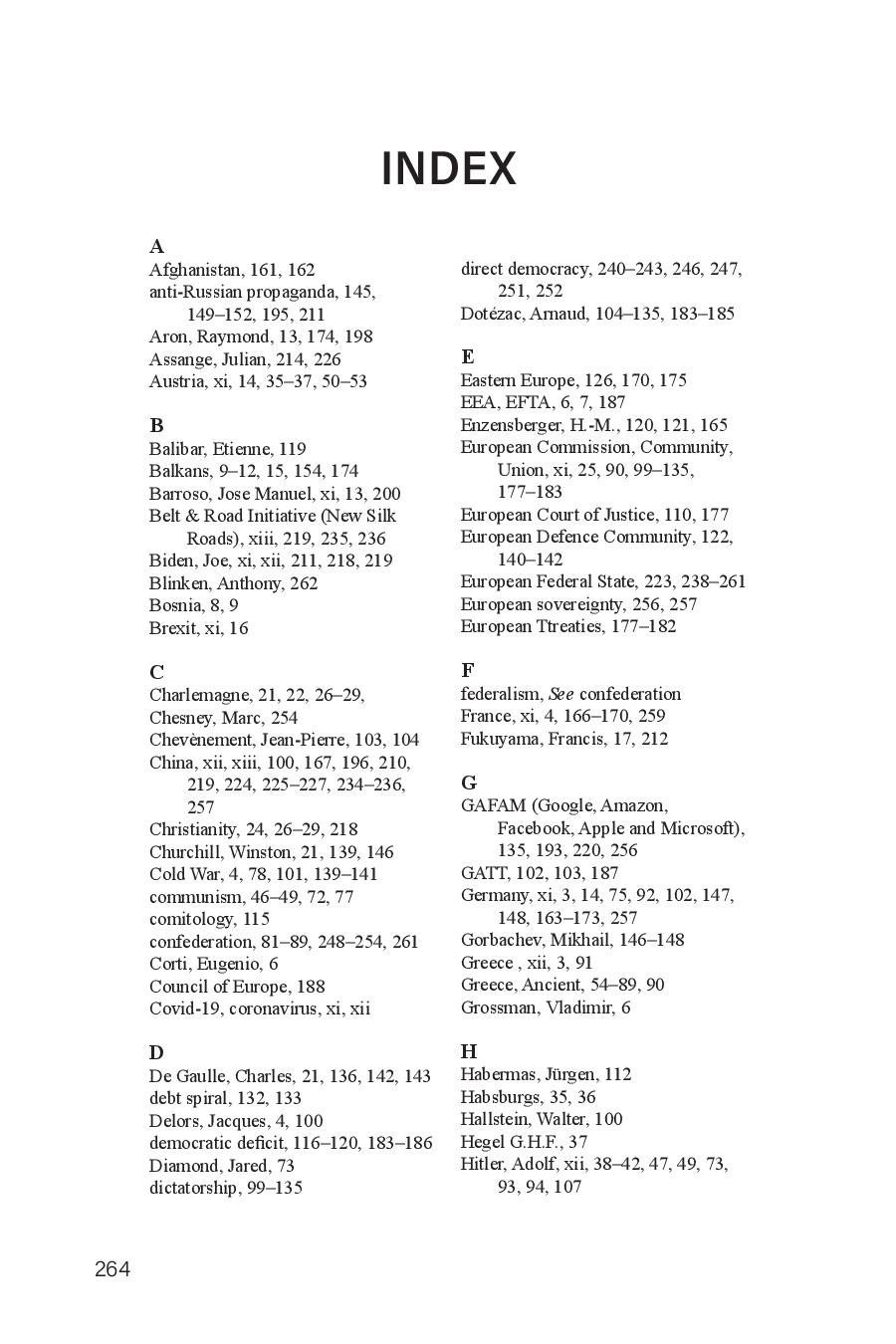 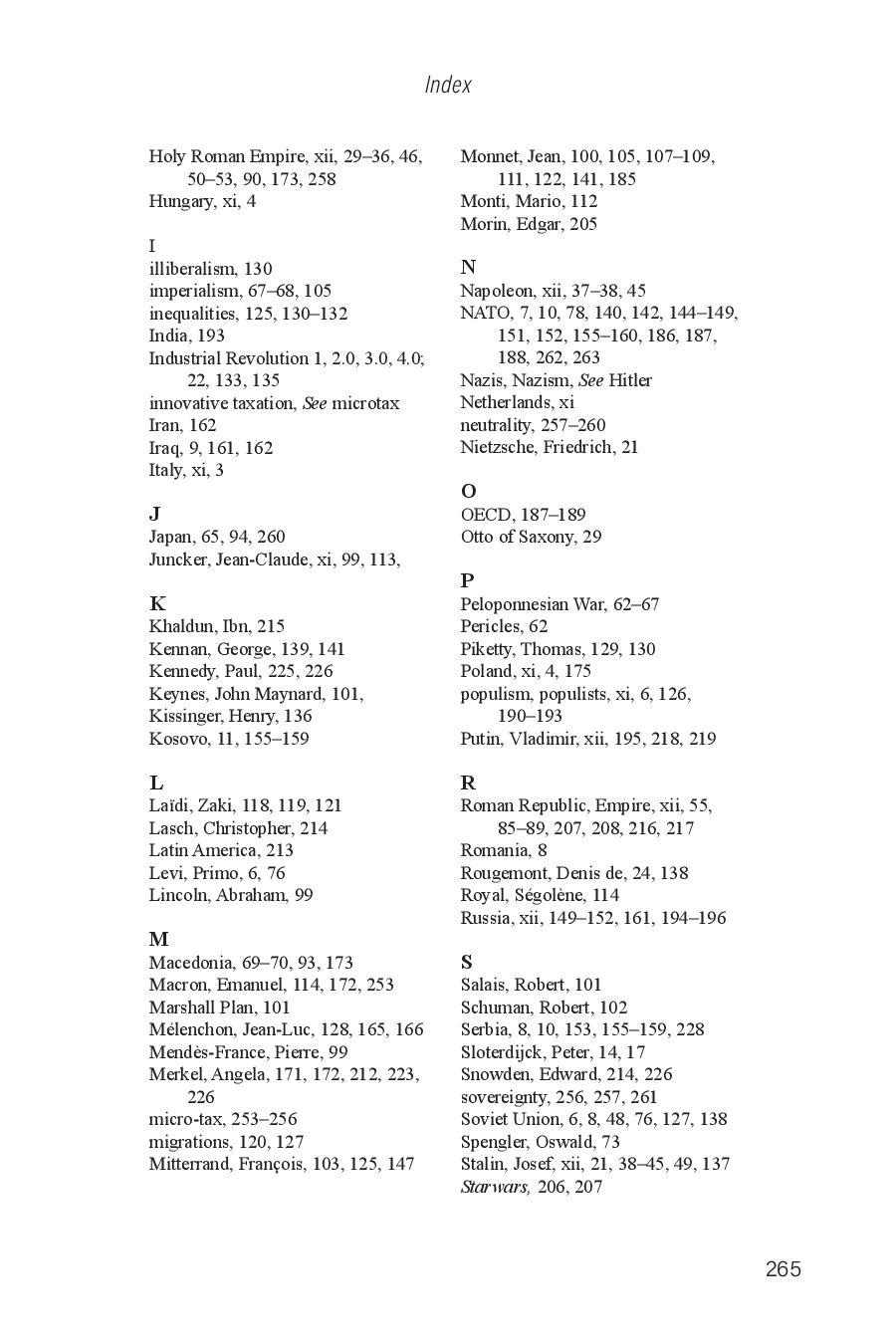 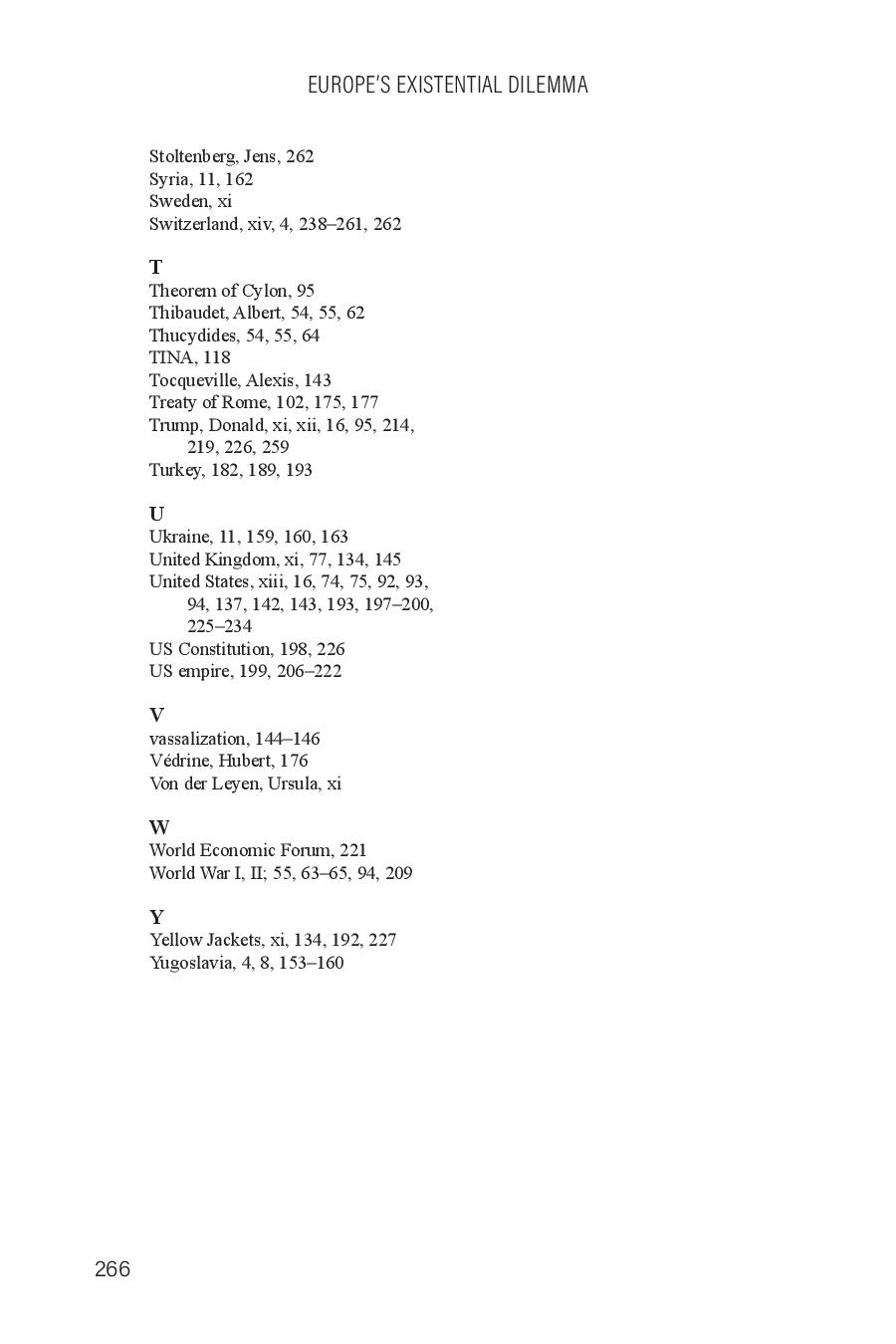 While Europe as a whole remains a first world economic power despite Brexit, it has been unable to build a truly democratic and efficient state or carry weight as a respected power on the international scene. Its splendid intellectual and artistic icons of the past two centuries are dimming in memory. No longer is Europe a radiant cultural Mecca for the world.

Mettan examines the problems confronting contemporary Europe—its democratic “deficit”; the stifling primacy of economics and law over politics; the sprawling expansion of an ever unsatisfactory governing institutions; its inability to secure peace within its territory; and far from least, the ongoing encroachment on its sovereignty by the United States.

Europe faces two possible futures. It can choose to lapse into insignificance, subservient to ever increasing US demands and ascendancy, unable to address its unique concerns in defense or energy policy while being denied potential economic benefits from a rising China and forced into ever deeper and dangerous confrontation with Russia.

Or Europeans, fully conscious of what is at stake, face up to Europe’s problems and create an institutional framework that will enable it to stave off its inevitable decline into vassalization—seizing the opportunity of the new space opened by the emerging Chinese power to create a truly democratic and sovereign federal union. Switzerland provides a model.

“This engaging book on Europe’s options encourages the reader to have the courage of his/her convictions and proactively defend and build upon Europe’s rich cultural and religious heritage.  This book is a must-read for all who want to understand the current crisis of identity and the importance of reaffirming European and in particular Swiss democratic traditions. Distinguished Swiss journalist and politician Guy Mettan, former President of the Geneva Grand Conseil,  is an optimist who believes in values, human rights, democracy and the rule of law.” ALFRED DE ZAYAS, former UN Independent Expert on the Promotion of a Democratic and Equitable International Order

While Europe as a whole remains a first world economic power despite Brexit, it has been unable to build either a truly democratic and efficient state, or to secure peace within its territory or to have impact as a respected power on the international scene. Its splendid intellectual and artistic icons of the past two centuries are dimming in memory, leaving it no longer a radiant cultural Mecca for the world. Starting with Brexit in 2016, the European Union is now exposed to an array of dismantling forces, including the possibility of further exits, the organized opposition of populist parties, and popular uprisings like those of the Yellow Jackets in France.

Mettan outlines the long history of attempts to unify the European continent, stretching from Charlemagne to Napoleon, Hitler and Stalin, predecessors to the current iteration. He specifies the routes they took, which were most promising and durable, and why they all collapsed.

Strikingly, he compares Rome’s early adulation and mimicry of ancient Greece, followed by its steady encroachment and final absorption of it, to the current trajectory of relations between Europe and the United States, noting the increasing penetration of American culture and exer-extending application of its laws. The European Union has allowed the United States to tell Europeans how they are to progress, with whom they are to collaborate, and against whom they should go to war. The European learning process Is winding up rather dismally with no happy ending in sight.

Mettan raises these questions: Is Europe capable of ensuring security and prosperity? Do its institutions respect the internal political and social balances? Are its standards set to meet the needs of one and all or of only a few? Is Europe in a position to respond to external pressure? Indeed, whither Europe? And most telling of all:  can Europe escape American domination?

There is a possibility: build a federal state based on democratic participation of the peoples and a partnership with all members of European community including Russia. Share the political power and economic benefits with the peoples instead of fighting them, so that staying within Europe is in actuality in their best interest. What is the only way to build an effective state and to recover a full sovereignty free from all types of foreign influence? Mutual benefit.

GUY METTAN is a journalist and Swiss politician. Former director and editor-in-chief of the main Geneva newspaper Tribune de Genève, he is presently the executive director of the Geneva Press Club and columnist for various Swiss newspapers. Member of the Geneva Parliament since 2001, he was the speaker of the Parliament in 2010 and author of several books, most lately this successful book on western russophobia originally published by Editions des Syrtes. There are now French, Italian, Russian, Serbian, and Swedish editions of this title, in addition to this one in English.