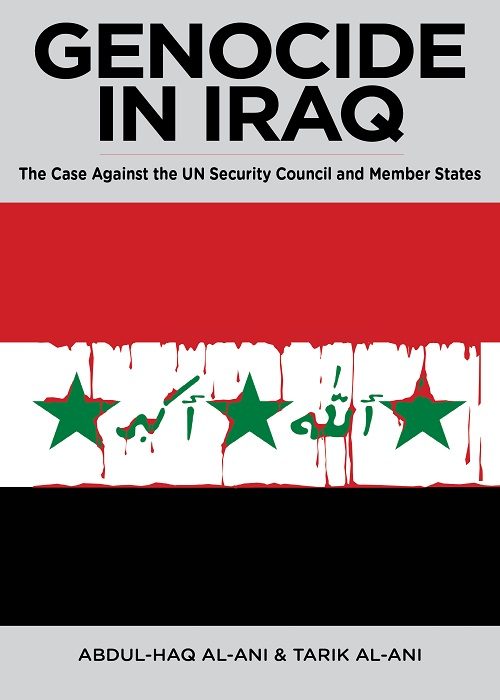 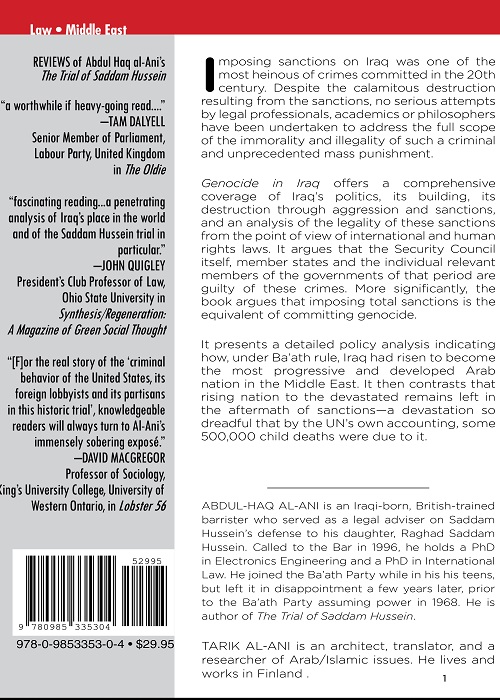 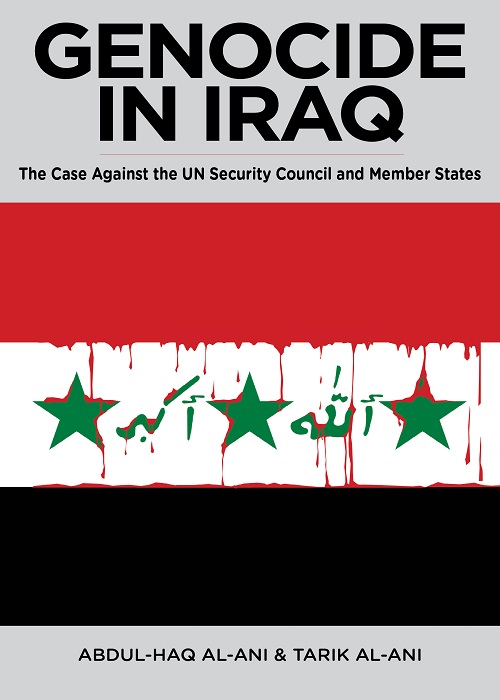 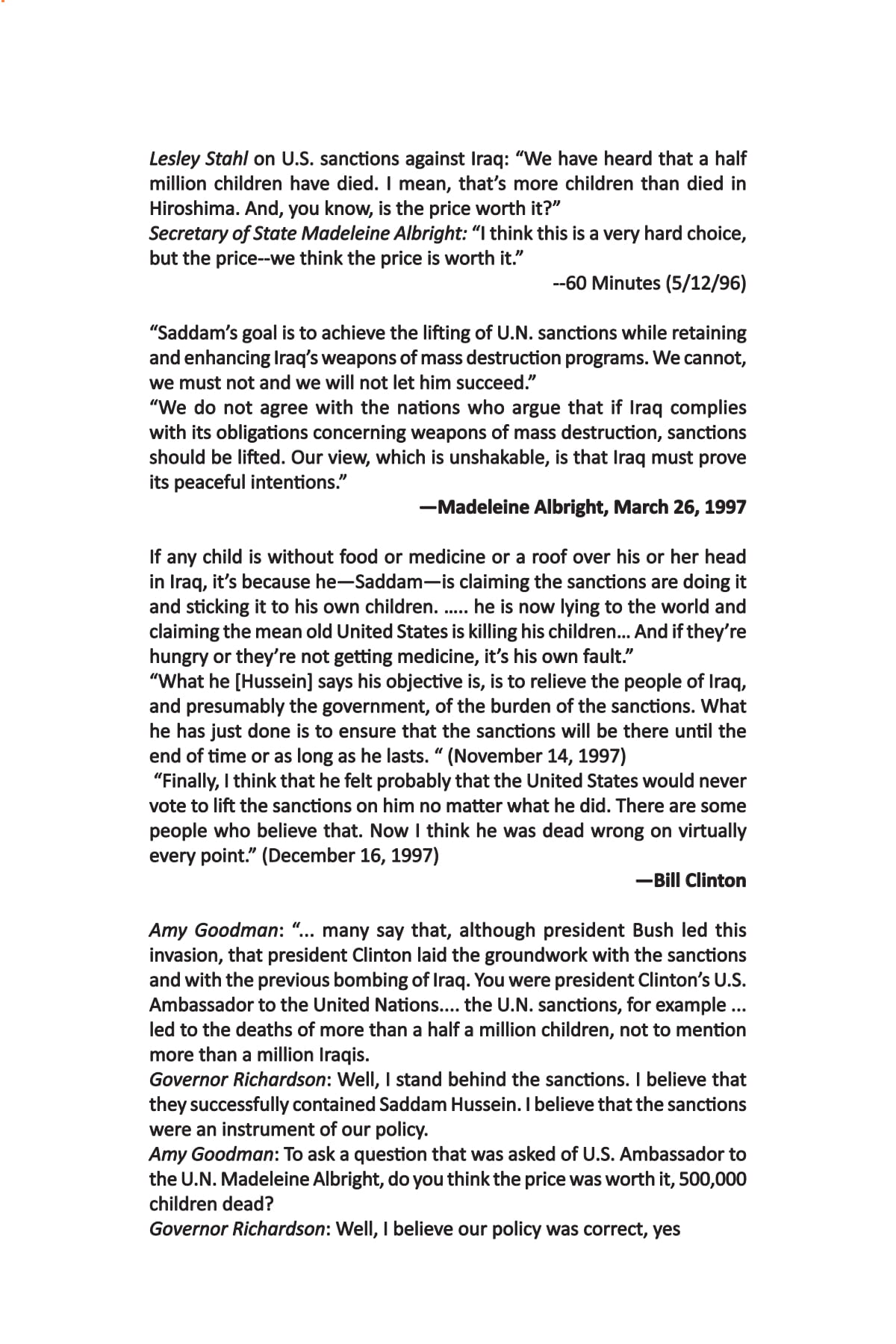 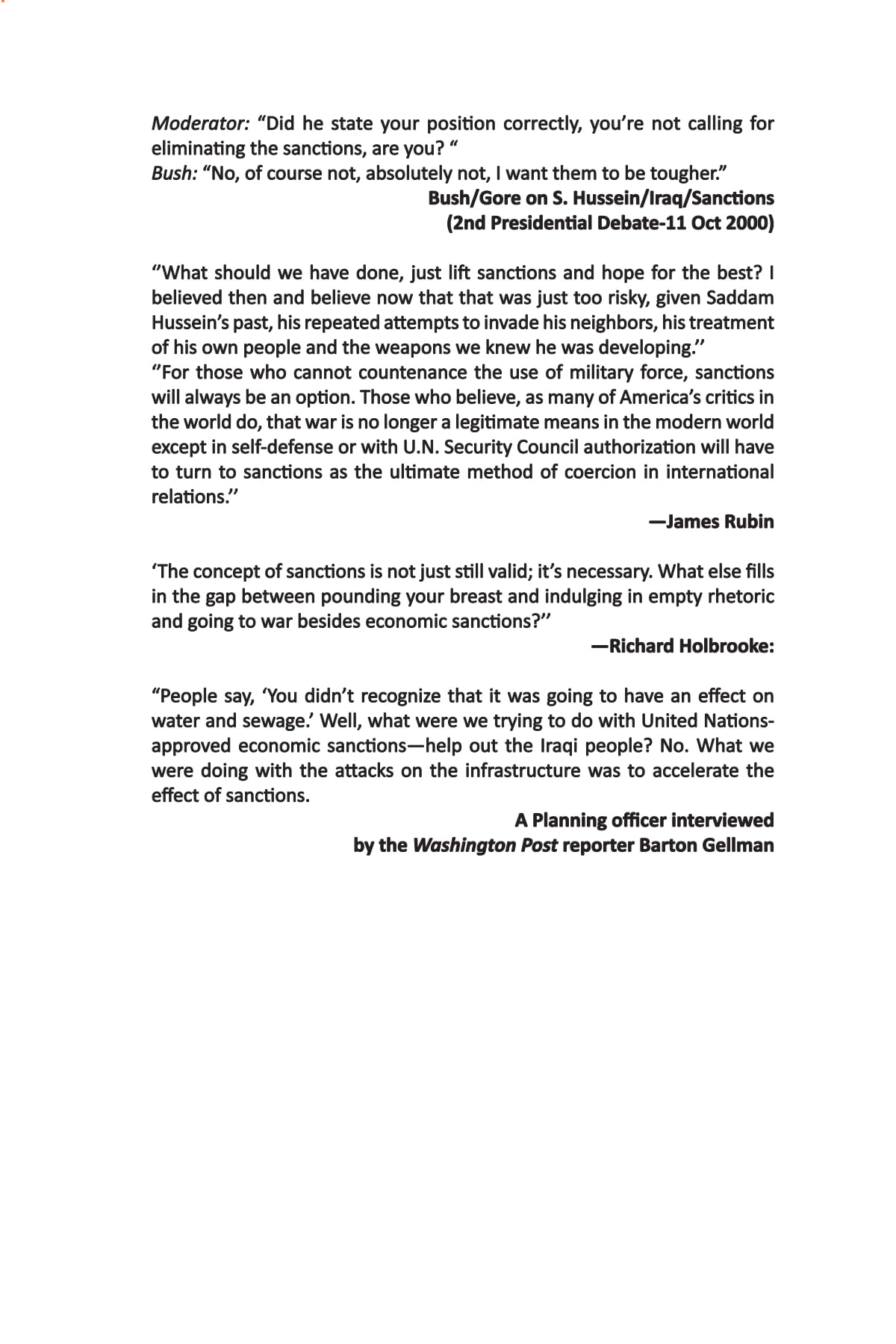 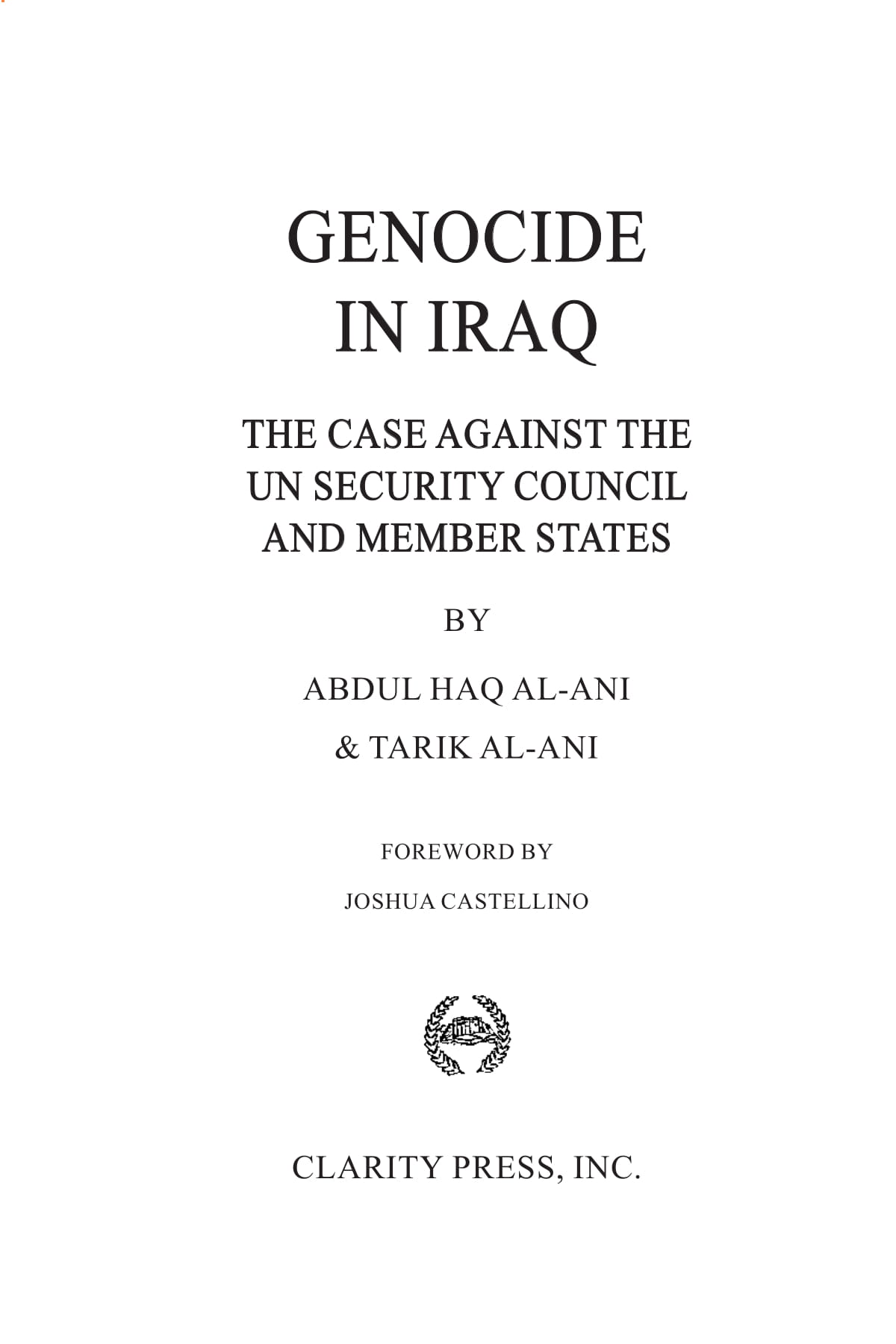 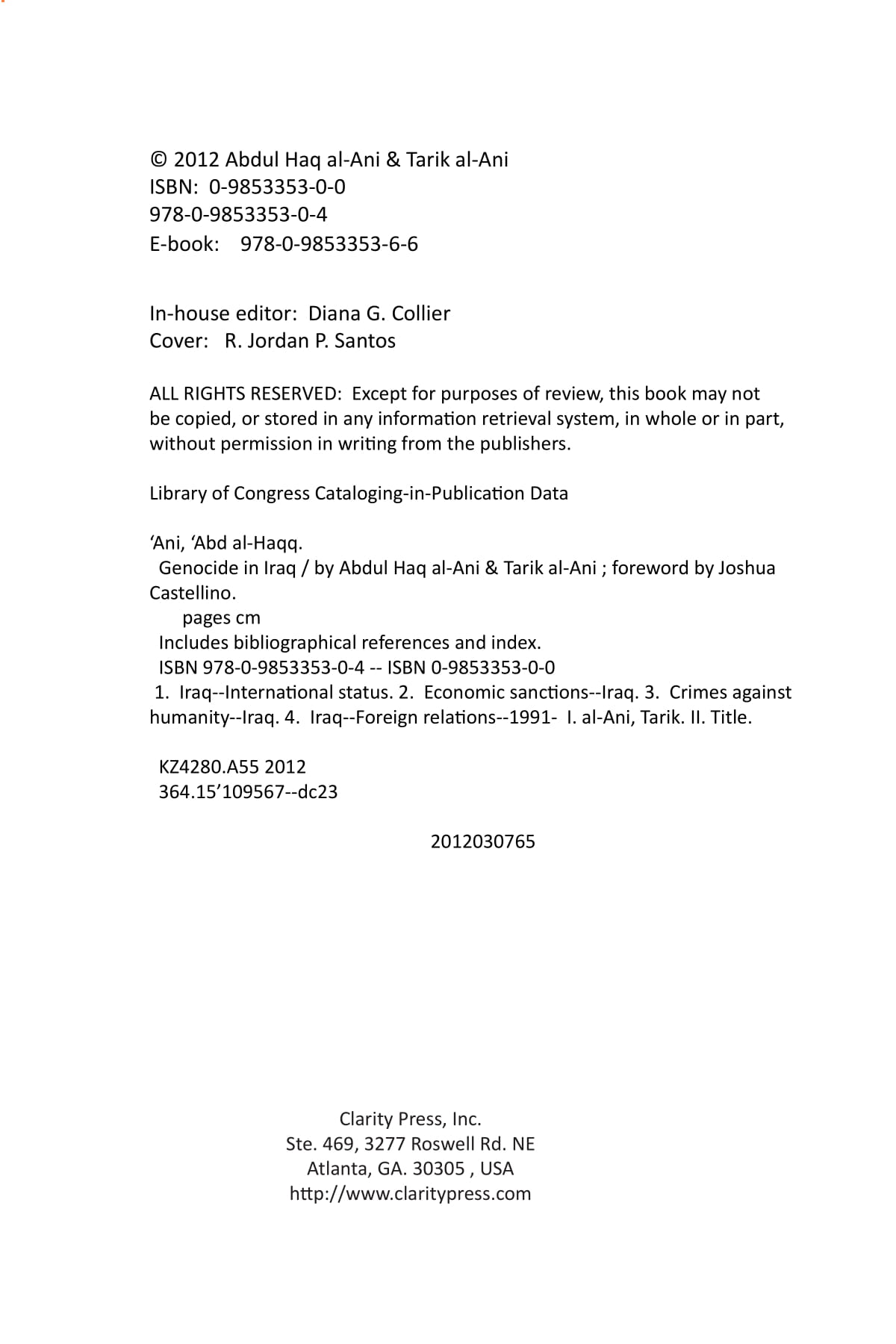 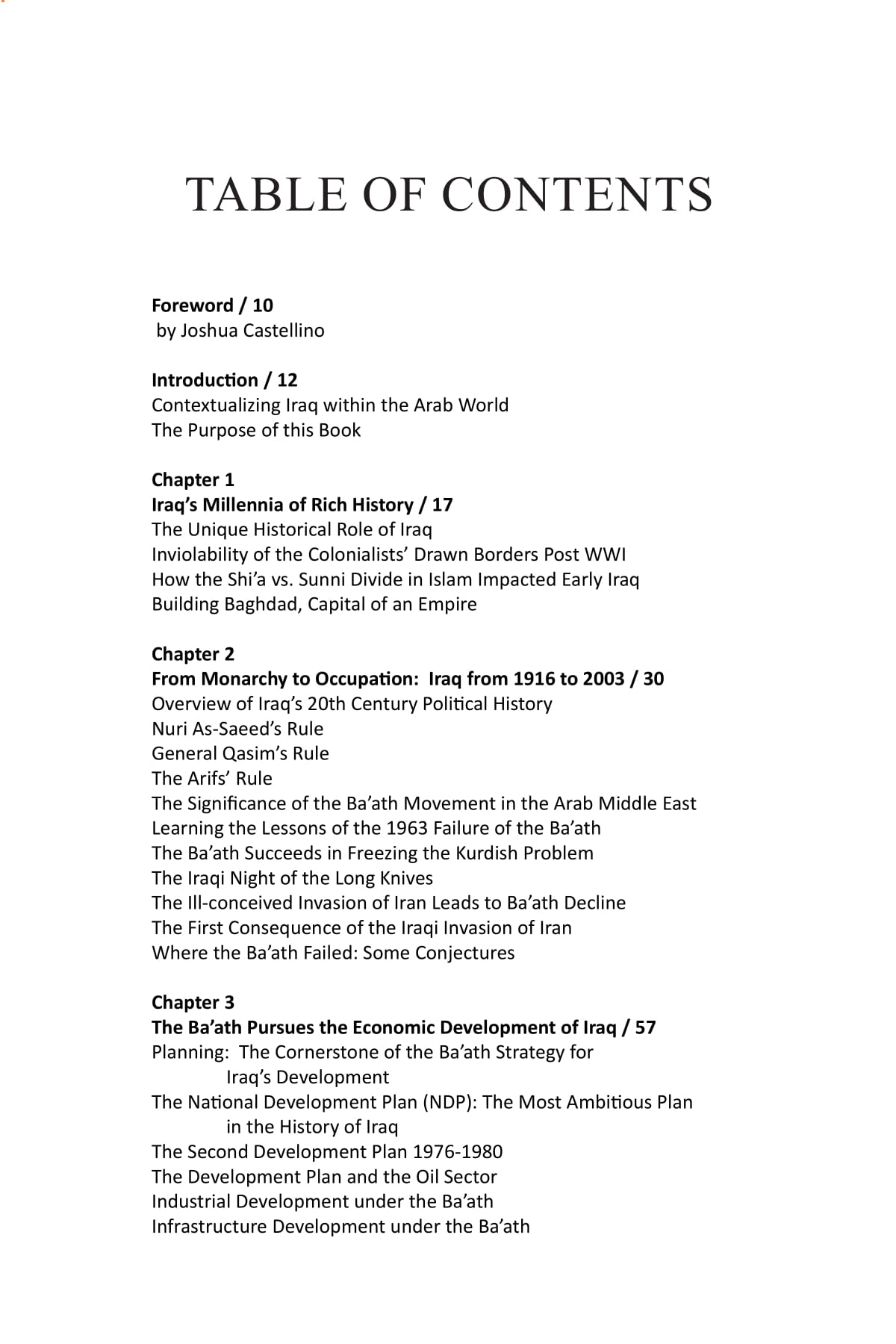 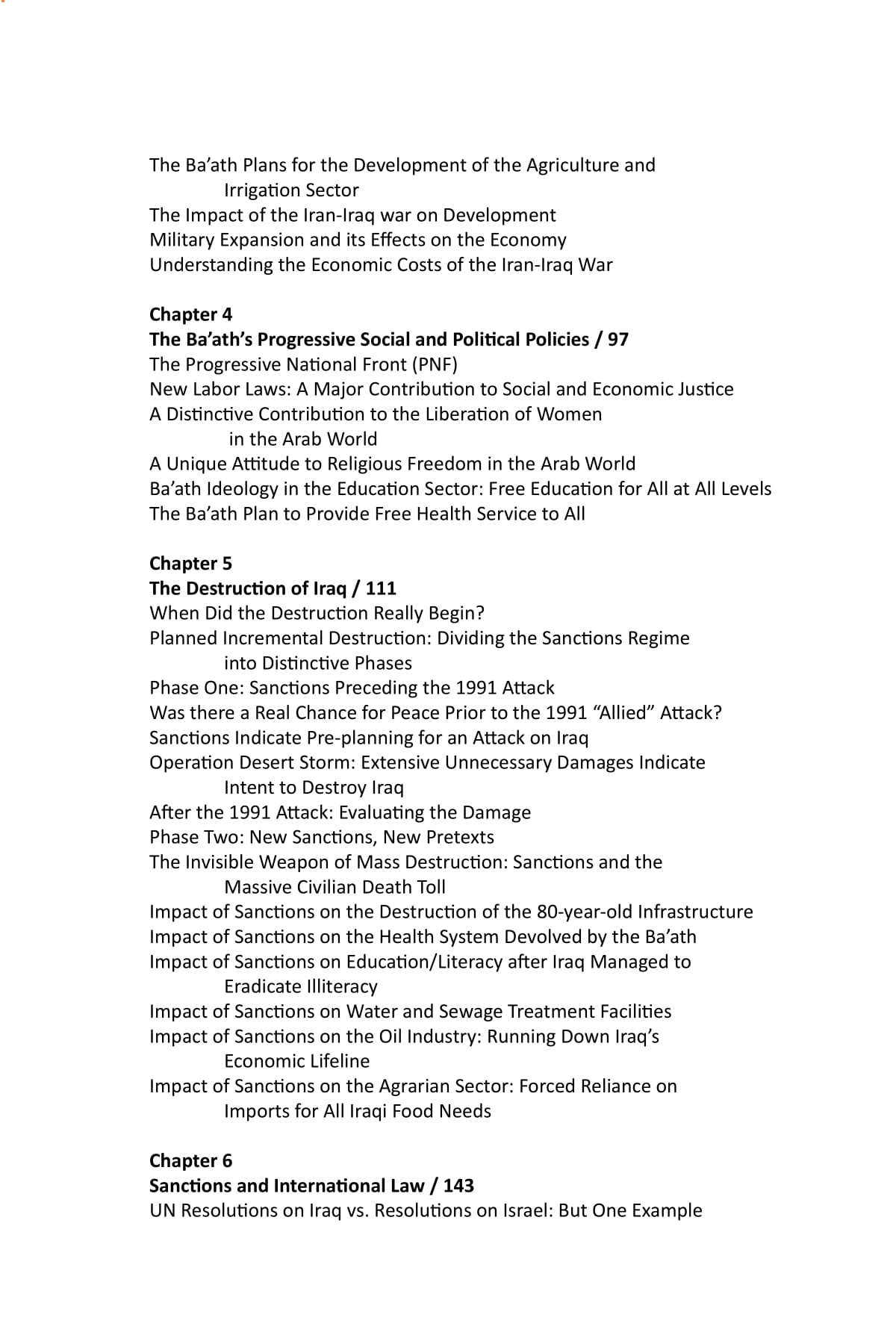 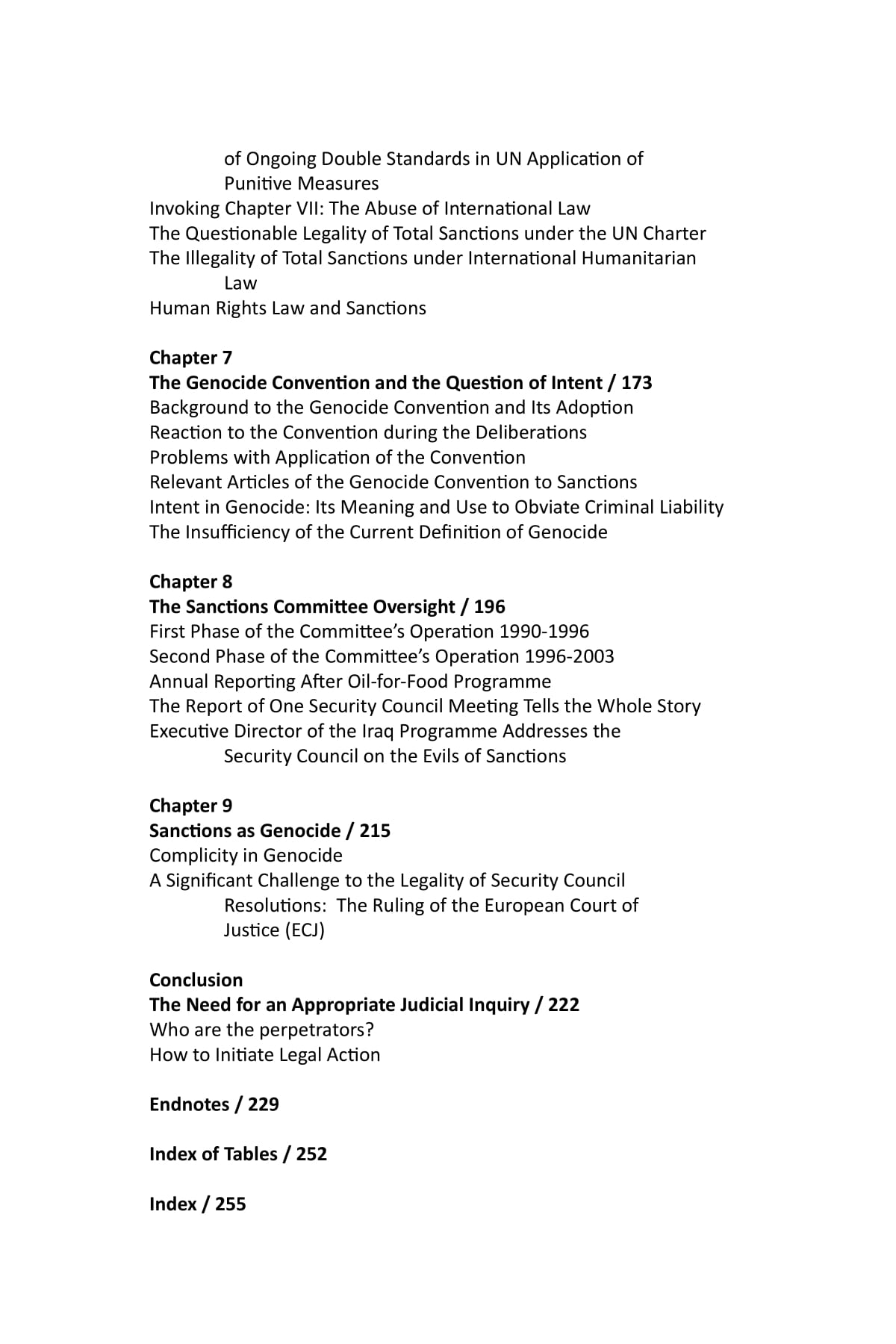 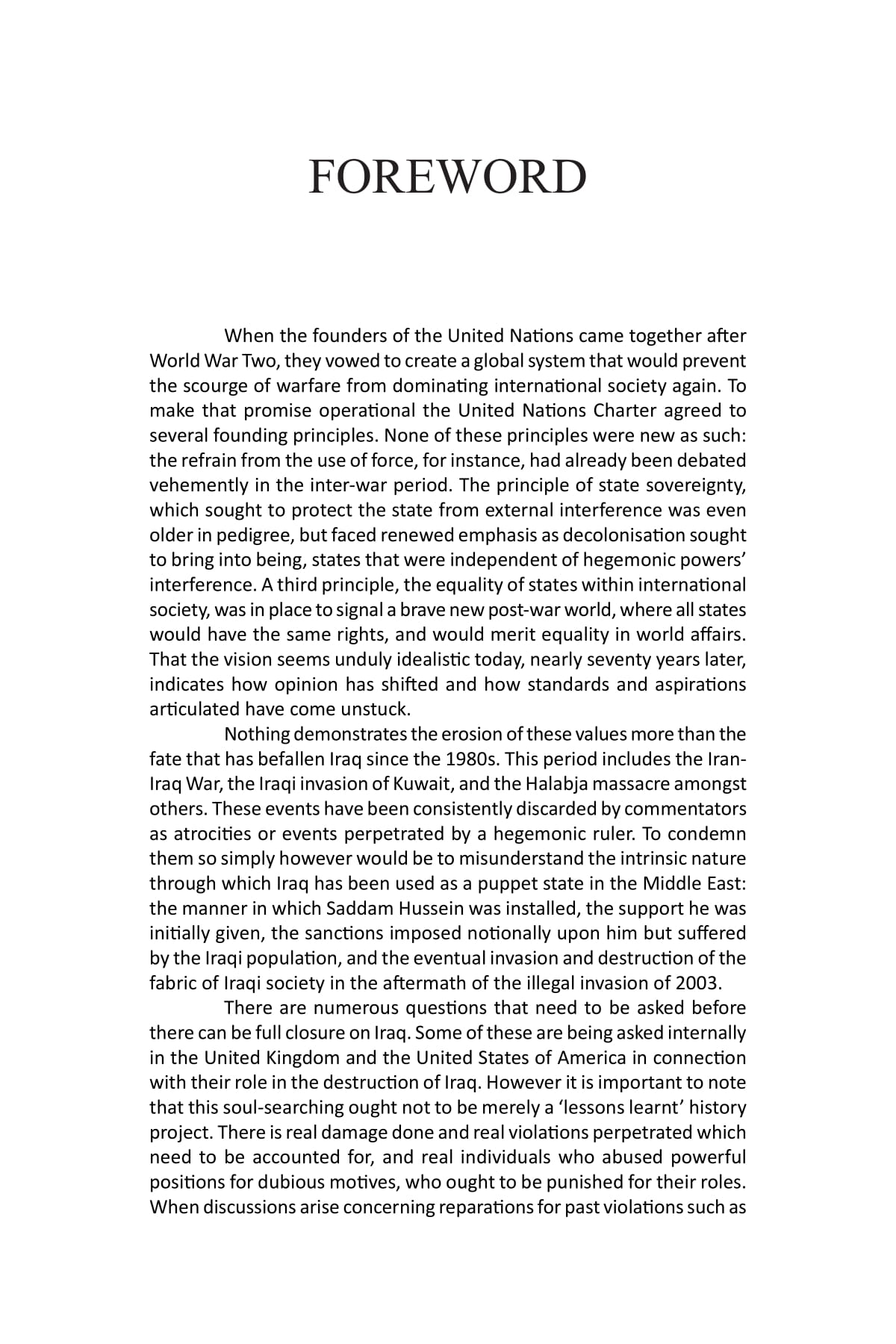 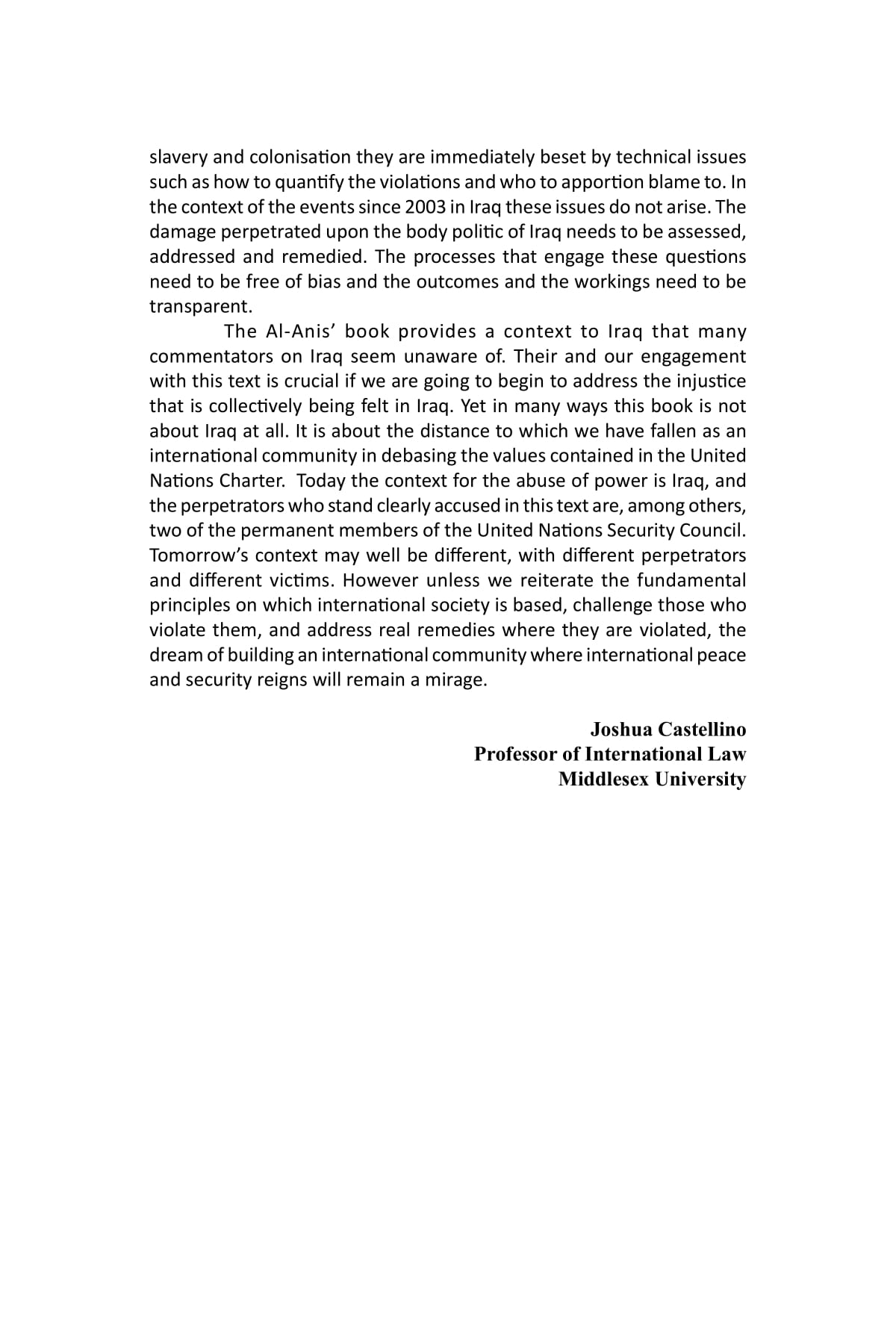 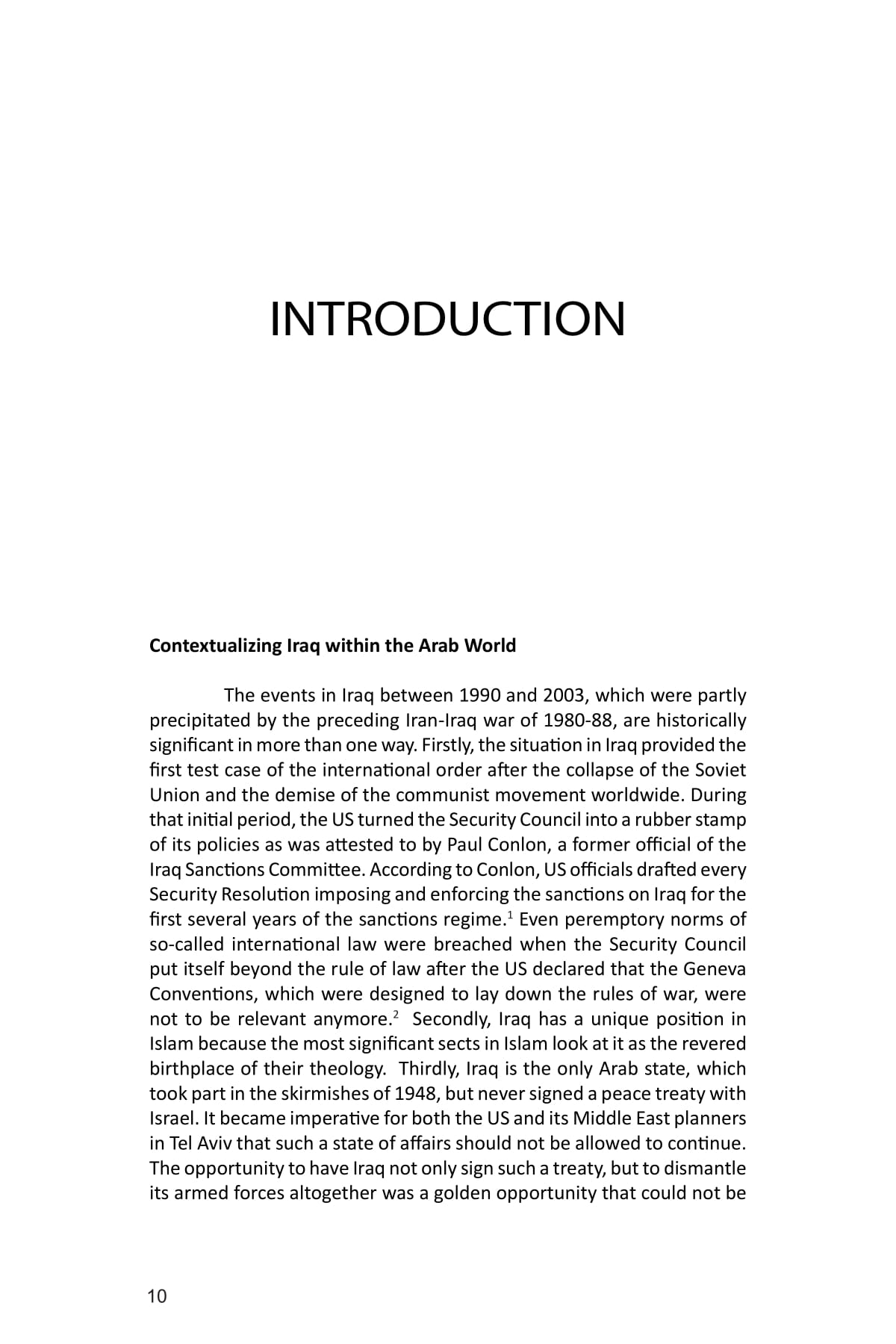 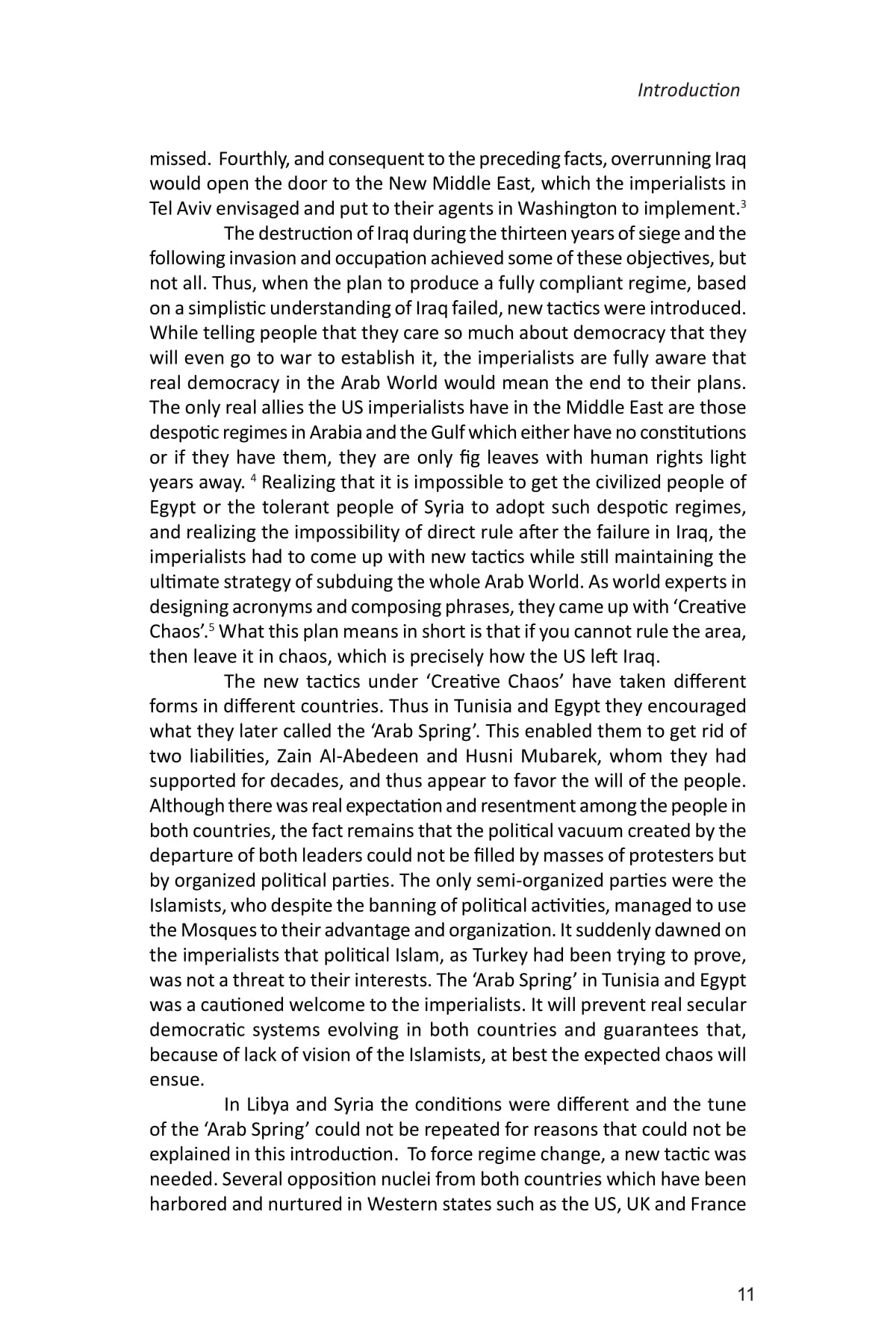 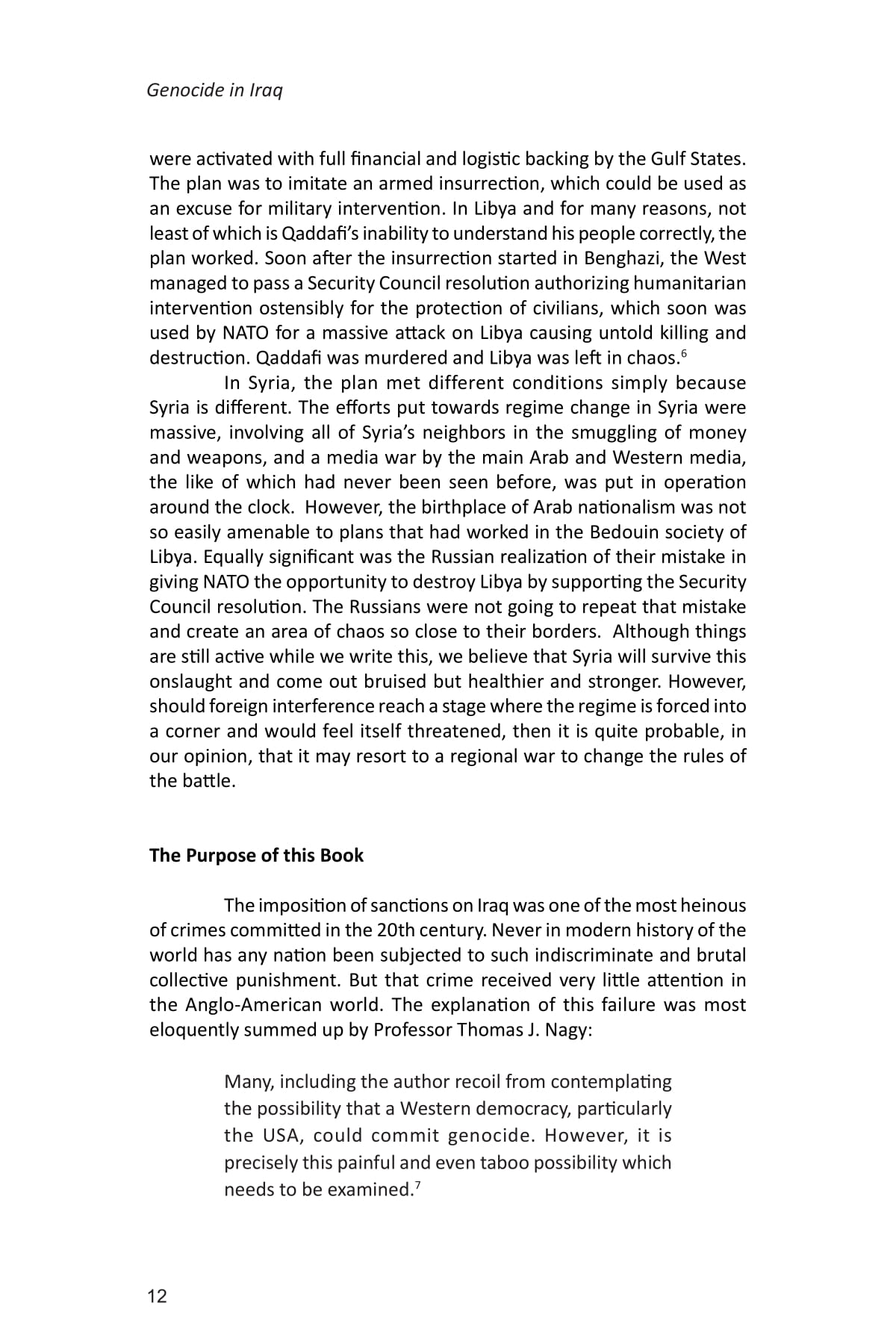 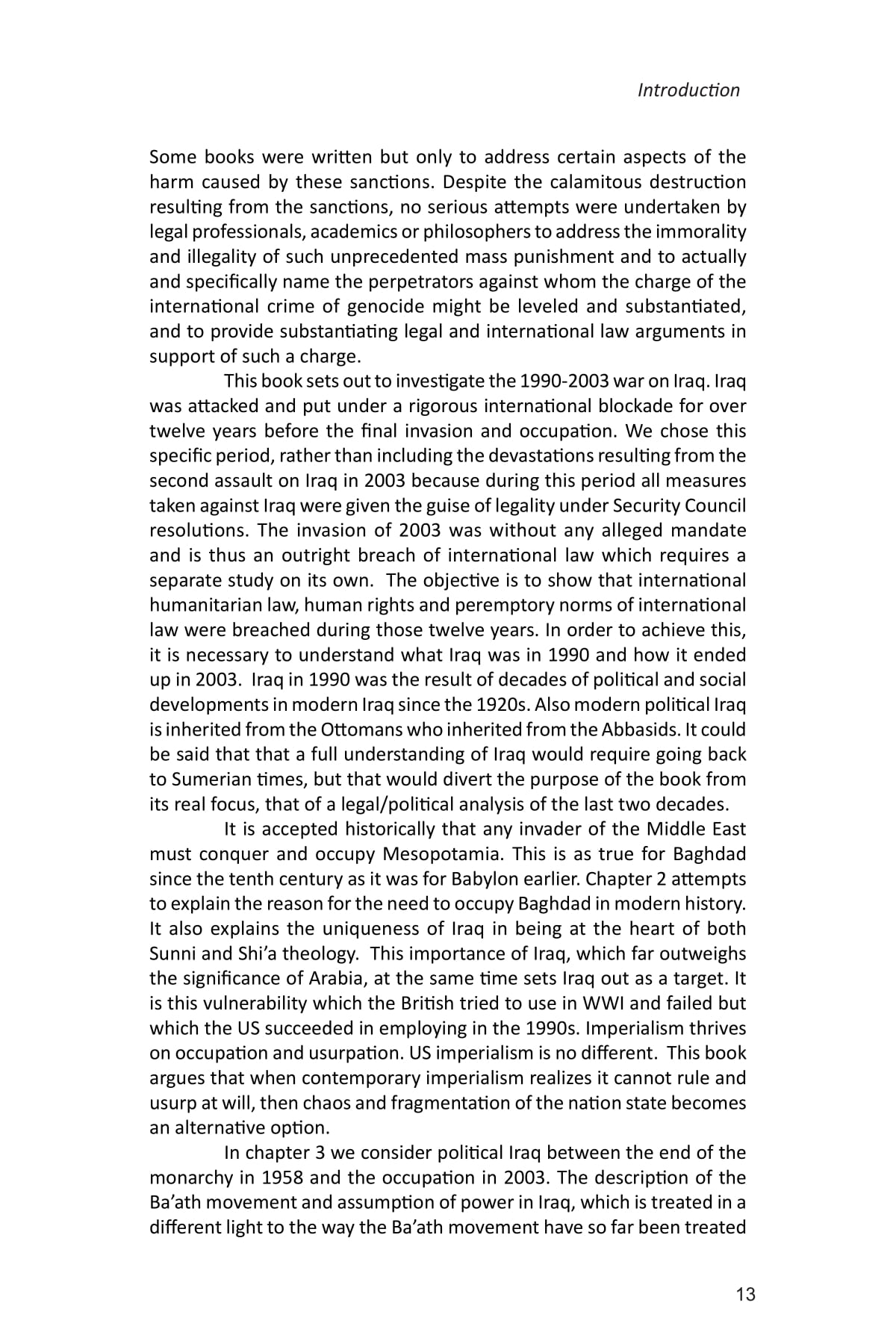 This was one of the most heinous crimes of the 20th century, yet has received little coverage in the western press. The real weapon of mass destruction in Iraq was not nuclear, but the Security Council-enforced sanctions, that were knowingly maintained by the Security Council even as they killed  over one million Iraqis, including 500,000 children, according to the UN’s own administrators.  It was a price then US Secretary of State Albright infamously said was one “we are willing to pay.” This will be the authoritative book on genocide in Iraq.

Imposing sanctions on Iraq was one of the most heinous of crimes committed in the 20th century. Yet it has received little attention in the Anglo-American world. Despite the calamitous destruction resulting from the sanctions, no serious attempts by legal professionals, academics or philosophers have been undertaken to address the full scope of the immorality and illegality of such a criminal and unprecedented mass punishment.

Genocide in Iraq offers a comprehensive coverage of Iraq’s politics, its building, its destruction through aggression and sanctions, and an analysis of the legality of these sanctions from the point of view of international laws and human rights laws. It presents a detailed policy analysis indicating how, under Ba’ath rule, Iraq had risen to become—before 12 years of total sanctions were globally enforced—the most progressive and developed Arab nation in the Middle East. It then contrasts that rising nation to the devastated remains left in the aftermath of sanctions, which nonetheless was yet to endure, in 2003, the full force of the American “shock and awe” invasion.

The book explains why, in modern times, imperialist powers felt it was necessary to occupy Baghdad. It also puts forward the uniqueness of Iraq as at the heart of both Sunni and Shi’a theology, arguing it was this very centrality of Iraq, which far outweighs the significance of Arabia in socio-economic, religious and geostrategic dimensions, that at the same time makes Iraq a target.

It details the building of Iraq by the Ba’ath regime, part of which was done with remarkable speed, putting to rest the argument that other countries in the area were developed at a similar pace. It also details the devastation of Iraq by 2003 after 12 years of sanctions—a devastation so dreadful that already in 1996, by the UN’s own accounting, some 500,000 children under the age of 5 had died as a result; a devastation so pervasive and overwhelming that two of the UN’s own key administrators of the sanctions program, Denis J. Halliday and Hans von Sponeck, resigned in protest.

No other book published in English has made such an in-depth research and comparison of the two eras. Although previous books may have touched on the breach of international law through sanctions, this book, while making similar arguments on the breach of international humanitarian law and human rights law, goes further and argues that the Security Council itself, member states and the individual relevant members of the governments of that period are guilty of these crimes. More significantly, the book argues for the first time that imposing total sanctions is the equivalent of committing genocide. It challenges the argument by some Anglo-Americans that there is any need to establish specific intent to establish the crime of Genocide. In its section dealing with the Sanction Committee, it demonstrates how one man at any time could hold the whole of Iraq to ransom by denying the export of items so vital to the basic survival needs of millions.

The little that has been written has concentrated on a single aspect of the effects or consequences of the sanctions; mostly in articles in dedicated journals whose readership is limited. But as the crime of genocide is one on which there is no statute of limitations, it is hoped that this book will serve not only as an indictment of and barrier to future global imposition of sanctions, but also as a tool in bringing the actual perpetrators of this crime to a Nuremberg-style day of judgment.

Abdul-Haq al-Ani is an Iraqi-born, British-trained barrister who served as a legal adviser on Saddam Hussein’s defense to his daughter, Raghad Saddam Hussein. Called to the Bar in 1996, he holds a PhD in Electronics Engineering and a PhD in International law. Founding editor of The Arab Review, he has written widely on culture, politics and religion. He joined the Ba’ath party while in his his teens, but left it in disappointment a few years later,prior to the Ba’ath Party assuming power in 1968. He is author of The Trial of Saddam Hussein and the two-volume Genocide in Iraq, co-authored with Tarik al-Ani.

Tarik Al-Ani is an architect by profession, a translator, and a researcher of Arab/Islamic issues, who has been a strong opponent of the genocidal sanctions and the wars against Iraq.He has publicly written and talked about these issues in Finland where he works and lives.Joshua Castellano is Professor of Law and Head of the Law Department, MiddlesexUniversity, UK.

THE TRIAL OF SADDAM HUSSEIN