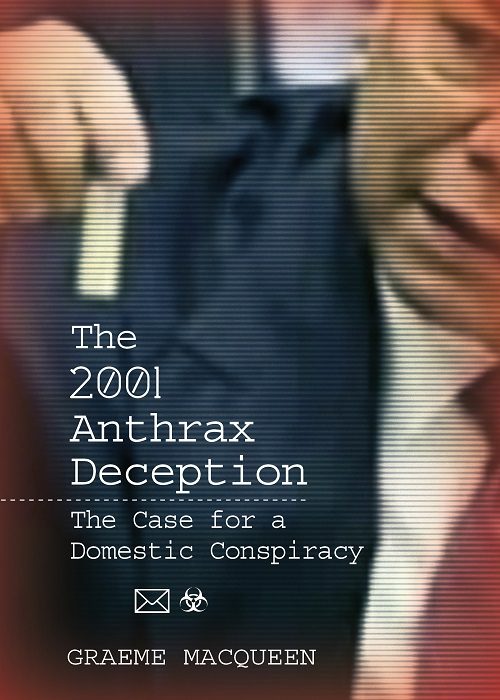 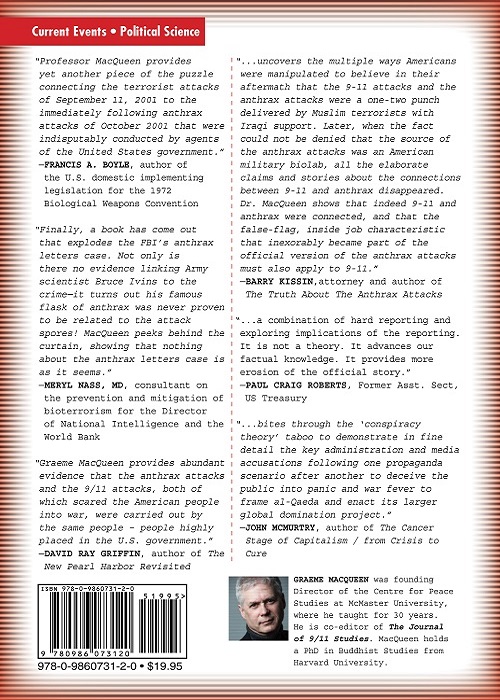 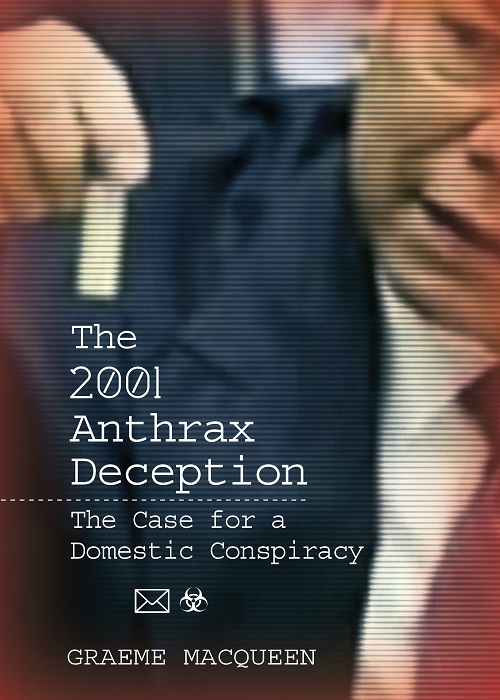 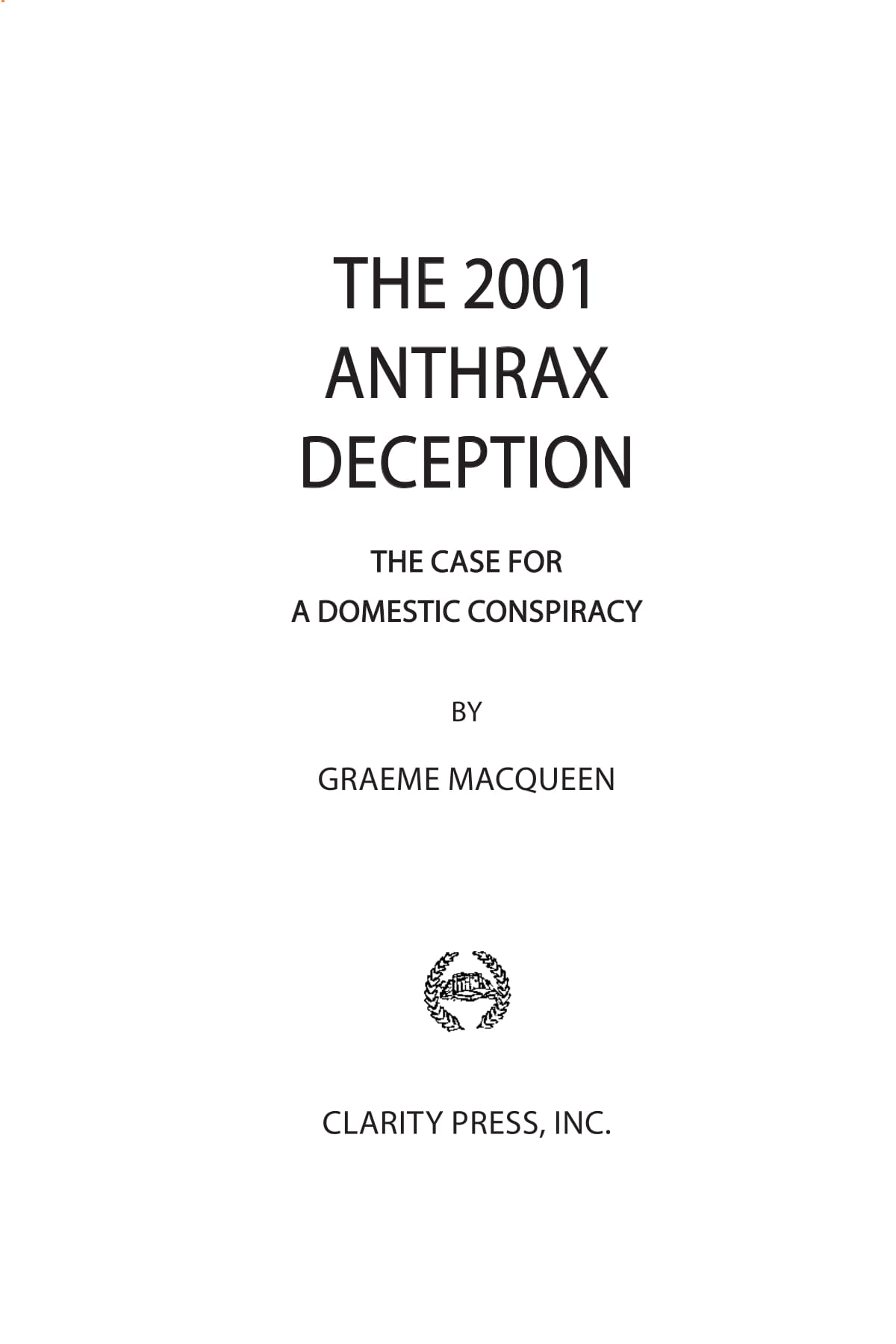 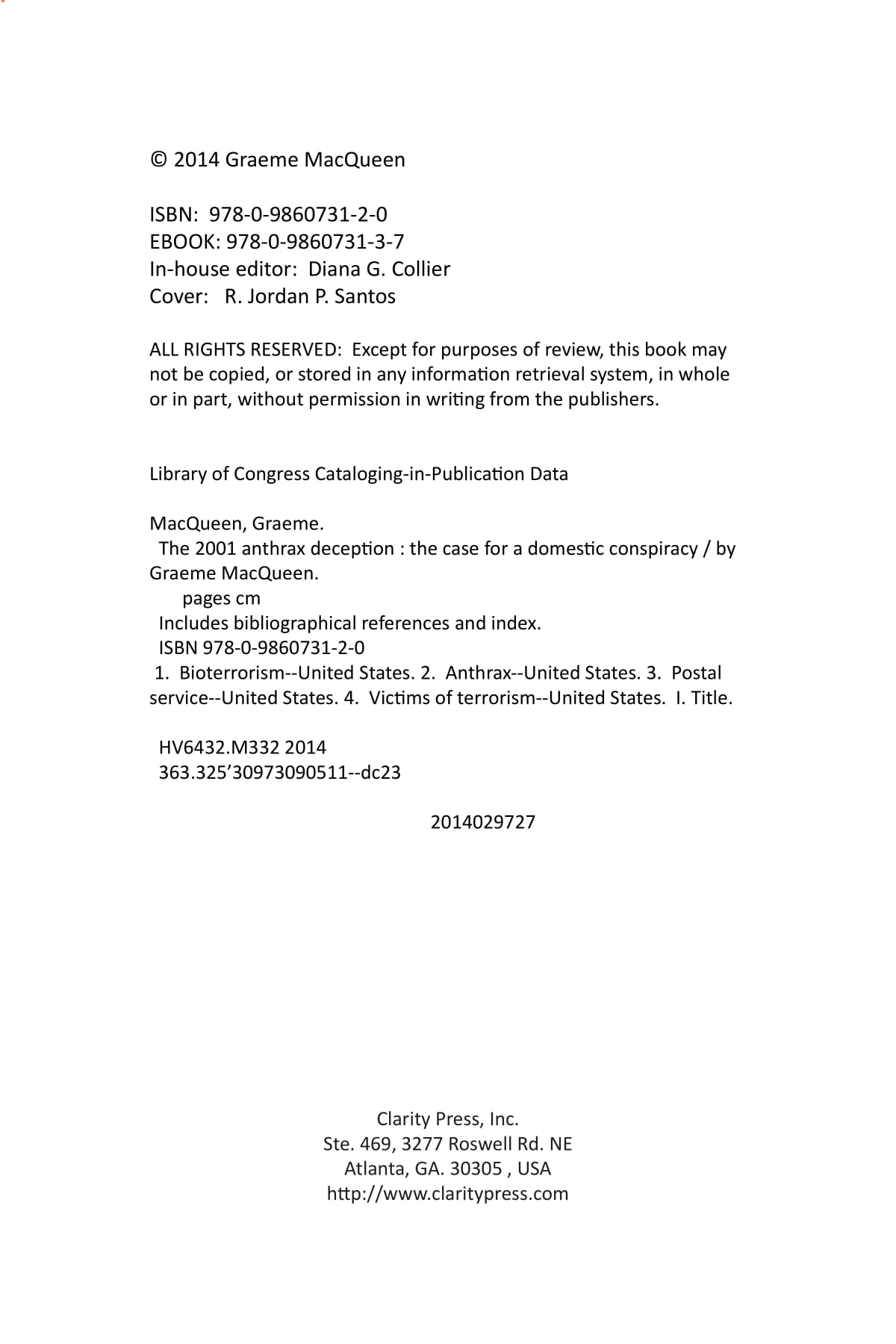 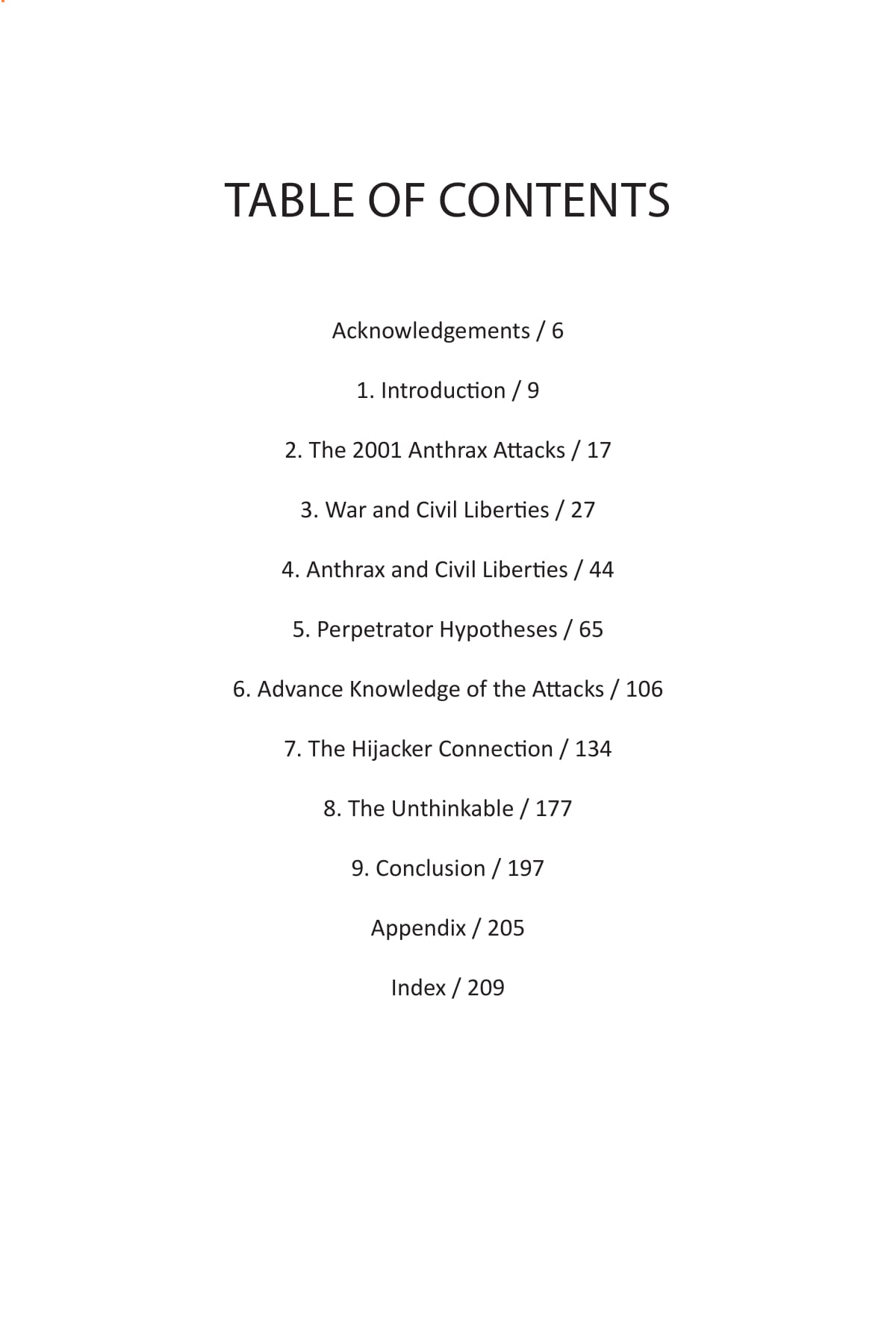 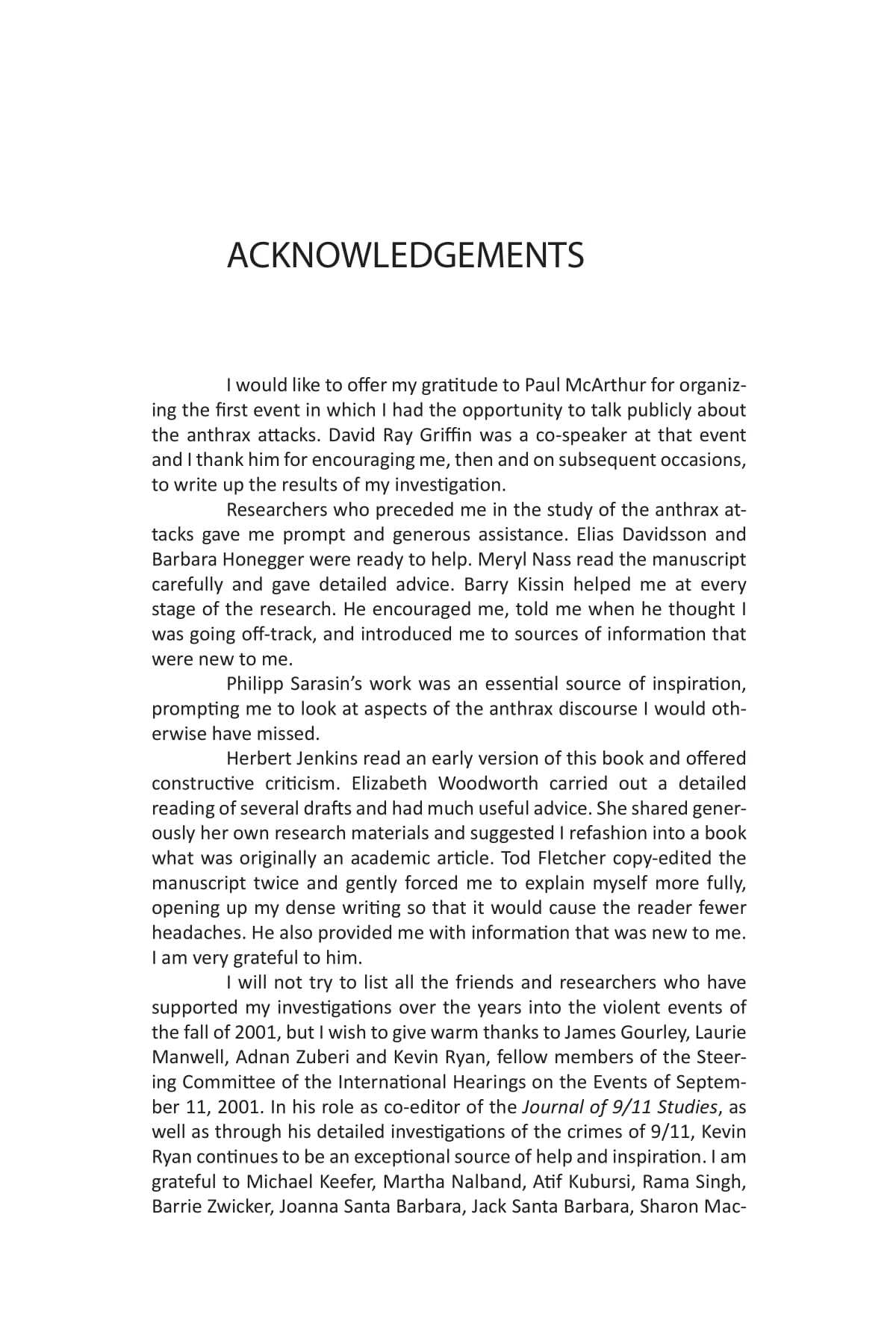 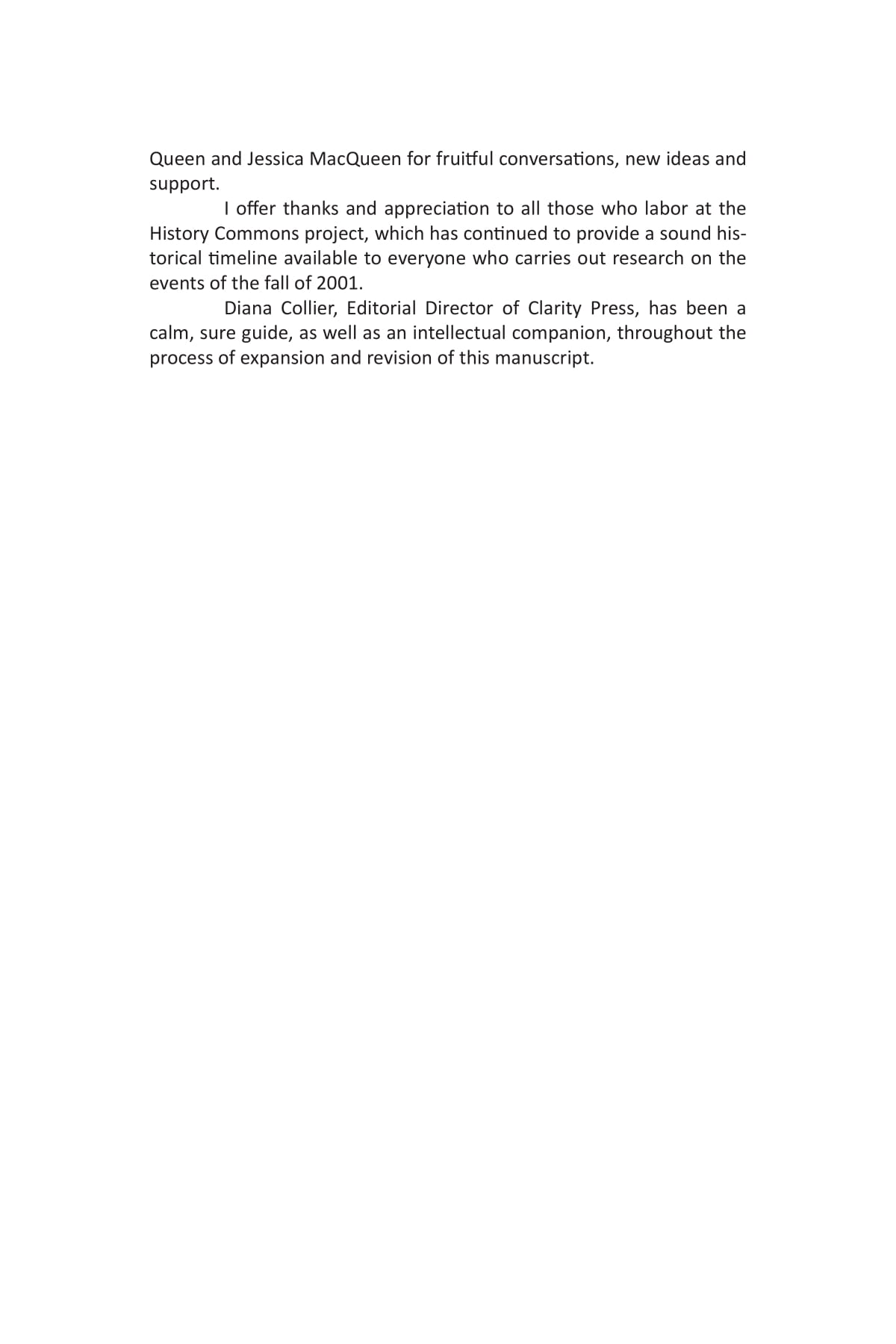 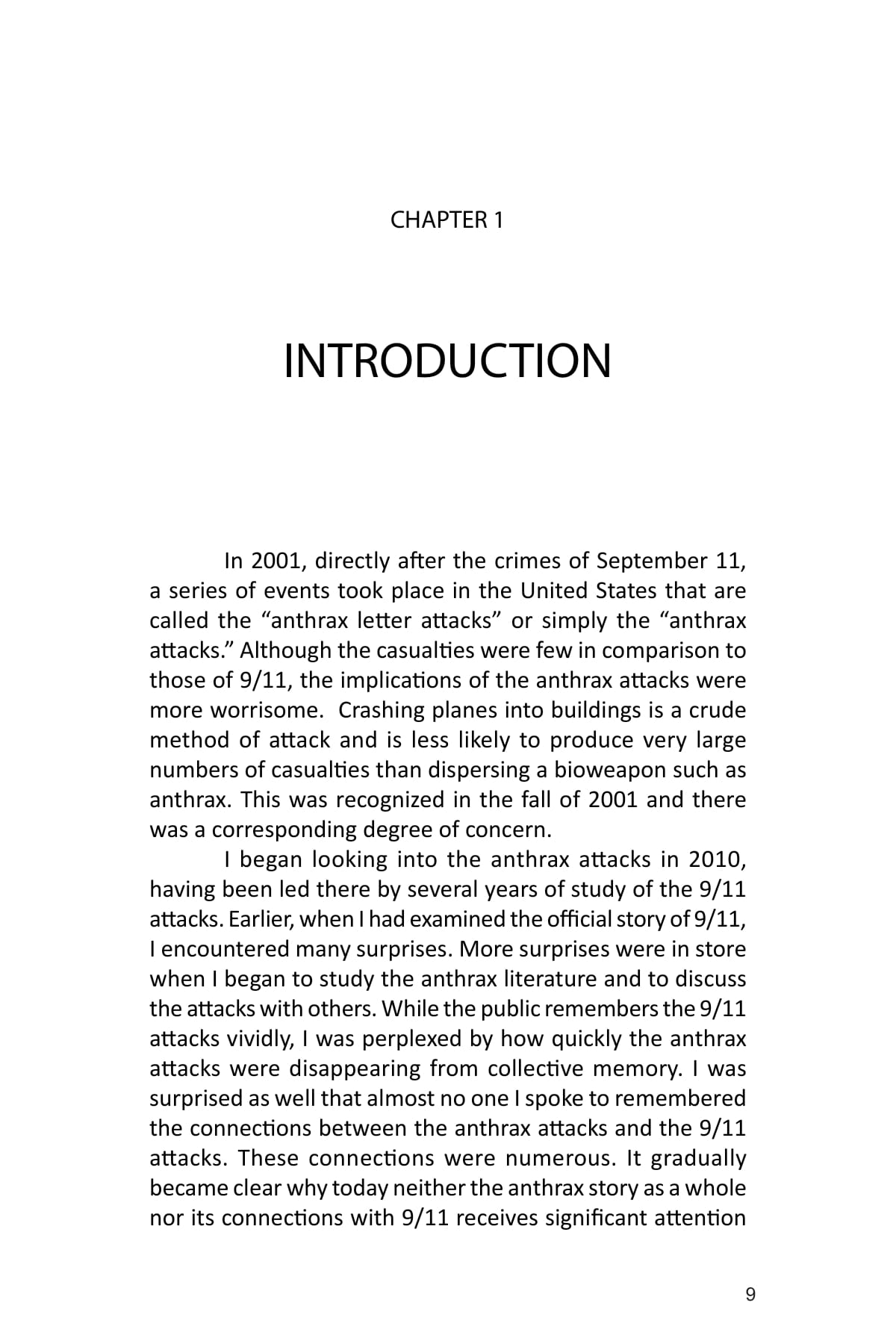 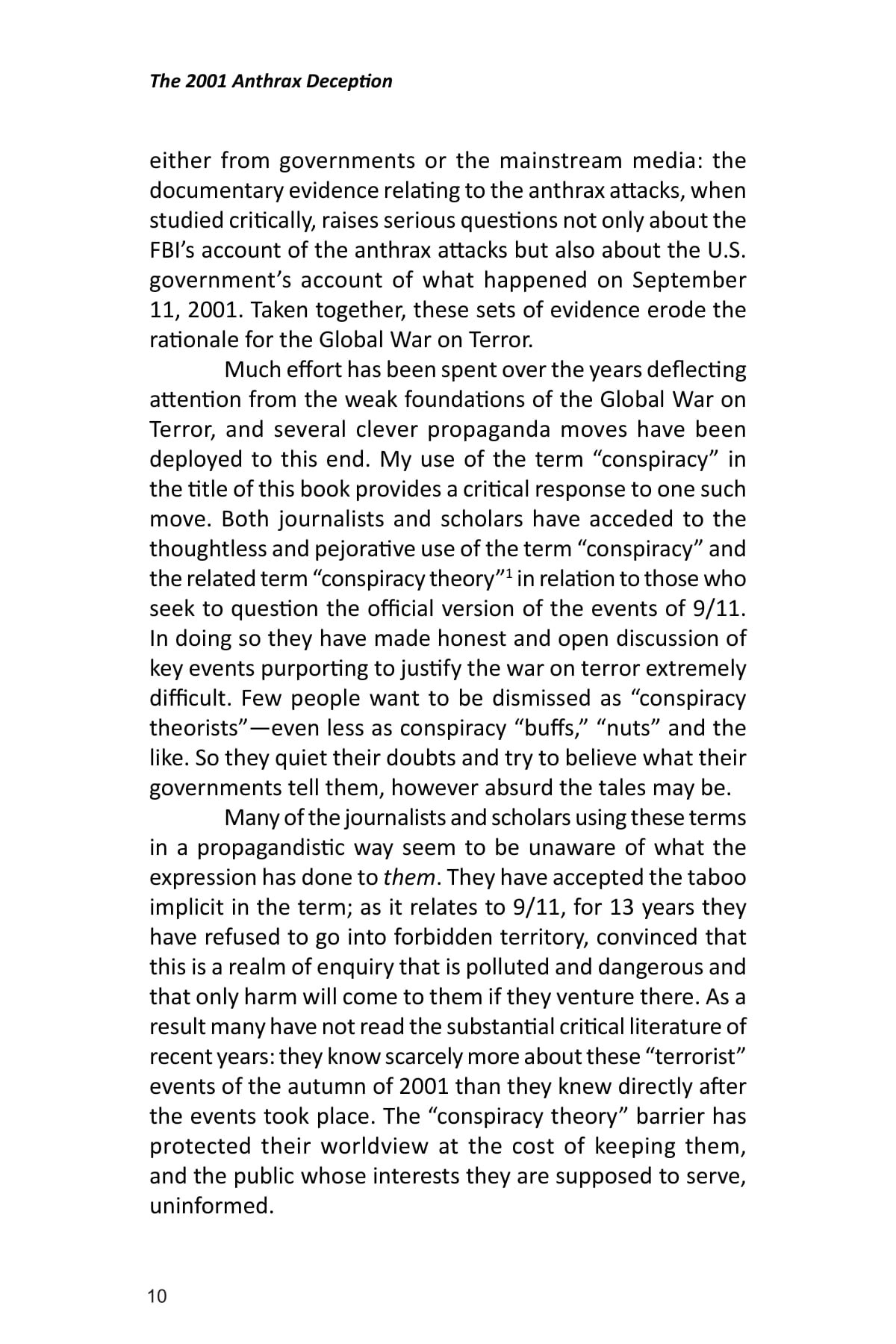 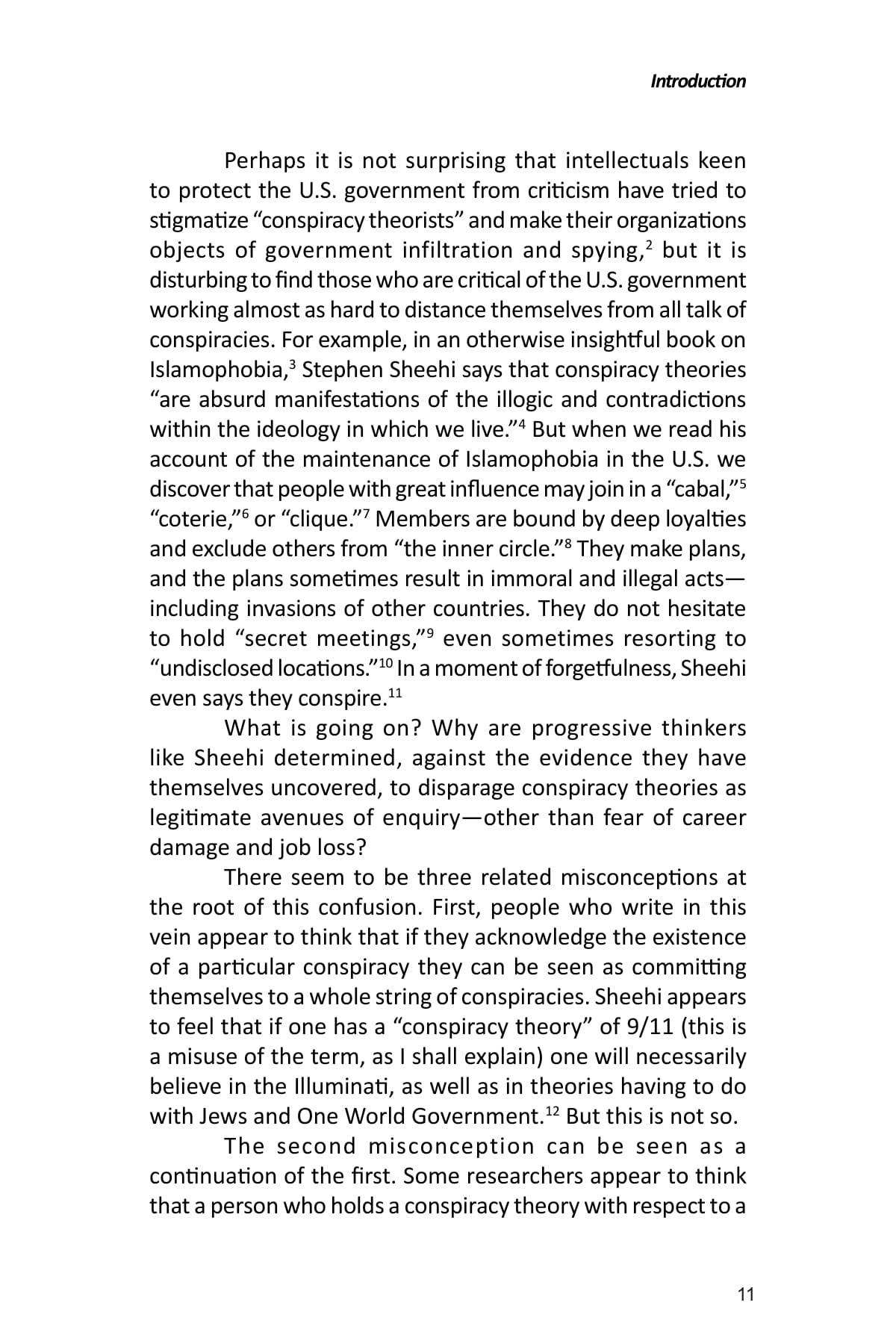 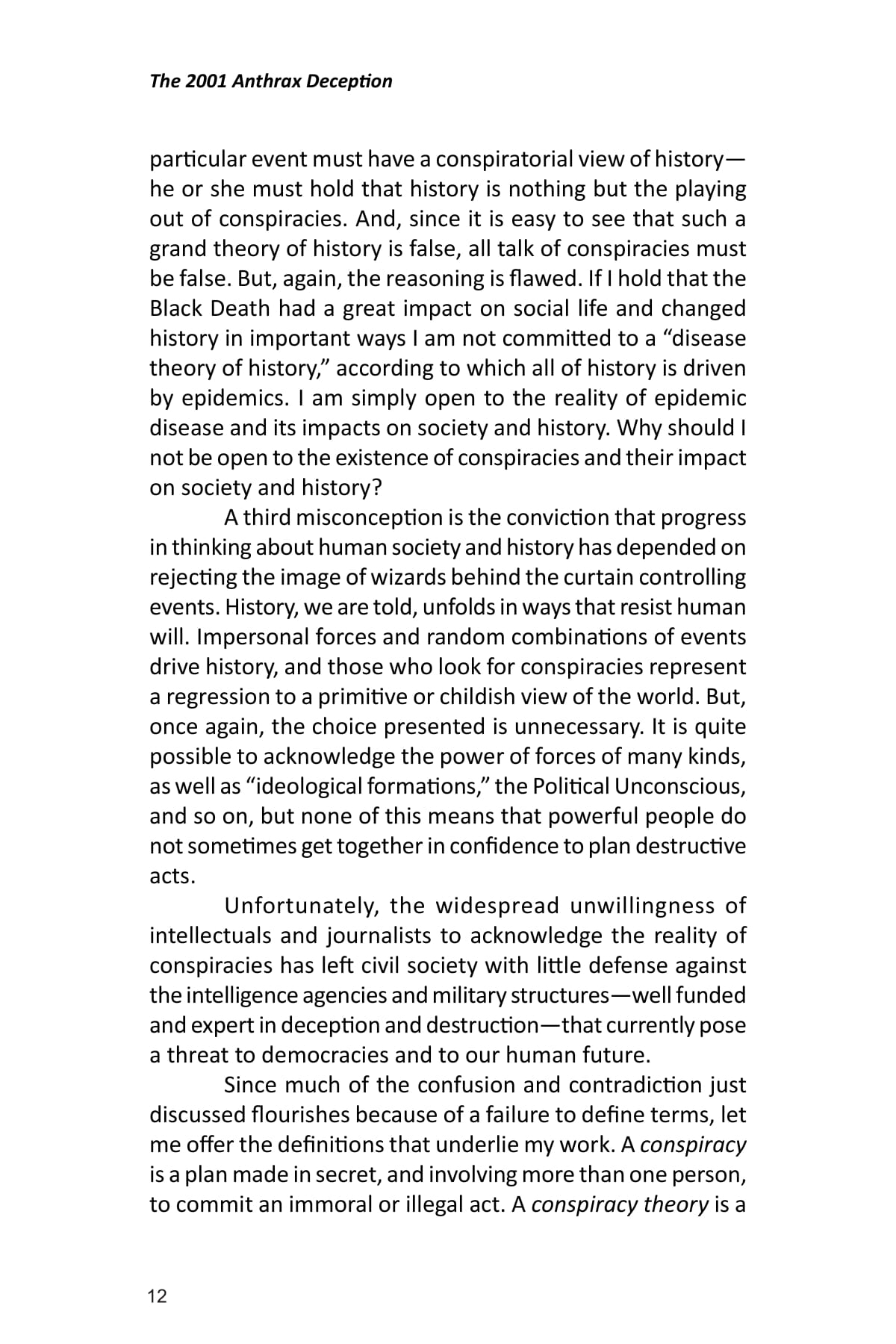 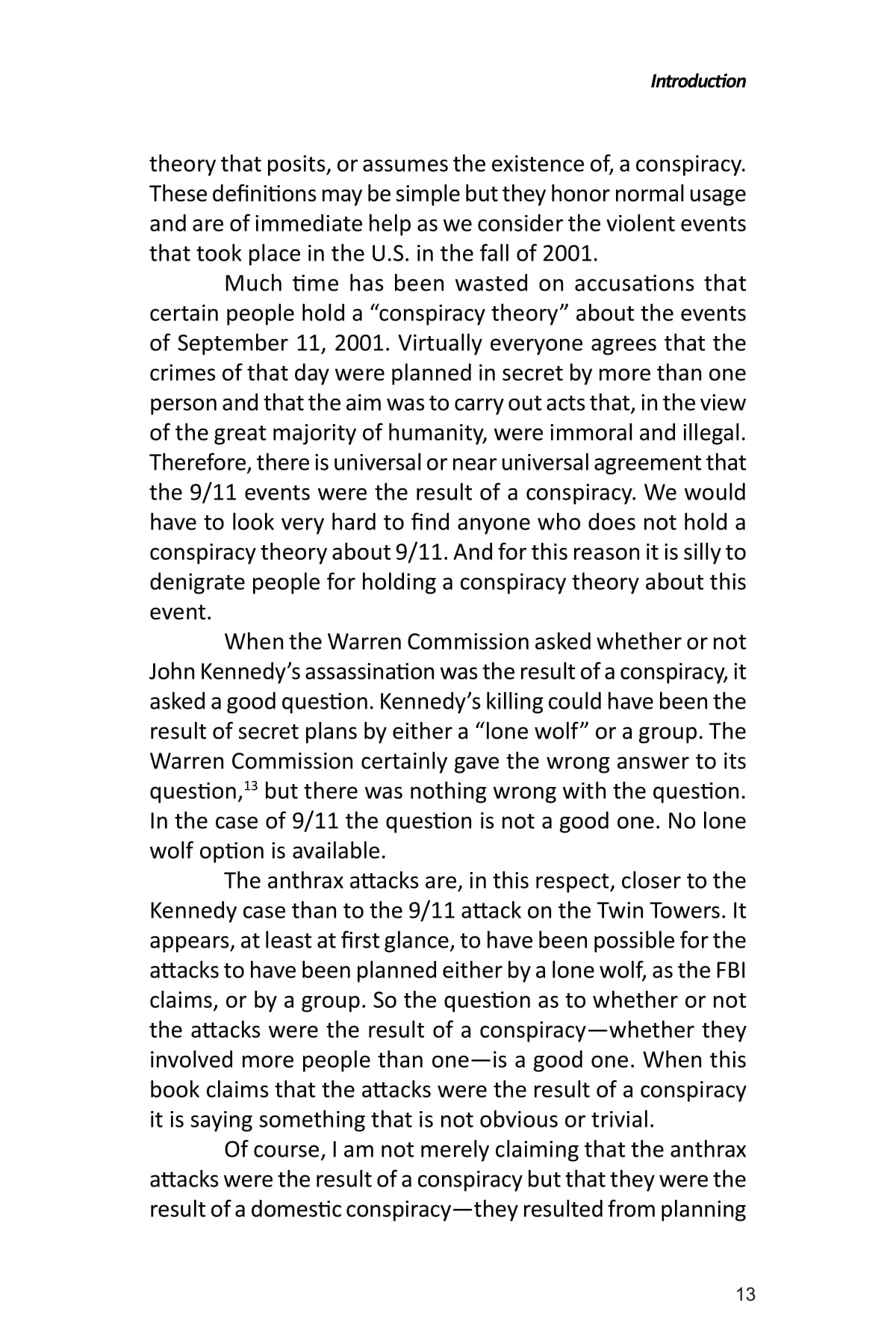 “When I received The 2001 Anthrax Deception I immediately read it cover to cover. I consider the topic to be urgently important, and MacQueen’s treatment of it I consider excellent — one of the most important and persuasive 9/11 books I have read.”–PETER DALE SCOTT, author of The American Deep State

“… bites through the “conspiracy theory” taboo to demonstrate in fine detail the key administration and media accusations following one propaganda scenario after another to deceive the public into panic and war fever to frame al-Qaeda and enact its larger global domination project..”–JOHN MCMURTRY, Fellow of the Royal Society of Canada and University Professor (Emeritus) The Cancer Stage of Capitalism / from Crisis to Cure (2013).

“Dr. MacQueen shows that indeed 9-11 and anthrax were connected, and that the false-flag, inside job characteristic that inexorably became part of the official version of the anthrax attacks must also apply to 9-11.” –BARRY KISSIN, American attorney and author of The Truth About The Anthrax Attacks

The 2001 anthrax letter attacks in the United States killed five people and wounded dozens. They were widely blamed on extremist Muslims and their backers and used to support the invasions of Afghanistan and Iraq.

They were also used to justify and hasten the passage of the USA PATRIOT Act, which was being presented to Congress just as the first anthrax victim grew ill.

In October 2001, one of the hypotheses that gained ground was that of the Double Perpetrator, the claim that al-Qaeda was carrying out the attacks with the support of Iraq. Much evidence was put forth to support this Double Perpetrator hypothesis, but independent scientists soon discovered that the anthrax spores came from a domestic lab in the US serving the military and intelligence communities, not from al-Qaeda or Iraq.

The FBI then quickly claimed that an individual was responsible for the attacks and began noisily looking for this “lone wolf.” In 2008 the Bureau named Dr. Bruce Ivins of the US Army Medical Institute of Infectious Disease as the “anthrax killer.” Although the FBI remains committed to the Ivins hypothesis, the case has been disintegrating for the last three years. Currently, it is justly held in contempt not merely by scientists who worked with Ivins but by many journalists as well as several US senators. But this raises the question: if Ivins did not commit this crime, who did?

This book presents evidence to support the following points:

(a) The anthrax attacks were carried out by a group of perpetrators, not by a “lone wolf.” The attacks were, therefore, the result of a conspiracy—by definition a plan by two or more people, made in secret and resulting in an immoral or illegal act.

(b) The group that carried out this crime consisted, in whole or in part, of insiders deep within the US state apparatus.

(d) The anthrax attacks were meant to facilitate a seizure of power by the executive branch of government through intimidation of Congress and US civil society. They were also designed to achieve public acquiescence to and support for the redefinition of US foreign policy, replacing the Cold War with a new and aggressive global conflict framework, the Global War on Terror.

Graeme MacQueen received his Ph.D. in Buddhist Studies from Harvard University and taught in the Religious Studies Department of McMaster University for 30 years. While at McMaster he became founding Director of the Centre for Peace Studies at McMaster, after which he helped develop the B.A. program in Peace Studies and oversaw the development of peace-building projects in Sri Lanka, Gaza, Croatia and Afghanistan. Graeme was a member of the organizing committee of the Toronto Hearings held on the 10th anniversary of 9/11 and is co-editor of The Journal of 9/11 Studies.