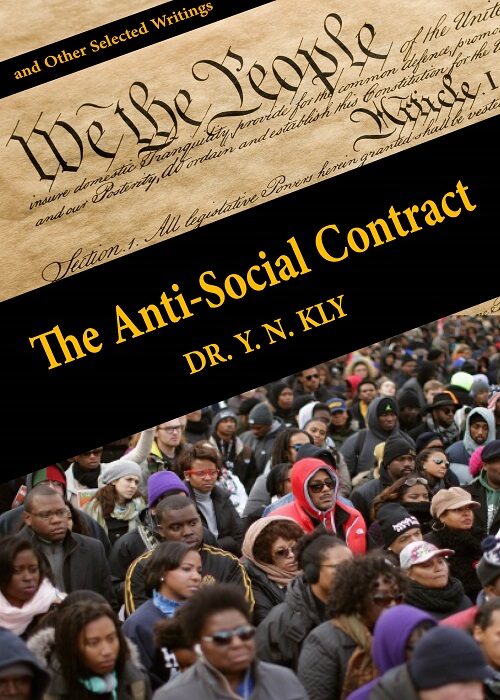 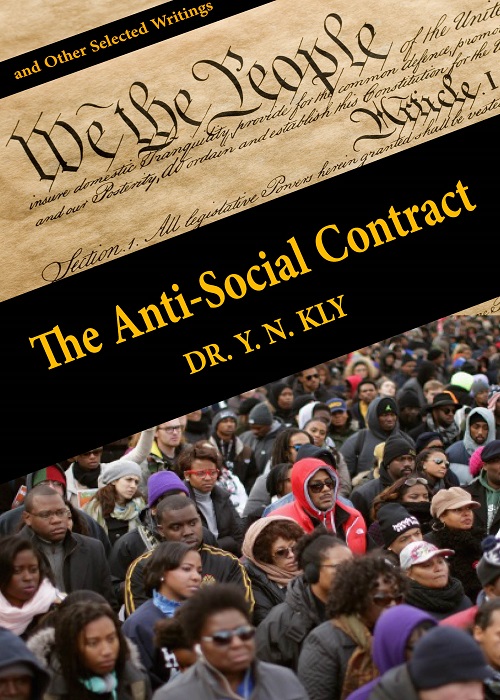 Dr. Y. N. Kly may be one of the most significant African American political theorists since W.E.B. DuBois.

This selection of his writings seeks to encapsulate Dr. Kly’s groundbreaking presentation of the systemic situation of black Americans in the United States within the context of the norms and practices of international law. It represented a paradigm shift in the understanding of African American rights, including but moving beyond the customary American view of civil rights, i.e. nondiscrimination, equality before the law, and the right to vote, to those more expansive systemic rights elaborated in international human rights law as it concerns minorities and peoples.

This publication is germane to what may be an epochal moment in American history, when the struggle for power between two mainstream American political parties, reflected in the accusations of white supremacy leveled at the Trump presidency and the rise of the Black Lives Matter (BLM) movement, has brought the issue of African Americans’ present and historical grievances to the fore.

Moreover, it is a moment when Civil Rights has been tested and not only found to be inadequate by African Americans, but is again being challenged by the dominant majority and the US Supreme Court as it concerns affirmative action.

It is a moment when, post the 2020 deaths of Ahmaud Arbery, Breonna Taylor and George Floyd, African Americans are flocking to their heritage institutions, the Historically Black Colleges & Universities (HBCUs), seeking safety in their collectivity and freedom from the complexities of their integration into predominantly white institutions of higher learning.

Dr. Kly’s work was recognized within his lifetime. Two of his books International Law and the Black Minority in the United States and A Popular Guide to Minority Rights won the prestigious Gustavus Myers Center for the Study of Bigotry and Human Rights Award, sponsored by major civil rights US organizations such as the NAACP, the National Bar Association and the Unitarian Universalist Church. Endorsers ranged from the American Journal of International Law to black nationalist Kwame Ture (Stokely Carmichael) and political prisoner, Mumia Abu Jamal.

He was the keynote speaker at a groundbreaking conference held at Hamline University in 1993, on the Right of African Americans to Self-Determination.

Including excerpts from his Gustavus Myers Award-winning titles under the rubric of The Anti-Social Contract, it sheds light on what is the actual US systemic racism, still enshrined and unaddressed in its foundational document, the Constitution of the United States. The 18th century concept of the social contract was widely recognized in the 20th century as serving as the basis, usually in the form of a constitution, of the legitimacy of governments of contemporary nation states. But is the U.S. Constitution a true social contract, or did it mark the consolidation of an unwritten, unspoken anti-social contact that even to this day denies historic, cultural and socio-economic recognition and rights as founding peoples to African Americans and other nationalities (Chicanos, Native Americans) then existing on what the United States claimed as its territory at the time of its founding?

Dr. Kly views the Afro-American situation within the context of an historically evolved American problematic of white nationalism, which sought to unify the United States by seeking to assimilate all ethnic groups into a dominant and majoritarian Anglo-Saxon culture — even as it practiced systemic discrimination against formerly enslaved Africans via segregation. Two melting pots were created, one for whites, and one for blacks of whatever descent, thus disguising the ancestral ethnicity of all  groups by means of ethnicity-stripped color designations: “whites” and “blacks”.

Twentieth century systemic changes dismantling apartheid and providing for de jure nondiscrimination and civil rights have failed to provide African Americans with equal status in social well being indicators.  This has led, despite the success of individuals, to their facing ongoing discrimination and collective relegation into the bottom rung of what is emerging as a caste-based American society.

Does the solution lie in the collective empowerment afforded by international law for internal peoples (the right to develop as unique cultures, which may require control of their own socio-economic and/or politico-legal institutions within the multinational state) in addition to civil rights and nondiscrimination — suggesting that in order to fully conceptualize and address systemic discrimination, American society must be re-envisioned and systemically structured not a melting pot — but as a stew. Here’s an excerpt from the 1990 Hamline Conference on African Americans and the Right of Self-Determination on the meaning of that understanding:

A survey of the legal systems in numerous multinational states reveals that most multinational states are aware of the possible  meaninglessness of majority democracy in relation to the democratic  needs of minorities. This is evidenced in the variety of legal-structural arrangements they have established, such as:

These perspectives were addressed in the original publication of The Anti-Social Contract, and are amplified here by inclusion of excerpts from Dr. Kly’s award-winning writings, International Law & the Black Minority in the US and A Popular Guide to Minority Rights, as well as from his Foreword to DALIT:  The Black Untouchables of India, addressing the parallels in the situation of African Americans with that of the Dalits under the caste system in India, which broadens readers’ understanding of the problematic.

Reissued at a time when American internal strife is reaching a peak on both the ideological (Democrats/Republicans; left-right) and ethnic (Euro-Americans, African Americans, Latinos and Native Americans / white, black, brown and red) levels, and talk of constitutional reform and the possible breakup of the country is being raised in many quarters, the international human rights law perspective afforded by Dr. Kly’s work could not be more timely.

As pointed out by Robert A. Williams, Jr. (University of Arizona / Lumbee Indian Tribe) in his 1988 review of International Law & the Black Minority in the US in The American Journal of International Law:  “Kly’s strategic placement of the USVCR [US view of the rights of the African American minority, i.e. civil rights] within the more widely accepted normative discourse of international human rights law [legal recognition, special measures, rights to institutions and more] provides not only an alternative vision of race relations in the United States, but also, even more importantly, an alternative solution.  Kly’s unique perspective is worthy of consideration and debate by minority and nono-minority individuals alike…”