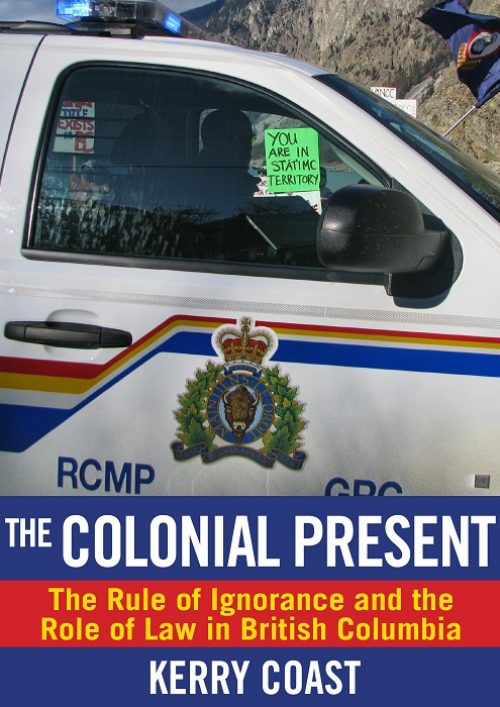 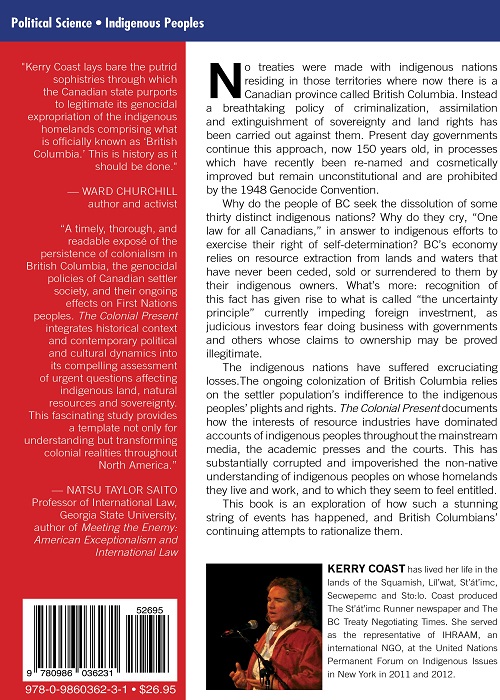 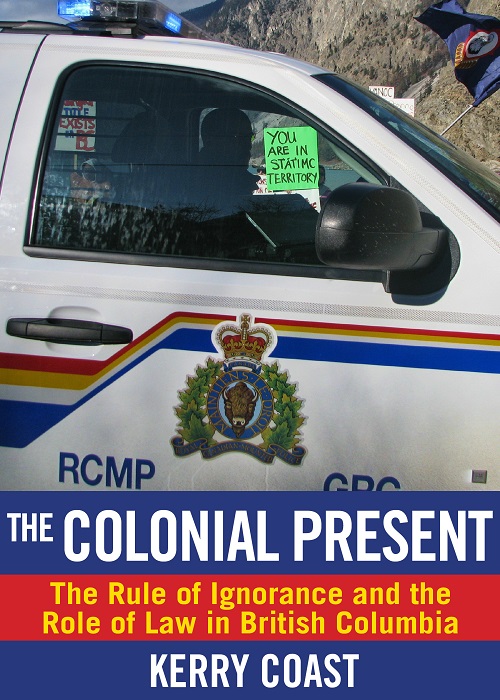 “A timely, thorough, and readable exposé of the persistence of colonialism in British Columbia, the genocidal policies of Canadian settler society, and their ongoing effects on First Nations peoples.  The Colonial Present integrates historical context and contemporary political and cultural dynamics into its compelling assessment of urgent questions affecting indigenous land, natural resources and sovereignty.  This fascinating study provides a template not only for understanding but transforming colonial realities throughout North America.”
Natsu Taylor Saito

A breathtaking policy of criminalization, assimilation and extinguishment has been vigorously carried out against Indigenous Peoples where now there is a Canadian province called British Columbia.

Present day governments have re-named those programs many times and continue to manufacture support for them within Indigenous communities, relying on the element of duress to force change. They are, to quote the 1948 Genocide Convention, “deliberately inflicting on the group conditions of life calculated to bring about its physical destruction in whole or in part.” They have not yet succeeded.

Why do the people of BC seek the dissolution of some thirty distinct Indigenous nations? Why do they cry,“ One law for all Canadians” in answer to Indigenous efforts to exercise their right of self-determination? Eighty percent of BC’s economy today comes directly from extractive industries using natural resources in lands and waters that have never been ceded, sold or surrendered to them by the owners.

The ongoing displacement and dispossession of Indigenous Peoples relies on the settler population’s indifference to their human rights. The interests of resource industries have dominated accounts of Indigenous Peoples throughout the mainstream media, the academic presses and the courts, impoverishing their histories and disappearing their futures.

The indigenous have suffered excruciating losses. But the highest expression of government reconciliation has this bottom line and none other: release title to the traditional territories and resources; accept a small financial, land and program funding settlement; and become a BC municipality.

The Colonial Present documents the colonizer’s manufacture of a new mythology to rationalize this ultimatum. This book is an unprecedented history and chronicle of British Columbians’ continuing attempts to leave the question of Indigenous Peoples’ rights in the past, without ever recognizing them in the present.

KERRY COAST has lived her life in the lands of the Squamish, Líl’wat, St’át’imc, Secwepemc and Sto:lo. Coast produced The St’át’imc Runner newspaper and The BC Treaty Negotiating Times. She adapted five legends for the stage and produced them with the Úcwalmicw Players in Lillooet. She has done professional research in First Nations Education. Coast served as the representative of IHRAAM, an international NGO, at the United Nations Permanent Forum on Indigenous Issues in New York in 2011-2013, and participated in the UN Expert Mechanism on the Rights of Indigenous Peoples (EMRIP) in 2013. She was part of an IHRAAM delegation meeting with Commissioner Tracey Robinson of the Inter-American Commission of Human Rights in Vancouver on August 9th, 2013 concerning a case registered with the IACHR.

AXIS OF RESISTANCE Towards an Independent Middle East