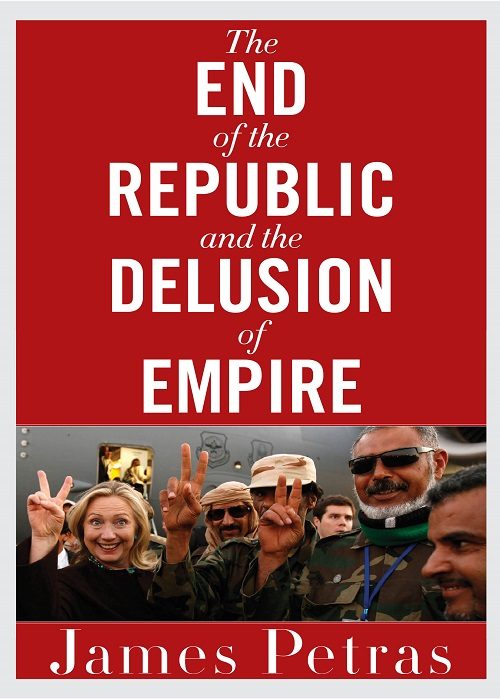 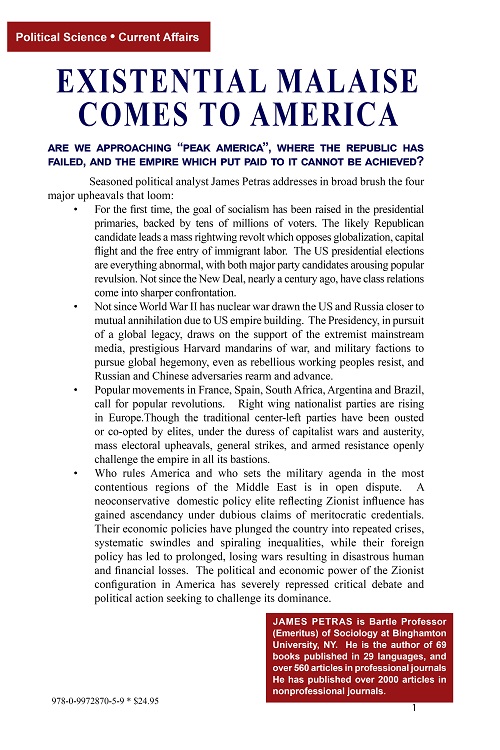 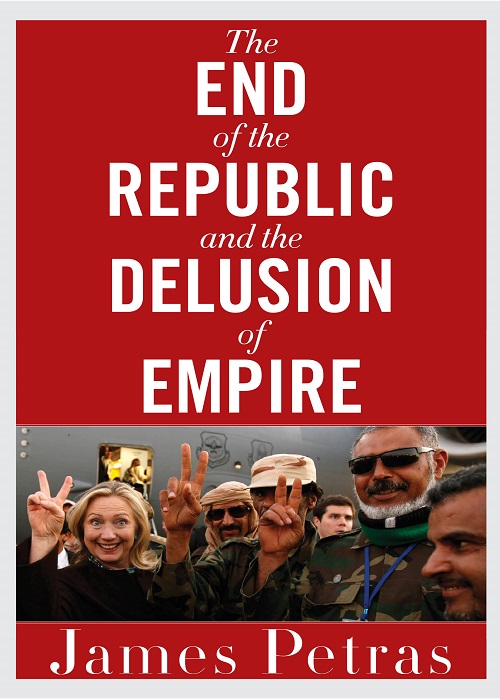 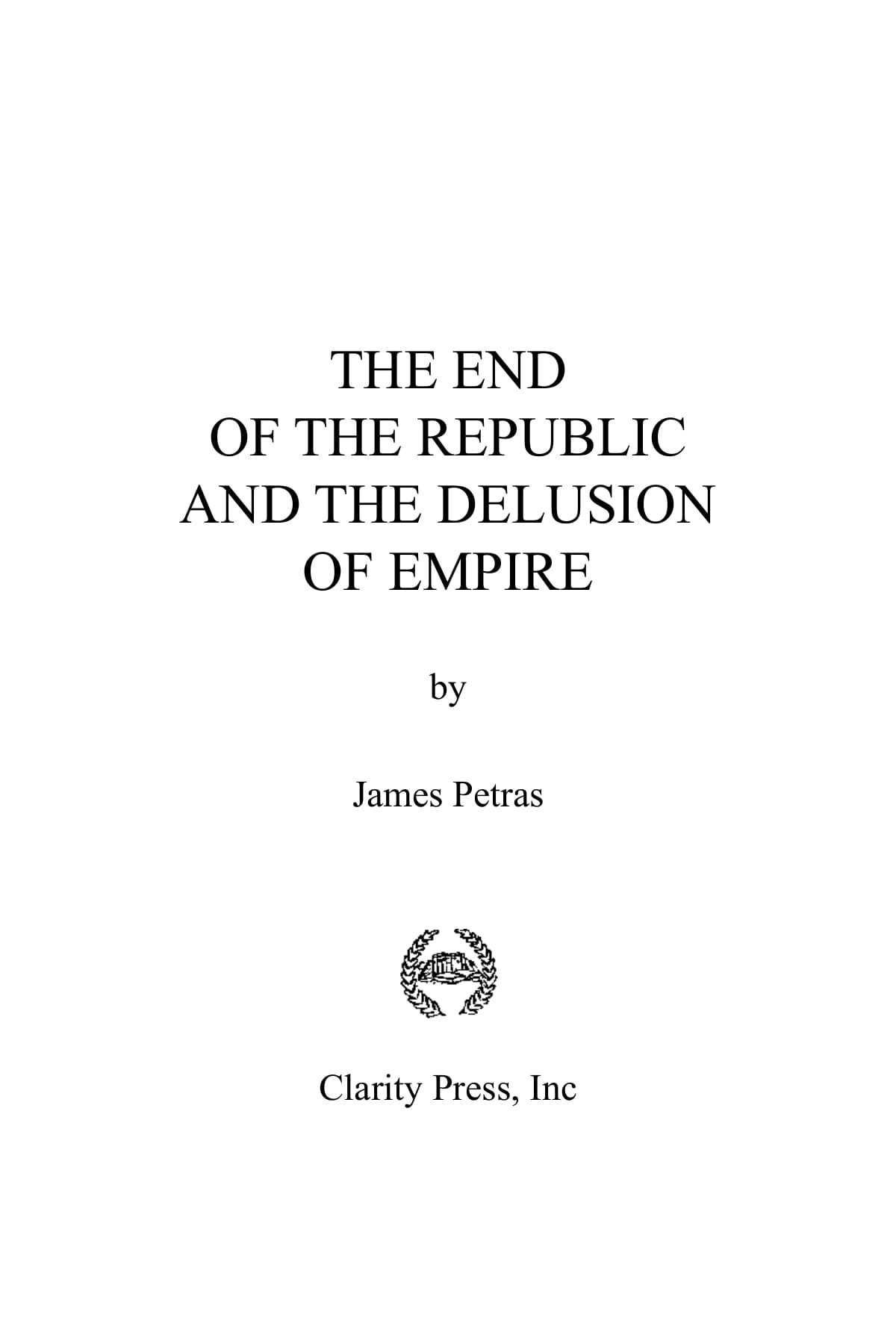 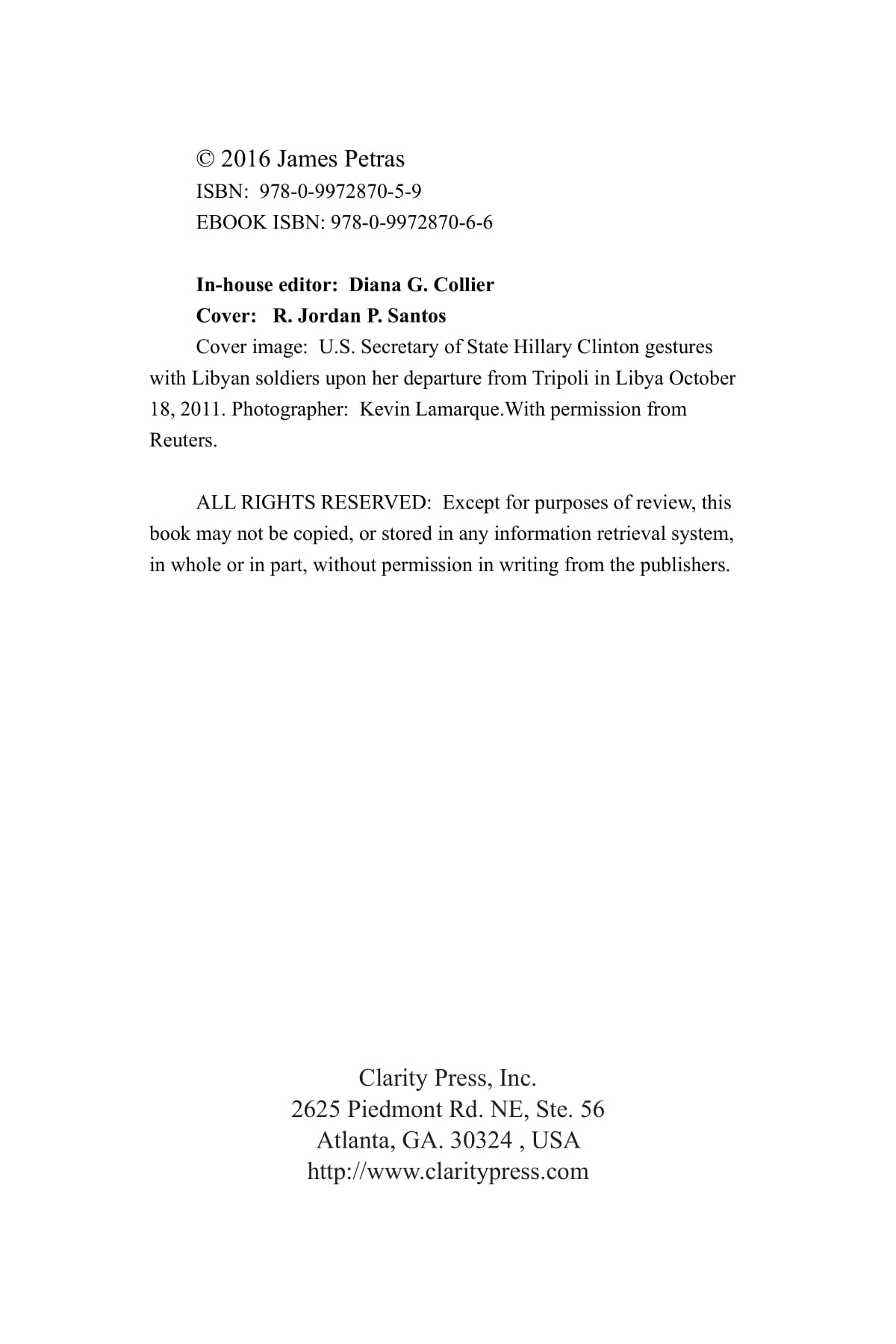 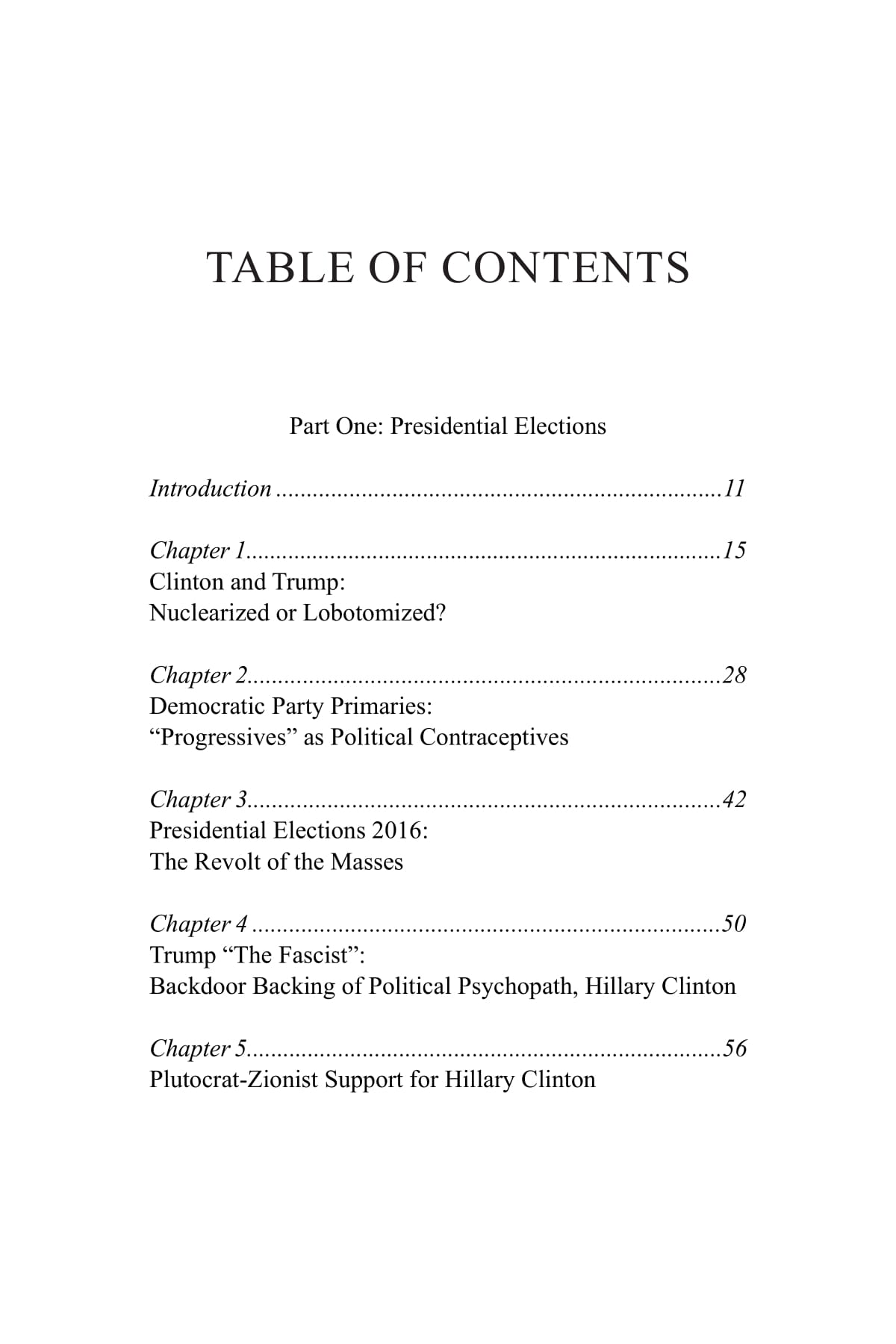 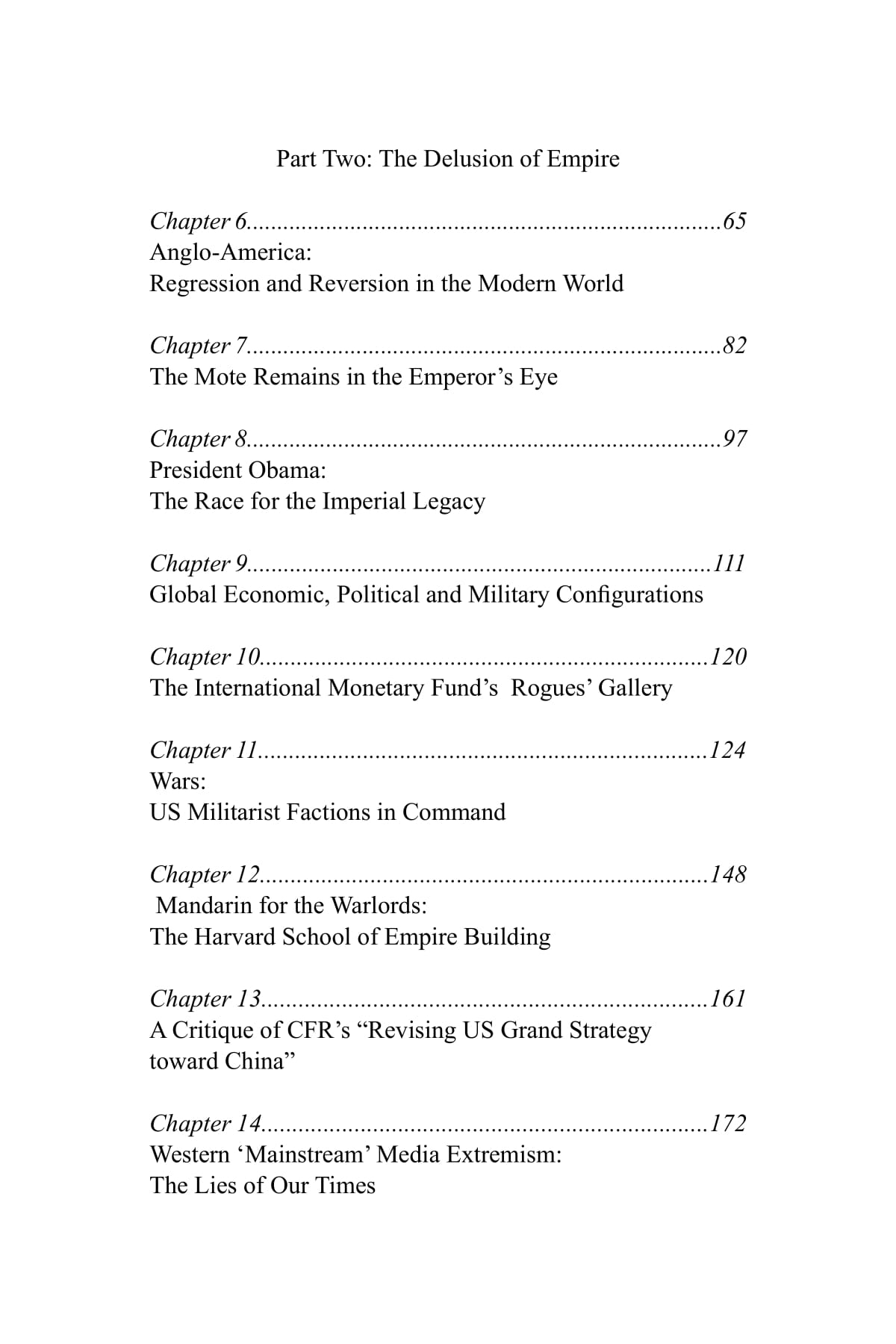 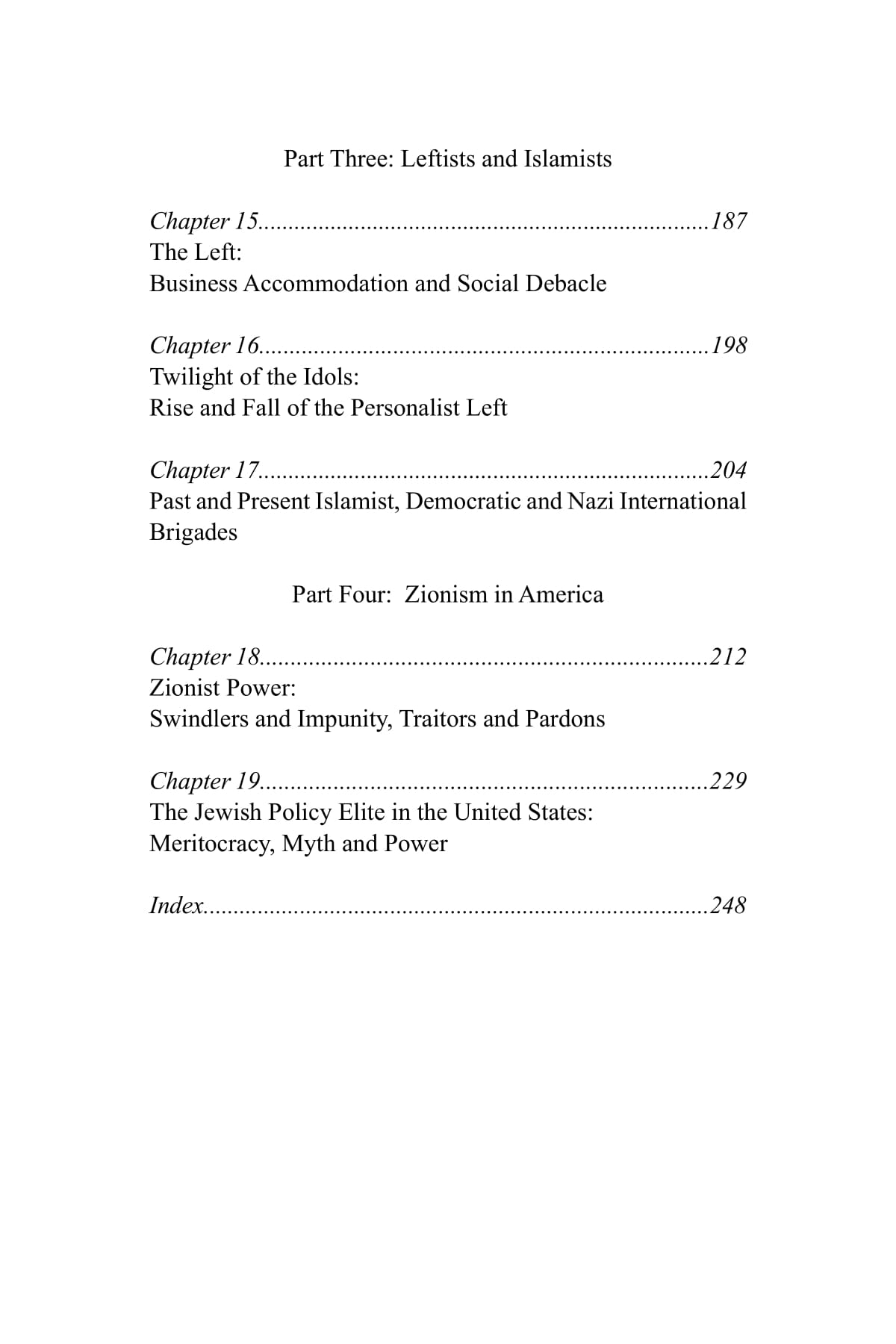 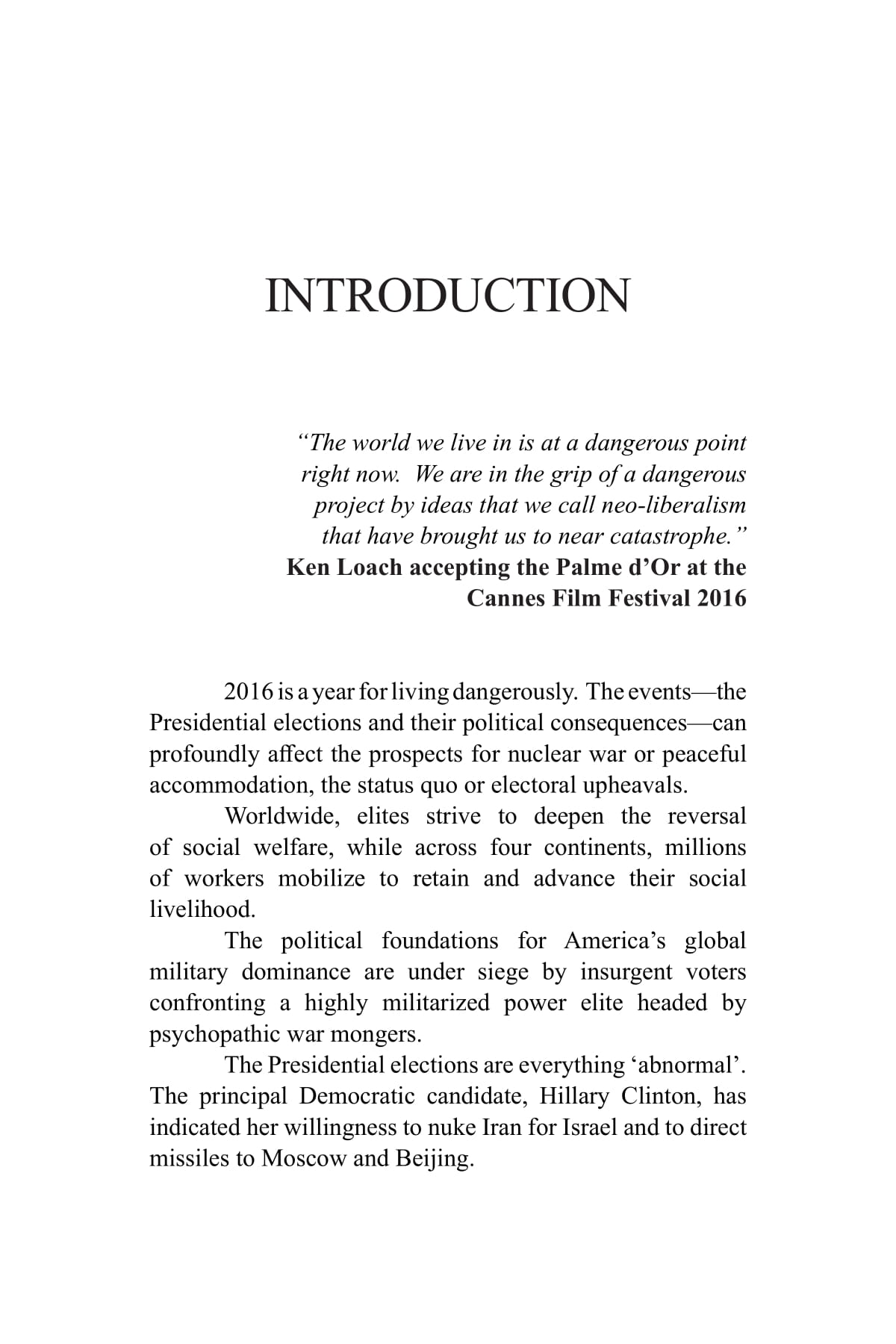 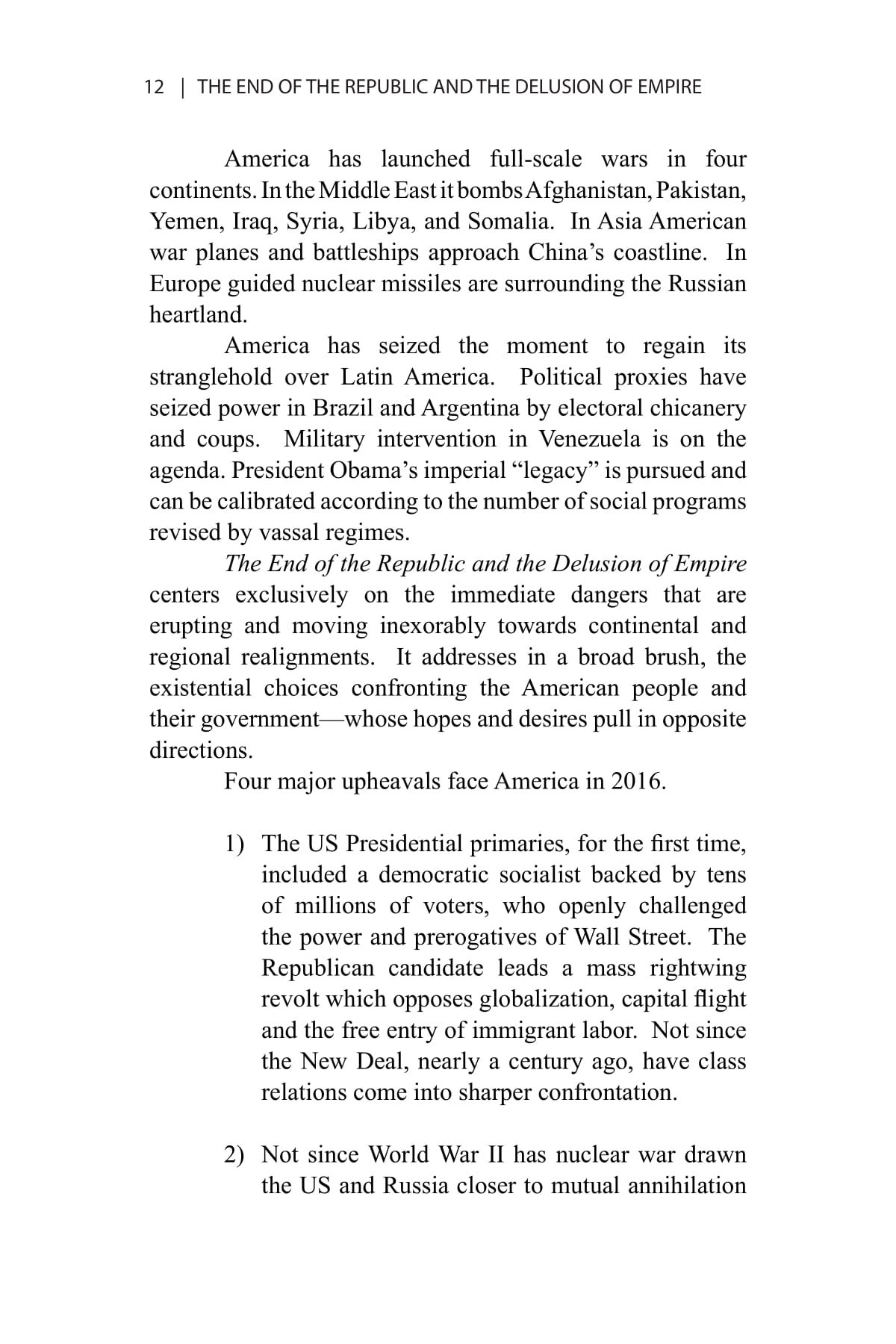 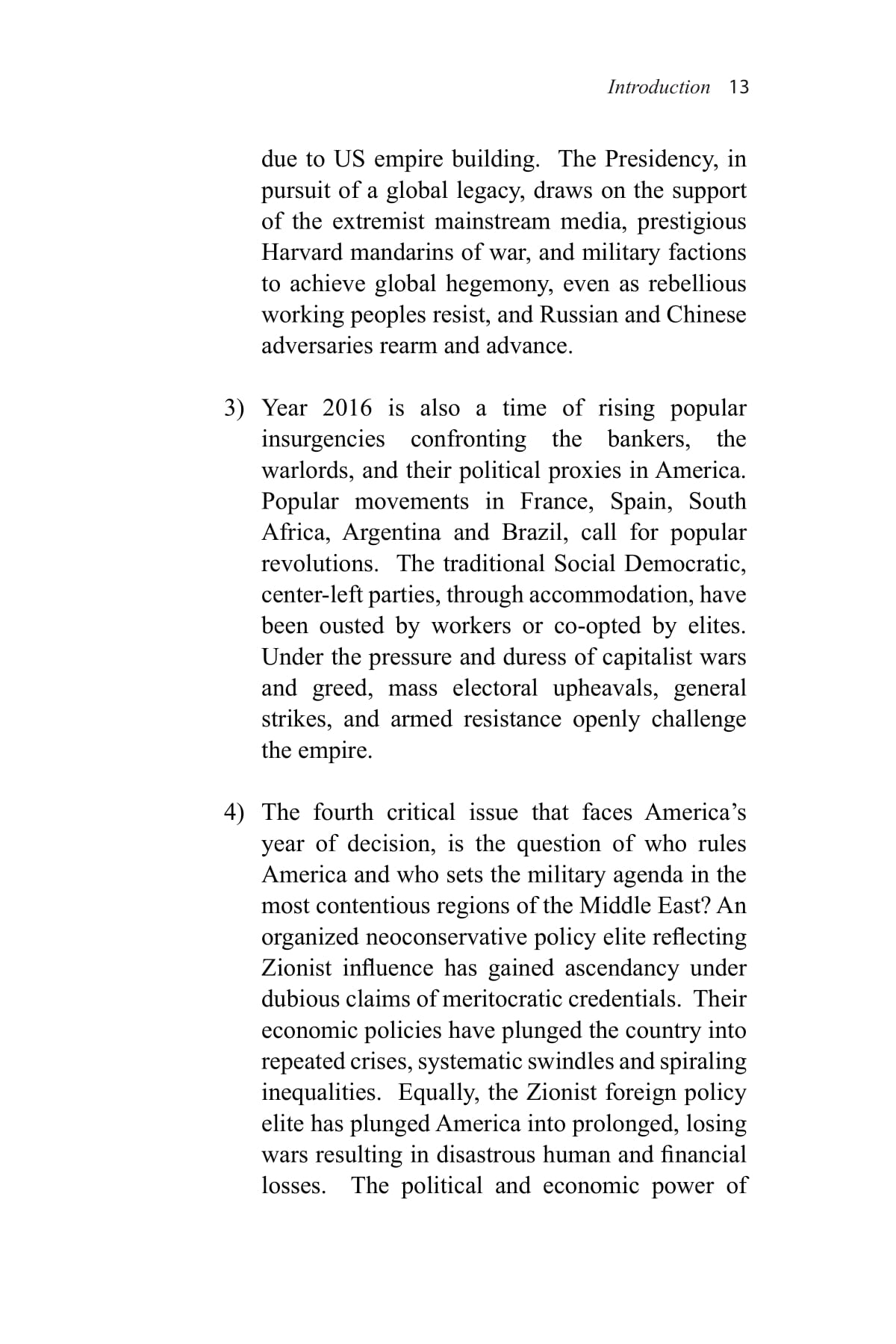 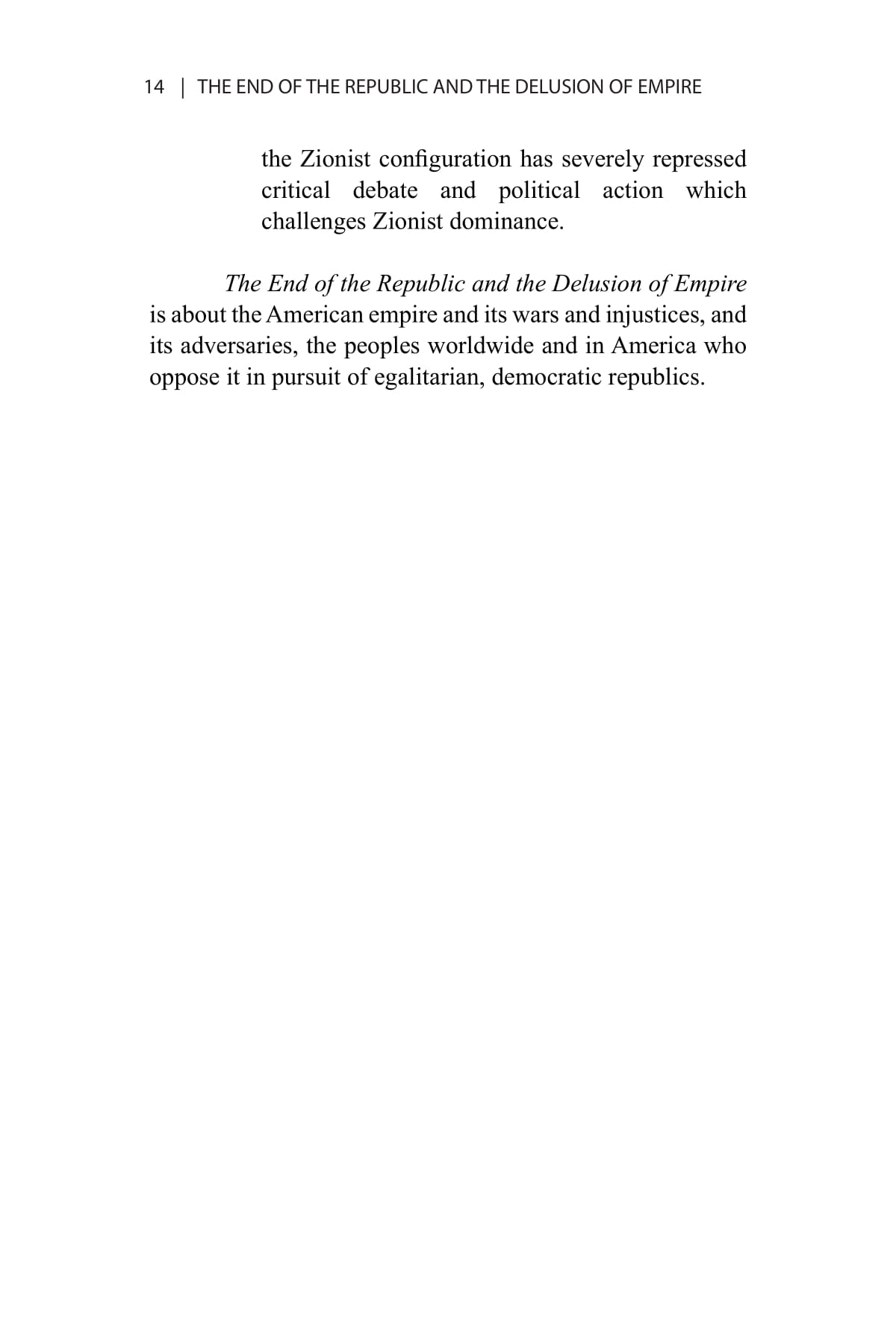 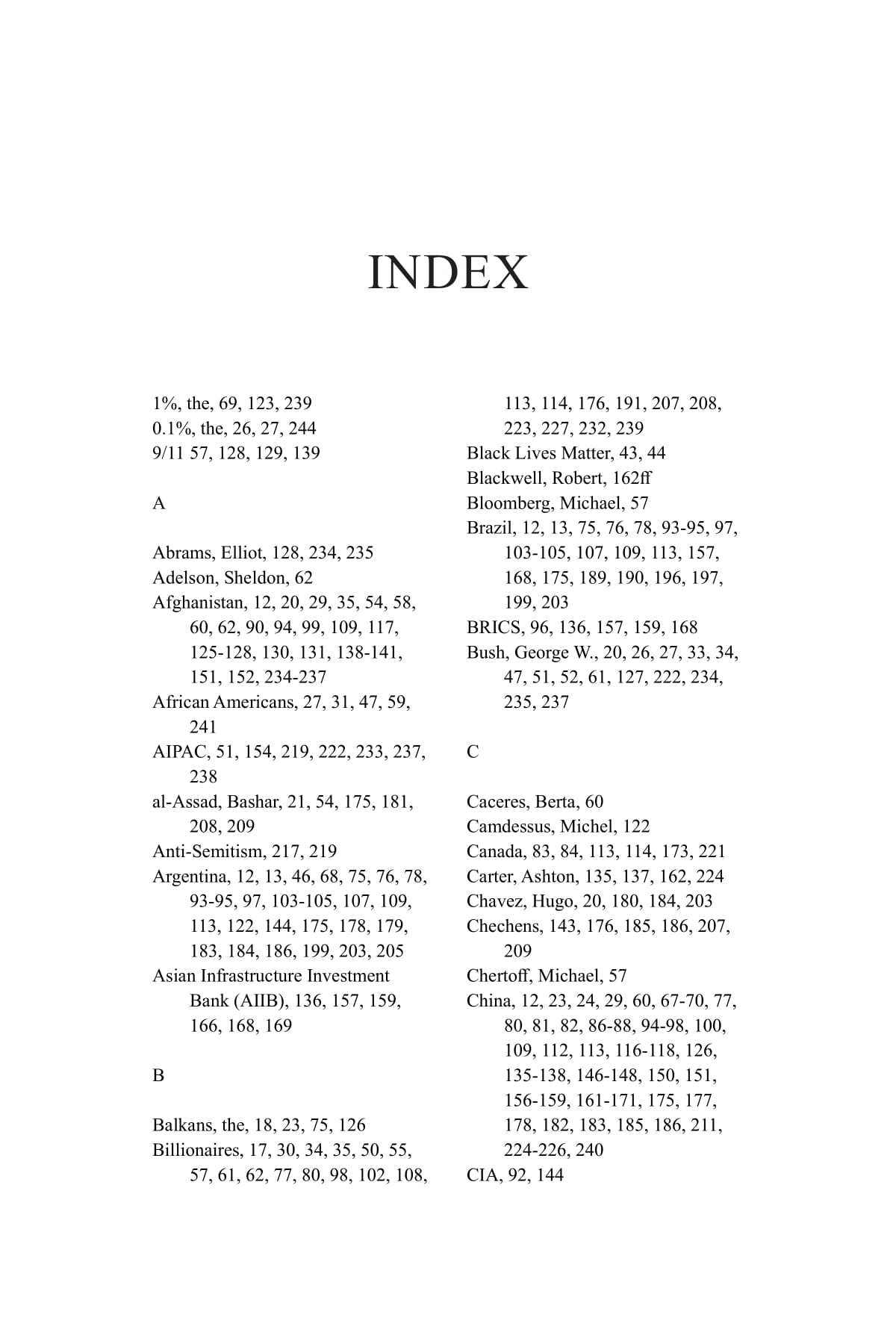 Are we approaching “peak America”, where the Republic has failed, and the Empire which put paid to it cannot be achieved?

Are we approaching “peak America”, where the Republic has failed, and the Empire which put paid to it cannot be achieved?

1)        For the first time, the goal of socialism has been raised in the presidential primaries, backed by tens of millions of voters. The likely Republican candidate leads a mass right wing revolt which opposes globalization, capital flight and the free entry of immigrant labor.  The US presidential elections are everything abnormal, with both major party candidates arousing popular revulsion. Not since the New Deal, nearly a century ago, have class relations come into sharper confrontation.

2)        Not since World War II have the US and Russia drawn closer to the possibility of mutual annihilation through nuclear war due to US empire building.  The Presidency, in pursuit of a global legacy, draws on the support of the extremist mainstream media, prestigious Harvard mandarins of war, and military factions to pursue global hegemony, even as rebellious working peoples resist, and Russian and Chinese adversaries rearm and advance.

3)        Popular movements in France, Spain, South Africa, Argentina and Brazil, call for popular revolutions.   Right wing nationalist parties are rising in Europe. Though the traditional center-left parties have been ousted or co-opted by elites, under the duress of capitalist wars and austerity, mass electoral upheavals, general strikes, and armed resistance openly challenge the empire in all its bastions.

4)       Who rules America and who sets the military agenda in the most contentious regions of the Middle East is in open dispute.  A neoconservative  domestic policy elite reflecting Zionist influence has gained ascendancy under dubious claims of meritocratic credentials.  Their economic policies have plunged the country into repeated crises, systematic swindles and spiraling inequalities, while their foreign policy has led to prolonged, losing wars resulting in disastrous human and financial losses.  The political and economic power of the Zionist configuration in America has severely repressed critical
debate and political action seeking to challenge its dominance.

Zionism, Militarism, and the Decline of US Power