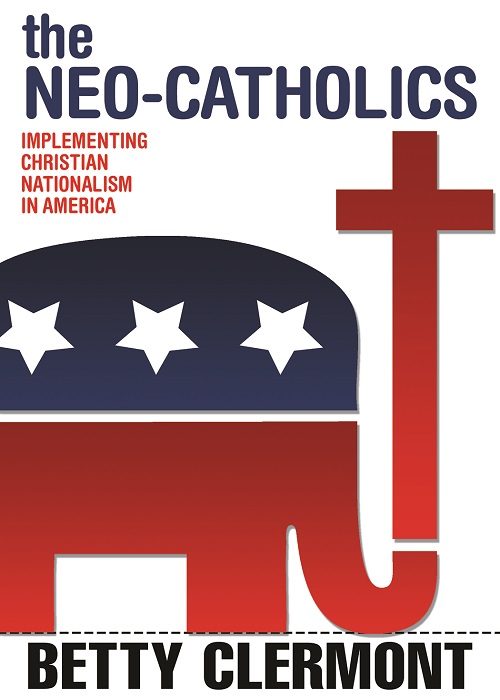 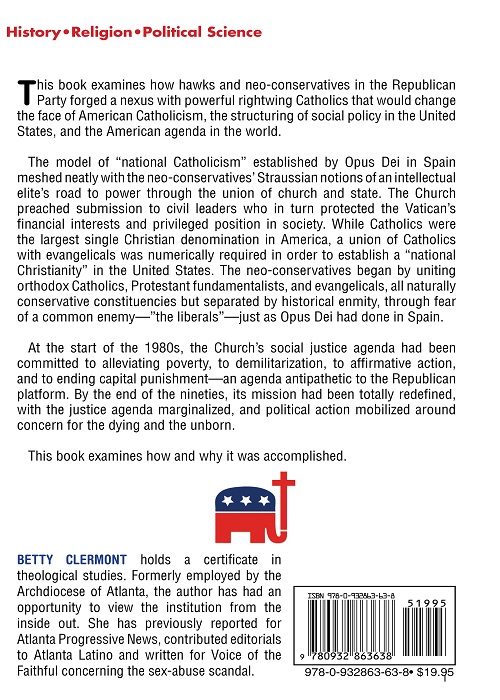 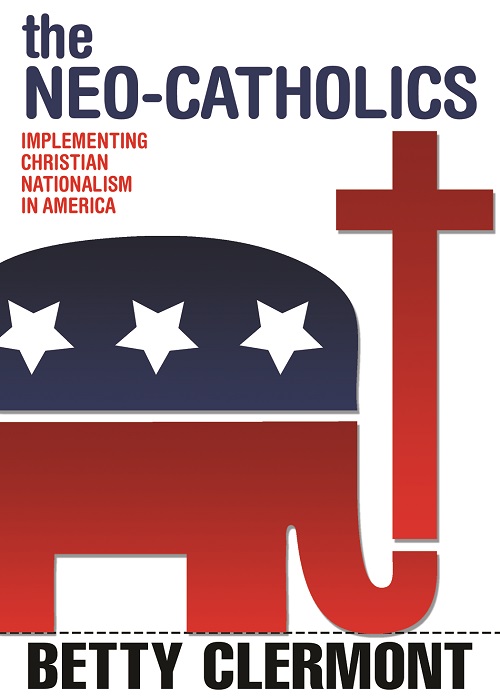 “Betty Clermont helps us recall, in excruciating detail, a history of the U.S. Catholic right and its tremendous influence in the U.S. government since Ronald Reagan began forging ties with the Vatican. In vivid scene after scene, Ms. Clermont lets the documented facts tell the story, of how the American bishops diverted our money (not theirs) away from programs promoting social justice into political action that could only make Republicans smile. A darn well written study in the abuse of power by lordly bishops who rest assured because they rest assured.”

ROBERT BLAIR KAISER covered Vatican II for Time magazine. He is the author of Cardinal Mahony: A Novel.

Volumes have been written about the role the Religious Right played in achieving its ultimate goal – the presidency of George W. Bush. But few know the primary and essential role played by Catholics in instituting and directing the Religious Right as the means for the neoconservative takeover of the U.S. government, a group the author calls neo-Catholics. The first neoconservatives – Irving Kristol, Allan Bloom, and Francis Fukuyama – were proponents of the philosopher Leo Strauss who considered the ideal state as one ruled by an intellectual elite with religion used to mollify and intimidate the masses into obedience.

Not only did Catholic leaders have a millennium of experience in propping up monarchs and dictators, but also Catholics were the largest denomination in the U.S. Neoconservative Catholics were ready, willing and able to implement the American brand of church/state unification:  Christian Nationalism.

This book examines how hawks and neo-conservatives in the Republican Party forged a nexus with powerful right wing Catholics that would change the face of American Catholicism, the structuring of social policy in the United States, and the American agenda in the world.

At the start of the 1980s, the Church’s social justice agenda had been committed to alleviating poverty, to demilitarization, to affirmative action,and to ending capital punishment—an agenda antipathetic to the Republican platform. By the end of the nineties, its justice agenda was marginalized, and political action was mobilized around concern for the dying and the unborn.

Clermont’s rigorous and extensively documented research examines how it was done.

BETTY CLERMONT has previously reported for Atlanta Progressive News, contributed editorials to Atlanta Latino and written for Voice of the Faithful on the sex-abuse scandal.i As a holder of a certificate in theological studies and a former employee of the Archdiocese of Atlanta, she has had an opportunity to view the Catholic Church from the inside out.