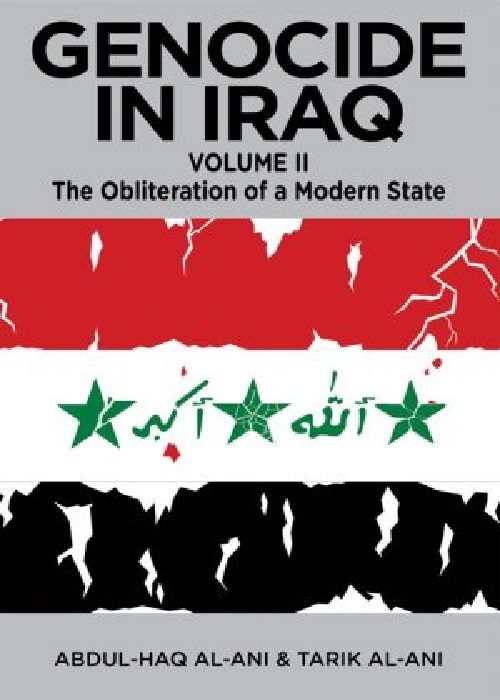 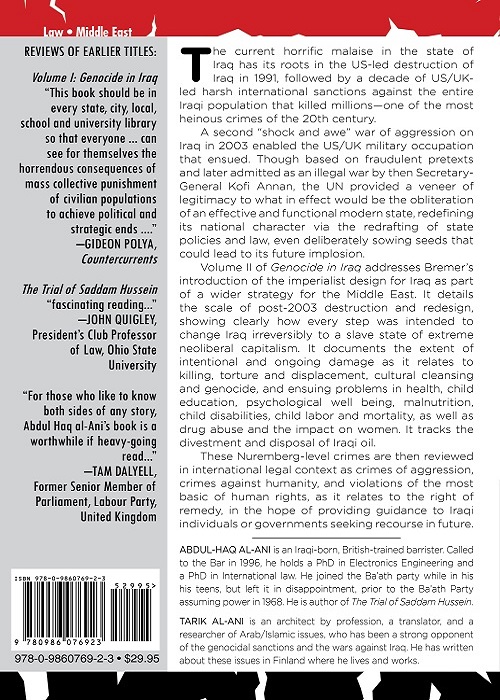 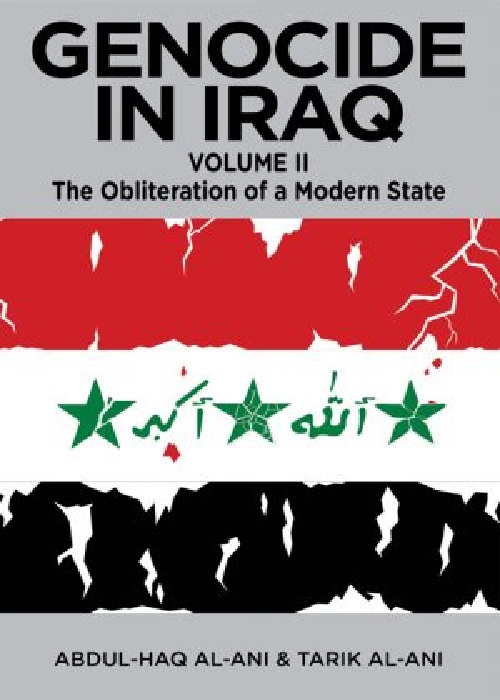 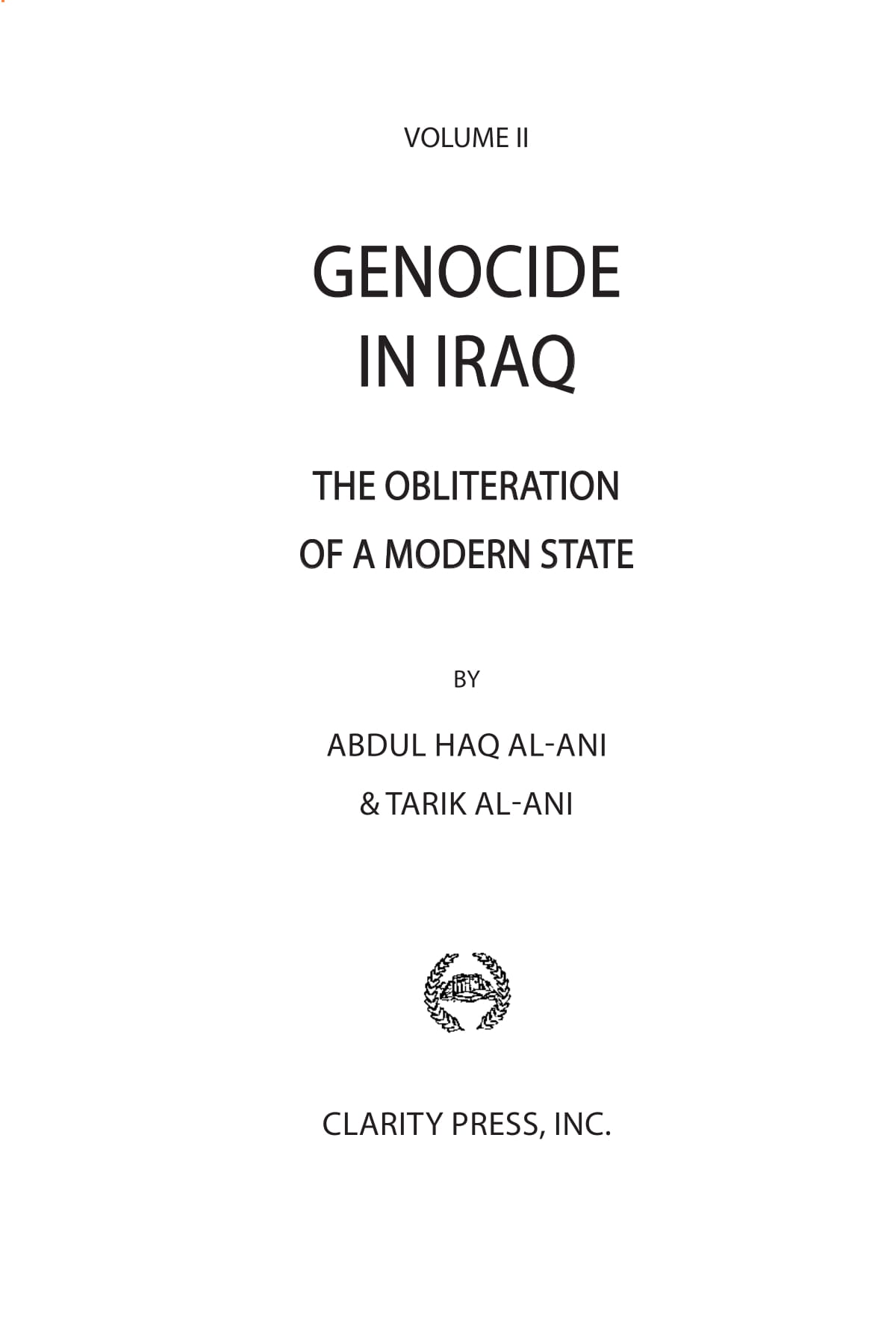 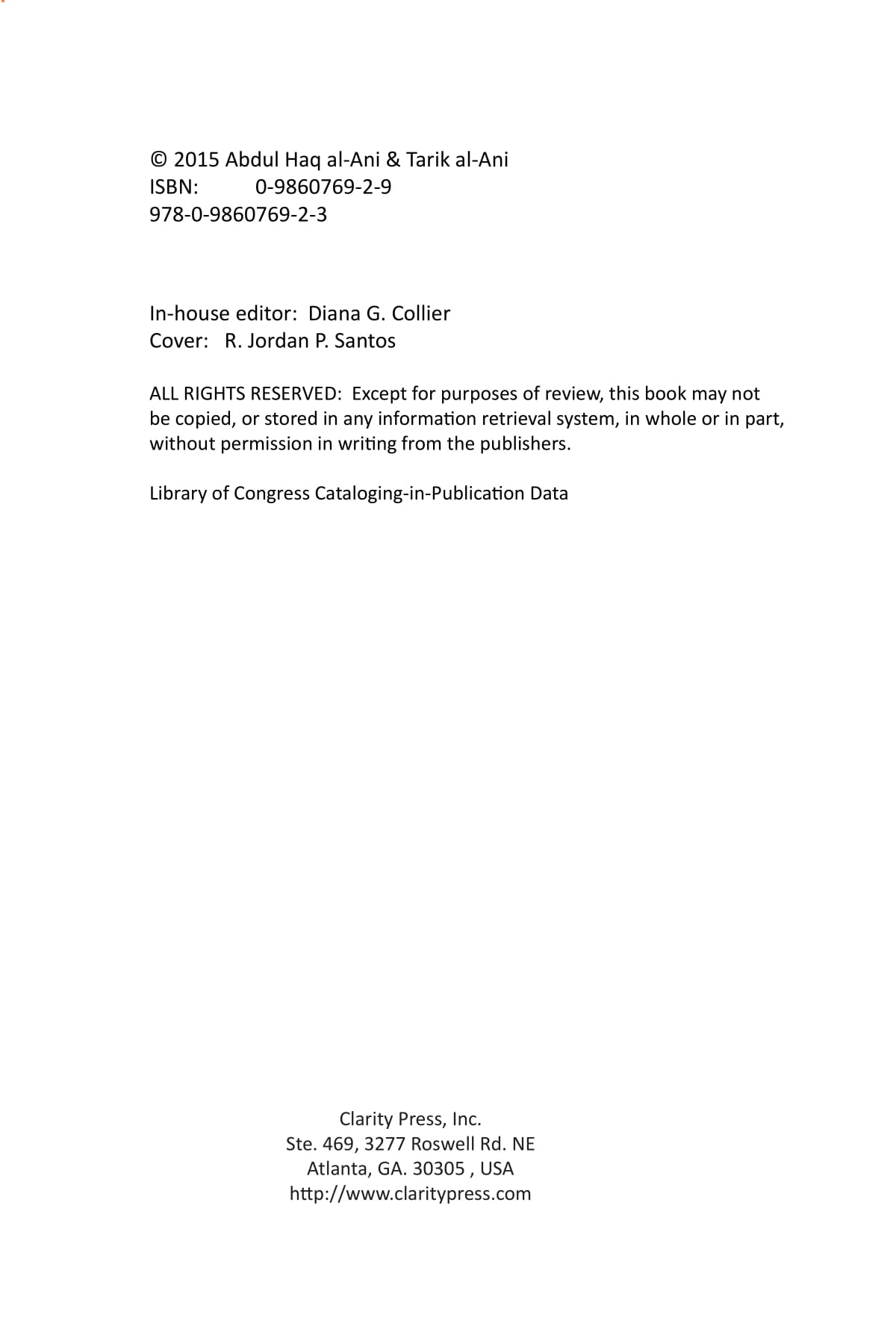 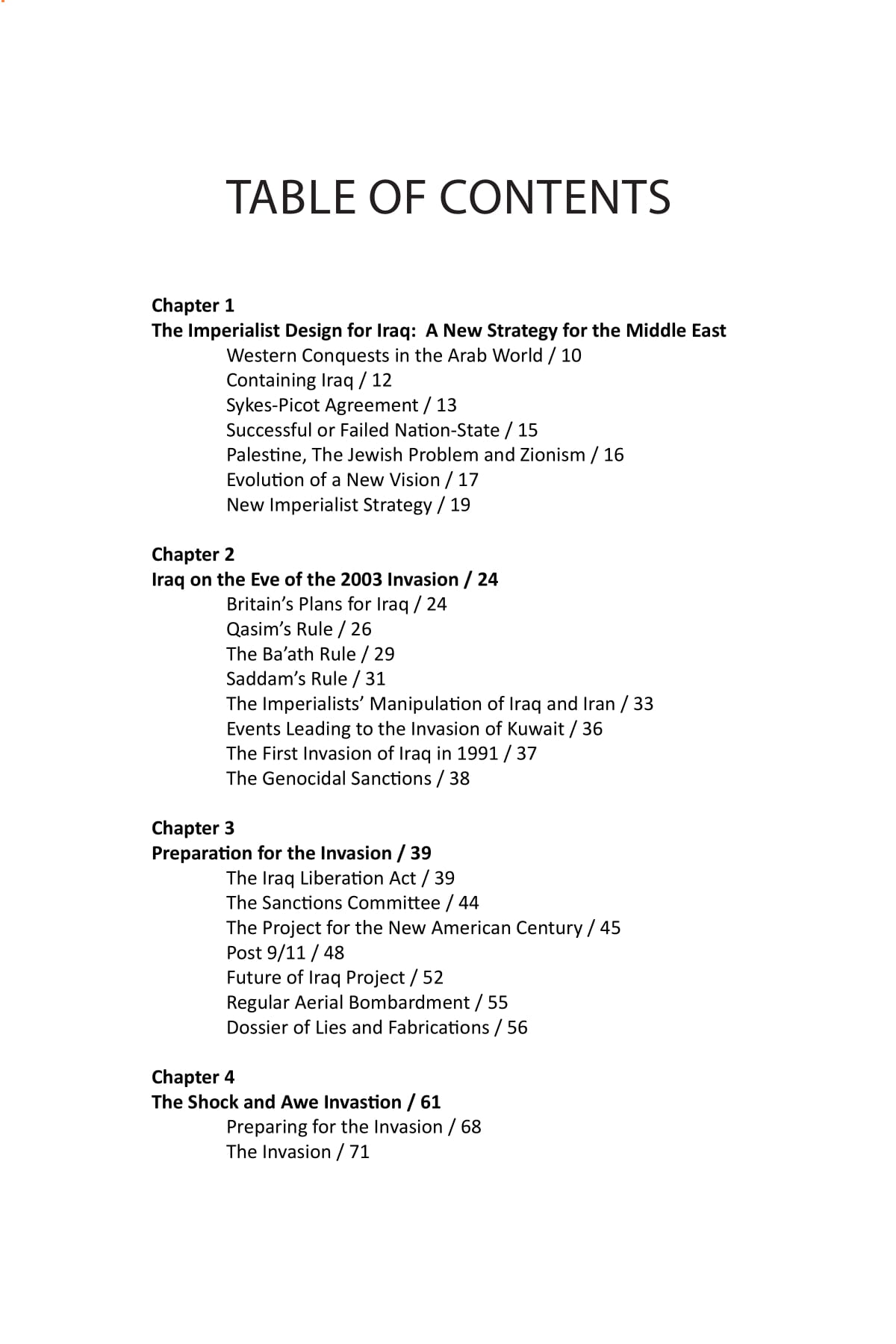 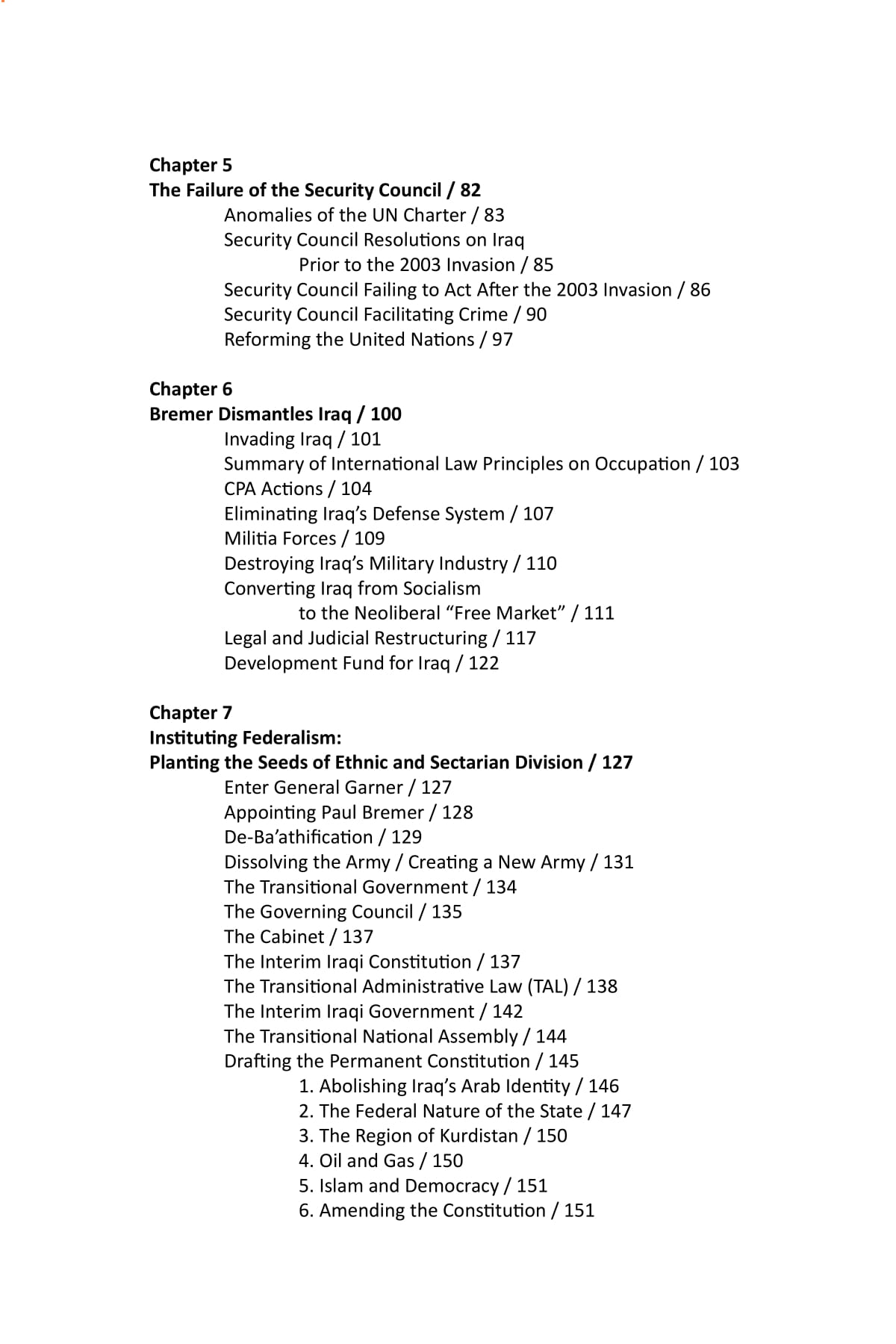 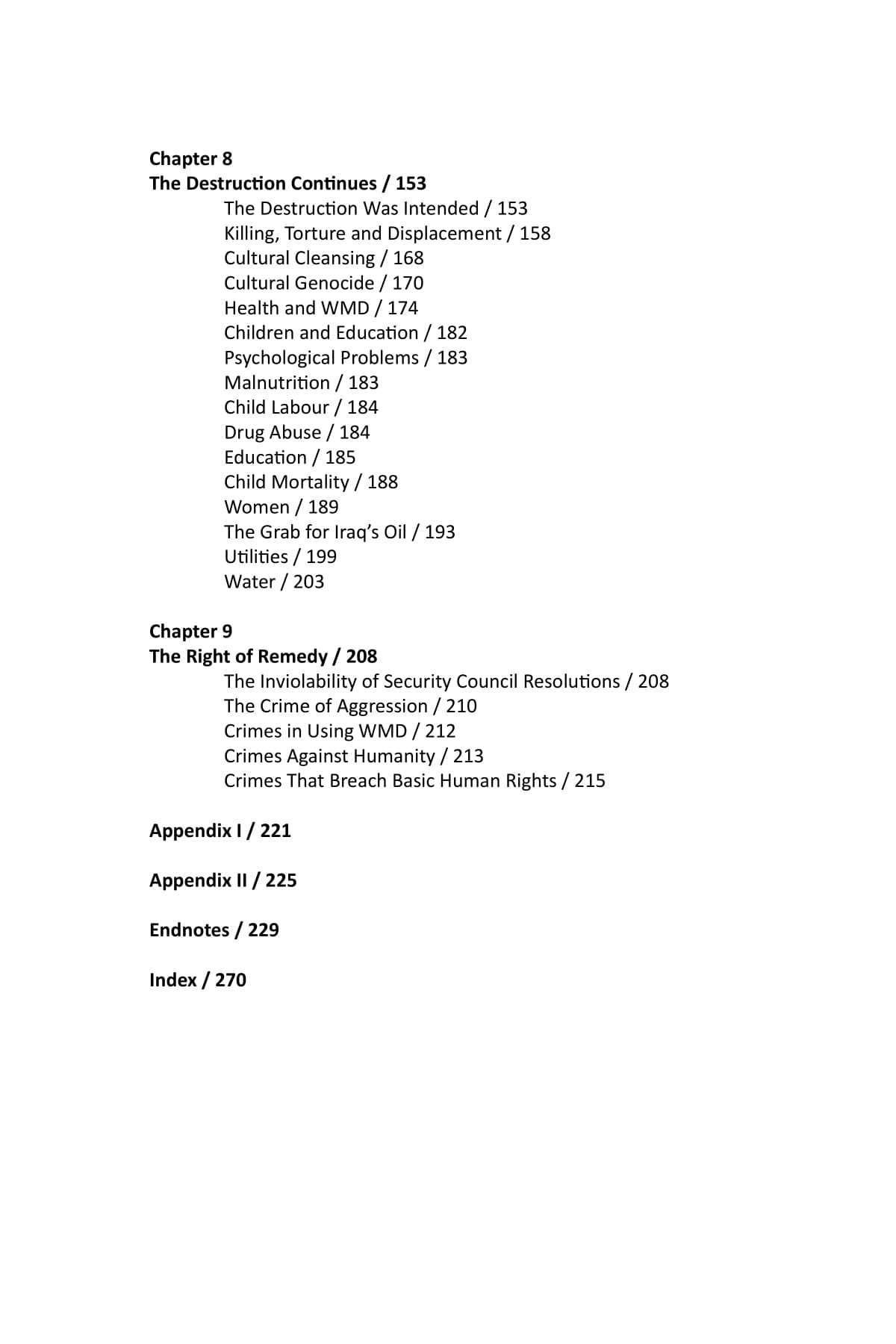 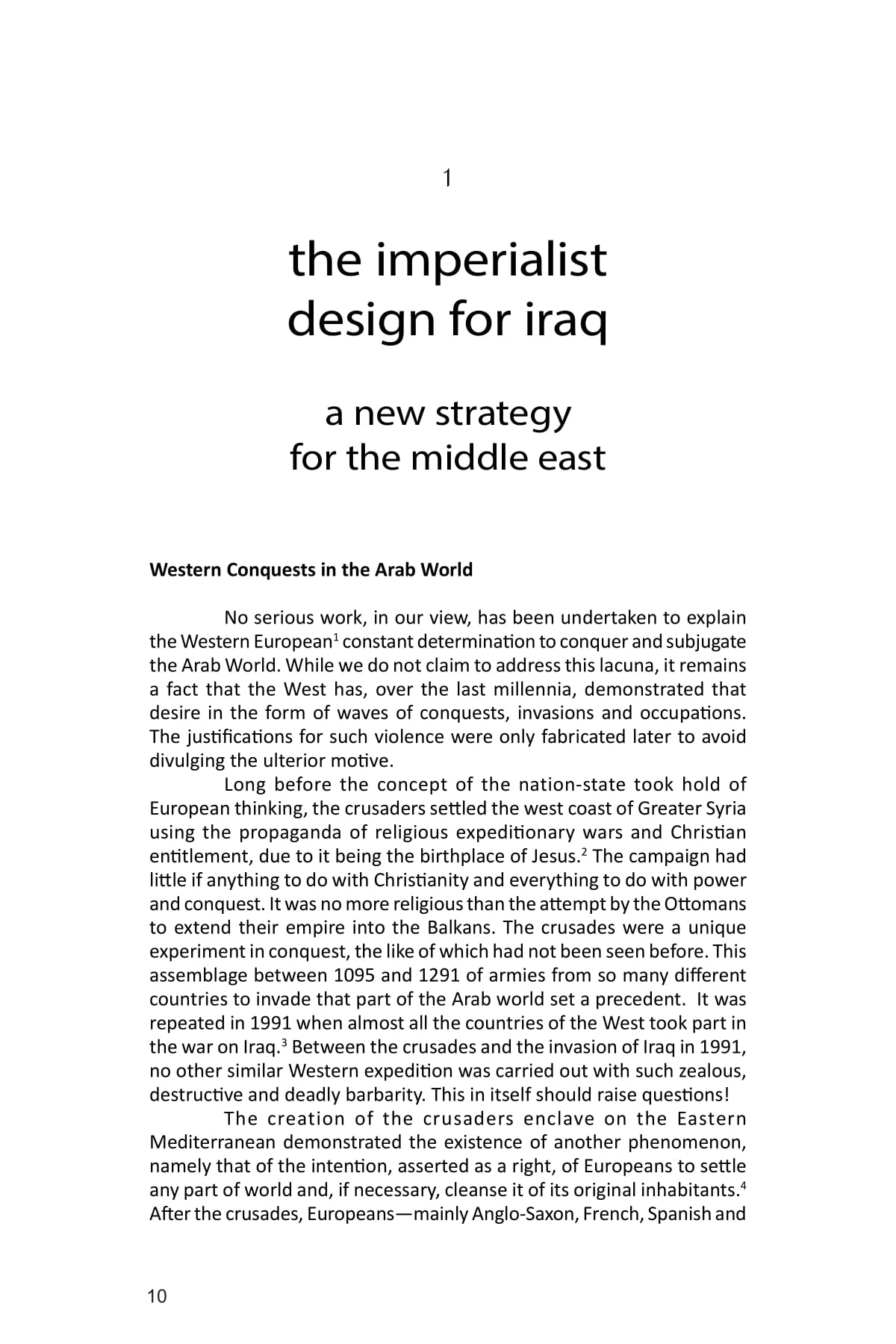 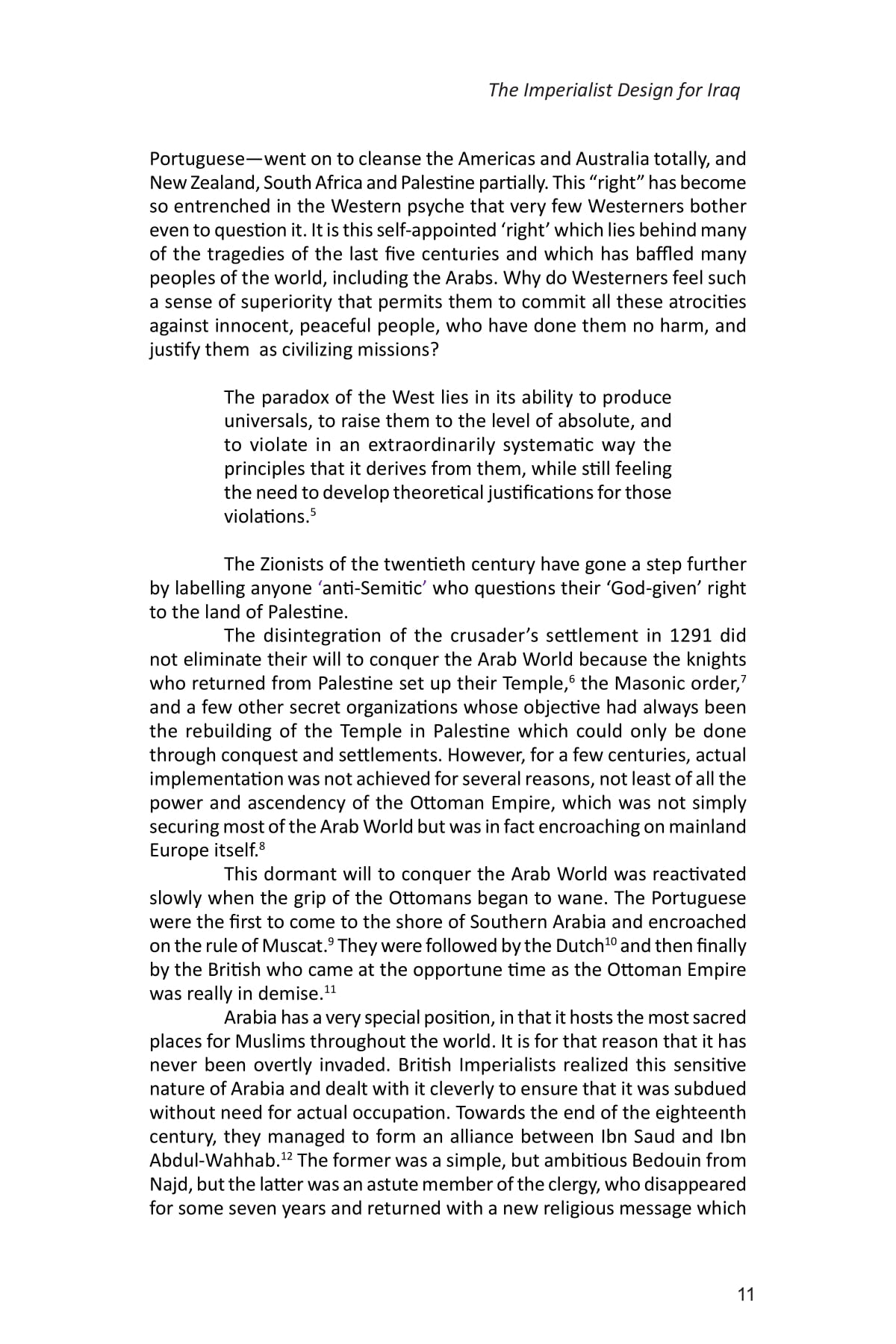 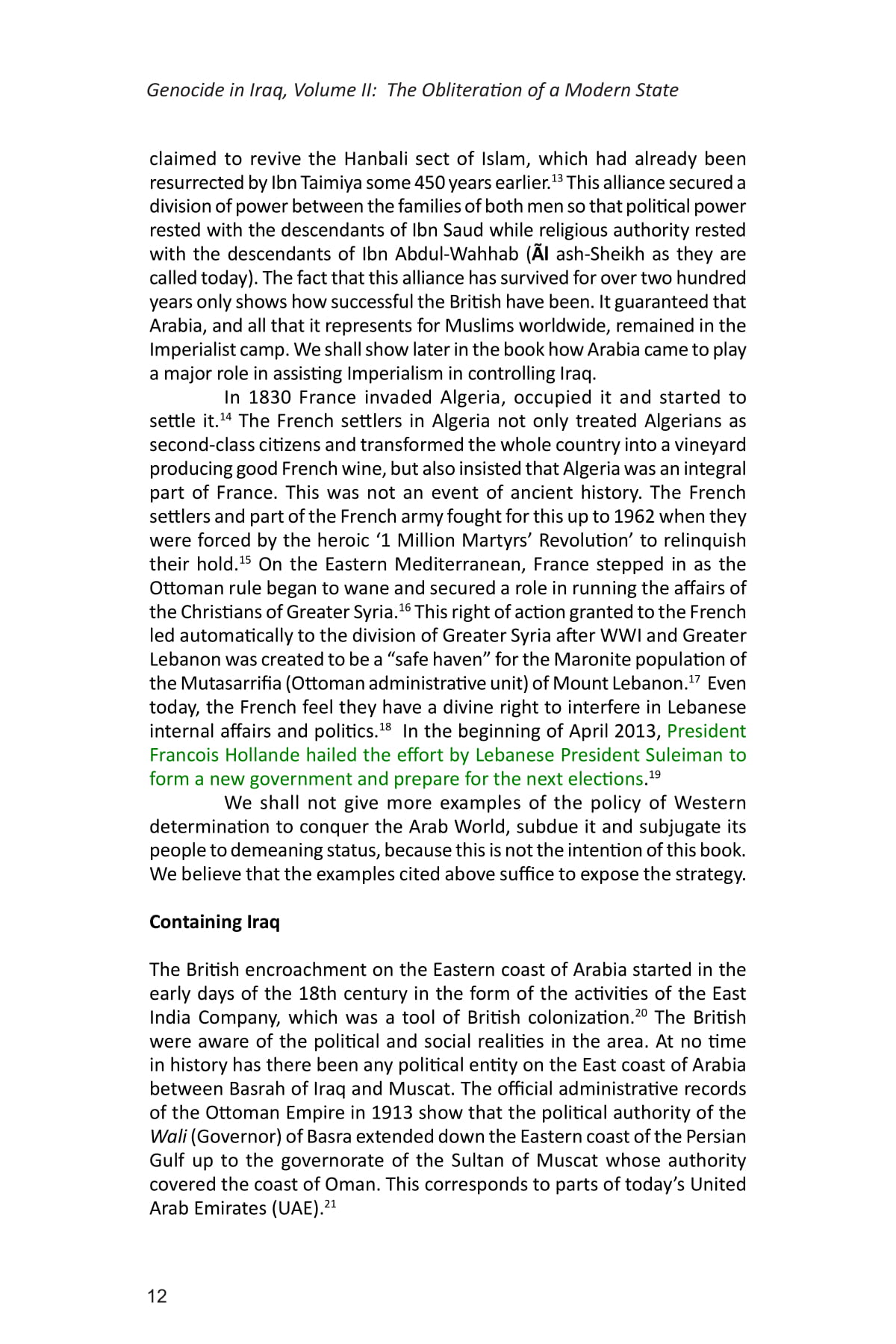 “Obliteration” is more than just the removal of a particular infrastructure.  It is the enforced redefinition of national character via the drafting of state policies and law.  Volume II addresses Bremer’s introduction of the imperialist design for Iraq as every step was intended to change Iraq irreversibly to a slave state of extreme neoliberal capitalism.

“Abdul-Haq Al-Ani & Tarik Al-Ani’s Genocide in Iraq, published by the small and independent Atlanta-based Clarity Press, presents a severe but cogently argued and well-documented indictment of the United Nations Security Council, the principal vehicle through which the United States, the rogue-in-chief of all nation-states, effected the wholesale destruction of Iraq…”

The current horrific malaise in the state of Iraq has its roots in the US-led destruction of Iraq in 1991, followed by a decade of harsh US-led international sanctions against the entire Iraqi population that killed millions — one of the most heinous crimes of the 20th century.

A second “shock and awe” war of aggression on Iraq in 2003 enabled the US/UK military occupation that ensued.  Though based on fraudulent pretexts and later admitted as an illegal war by then Secretary-General Kofi Annan, the UN provided a veneer of legitimacy to what in effect would be the obliteration of an effective and functional modern state, redefining its national character via the redrafting of state policies and law, even deliberately sowing seeds that could lead to its future implosion.

Volume II of Genocide in Iraq addresses Bremer’s introduction of the imperialist design for Iraq as part of a wider strategy for the Middle East. It details the scale of post-2003 destruction and redesign, showing clearly how every step was intended to change Iraq irreversibly to a slave state of extreme neoliberal capitalism. It documents the extent of intentional and ongoing damage as it relates to killing, torture and displacement, cultural cleansing and genocide, and ensuing problems in health, child education, psychological well being, malnutrition, child disabilities, child labor and mortality, as well as drug abuse and the impact on women. It tracks the divestment and disposal of Iraqi oil.

These Nuremberg-level crimes are then reviewed in international legal context as the crime of aggression, crimes against humanity, and violations of the most basic of human rights, as it relates to the right of remedy, in the hope of providing guidance to Iraqi individuals or governments seeking recourse in future.

Abdul-Haq al-Ani is an Iraqi-born, British-trained barrister who served as a legal adviser on Saddam Hussein’s defense to his daughter, Raghad Saddam Hussein. Called to the Bar in 1996, he holds a PhD in Electronics Engineering and a PhD in International law. Founding editor of The Arab Review, he has written widely on culture, politics and religion. He joined the Ba’ath party while in his his teens, but left it in disappointment a few years later,prior to the Ba’ath Party assuming power in 1968. He is author of The Trial of Saddam Hussein and the two-volume Genocide in Iraq, co-authored with Tarik al-Ani.

Tarik Al-Ani is an architect by profession, a translator, and a researcher of Arab/Islamic issues, who has been a strong opponent of the genocidal sanctions and the wars against Iraq.He has publicly written and talked about these issues in Finland where he works and lives.Joshua Castellano is Professor of Law and Head of the Law Department, MiddlesexUniversity, UK.