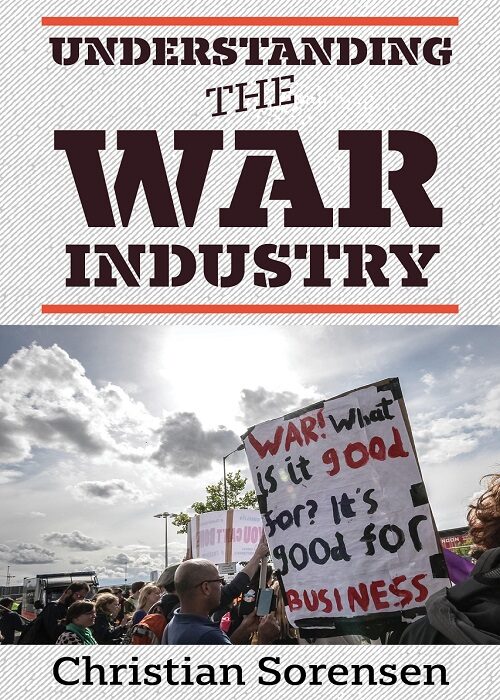 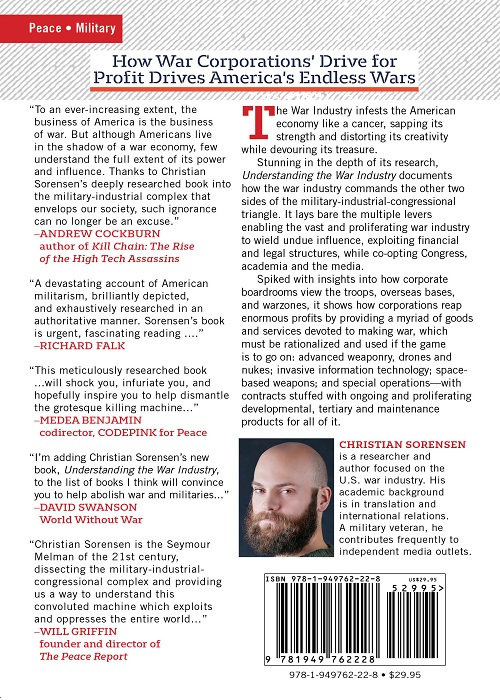 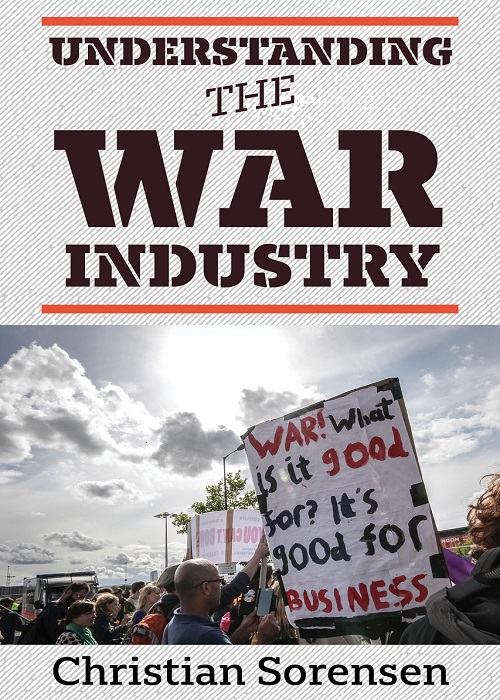 NARRATED BY THE AUTHOR, CHRISTIAN SORENSEN.

“To an ever-increasing extent, the business of America is the business of war. But although Americans live in the shadow of a war economy, few understand the full extent of its power and influence. Thanks to Christian Sorensen’s deeply researched book into the military-industrial complex that envelops our society, such ignorance can no longer be an excuse.” —ANDREW COCKBURN, author of Kill Chain: The Rise of the High Tech Assassins

“A devastating account of American militarism, brilliantly depicted, and exhaustively researched in an authoritative manner. Sorensen’s book is urgent, fascinating reading for anyone who wants to save the country and the world from political, economic, and ecological disaster. Its message is so convincingly delivered that it will change many open minds forever and for the better.” —RICHARD FALK, International Lawyer

“Have you ever wondered why the United States is always at war? This meticulously researched book lays out in painstaking detail exactly how our nation has been captured by a war industry that profits from endless conflict and pursues profit at all costs. It will shock you, infuriate you, and hopeful inspire you to help dismantle the grotesque killing machine that steals our resources, wreaks havoc around the world, and leaves the merchants of death laughing all the way to the bank.” — MEDEA BENJAMIN, codirector, CODEPINK for Peace

“I’m adding Christian Sorensen’s new book, Understanding the War Industry , to the list of books I think will convince you to help abolish war and militaries… [It is] not so much analysis as an effort to persuade through the repetition of examples, countless examples, naming names and laid out over hundreds of pages. The author admits that he’s only scratching the surface. But he’s scratching it in lots of different places, and the result ought to be persuasive for most people”—DAVID SWANSON, World Beyond War

“Christian Sorensen is the Seymour Melman of the 21st century, dissecting the military-industrial-congressional complex and providing us a way to understand this convoluted machine which exploits and oppresses the entire world…” —WILL GRIFFIN, founder and director of The Peace Report.

Christian Sorensen is a researcher and author focused on the U.S. war industry. His academic background is in translation and international relations. A military veteran, he contributes frequently to independent media outlets.