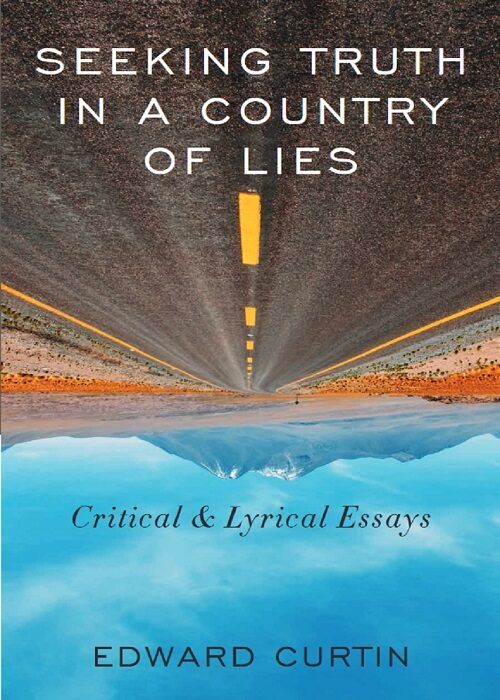 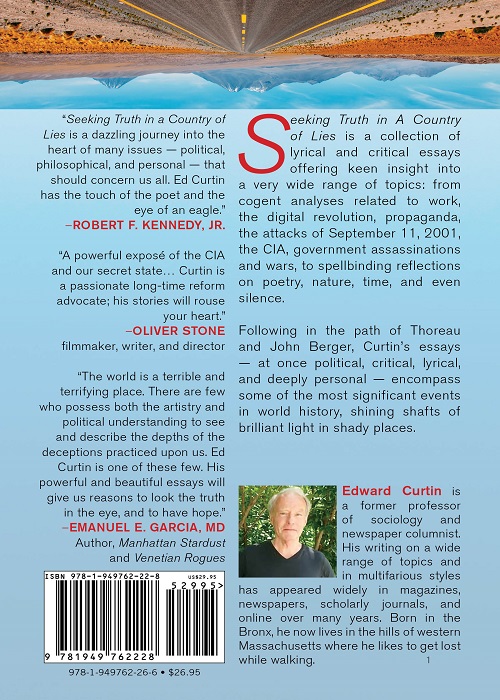 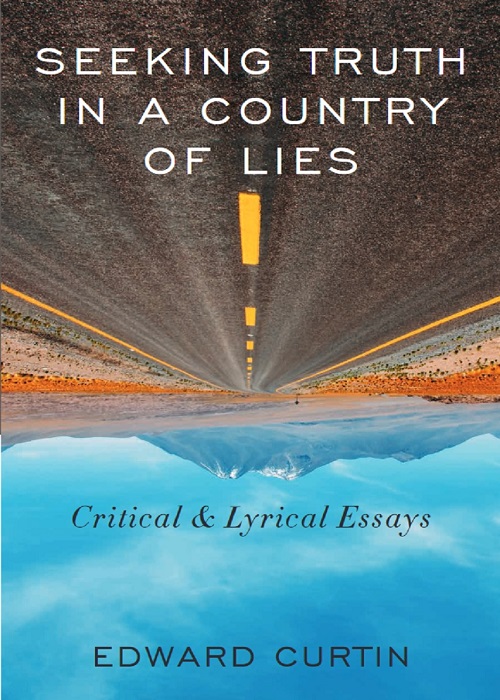 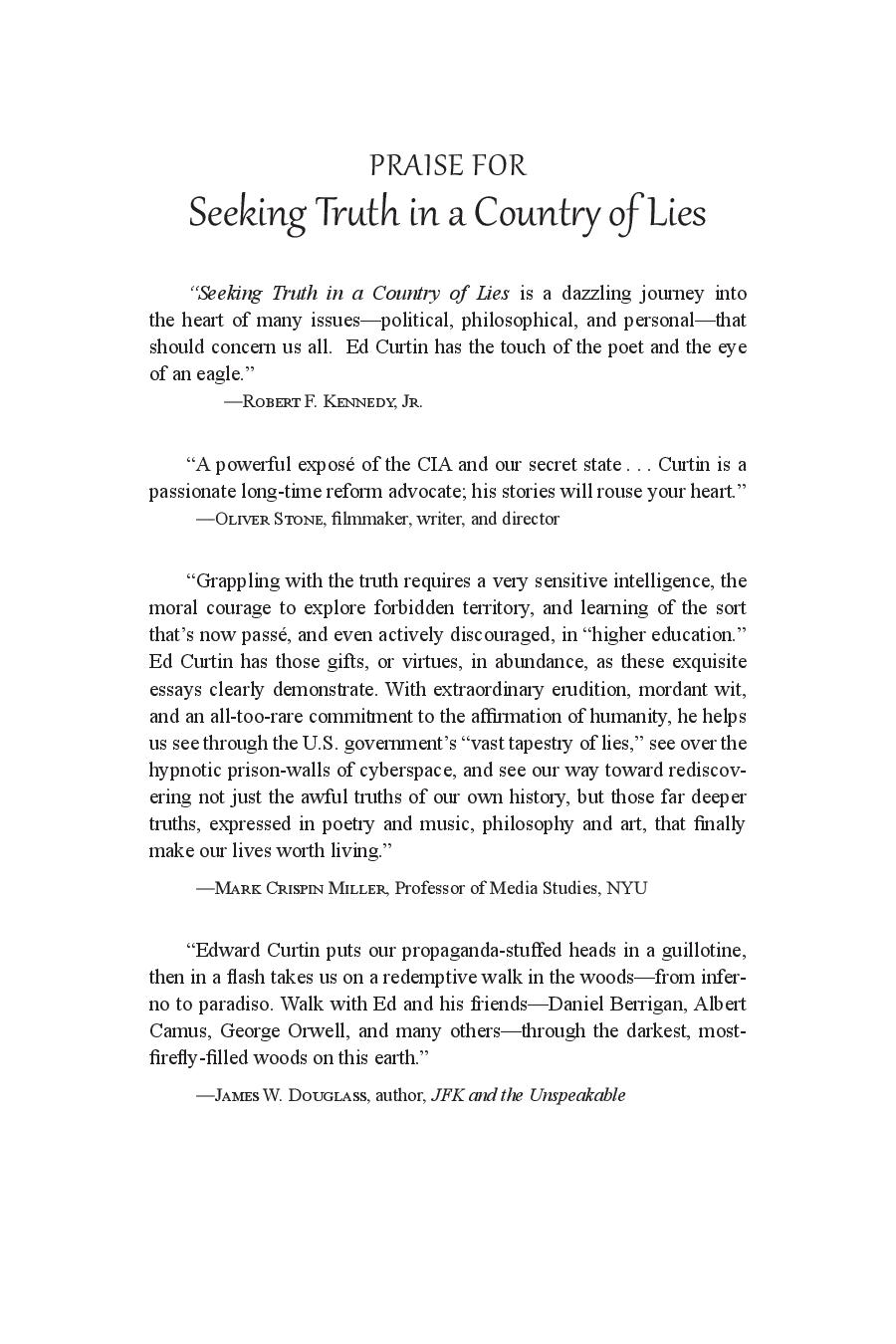 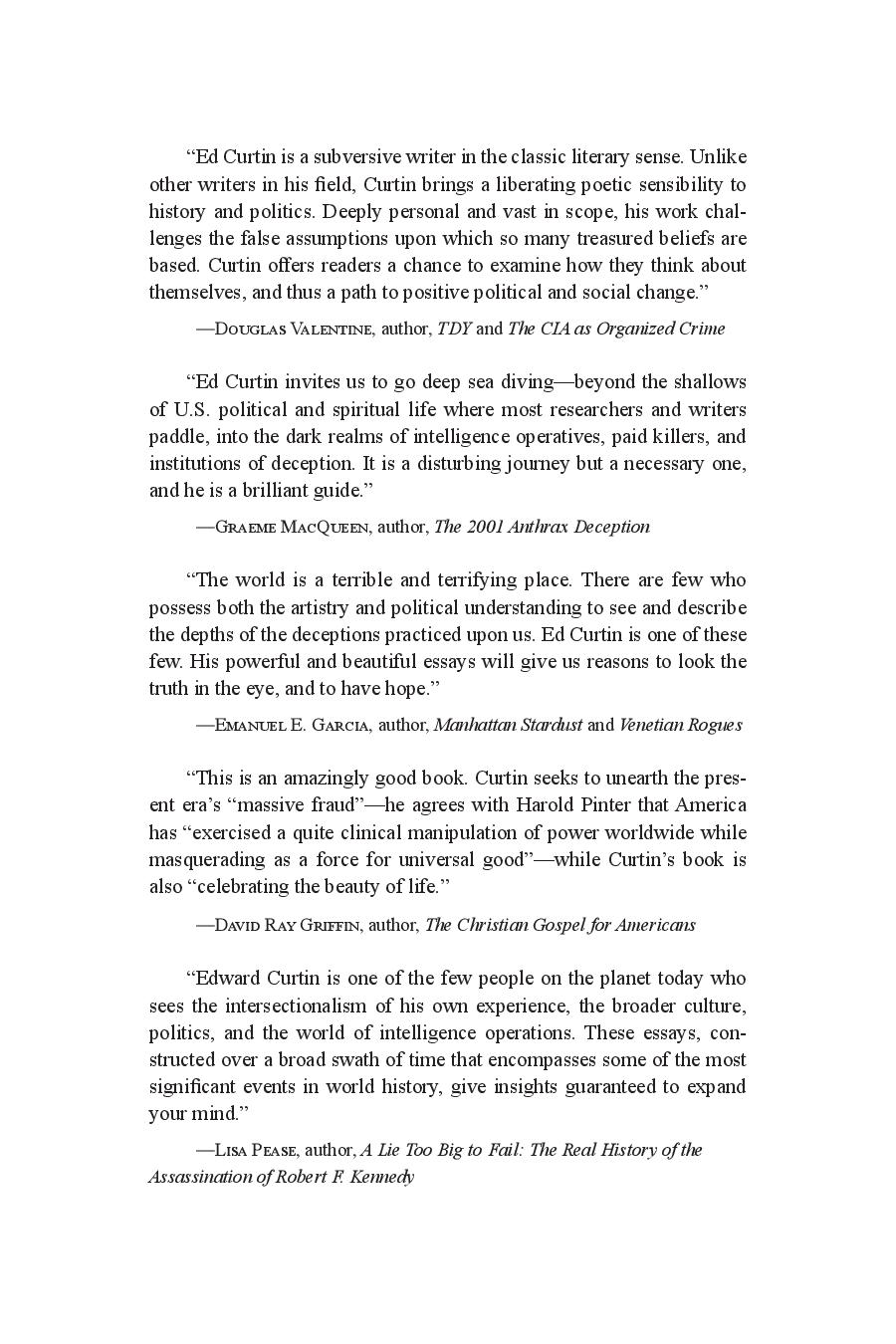 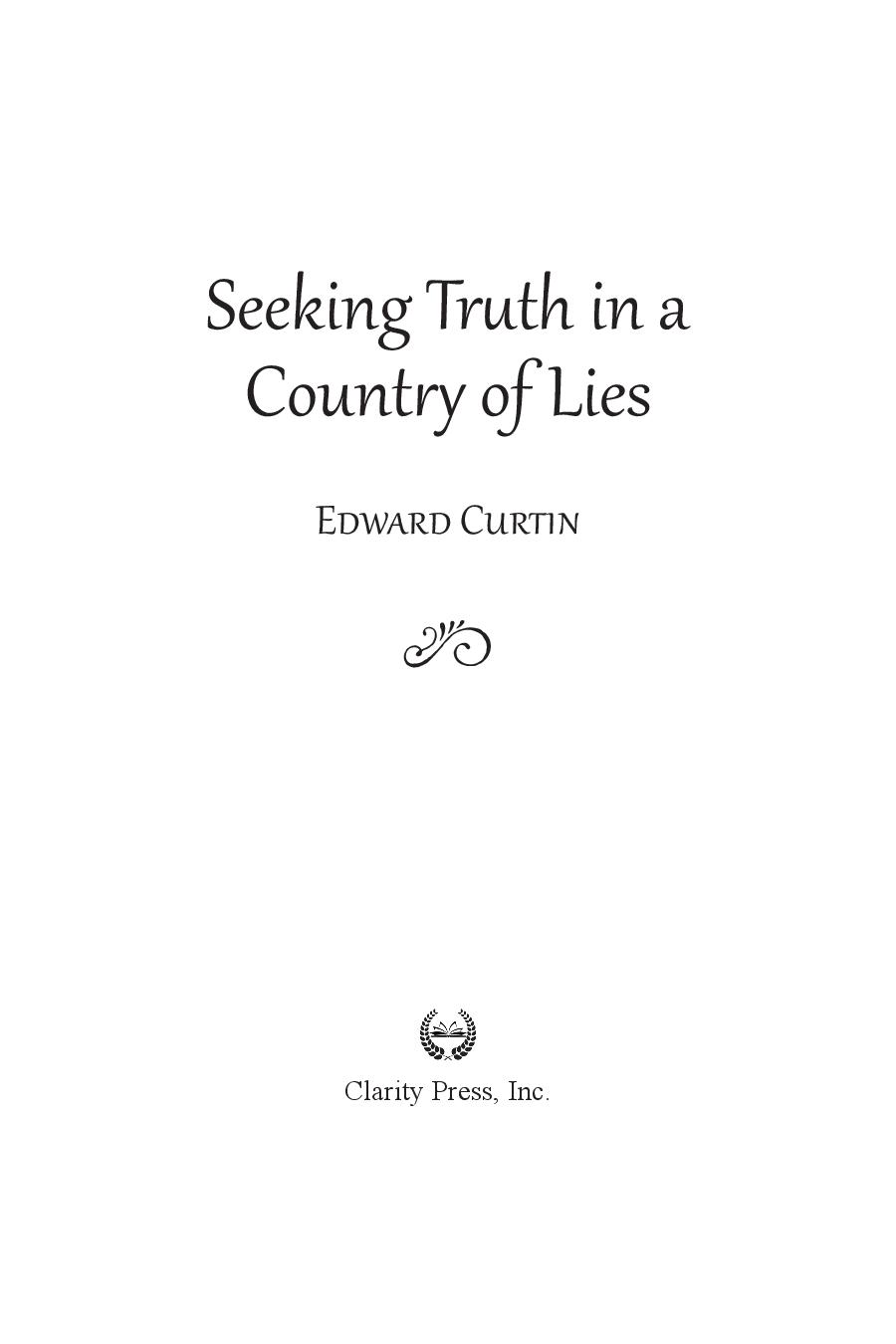 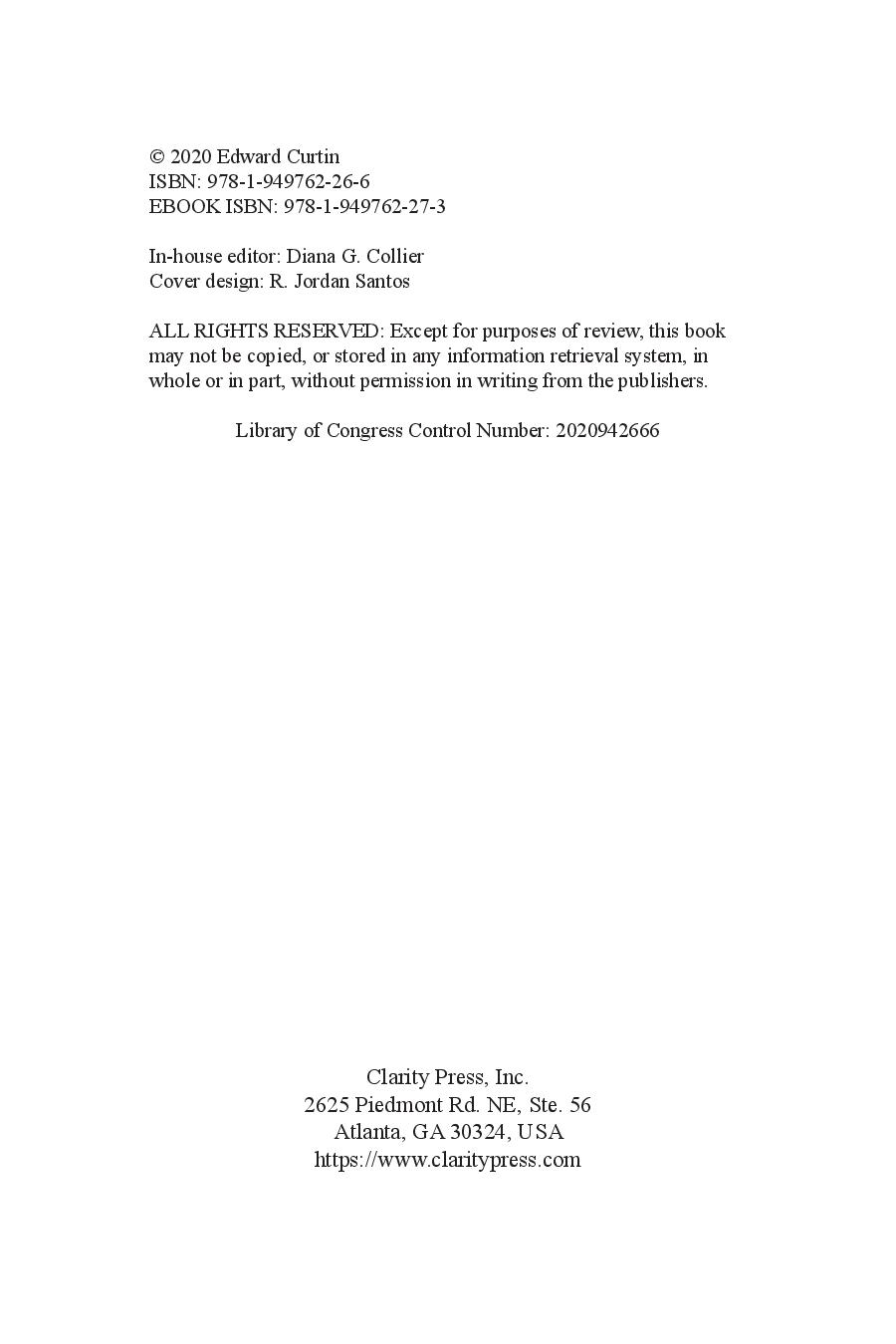 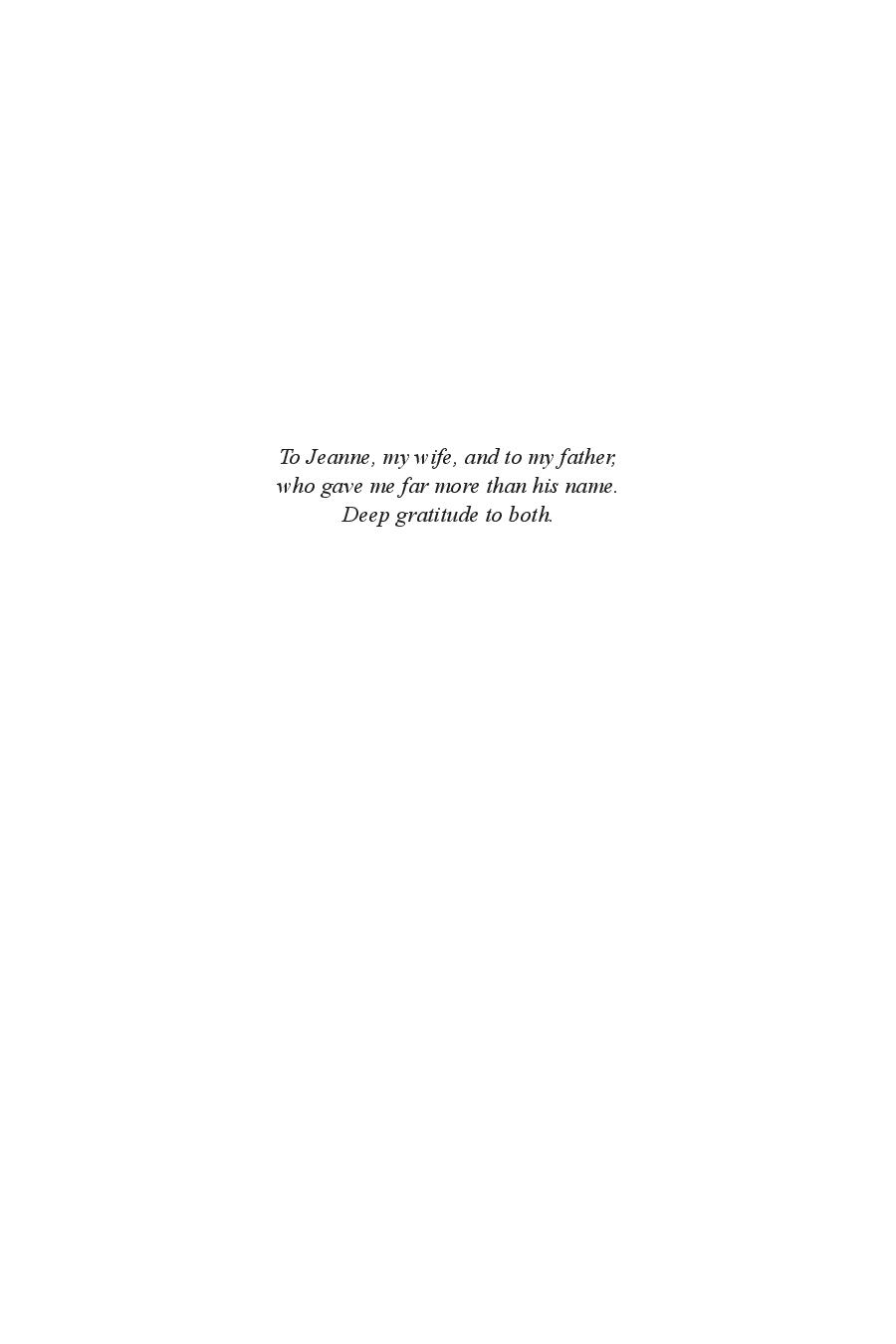 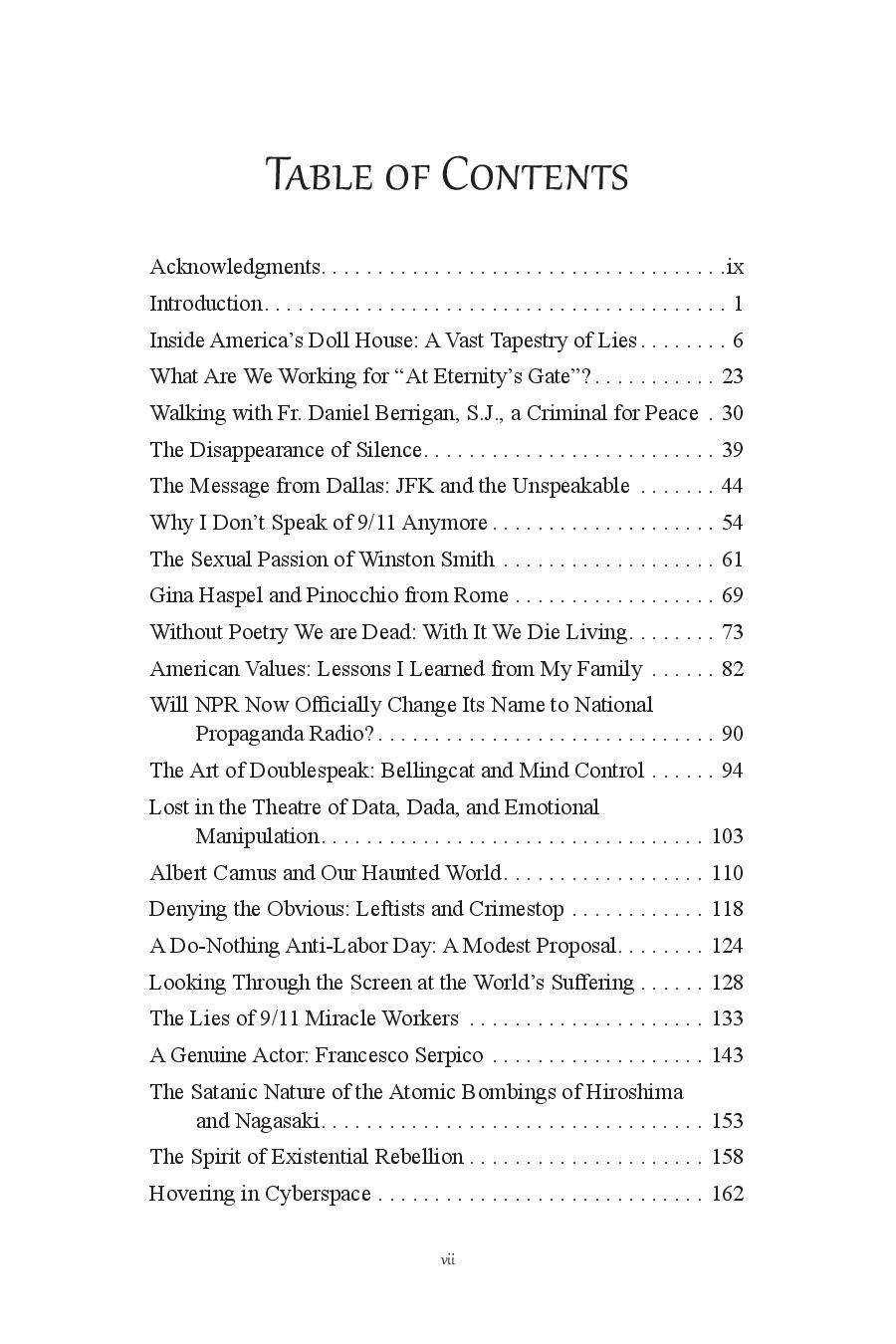 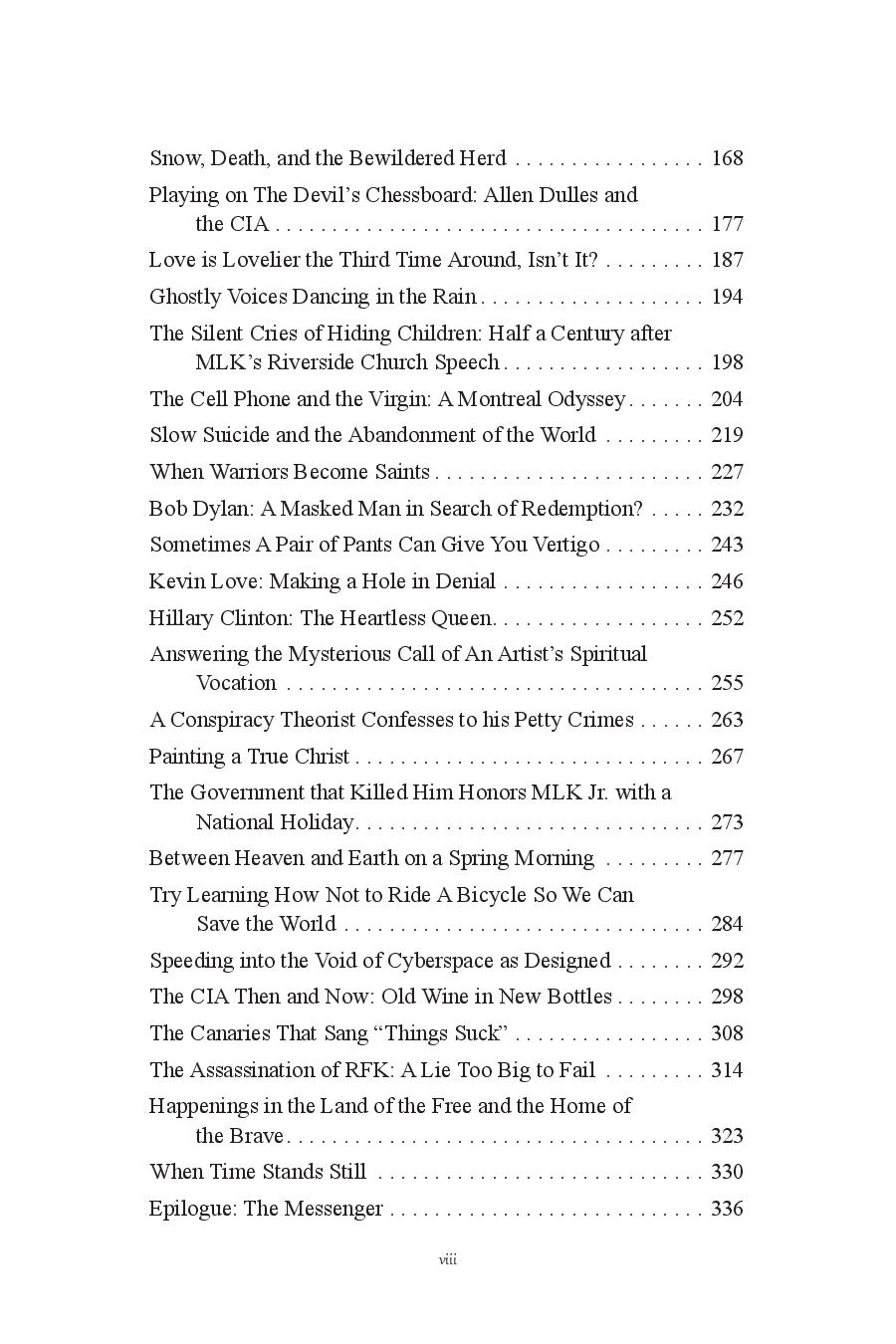 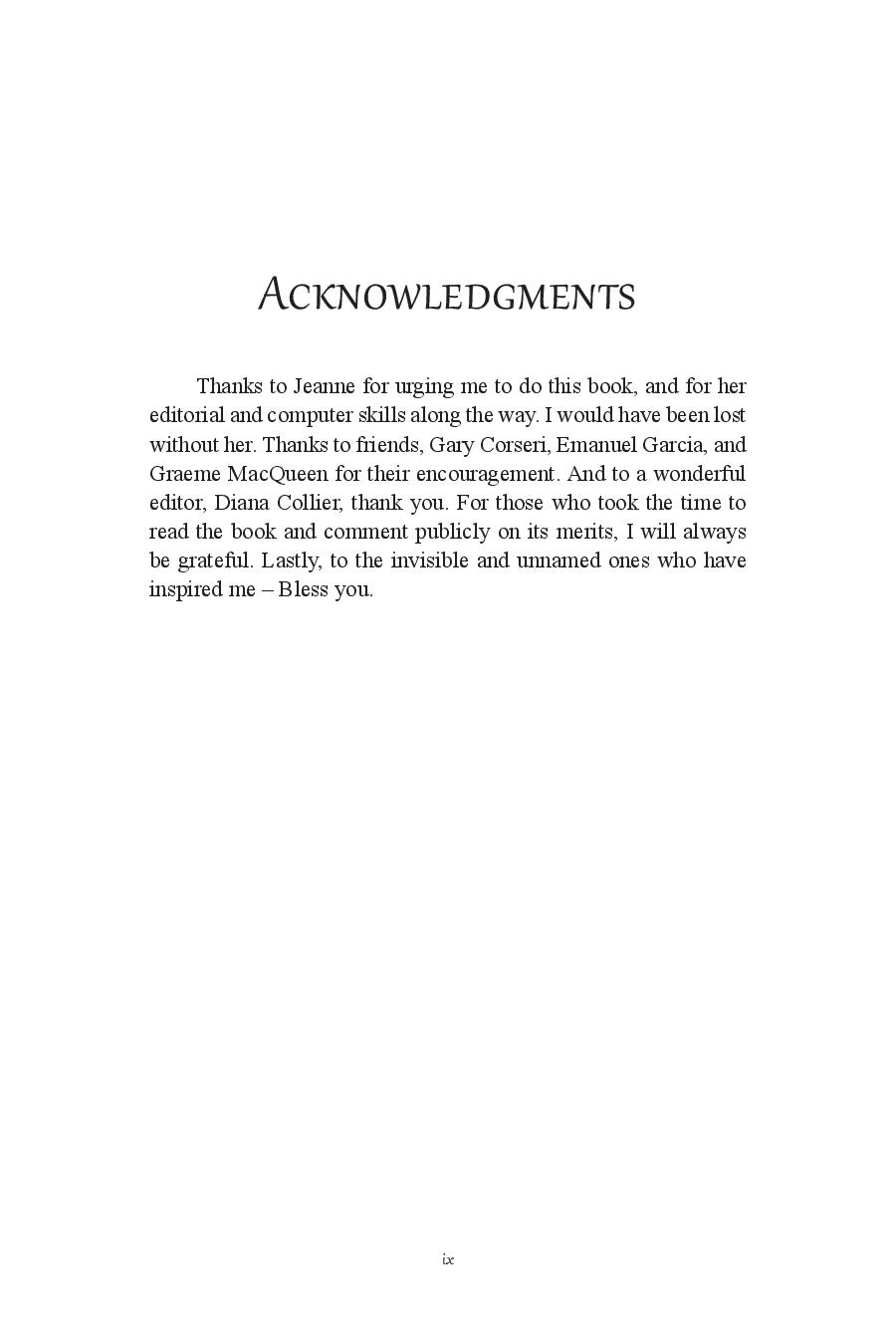 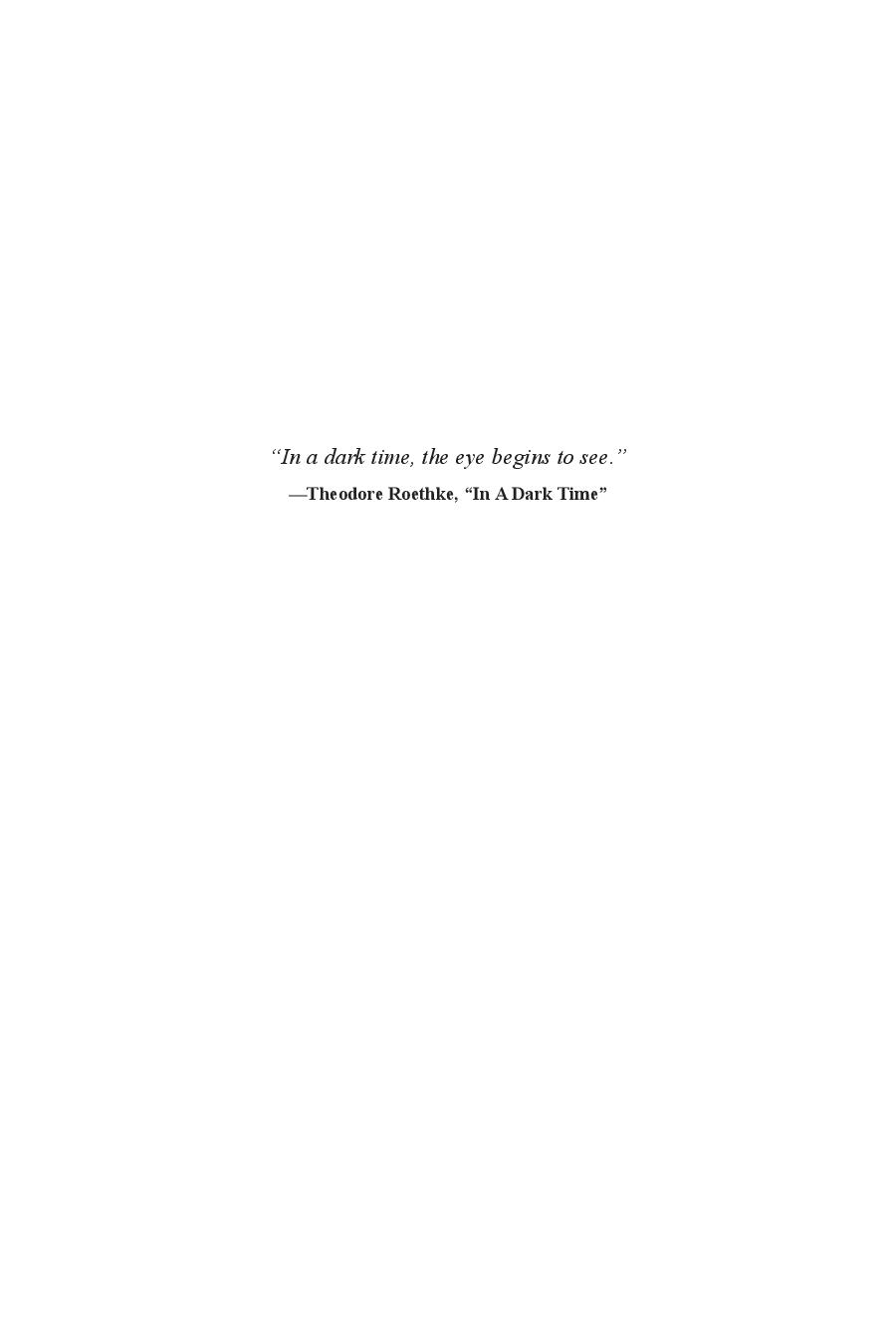 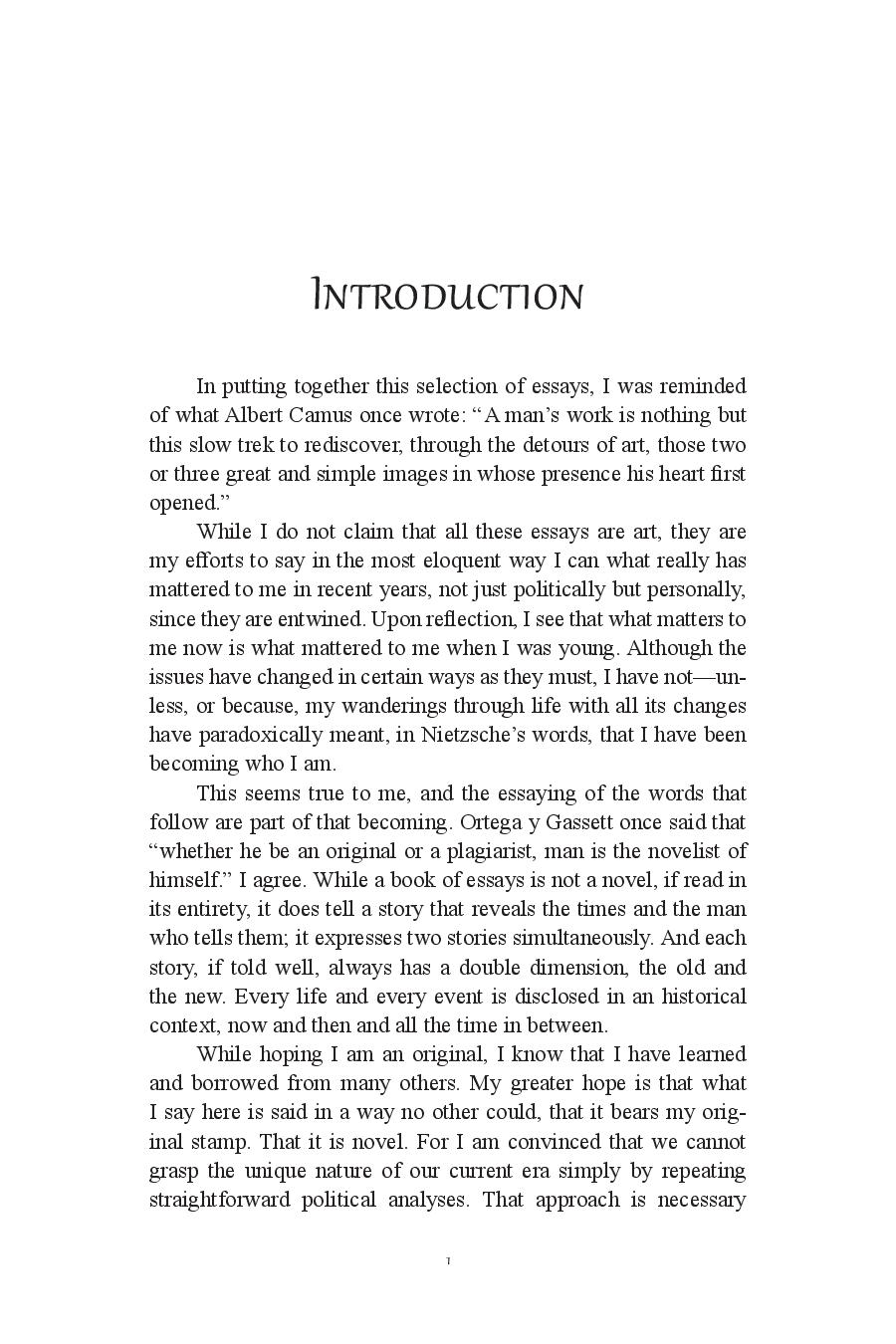 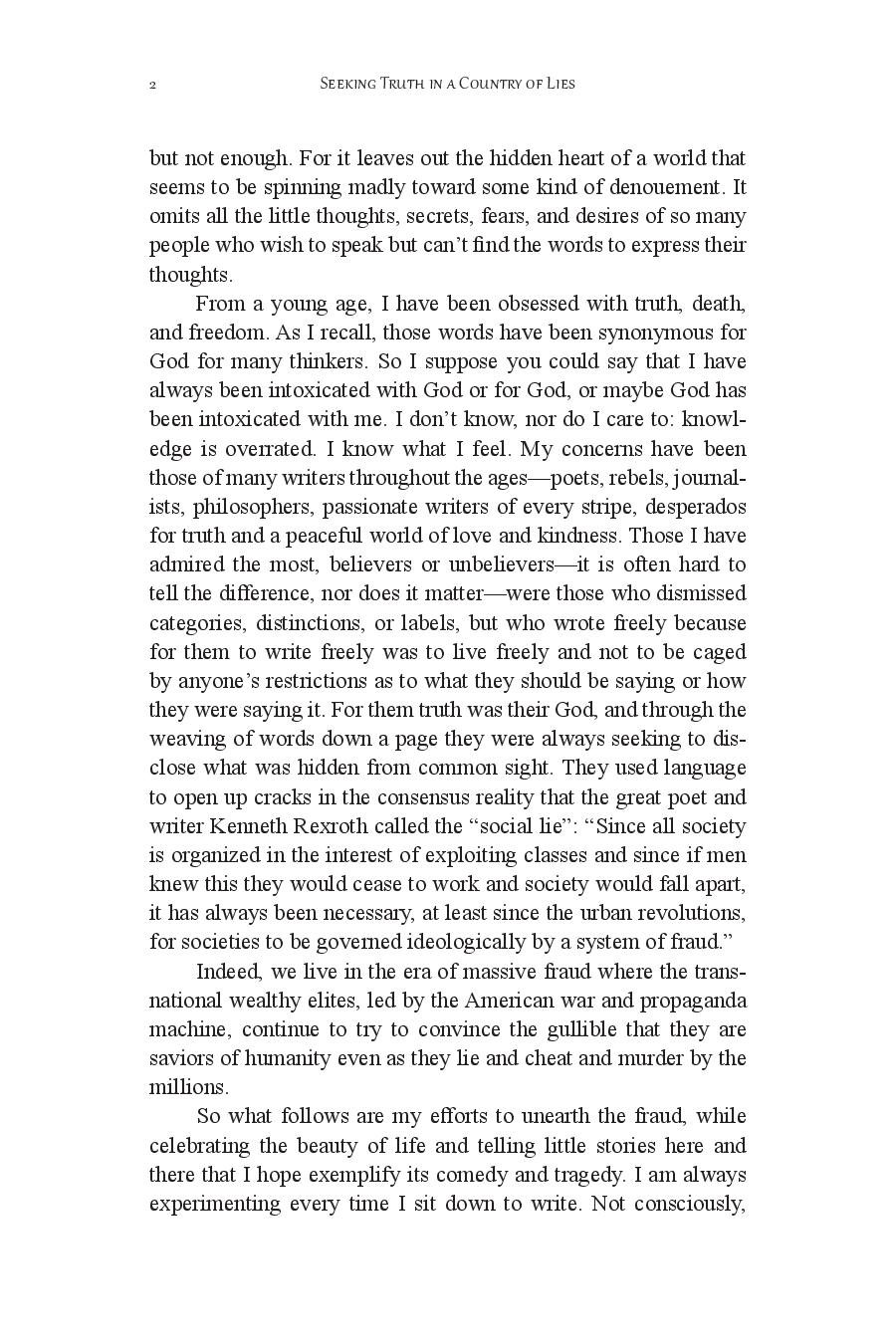 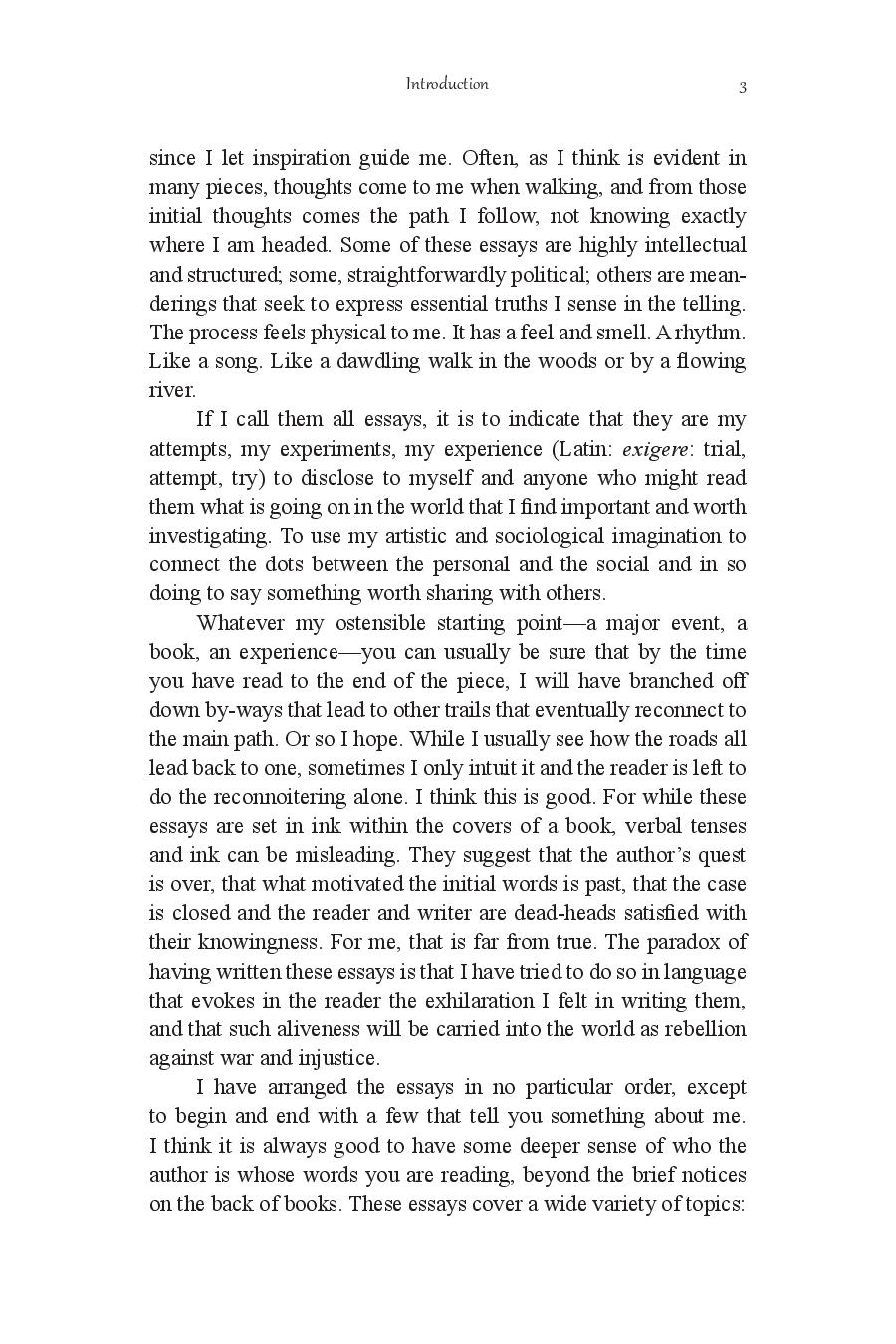 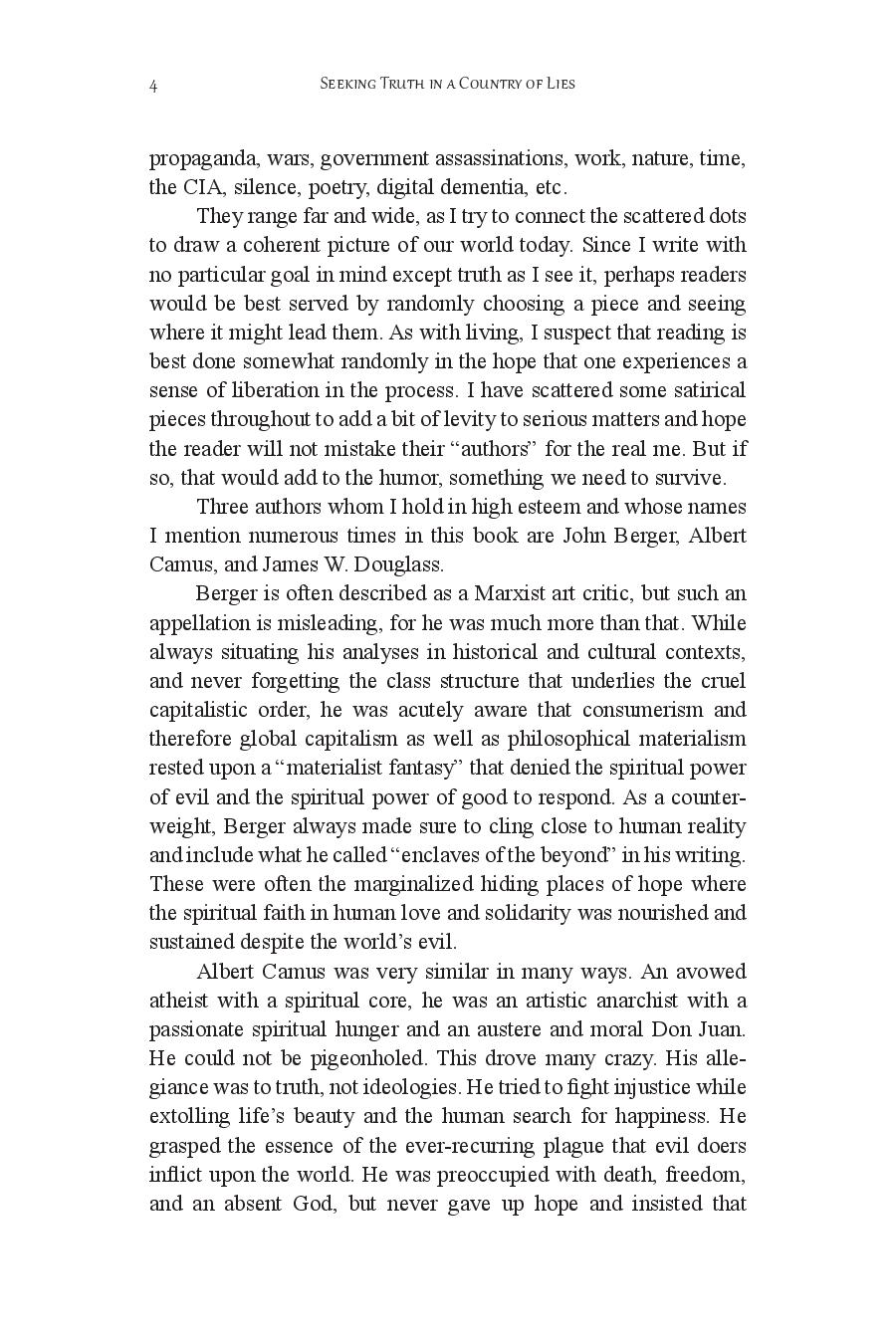 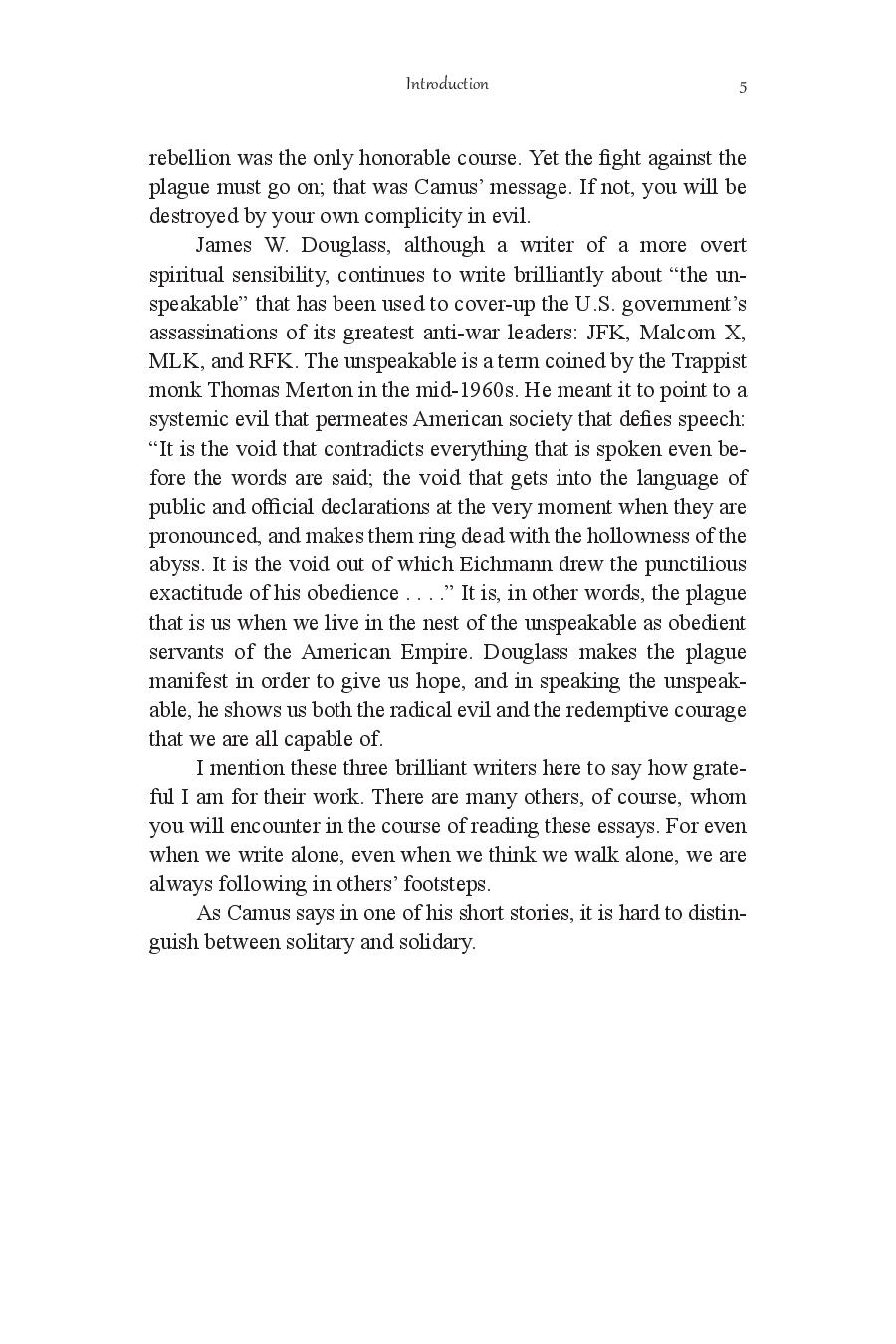 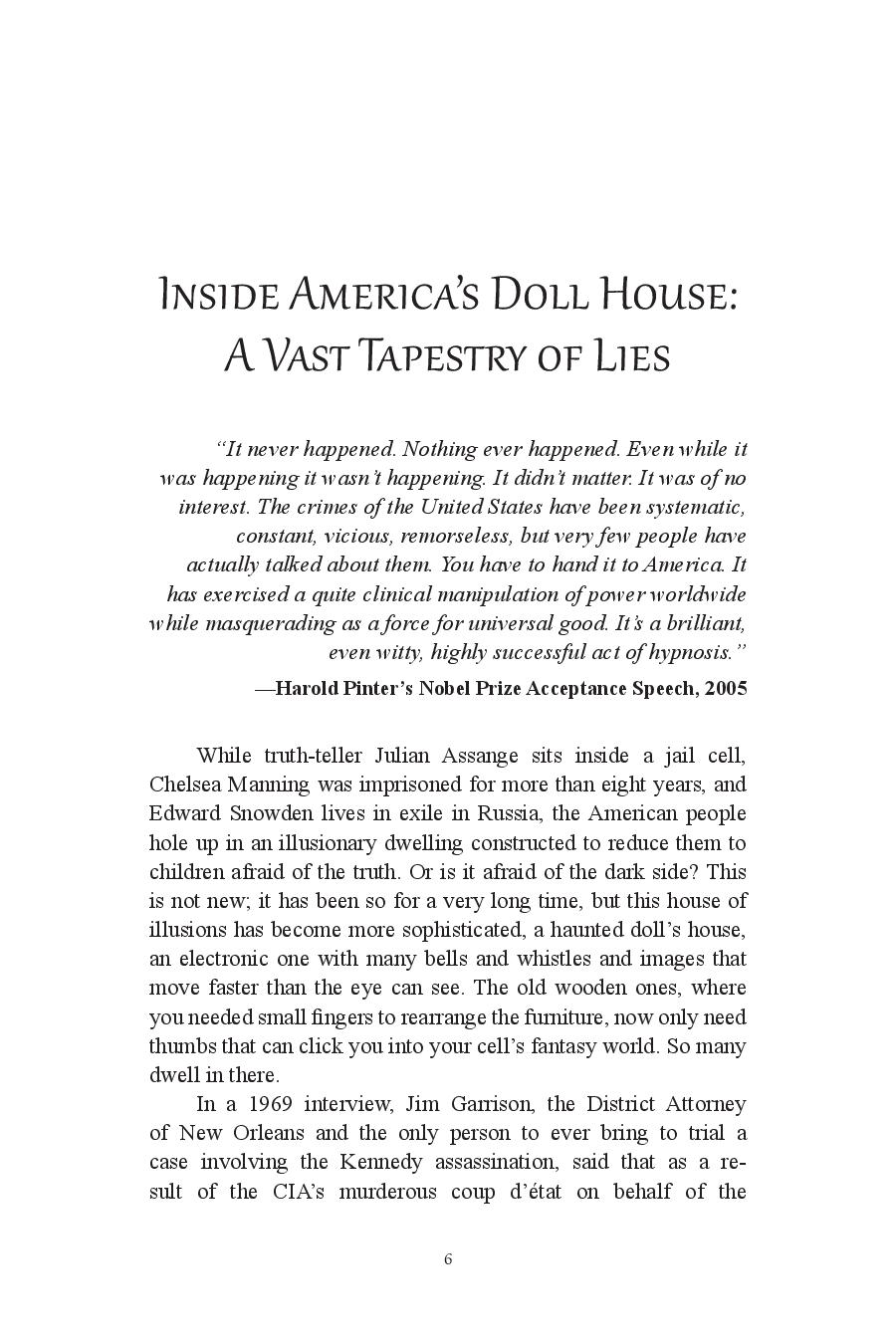 Seeking Truth in A Country of Lies is a collection of lyrical and critical essays offering keen insight into a very wide range of topics: from cogent analyses related to work, the digital revolution, propaganda, the attacks of September 11, 2001, the CIA, government assassinations and wars, to spellbinding reflections on poetry, nature, time, and even silence. Following in the path of such earlier celebrated essayists as Thoreau and John Berger, Curtin’s critique is at once political, social, cultural, and deeply personal. These essays, constructed over a broad swath of time that encompasses some of the most significant events in world history, give insights guaranteed to expand your mind   They shine shafts of brilliant light on abhorrent matters that the ruling elite would prefer to keep buried, often reaching clear and radical conclusions. Reading Curtin is akin to taking a walk in the woods with a good friend who gradually unrolls a stunning life-changing revelation, where, having started out with a particular destination in mind, one is then lured ever onwards into diverging paths another after another, until, as the compass finally turns one gently back toward home, that sanctuary no longer looks the same. A restless wonderment has been aroused, dots are connected, and a comprehensive picture emerges.

Some essays are highly intellectual and structured; some, straightforwardly political; others are meanderings that seek to encompass essential truths that emerge in the telling.  Here’s but a taste of his turn of phrase:

and his acerbic twist updating Robert Frost to contemporary context:

The power of Curtin’s essays lies in their capacity to evoke in the reader the exhilaration and passion for truth that one senses the writer felt when writing them, that the writer hoped would be carried into the world as rebellion against propaganda, war, and injustice.  They contain multitudes of trajectories, not least a celebration of the beauty of life and the hope that a better world is possible if people undertake that task.

This book is a feast.

Educated in the classics, philosophy, literature, theology, and sociology, Edward Curtin is a former professor of sociology at Massachusetts College of Liberal Arts. His career has been deeply informed by playing basketball where, as a point-guard, he learned to see the whole court. A former newspaper columnist for The Berkshire Eagle, his writing on a wide range of topics and in multifarious styles has appeared widely in magazines, newspapers, scholarly journals, and online over many years. Born in the Bronx, he now lives in the hills of western Massachusetts where he likes to get lost while walking.

6 reviews for SEEKING TRUTH IN A COUNTRY OF LIES