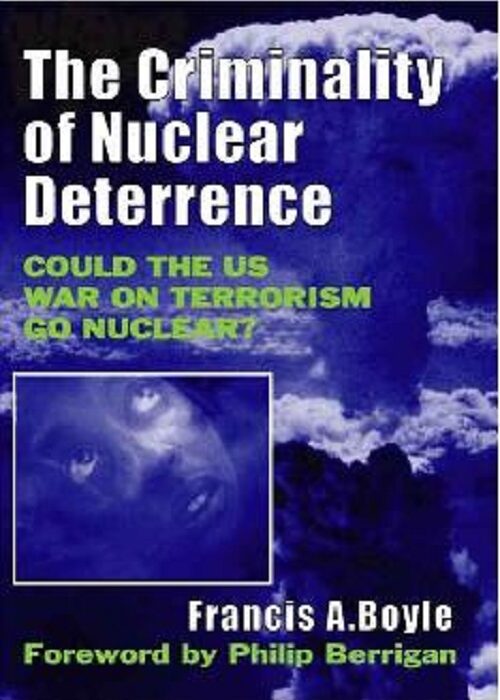 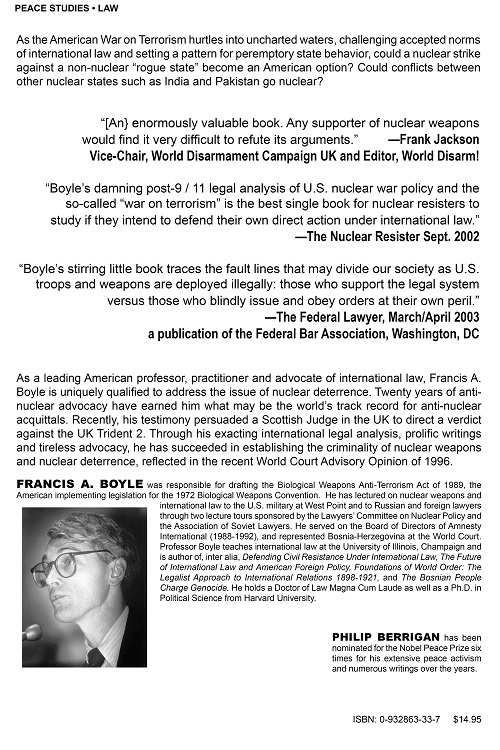 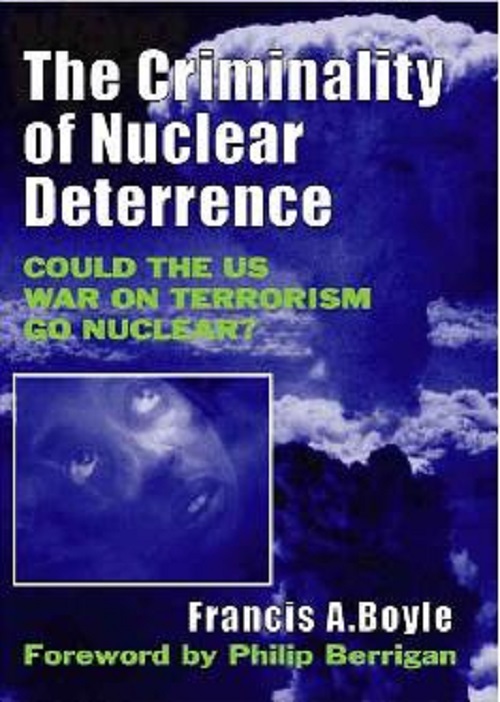 As the American War on Terrorism hurtles into uncharted waters, challenging accepted norms of international law and setting a pattern for peremptory state behavior, could a nuclear strike against a non-nuclear “rogue state” become an American option? Could conflicts between other nuclear states such as India and Pakistan go nuclear?

“Boyle’s damning post-9 / 11 legal analysis of U.S. nuclear war policy and the so-called “war on terrorism” is the best single book for nuclear resisters to study if they intend to defend their own direct action under international law.” —The Nuclear Resister Sept. 2002

“Boyle’s stirring little book traces the fault lines that may divide our society as U.S. troops and weapons are deployed illegally: those who support the legal system versus those who blindly issue and obey orders at their own peril.” —The Federal Lawyer, March/April 2003, a publication of the Federal Bar Association, Washington, DC