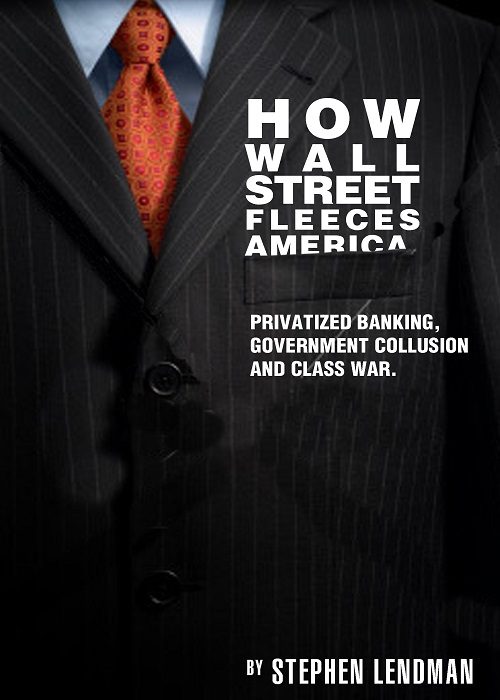 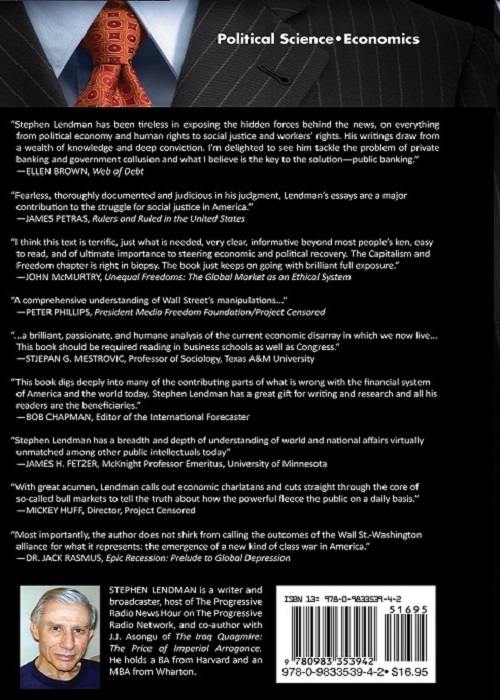 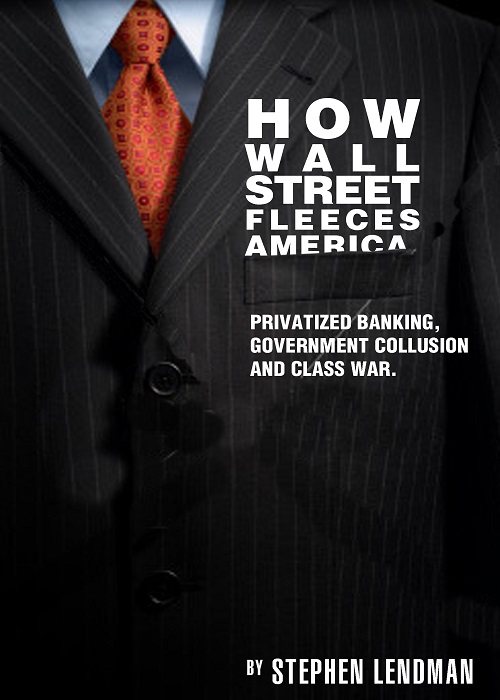 This book provides a powerful tool for showing angry Americans how they’ve been fleeced, and includes a plan for constructive change. 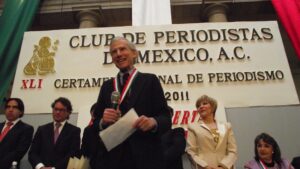 “Stephen Lendman has been tireless in exposing the hidden forces behind the news, on everything from political economy and human rights to social justice and workers’ rights. His writings draw from a wealth of knowledge and deep conviction. I’m delighted to see him tackle the problem of private banking and government collusion and what I believe is the key to the solution: public banking.” ELLEN BROWN,  Web of Debt

“I think this text is terrific, just what is needed, very clear, informative beyond most people’s ken, easy to read, and of ultimate importance to steering economic and political recovery. The Capitalism and Freedom chapter is right in biopsy. The book just keeps on going with brilliant full exposure.” JOHN McMURTRY, Unequal Freedoms: The Global Market as an Ethical System

The 1913 Federal Reserve Act let powerful bankers usurp money creation authority in violation of the Constitution’s Article I, Section 8, giving only Congress the power to “coin Money (and) regulate the Value thereof”. Thereafter, powerful bankers used their control over money, credit and debt for private self-enrichment, bankrolling and colluding with Congress and administrations to implement laws favoring them.

As a result, decades of deregulation, outsourcing, economic financialization, and casino capitalism followed, producing asset bubbles, record budget and national debt levels, and depression-sized unemployment far higher than reported numbers, albeit manipulated to look better. After the financial crisis erupted in late 2007, even harder times have left Main Street in the early stages of a depression, with recovery pure illusion.

Today’s contagion has spread out of control, globally. Wall Street got trillions of dollars in a desperate attempt to socialize losses, privatize profits, and pump life back into the corpses by blowing public wealth into a moribund financial sector, failing corporate favorites, and America’s aristocracy. While Wall Street boasts it has recovered, industrial America keeps imploding. High-paying jobs are exported. Economic prospects are eroding. Austerity is being imposed, with no one sure how to revive stable, sustainable long-term growth.

This book provides a powerful tool for showing angry Americans how they’ve been fleeced, and includes a plan for constructive change.

Stephen Lendman is a writer and broadcaster. In early 2007 he began regular radio hosting, now The Progressive Radio News Hour on The Progressive Radio Network.
His work is exceedingly widely distributed online, with his articles carried on numerous listservs and websites such as Information Clearing House, Countercurrents, Rense,AltNews, Uruknet, Global Research, Counterpunch, and more.
Lendman was awarded the Mexican Press Club's International Investigatory Journalism Award in 2011. The awards ceremony was televised throughout Latin America.
A Chinese edition of his book, How Wall Street Fleeces America has just been released.
He holds a BA from Harvard and an MBA from Wharton.

GLOBAL CAPITALISM and the CRISIS OF DEMOCRACY