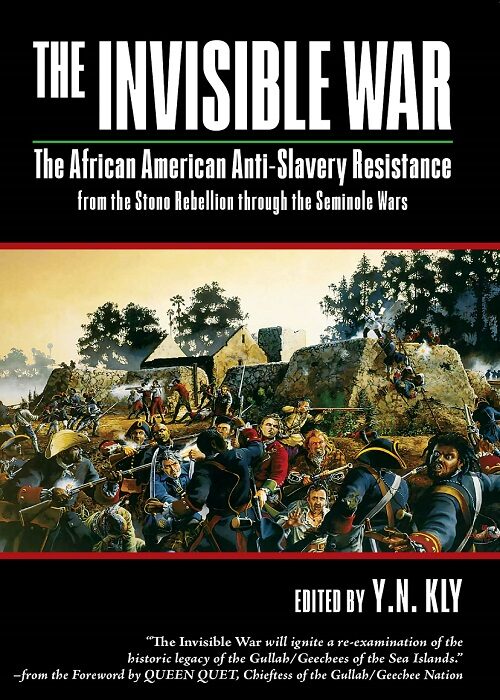 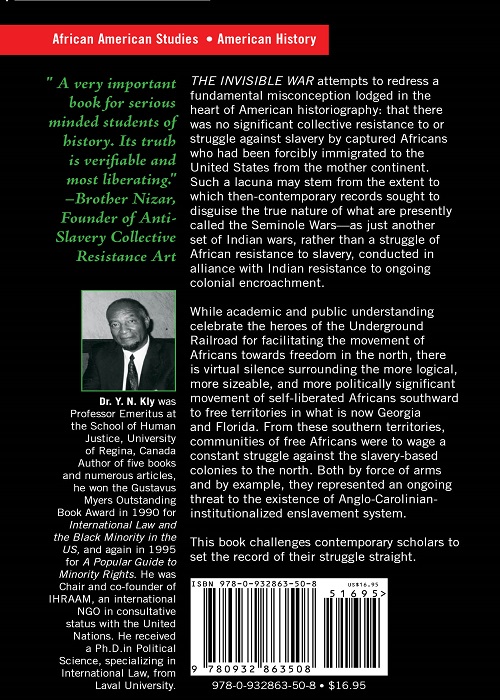 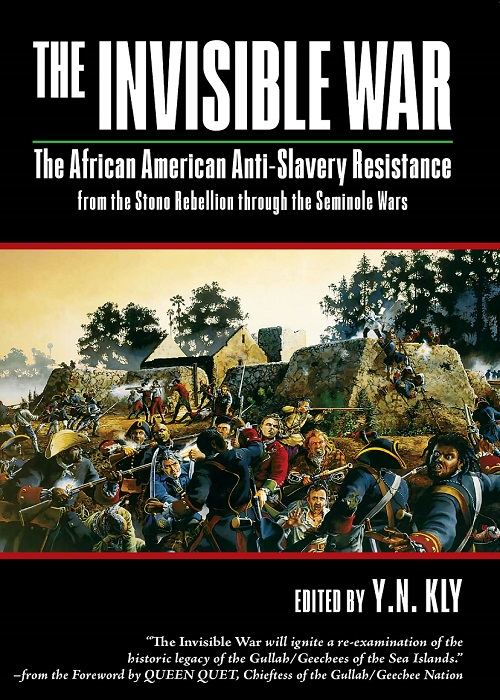 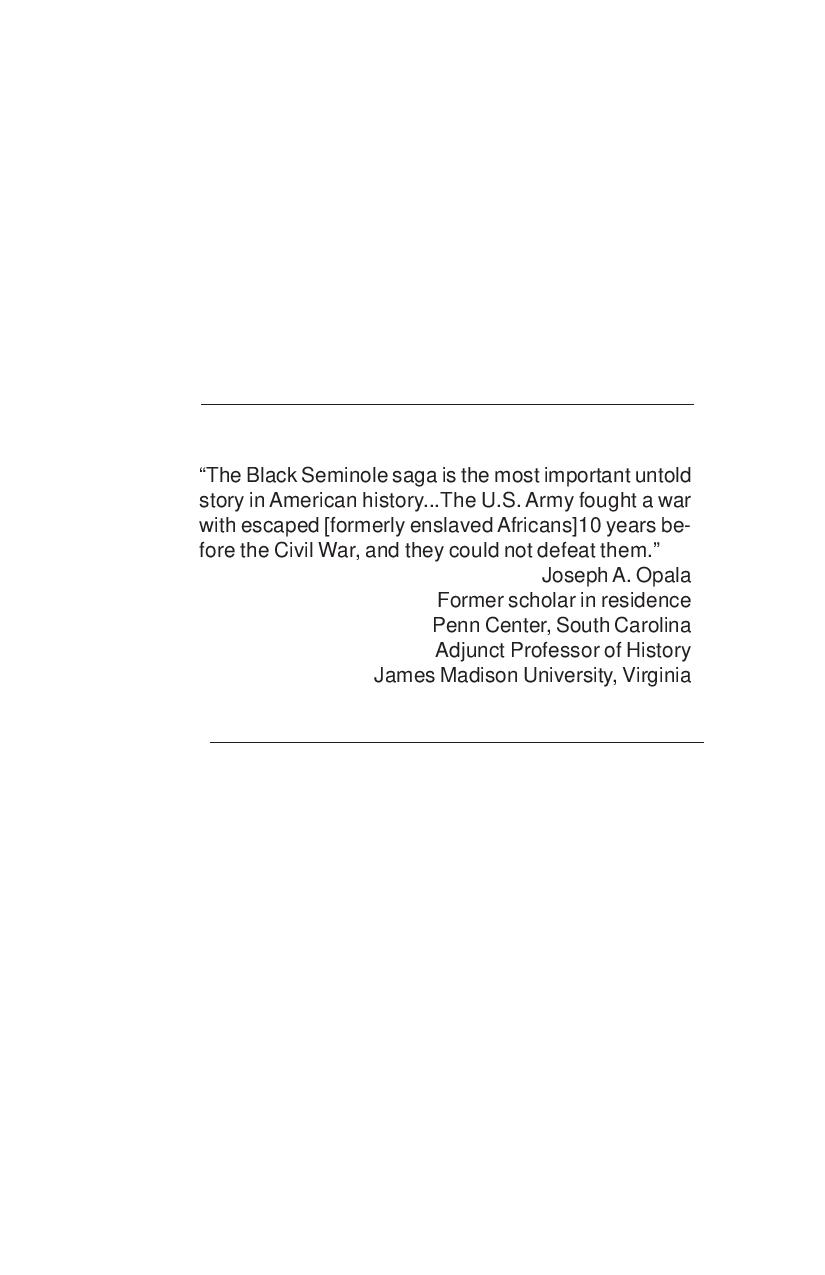 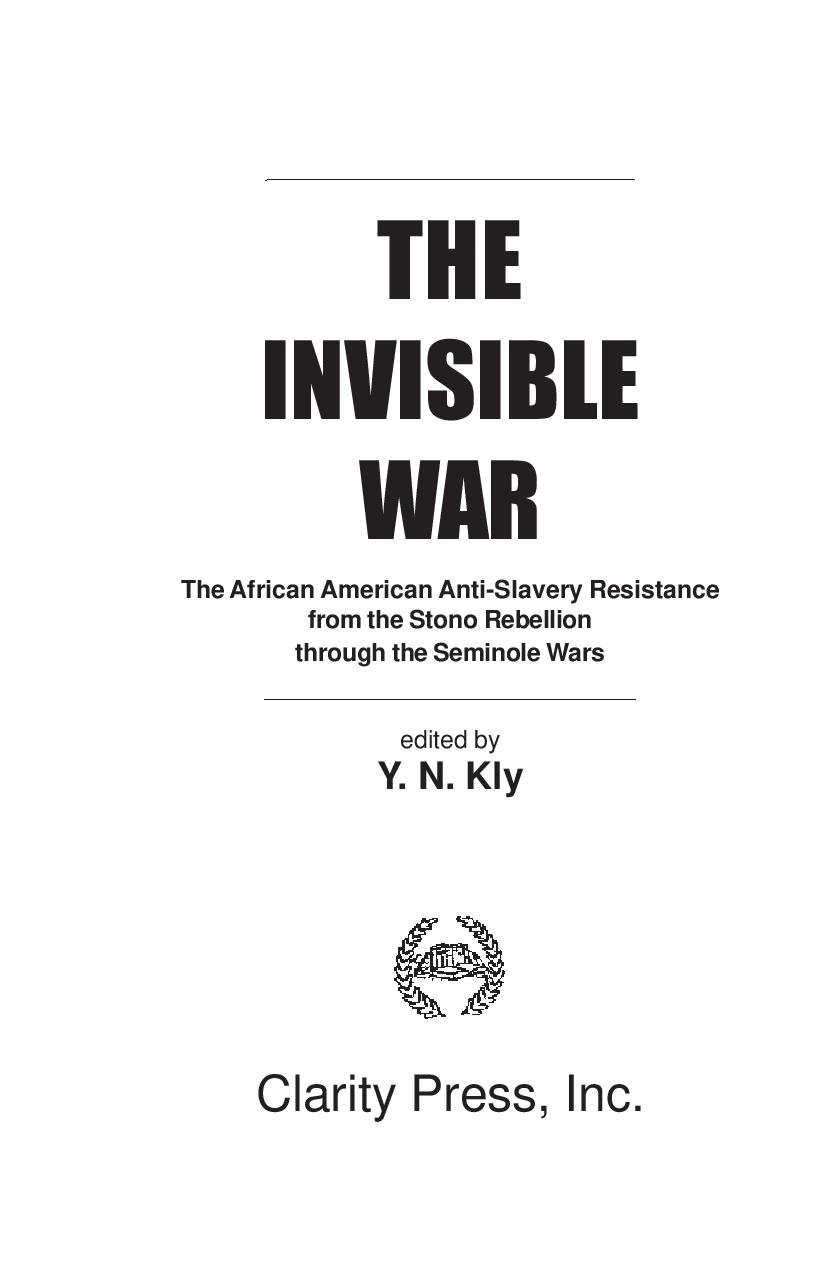 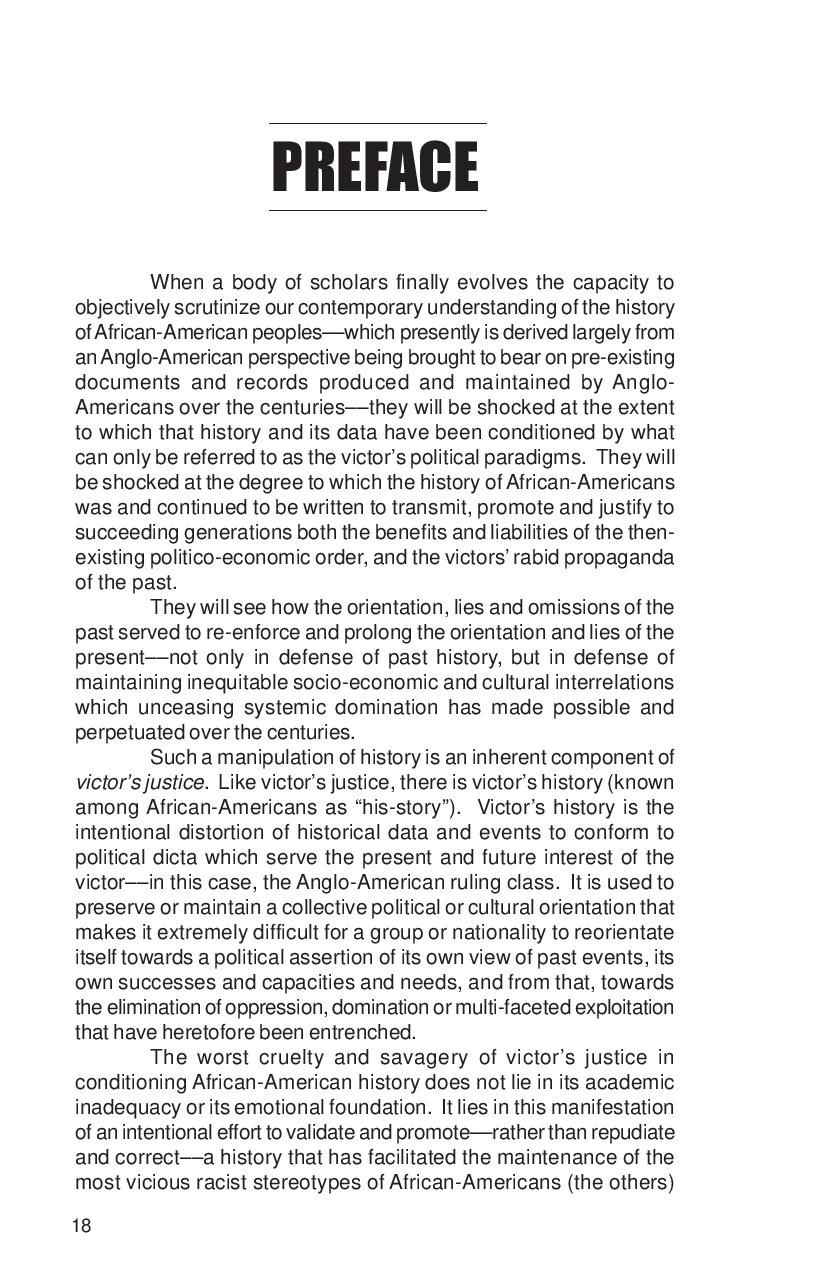 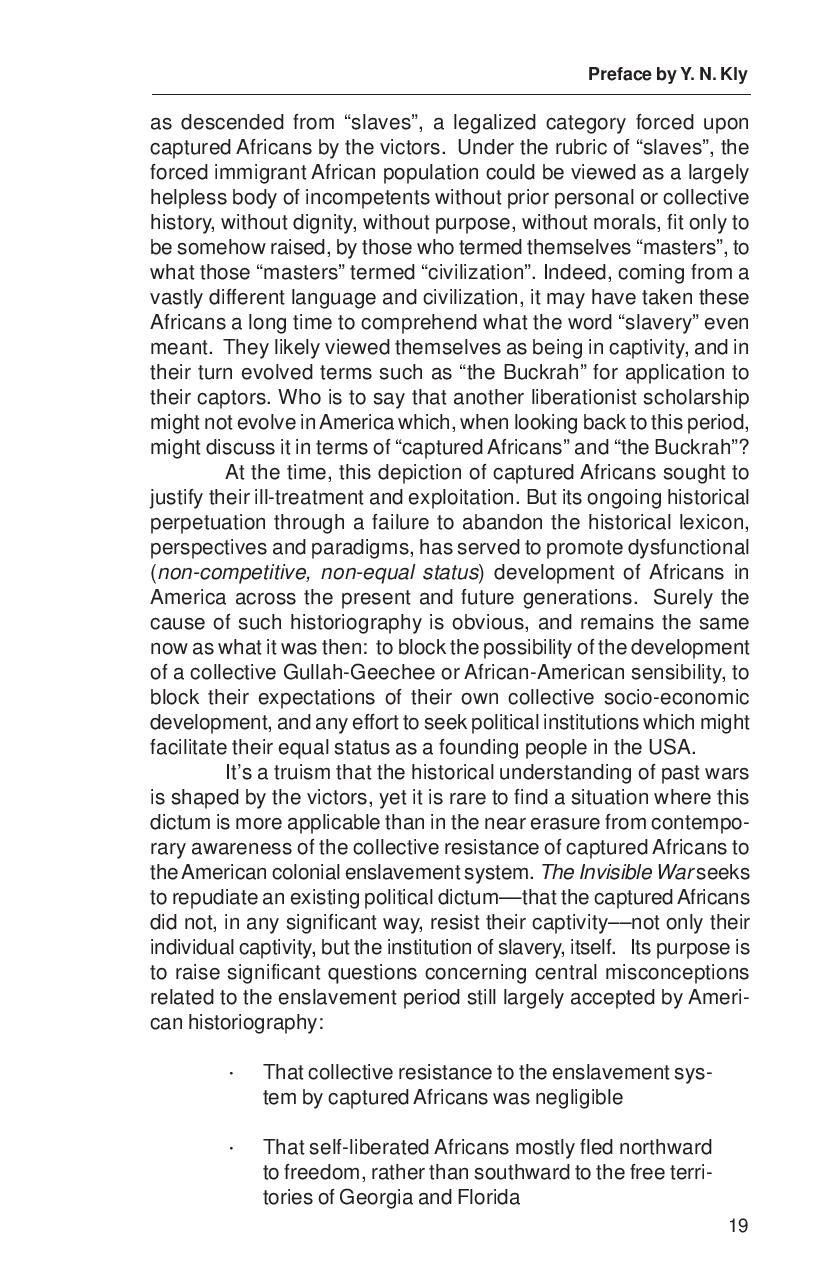 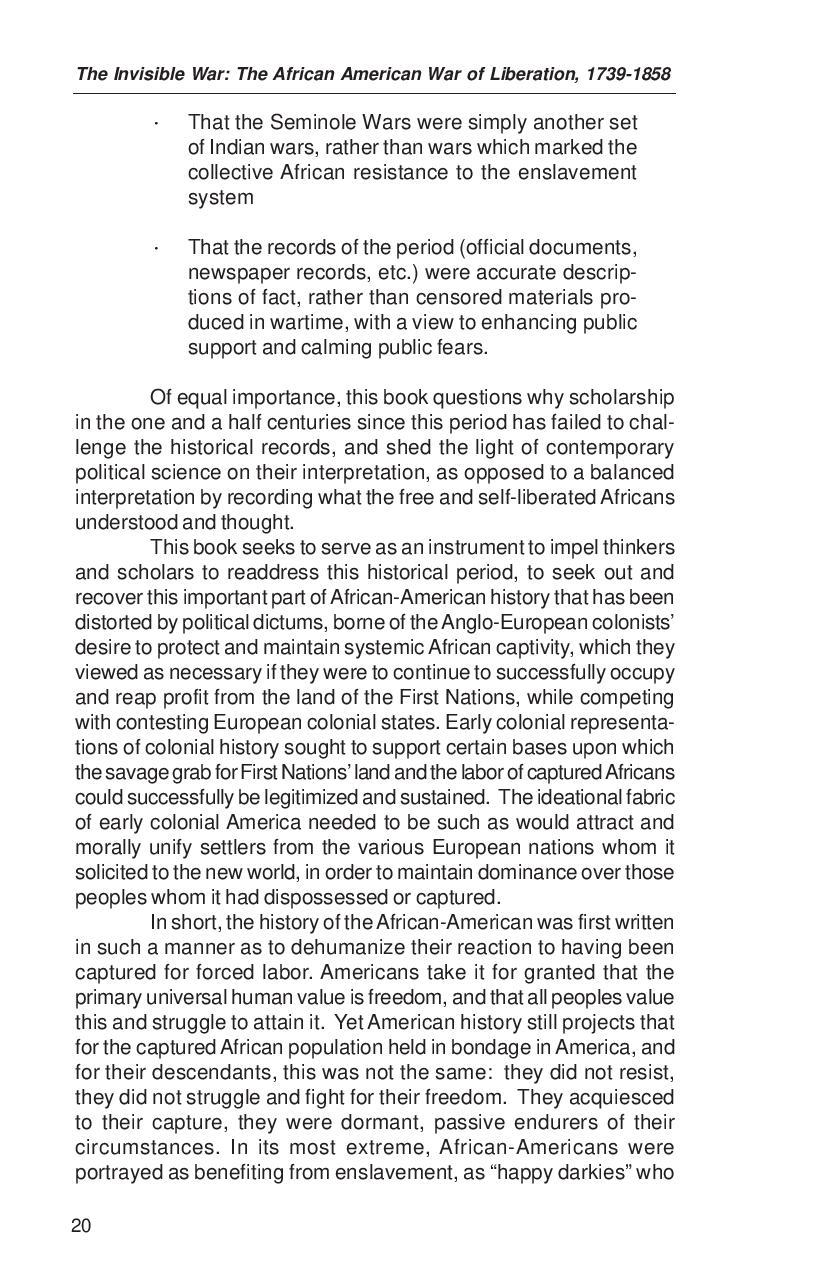 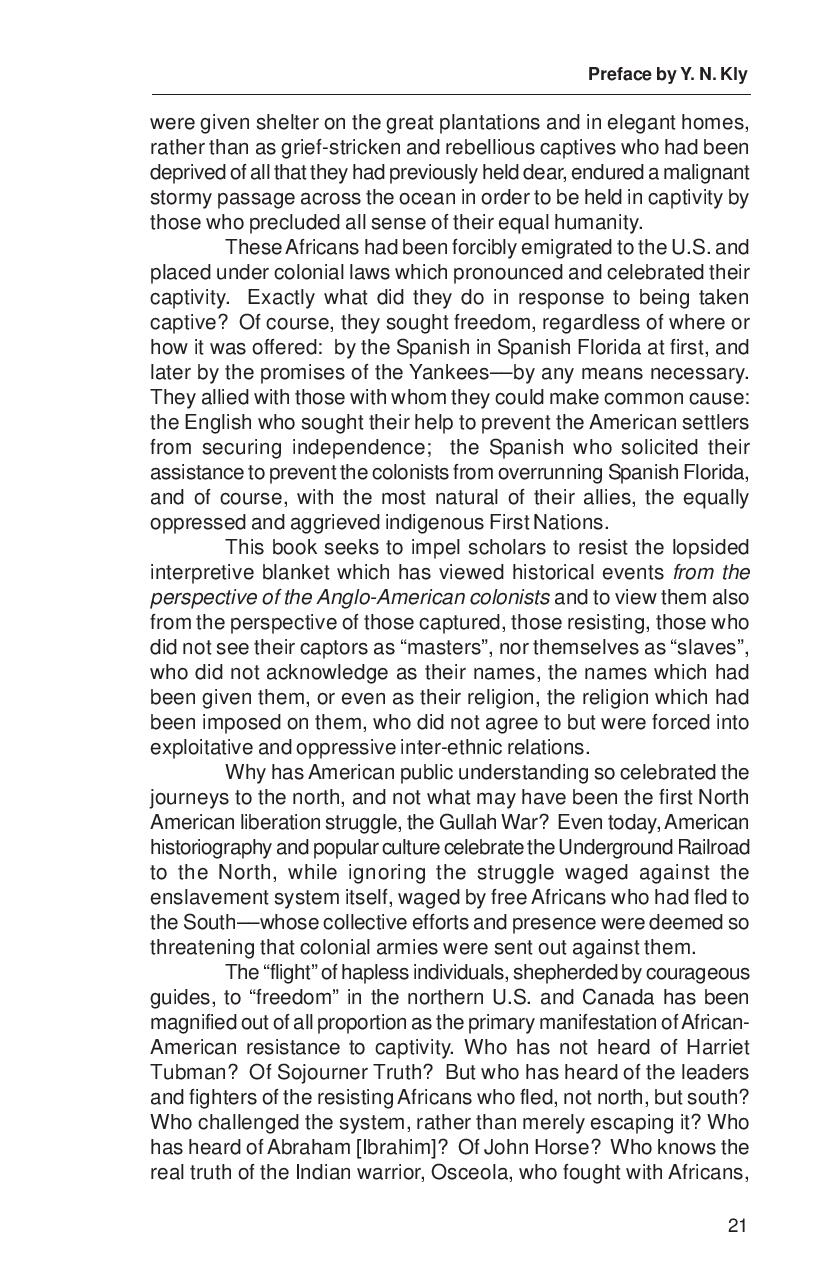 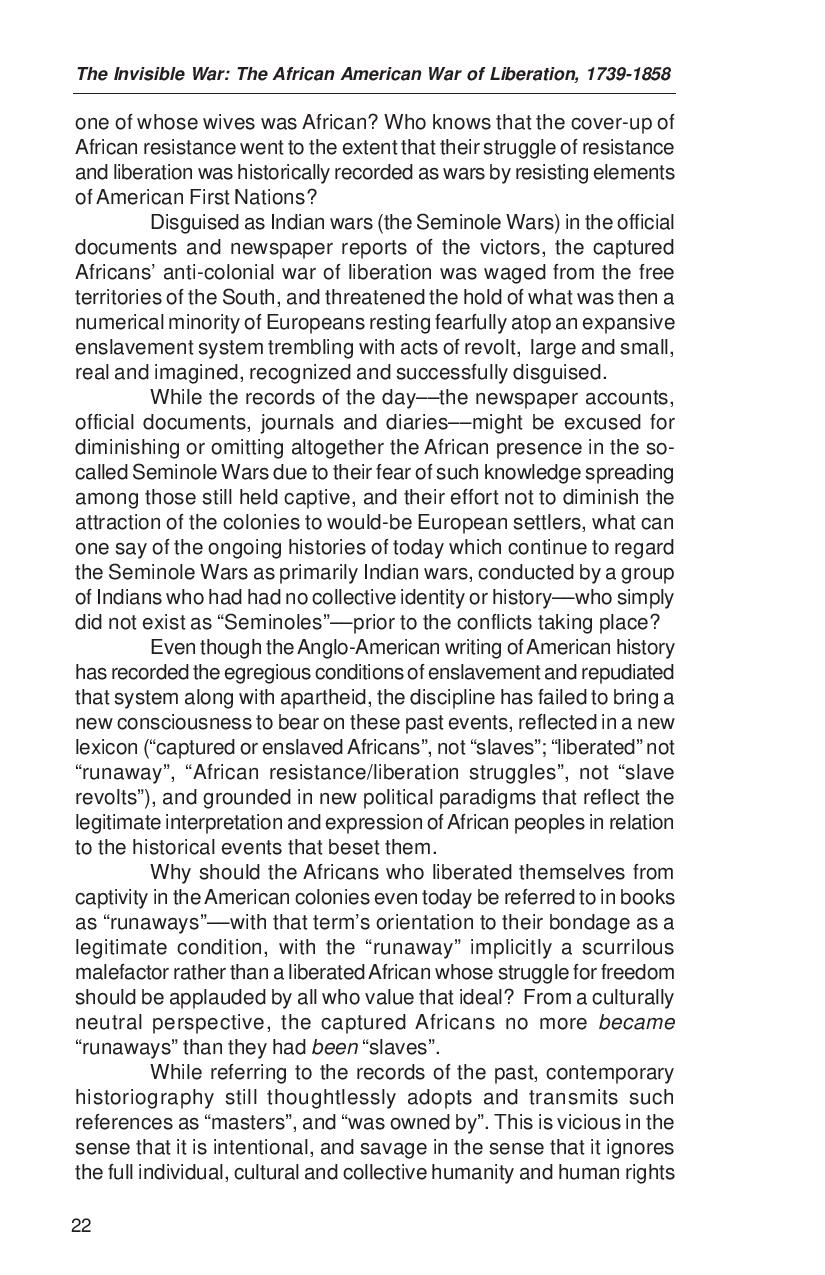 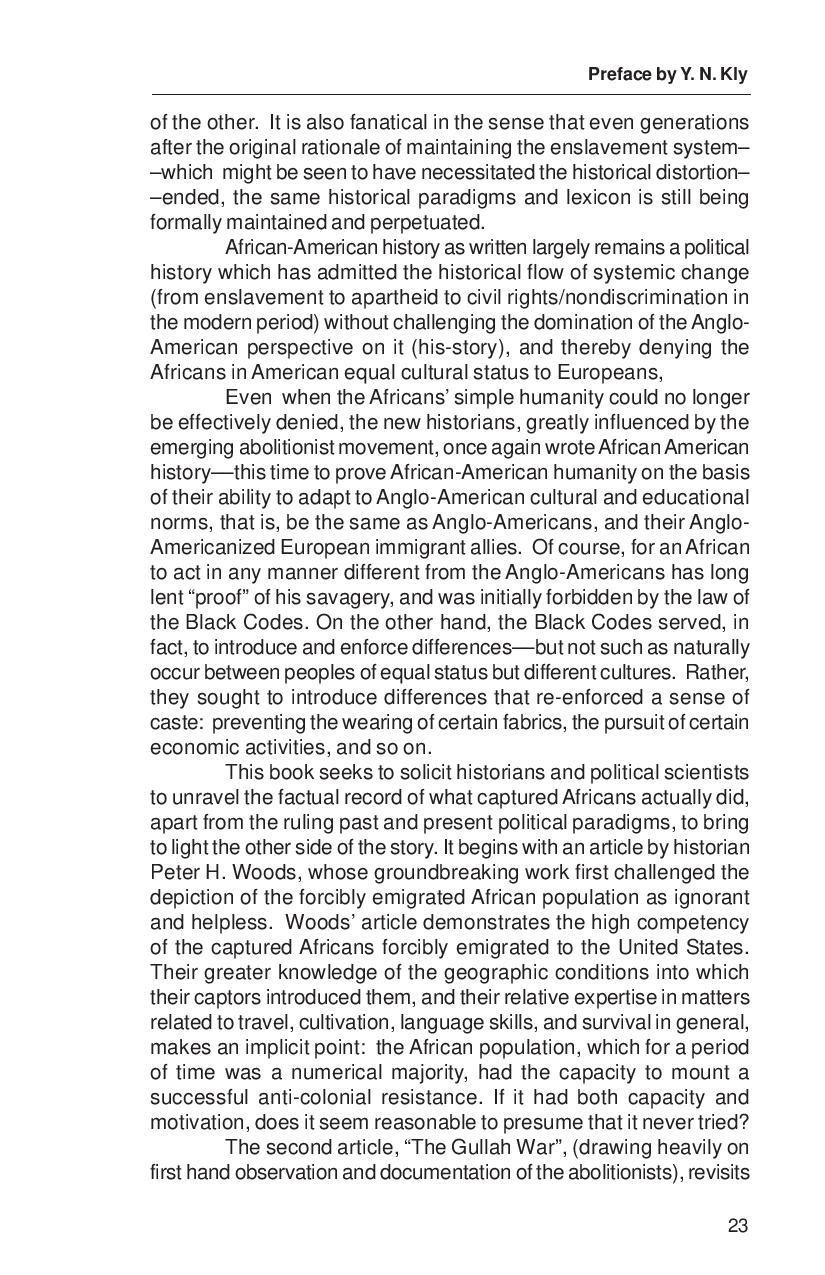 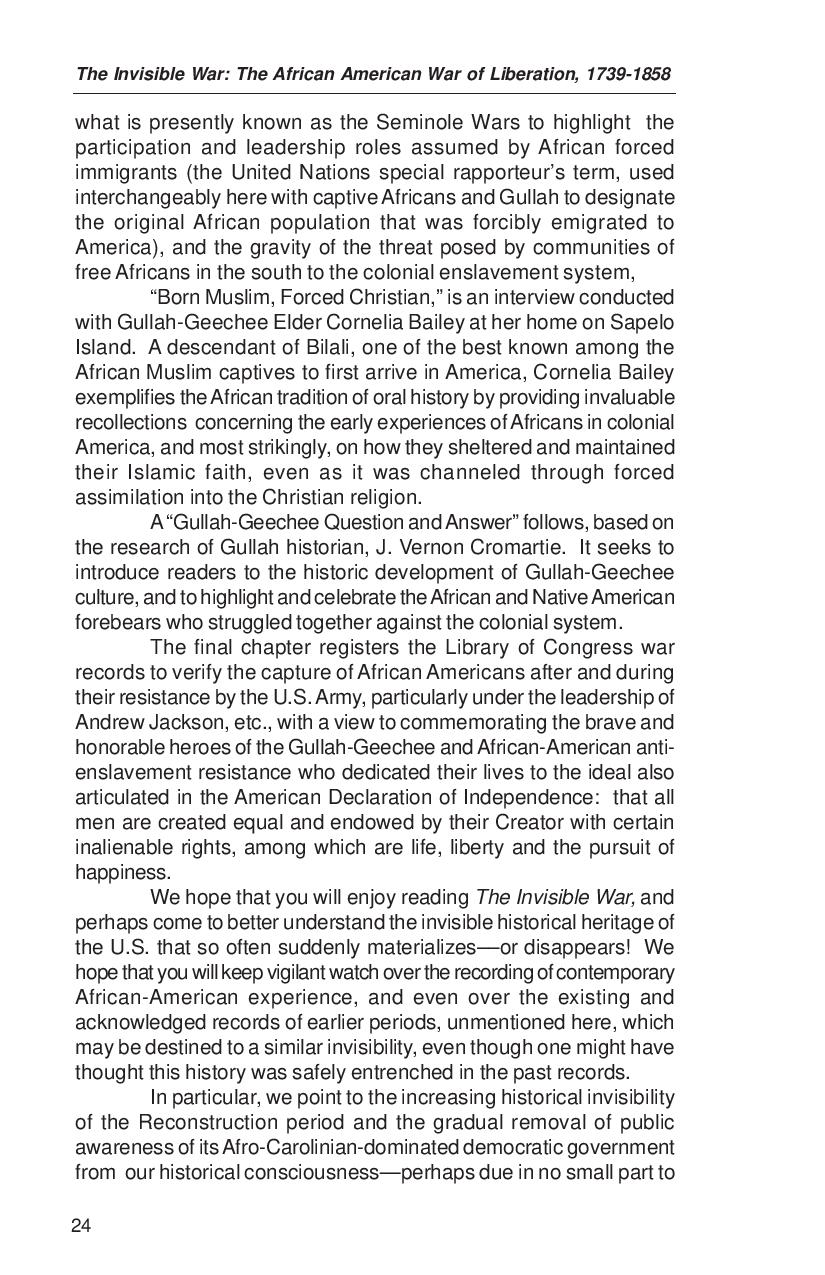 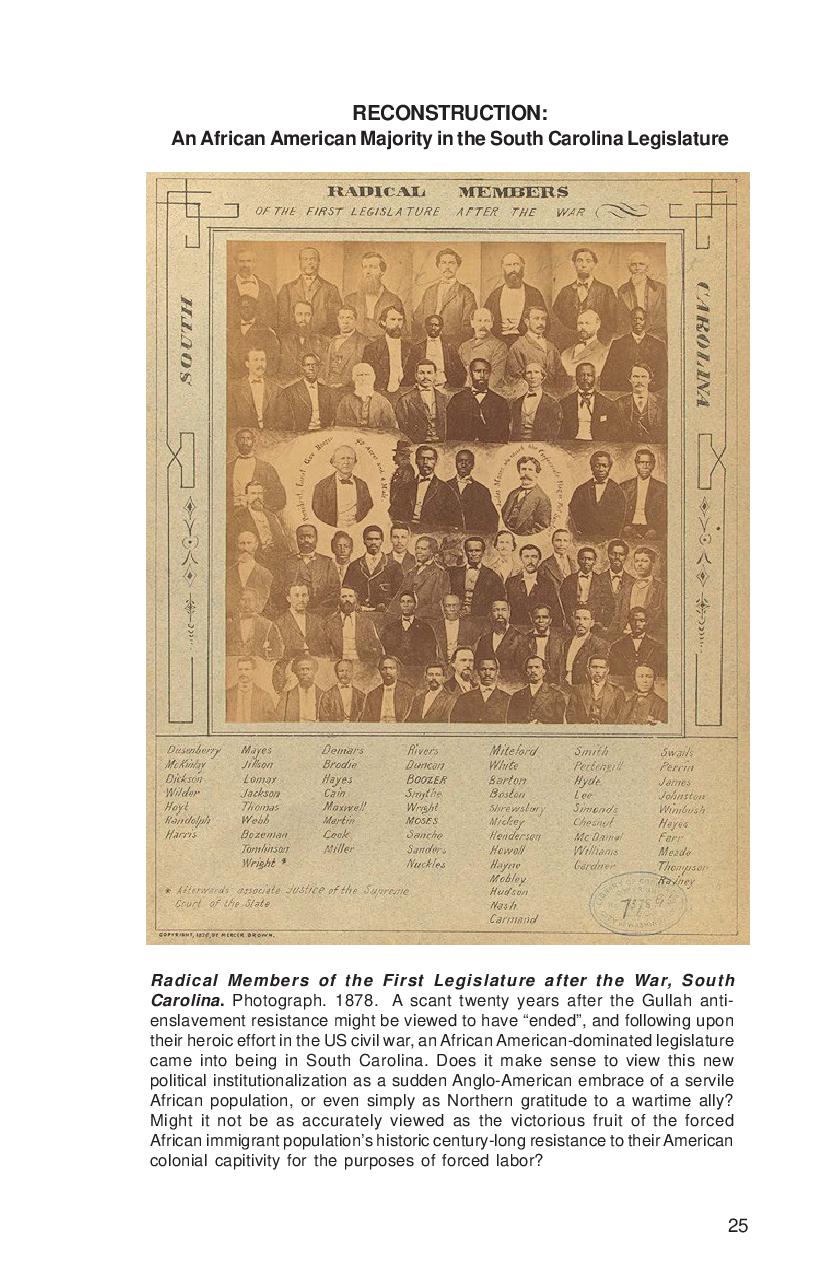 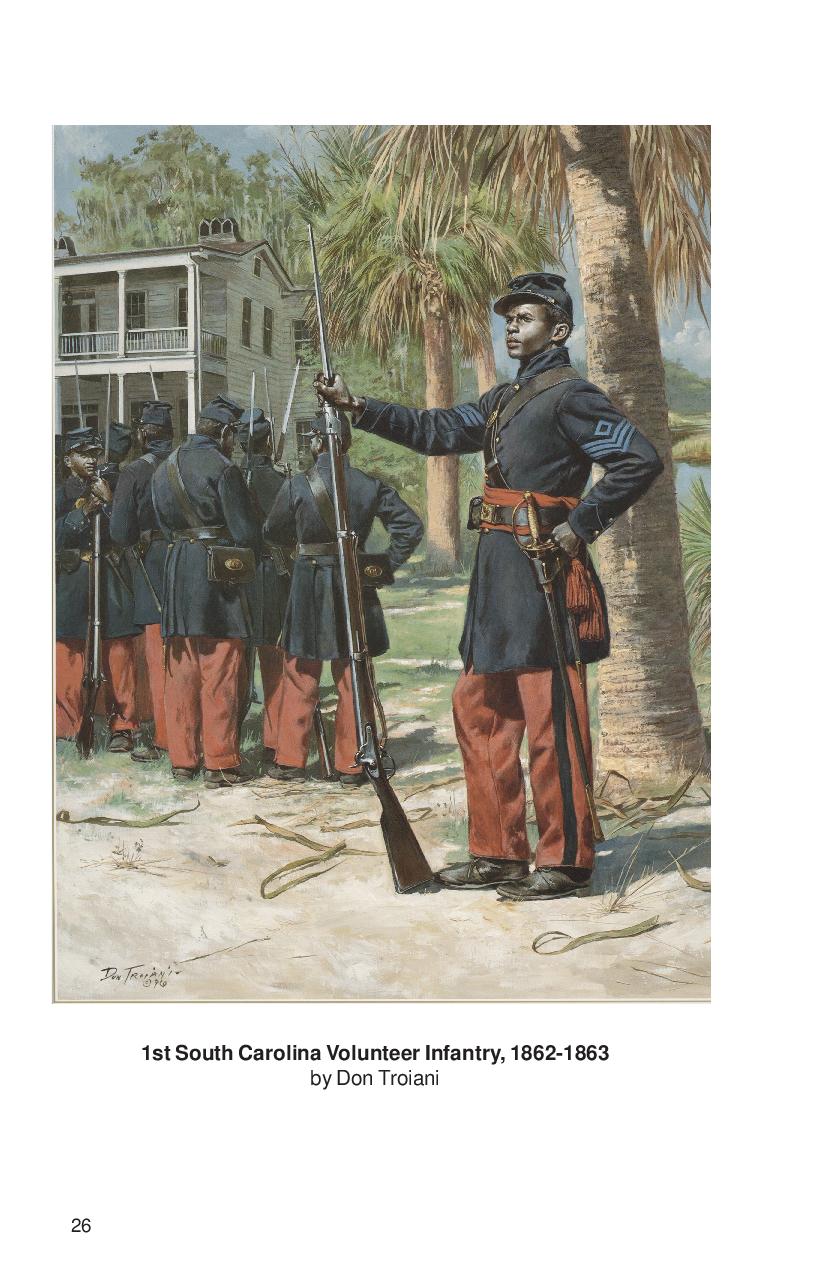 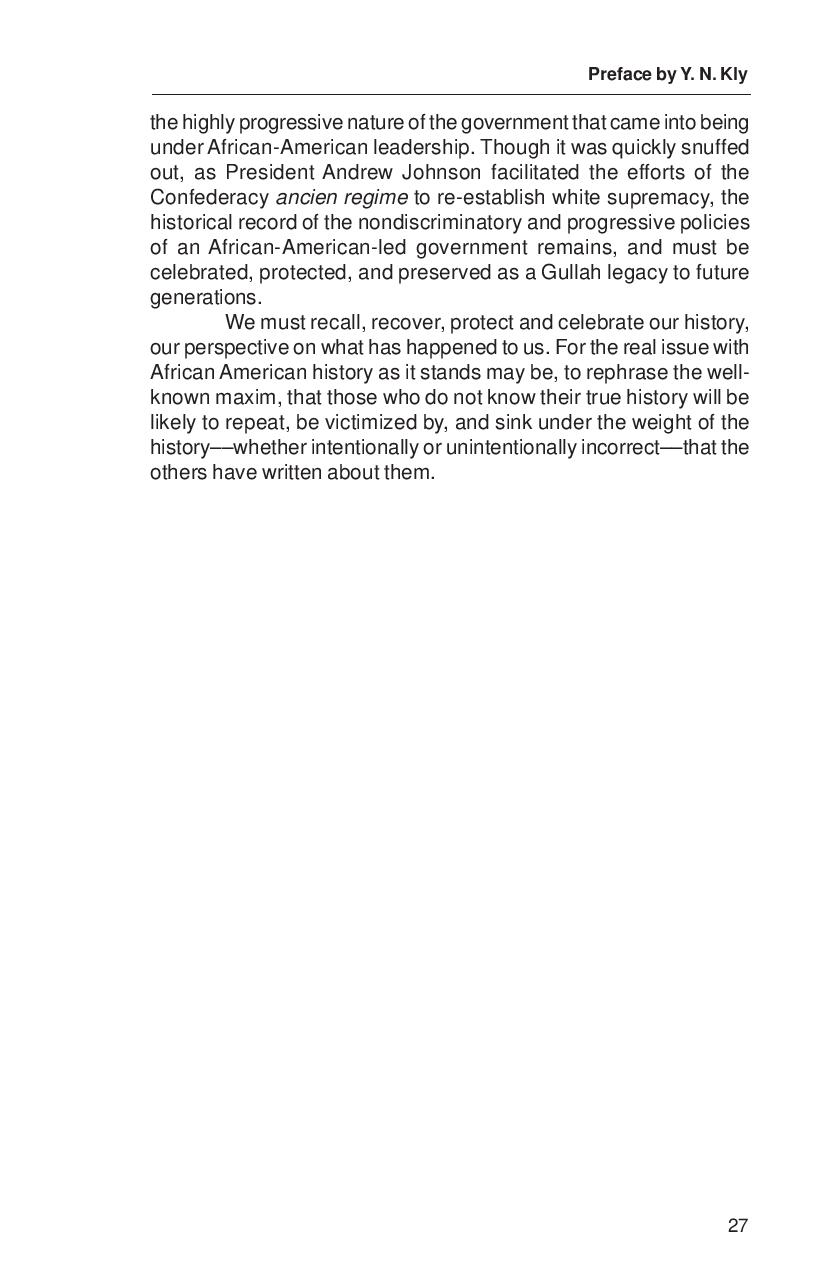 This book challenges contemporary scholars to free the history of African Americans from the lexicon of enslavement, and to set the record of their struggle straight.  It attempts to redress fundamental misconceptions lodged in the heart of American historiography:

· That the Seminole Wars were simply another set of Indian wars, rather than wars which marked the collective African resistance to the enslavement system

· That the records of the period (official documents, newspaper records, etc.) were accurate descriptions of fact, rather than censored materials produced in wartime, with a view to enhancing public support and calming public fears

· That self-liberated Africans mostly fled northward to freedom, rather than southward to the free territories of Georgia and Florida.

Author of six books and numerous articles, Dr. Y. N. Kly twice won the prestigious Gustavus Myers Outstanding Book Award in 1990 for International Law and the Black Minority in the US, and in 1995 for A Popular Guide to Minority Rights.

“The Invisible War, edited by Dr. Y.N. Kly, is a historic account of the past much like The Unconquered, by Tolagbe M. Ogunleye. Covering The African American Anti-Slavery Resistance from the Stono Rebellion through the Seminole Wars, Dr. Kly puts together an informative read that can help clear up any misconceptions in U.S. history… The Invisible War should be required reading in the home as it goes over history not included in the education system.” JACKSON ADAMS, Global Times

The Invisible War attempts to redress a fundamental misconception lodged in the heart of American historiography: the notion that there was no significant collective resistance to or struggle against slavery by captured Africans who had been forcibly immigrated to the United States from the mother continent.  Such a lacuna may stem from the extent to which then-contemporary records sought to disguise the true nature of what are presently called the Seminole Wars––as just another set of Indian wars, rather than a struggle of African resistance to slavery, conducted in alliance with Indian resistance to ongoing colonial encroachment.

While academic and public understanding celebrate the heroes of the Underground Railroad for facilitating the movement of Africans towards freedom in the north, there is virtual silence surrounding the more logical, more sizeable, and more politically significant movement of self-liberated Africans southward to free territories in what is now Georgia and Florida.  From these southern territories, communities of free Africans were to wage a constant struggle against the slavery-based colonies to the north.  Both by force of arms and by example, they represented an ongoing threat to the existence of Anglo-Carolinian-institutionalized slavery. In witness whereof,  a scant 40 years after the termination of the Third Seminole War,  African fighters would ally with the northern armies during the Civil War in order to finally bring the enslavement system to an end. 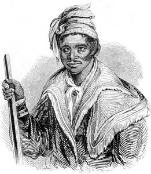 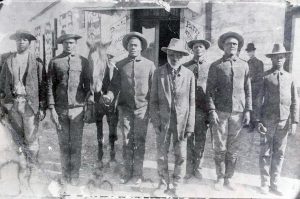 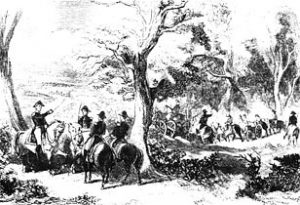 While any government at war might censor and reinterpret conflicts  in order to quell public fears and solicit support, why has subsequent American scholarship failed to challenge the records, emphases and  interpretations of the so-called Seminole Wars?  Why hasn’t it replaced the old “master-slave” lexicon governing ethnic relations––which reflected Anglo-Carolinian efforts during the enslavement period  to codify and legalize the institutions of slavery––with more objective contemporary terminology?

This book challenges contemporary scholars to free the history of African Americans from the lexicon of enslavement, and to set the record of their struggle straight

1 review for THE INVISIBLE WAR: The African American Anti-Slavery Resistance from the Stono Rebellion through the Seminole Wars