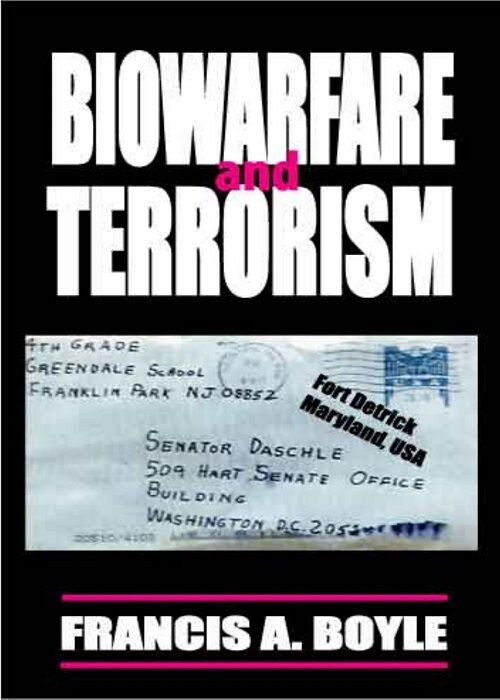 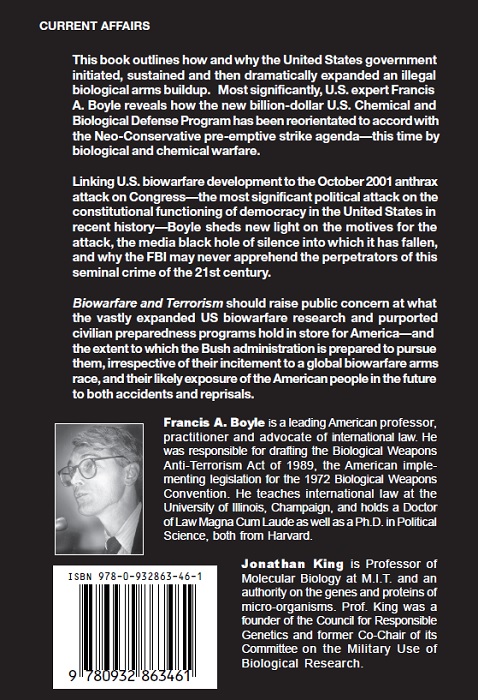 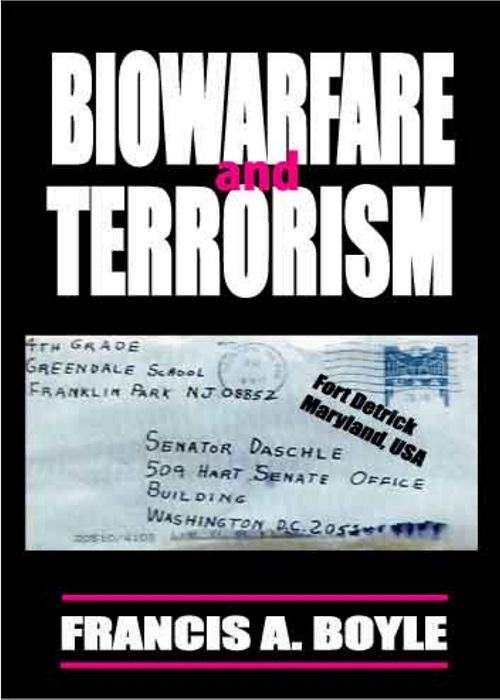 This book outlines how and why the United States government initiated, sustained and then dramatically expanded an illegal biological arms buildup. Most significantly, U.S. expert Francis A. Boyle reveals how the new billiondollar U.S. Chemical and Biological Defense Program has been reorientated to accord with the NeoConservative preemptive strike agenda—this time by biological and chemical warfare.

Linking U.S. biowarfare development to the October 2001 anthrax attack on Congress—the most significant political attack on the constitutional functioning of democracy in the United States in recent history—Boyle sheds new light on the motives for the attack, the media black hole of silence into which it has fallen,
and why the FBI may never apprehend the perpetrators of this seminal crime of the 21st century.

Biowarfare and Terrorism should raise public concern at what the vastly expanded US biowarfare research and purported civilian preparedness programs hold in store for America––and the extent to which the Bush administration is prepared to pursue them, irrespective of their incitement to a global biowarfare arms race, and their likely exposure of the American people in the future to both accidents and reprisals.

Foreword by Jonathan King, Professor of Molecular Biology at M.I.T. and an authority on the genes and proteins of micro-organisms.