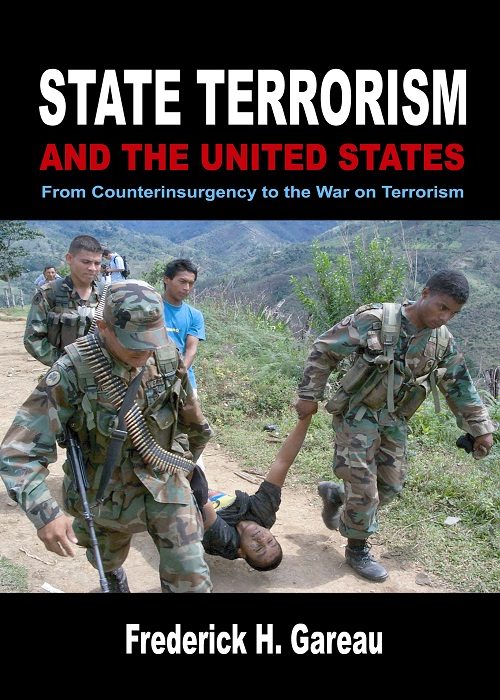 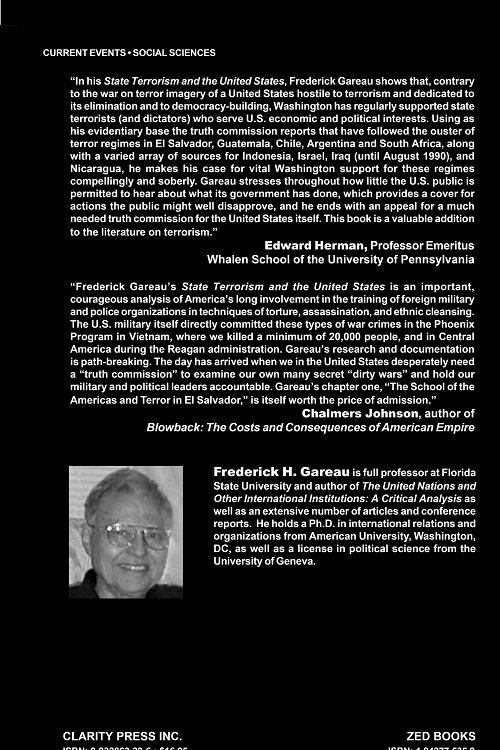 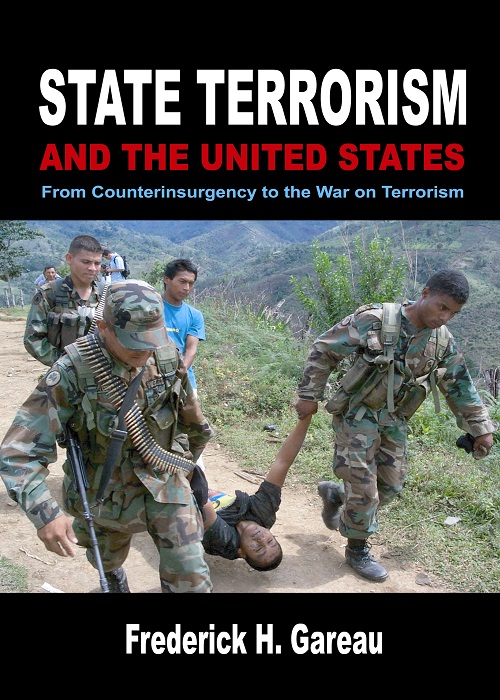 This study exposes the support that administrations in Washington have given right-wing dictatorships that committed terrorism especially during the cold war and war on terrorism. It offers a critique of this latter war, and the study’s portrayal of the earlier war serves as necessary background for understanding and evaluating the latter war.

“I have very much appreciated Prof. Gareau’s fine book on state terror.”—NOAM CHOMSKY

“Frederick Gareau’s State Terrorism and the United States is an important, courageous analysis of America’s long involvement in the training of foreign military and police organizations in techniques of torture, assassination, and ethnic cleansing… Gareau’s research and documentation is path-breaking… ”

Add to Wishlist
Facebook Twitter Google+ LinkedIn
Categories: History, Imperialism Tags: Chile, counter-terrorism, counterinsurgency, genocide, Guatemala, guerrillas, social change, Truth Commission, war on terrorism
A discount of 40% (plus shipping) will automatically be applied to the purchase of 10 or more copies of any Clarity Press titles when acquired directly from

This study exposes the support that administrations in Washington have given right-wing dictatorships that committed terrorism especially during the cold war and war on terrorism. It offers a critique of this latter war, and the study’s portrayal of the earlier war serves as necessary background for understanding and evaluating the latter war. It rejects the narrow definition of terrorism insisted on by Washington that exempts terrorism committed by governments (state terrorism) from the definition, and for political reasons restricts the term solely to the private terrorism committed by private individuals or non-governmental organizations. Every one of the six truth commission reports used in the study—one each for El Salvador, Chile, Argentina, and South Africa and two with remarkably similar conclusions for Guatemala– found that the governments were responsible for the great preponderance of terrorism and other acts of repression that occurred in their respective countries, much more so than the guerrillas. In El Salvador, Guatemala, and Chile the governments were found to be guilty of over 90 percent of the acts of terrorism and other acts of repression. Sponsored by the United Nations, successor governments to those that committed state terrorism, or the Catholic Archdiocese of Guatemala City, each of these reports is based on thousands of interviews mostly with surviving victims or their families and friends. All of the truth commission reports charged that the state terrorists committed unimaginable, unspeakable acts of cruelty and terrorism, what the truth commission for Argentina characterized as an “encyclopedia of horror.” Advertised as a defense against communism and sometimes swayed by other motives– racism in South Africa and Guatemala and anti-Semitism in Argentina– the basic motive for the state terrorists was discovered to be the preservation of the status quo and the prevention of social change. They hunted down, tortured, terrorized, and murdered peasants, workers, students, teachers, priests, and nuns. The truth commission for Guatemala sponsored by the United Nations found the government of that country guilty of genocide. With some exceptions, a compliant national media engaged in self-censorship, even passing on the government inspired lies that held the guerrillas, not the government, responsible for the bulk of the atrocities. This and other evidence suggest that the so-called war on terrorism is a partial war that fails to target the main perpetrators, the state terrorists. The incomplete definition insisted on by Washington shields it from being accused of being a supporter of terrorism.

Washington’s support for state terrorist regimes typically has taken the form of training their troops in “counterinsurgency,” now “counter-terrorism,” and by providing funds and loans, military equipment, and diplomatic backing. The study indicates that Washington helped the Saddam Hussein regime and the apartheid regimes in South Africa successfully develop weapons of mass destruction. Saddam used poison against the Kurds and the Iranians.  The racists in Pretoria produced six nuclear weapons, which they destroyed, following a request from Washington, before handing over the government to Nelson Mandela. In order to assure the continuing Kuwaiti financing of Saddam’s war of aggression against Iran (1980-1988), the Reagan administration put the American flag on the ships of the sheikdom to protect them from Iran. This administration also became a co-belligerent in Saddam’s “oil war,” sinking half of the Iranian navy. It is arguable that without this aid Saddam would have been defeated and deposed by Iran in 1988.

The support for Saddam by the Reagan administration and by that of the elder Bush in its early years puts in perspective Washington’s later moral claims for initiating wars against the dictator. Support for Saddam in the Iran-Iraq war also serves the reader as an introduction to what is to come, as Washington’s policy shifted from supporting dictators/oppressors in the cold war to supporting them in the war against terrorism. The intended enemy in the first period was communism/social change, whereas in the later period it was often to contain the type of Islam exemplified by the Ayatollah Khomeini. The study indicates that the administration of the younger Bush has followed this new paradigm in Algeria, Pakistan, and Afghanistan. Its support in Uzbekistan is for a dictator who persecutes Islam, and in Russia it supports an authoritarian president who attacks Muslim Chechens, freedom fighting terrorists. Support for terrorist governments in Colombia has been rationalized by the cold war, the war against drugs, and now the latter plus the war on terrorism. The study adds to the indictment against Washington by references to statistical studies and to the opposition of the Bush administration to the International Criminal Court.

The study critiques the way the Bush administration has conducted the war on terrorism, arguing that it should be carried on without resort to war. Renamed “defense against terrorism,” it would concentrate on the home front and international cooperation. Pre-emption and counter proliferation would be rejected as forms of aggression, and Washington would join the International Criminal Court. The study questions the validity of the reasons given by the Bush administration for invading Iraq in 2003, and it finds that war to be immoral, illegal, and counterproductive. It has alienated large sections of the world population, most especially the Arabs and the Muslims. Aid to Israel, especially military aid, is a major reason for the terrorism directed at the United States, volatile fuel that feeds Arab and Islamic hatred. Israel remains the number one recipient of Washington’s economic and military largess, receives Washington’s diplomat support and intelligence, and is the beneficiary of a strange silence meant to shield public knowledge of the existence of the Israeli stockpile of nuclear weapons. The study recommends that Washington terminate all military aid to Israel as well as aid to Colombia, Uzbekistan, and other countries that are currently committing or sponsoring state terrorism. It recommends that a truth commission be established to investigate and to advertise Washington’s support for state terrorism so that the American public will know what has been done in its name.

Frederick H. Gareau (deceased) held a Ph.D. in international relations and organizations from American University, Washington, DC, as well as a license in political science from the University of Geneva. He was full professor at Florida State University and author of The United Nations and Other International Instiutions: A Critical Analysis as well as an extensive number of articles and conference reports.

3 reviews for STATE TERRORISM AND THE UNITED STATES: From Counterinsurgency to the War on Terrorism