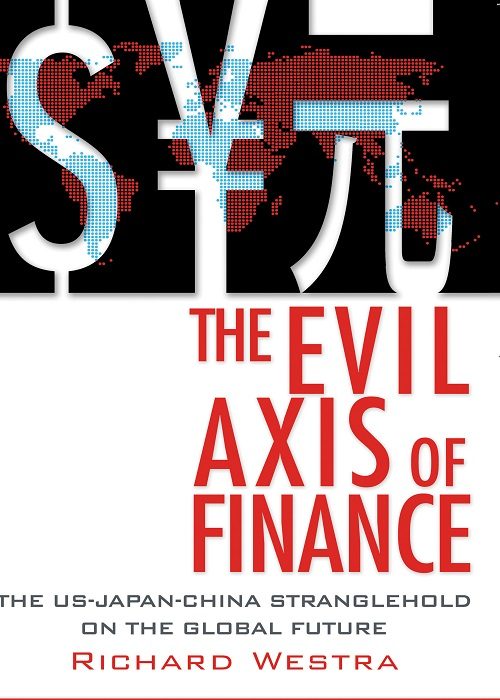 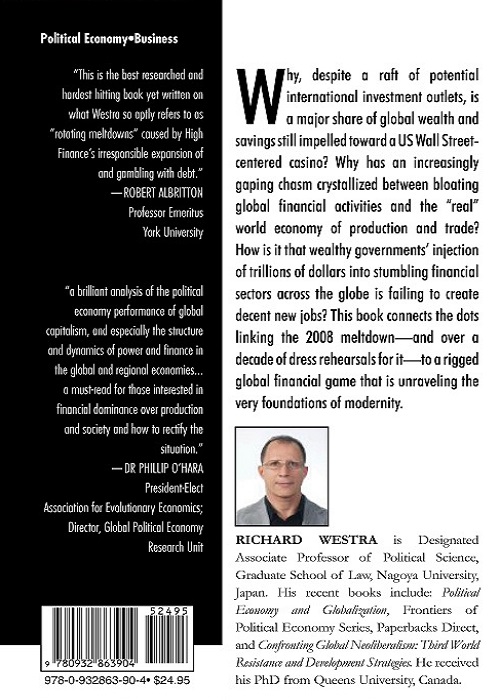 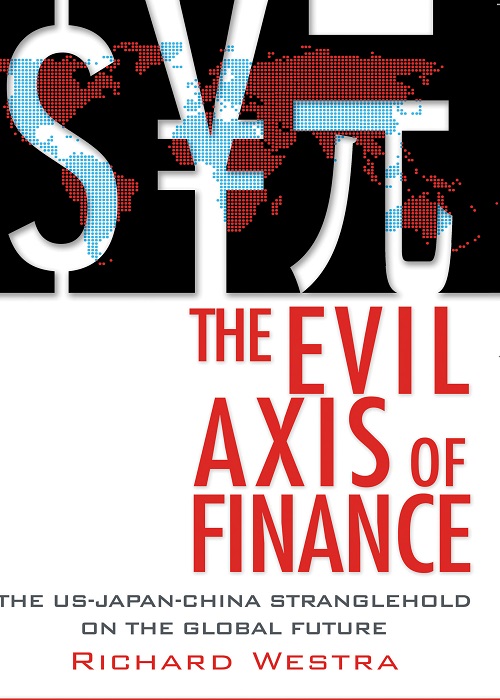 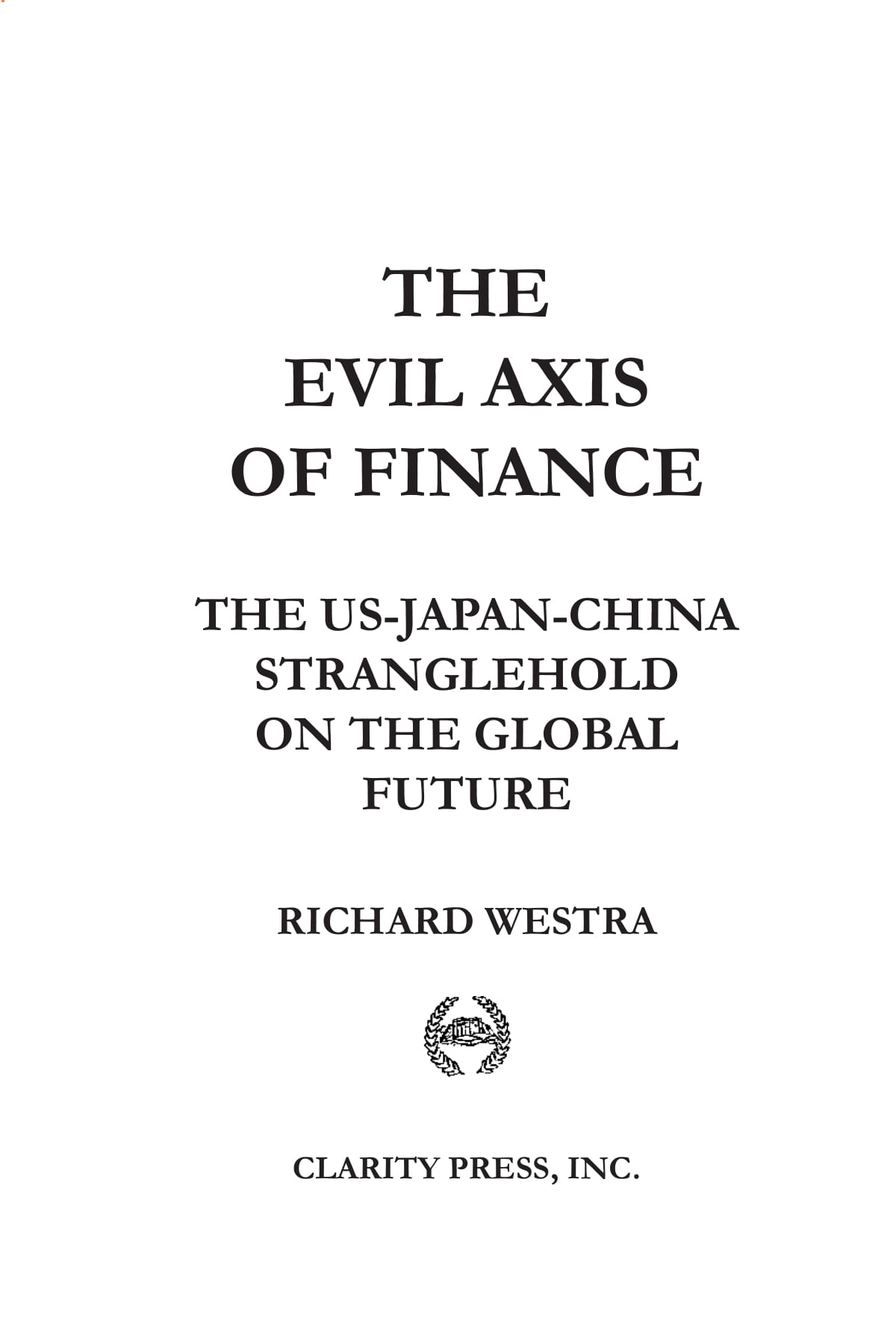 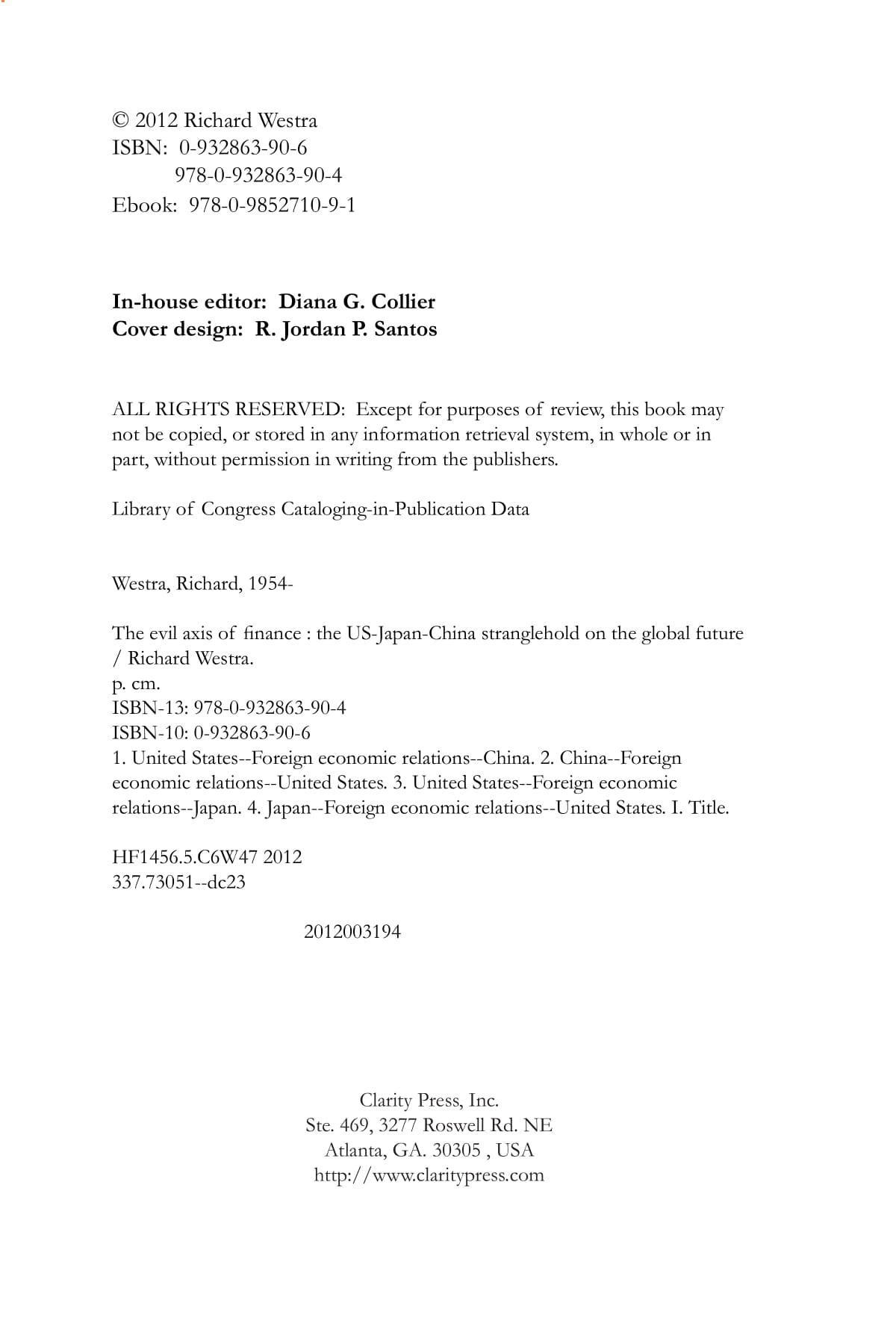 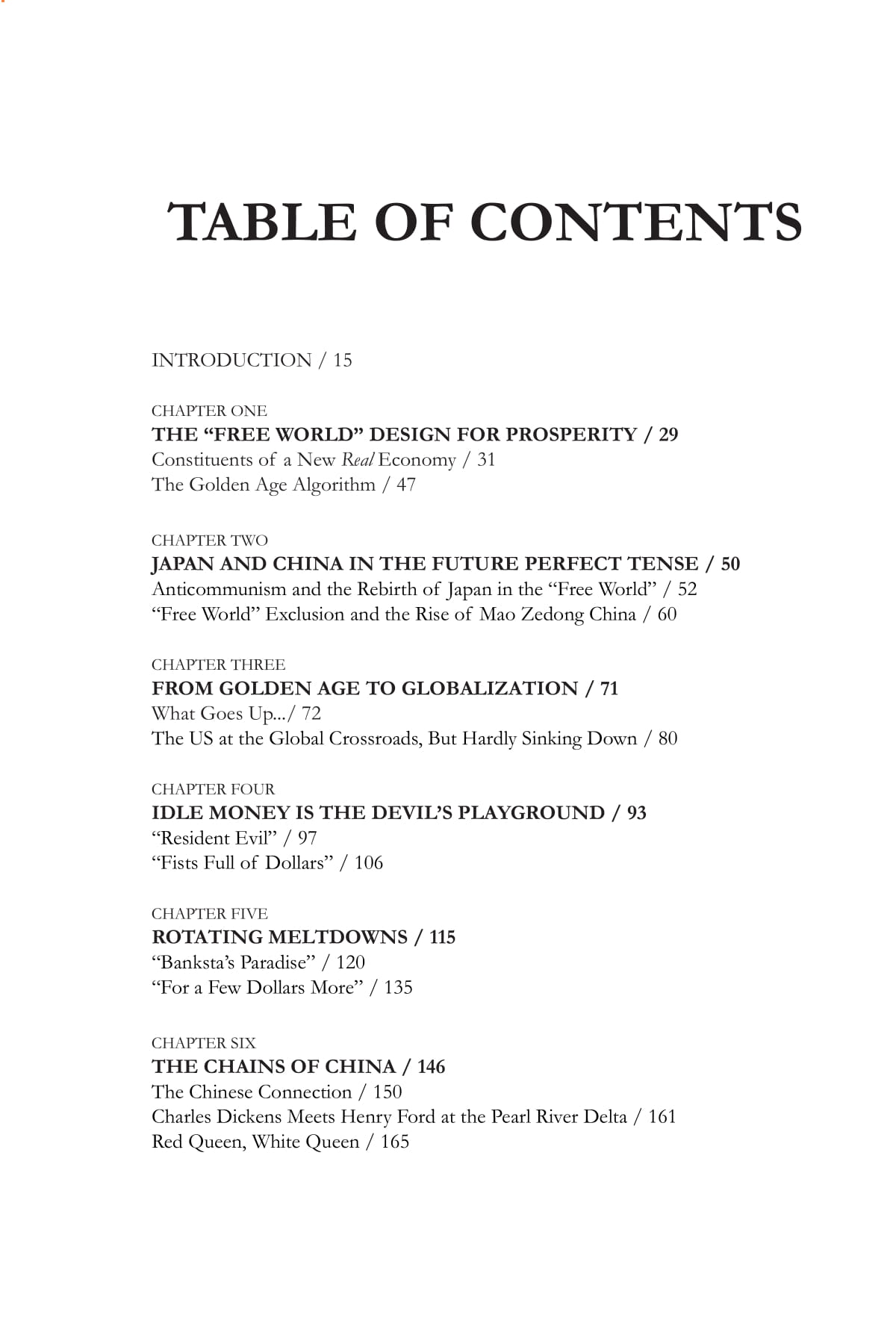 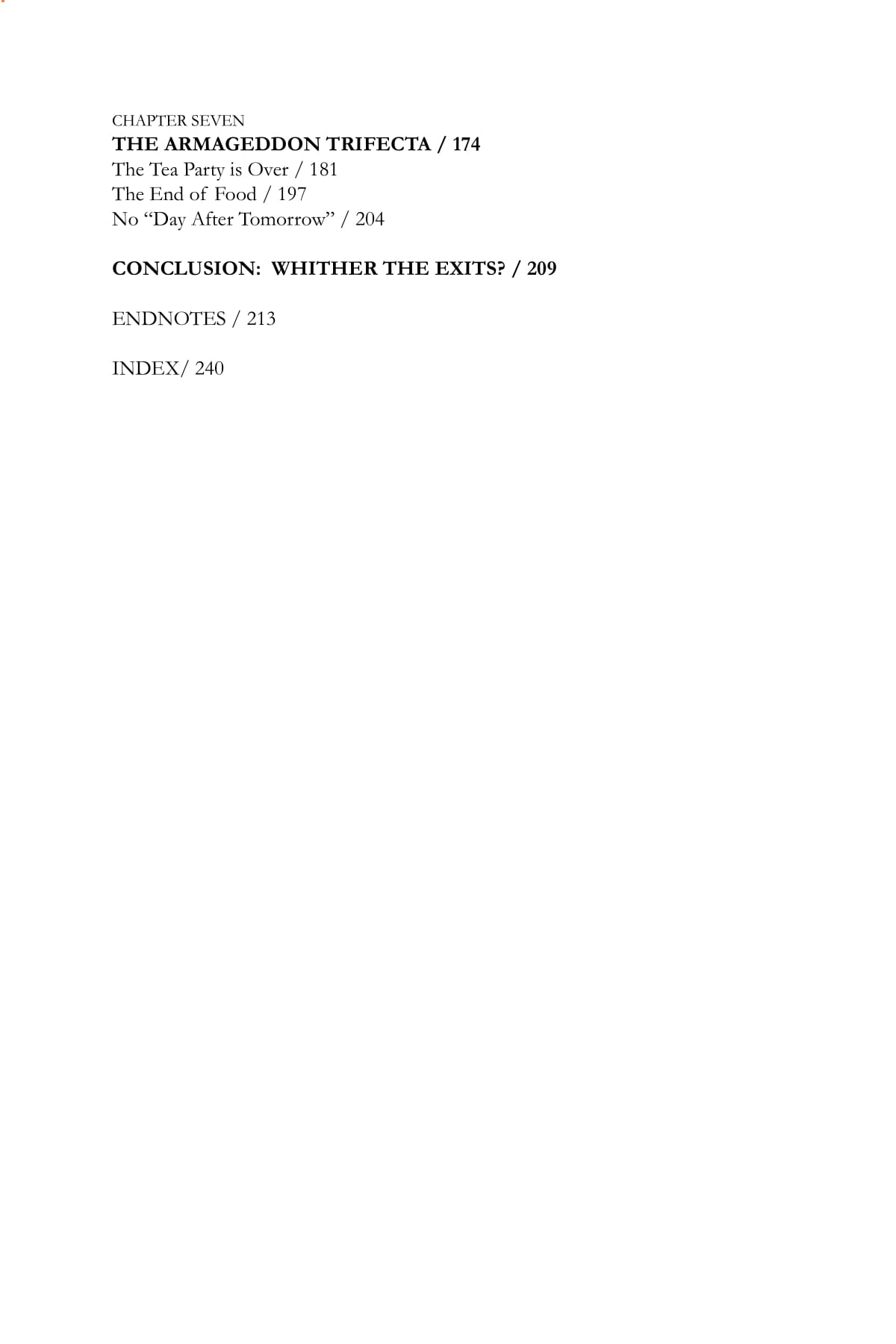 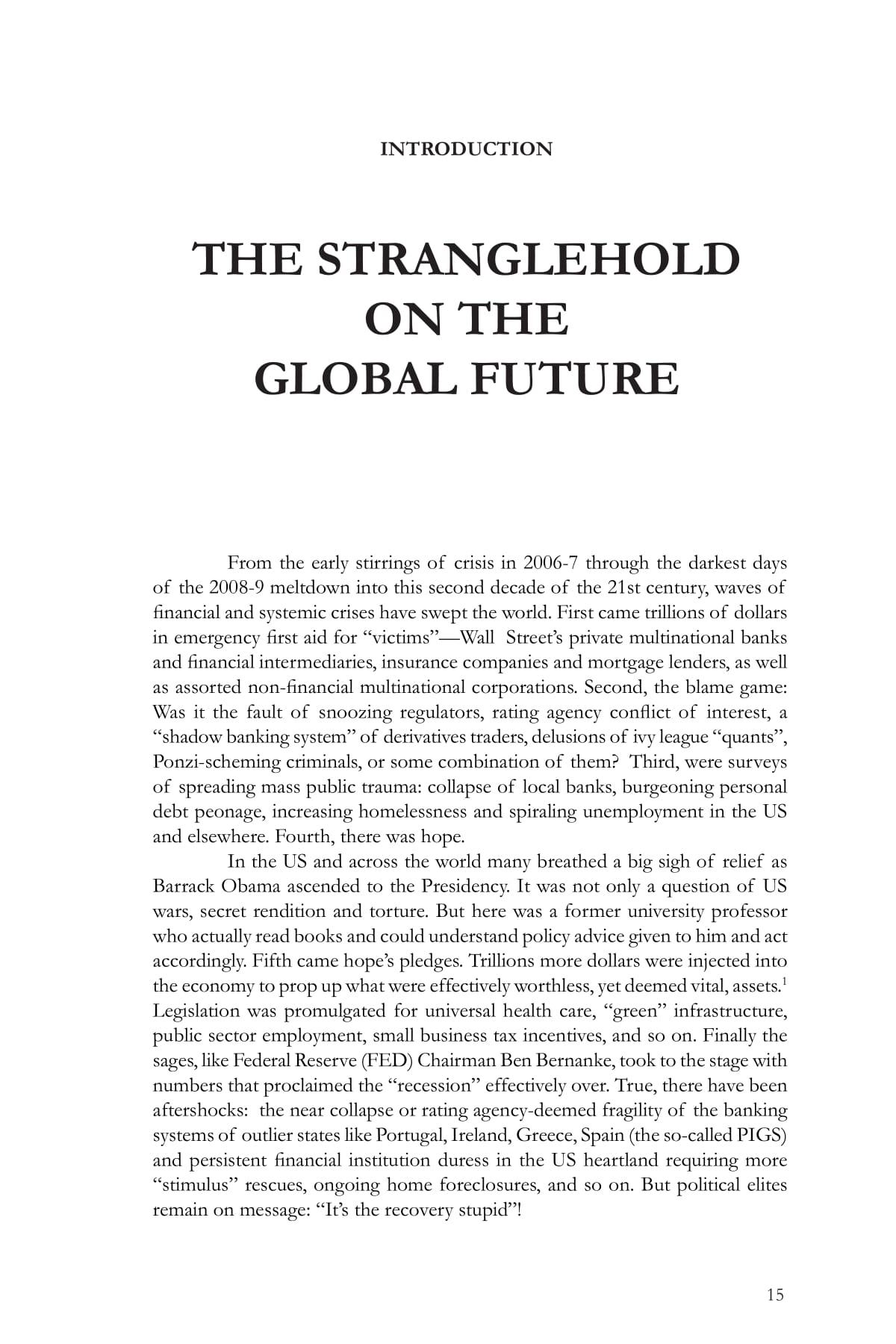 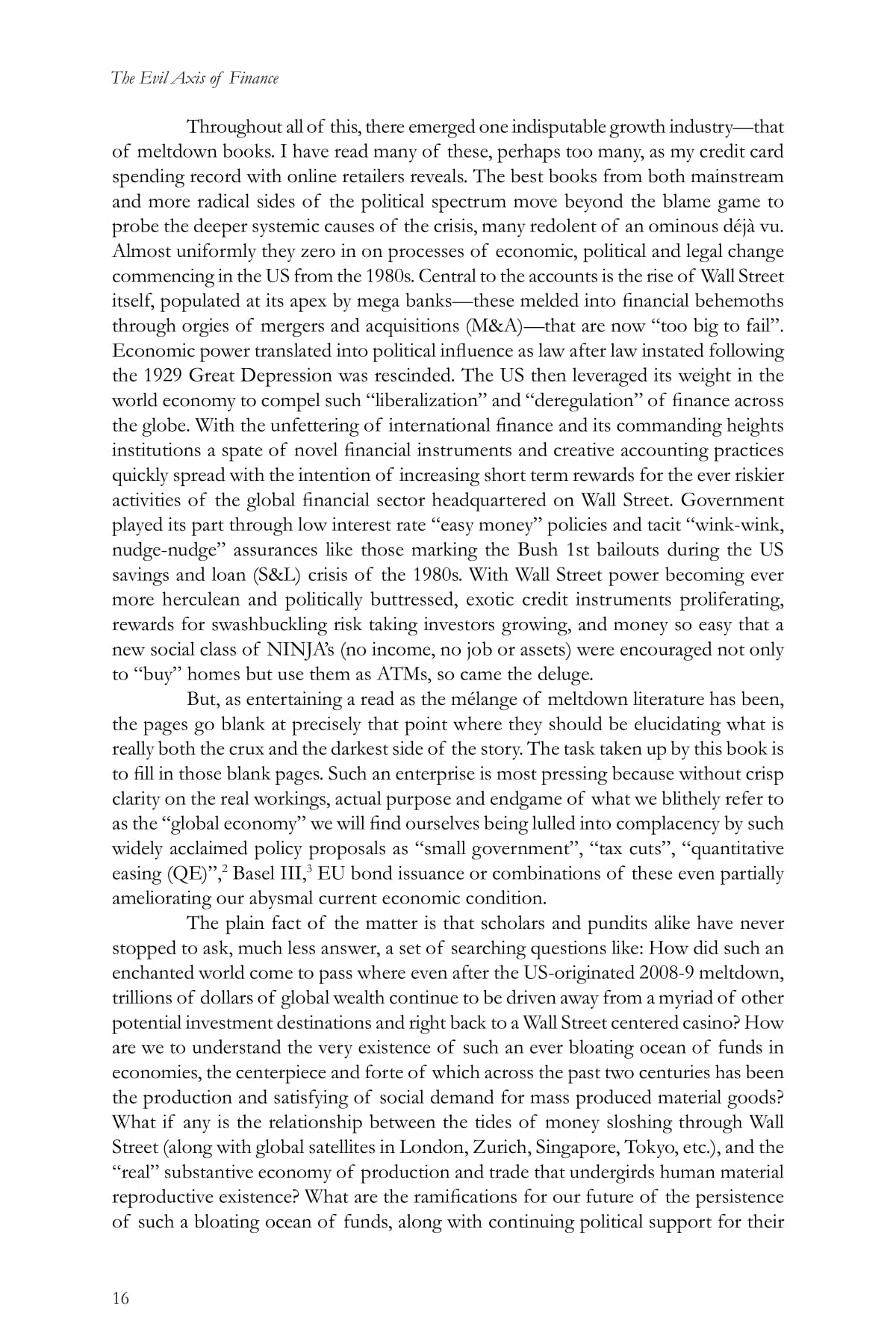 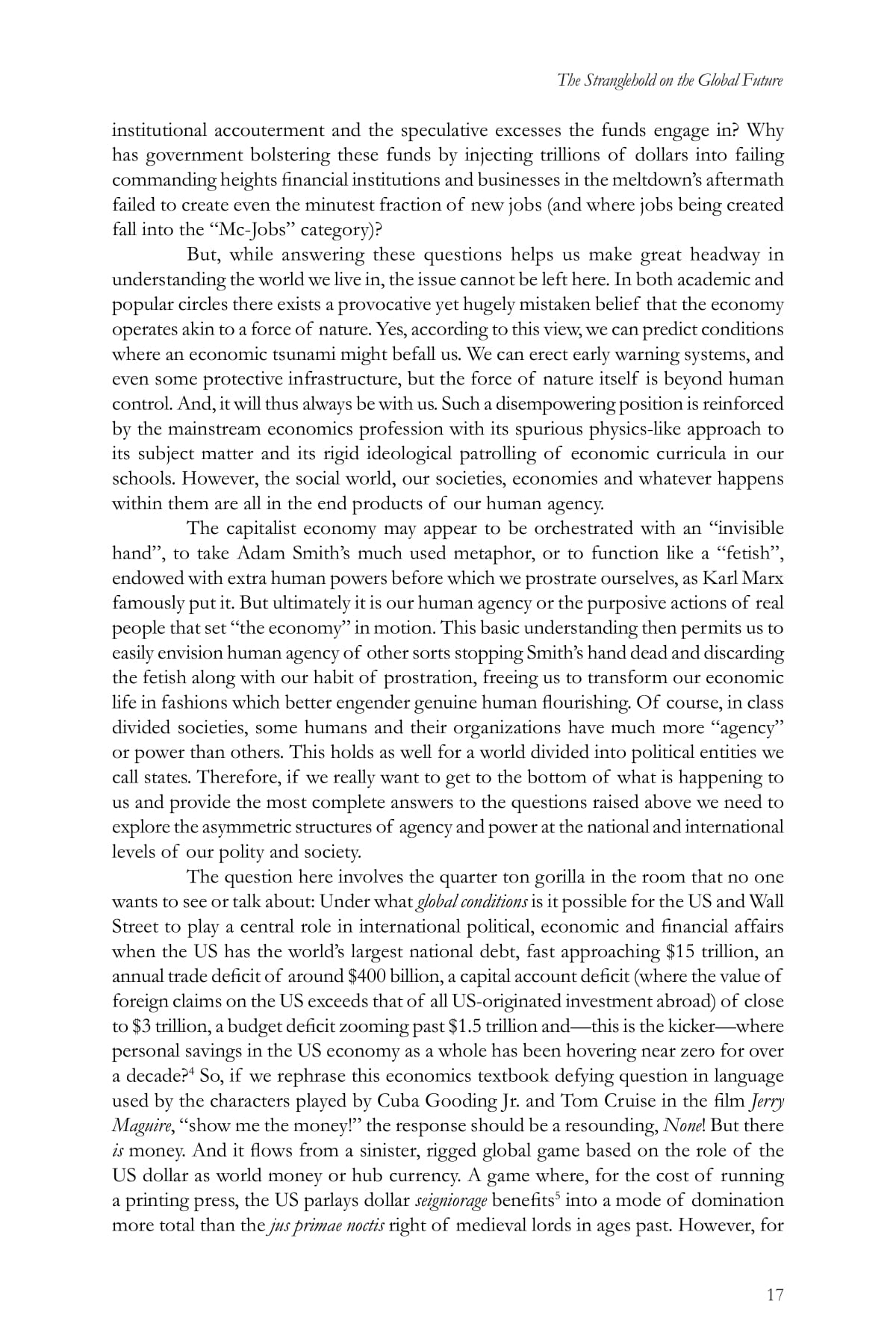 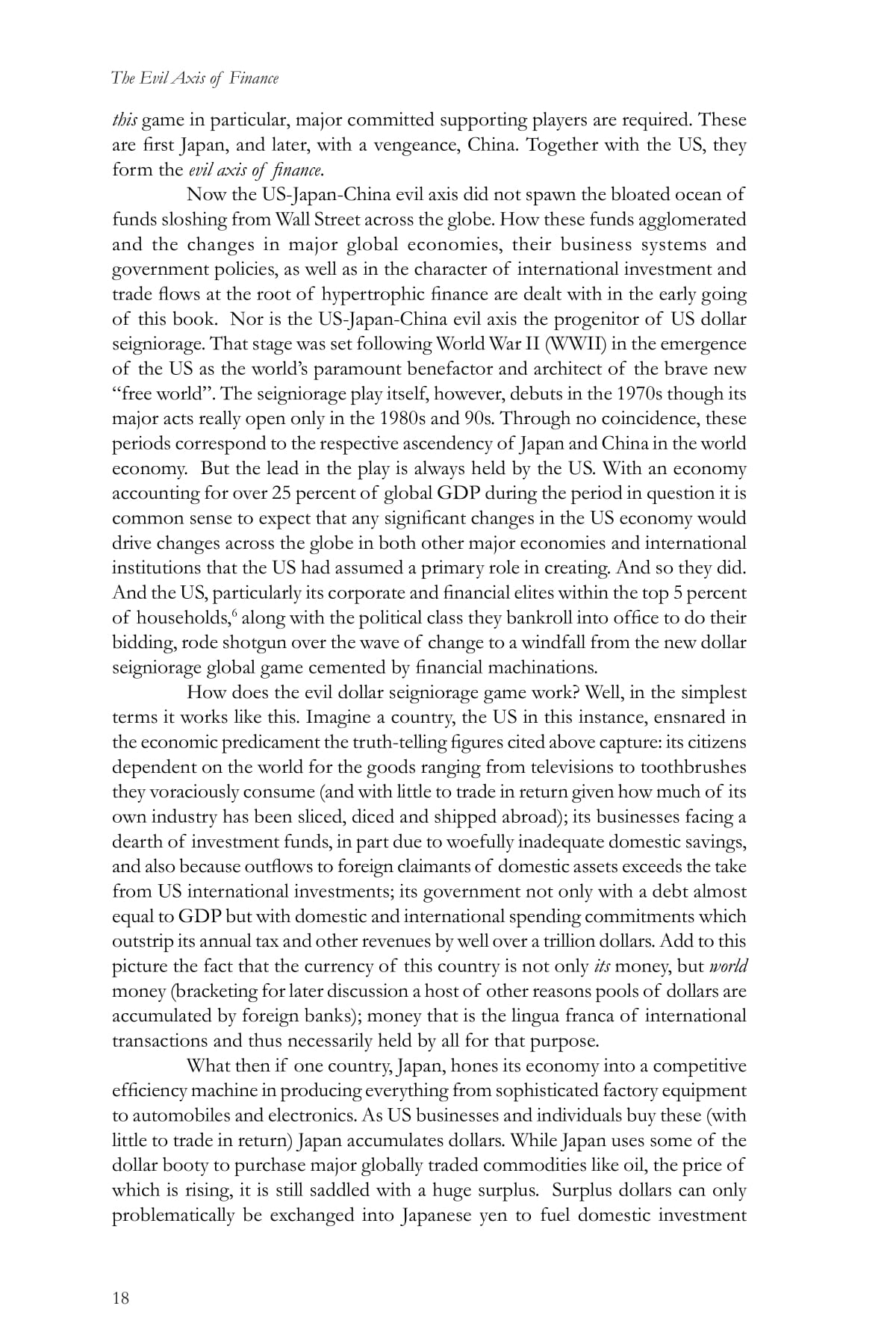 Why, despite the existence of raft of potential international investment outlets, is a major share of global wealth and savings impelled toward a United States (US) Wall Street centered casino? Why has an increasingly gapping chasm crystallized between ever bloating global financial activities and the “real” world economy of production and trade? How is it that wealthy governments’ injecting trillions of dollars into stumbling financial sectors across the globe is failing to create new decent jobs? The present volume clearly answers these questions and more.

“This is the best researched and hardest hitting book yet written on what Westra so aptly refers to as ‘rotating meltdowns’ caused by High Finance’s irresponsible expansion of and gambling with debt.”

Why, despite the existence of raft of potential international investment outlets, is a major share of global wealth and savings impelled toward a United States (US) Wall Street centered casino ?  Why has an increasingly gapping chasm crystallized between ever bloating global financial activities and the “real” world economy of production and trade? How is it that wealthy governments’injecting trillions of dollars into stumbling financial sectors across the globe is failing to create new decent jobs?

The present volume clearly answers these questions and more as it connects the dots linking the 2008 meltdown and over a decade of dress rehearsals for it to a rigged global financial game that cemented US international dominance under conditions where the US simultaneously attained the status of world’s principal debtor economy. It traces out the complicity of Japan in the game beholden as it was to US anti-communist largesse for its meteoric post-war rise. It examines how China, the former communist Cold War nemesis, paradoxically became the next majorunderwriter of US debt and exporter of global deflation as is sets low wage rates for the world.

The core message of the book is that if an Axis with a stranglehold on the global future exists it is not that of those pretenders the names of which are bandied about in mainstream media but that of the US, Japan and China. And the global financial game at the root of the Axis’ international power is unraveling of the very foundations of modernity.

In a nutshell, the rigged global game undergirding Axis power is that of dollar seigniorage. The way it works is that the US furnishes international money for the cost of running a printing press while the rest of the world produces goods and services in a wage race to the bottom to access those dollars. And select states, predominately Japan and China (though others as well), then store the surpluses they amass in dollar denominated savings. US access to investment capital through little substantive economic effort, as it in fact incurs exponentially burgeoning debt, underpinned its seemingly out-of-this-world economic performance across the 1990s and early 21st century. China’s export bonanza to the US props up its brutal authoritarian regime: The latter, in turn,finding further support from the powerful new coastal exporting elite. China’s slave-like labor conditions set wage rates for global producers and maintain a flow of consumer goods to the US and the world at deflated prices. With the rising export prowess of China Japan maintains demand for its capital goods beyond East and Southeast Asia which the US had supported as Japan’s “sphere of influence” in the post-World War II (WWII) era. Japanese corporations are thereby enabled to retain their core competencies bucking global trends while Japan further defies global tendencies toward spiraling unemployment to sustain its post-WWII social and political consensus.

The book deftly explores the set of momentous though largely unrecognized consequences for the global future which flow from this rigged game: