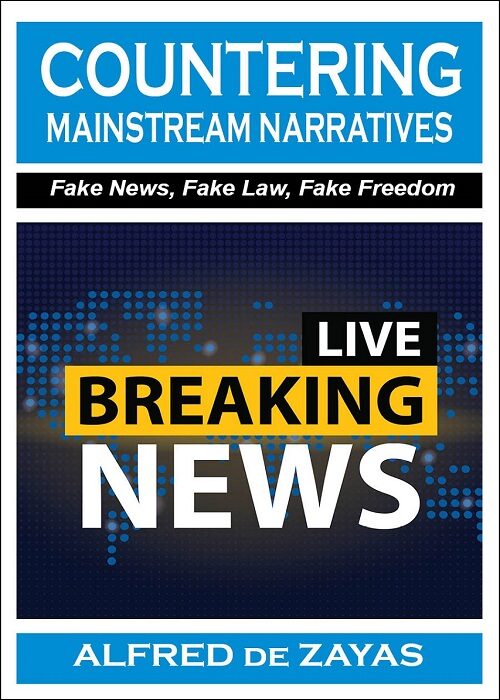 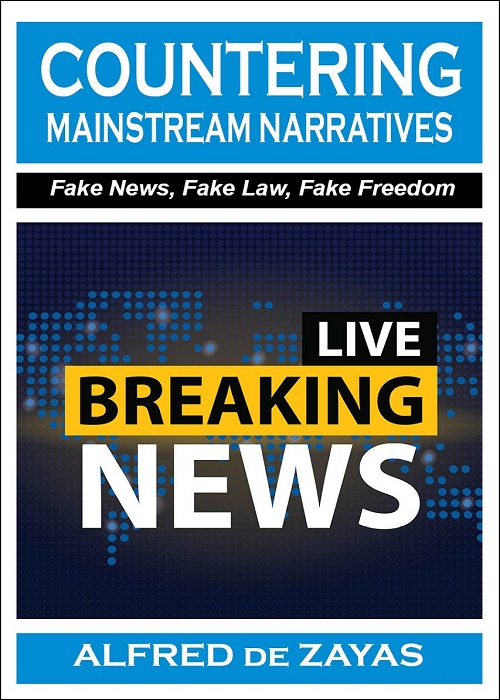 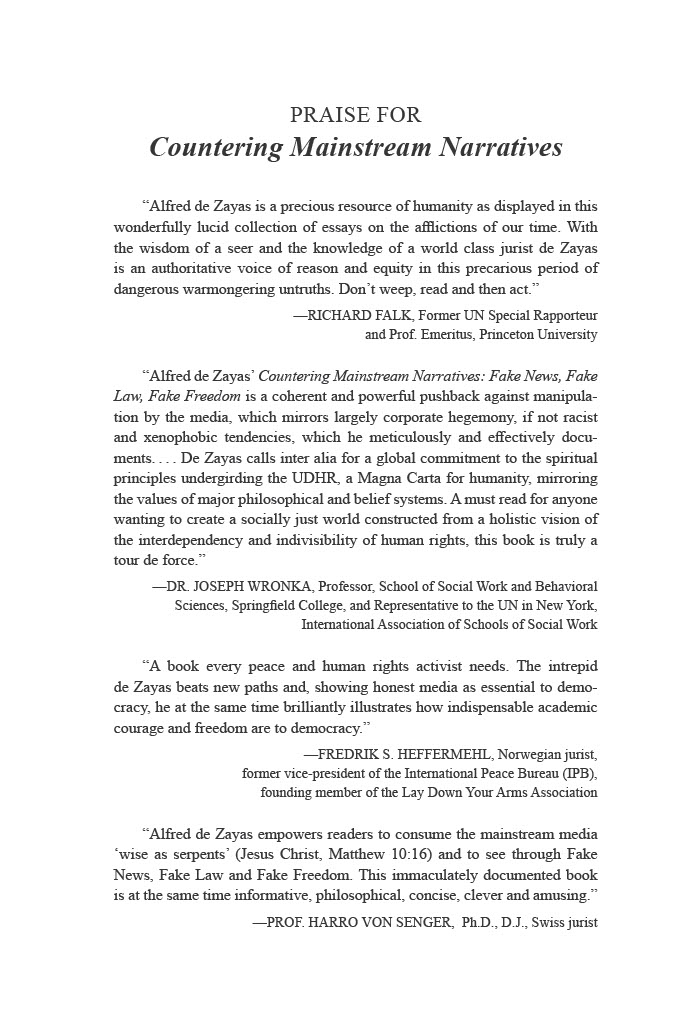 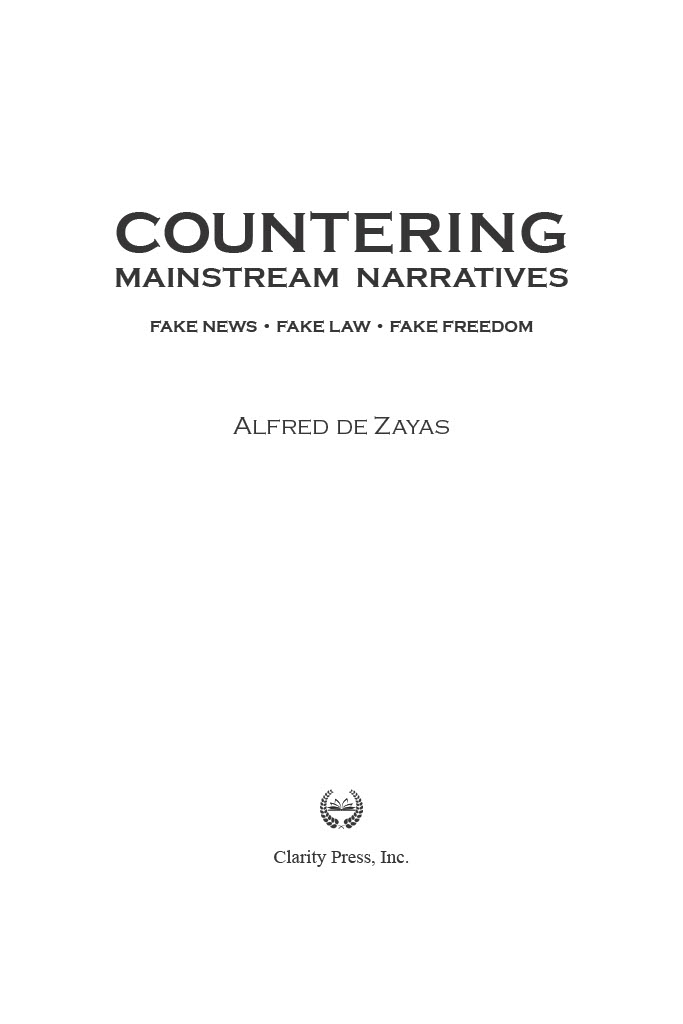 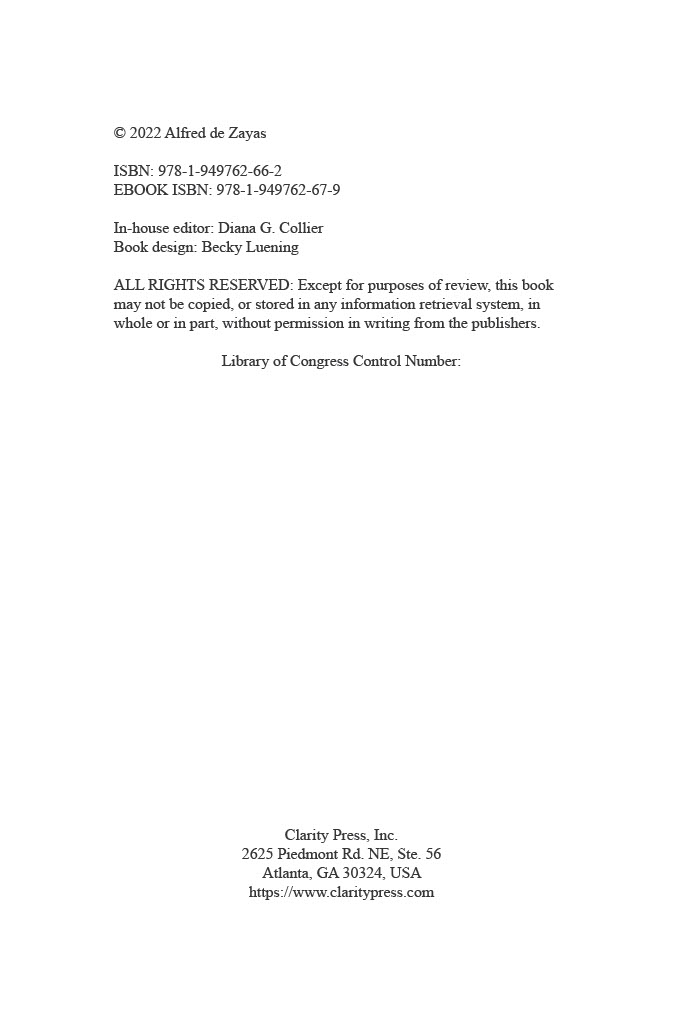 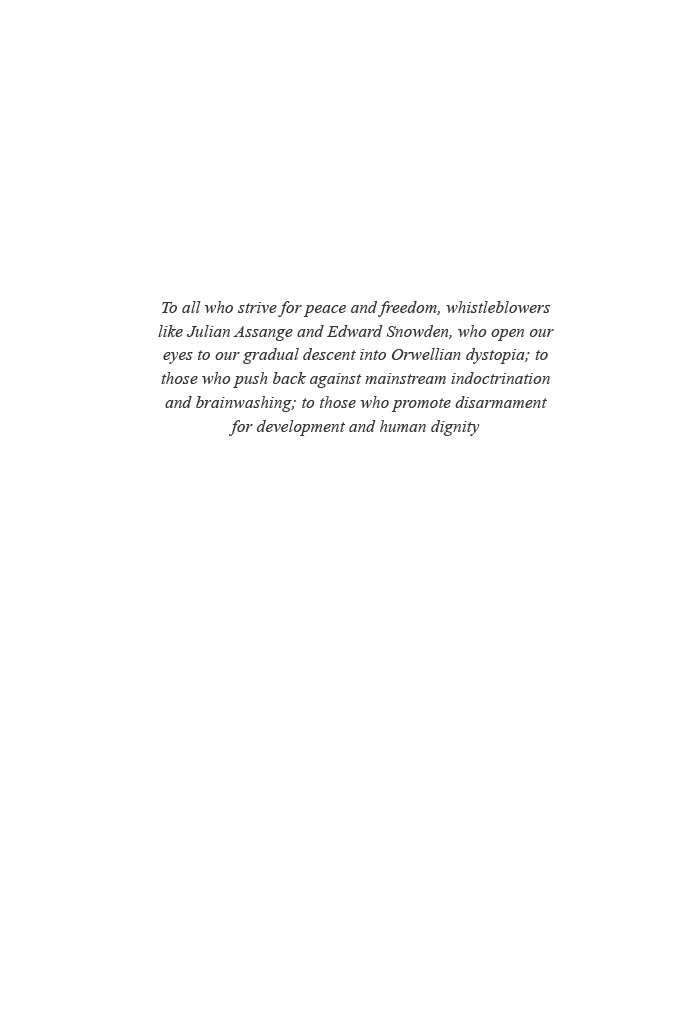 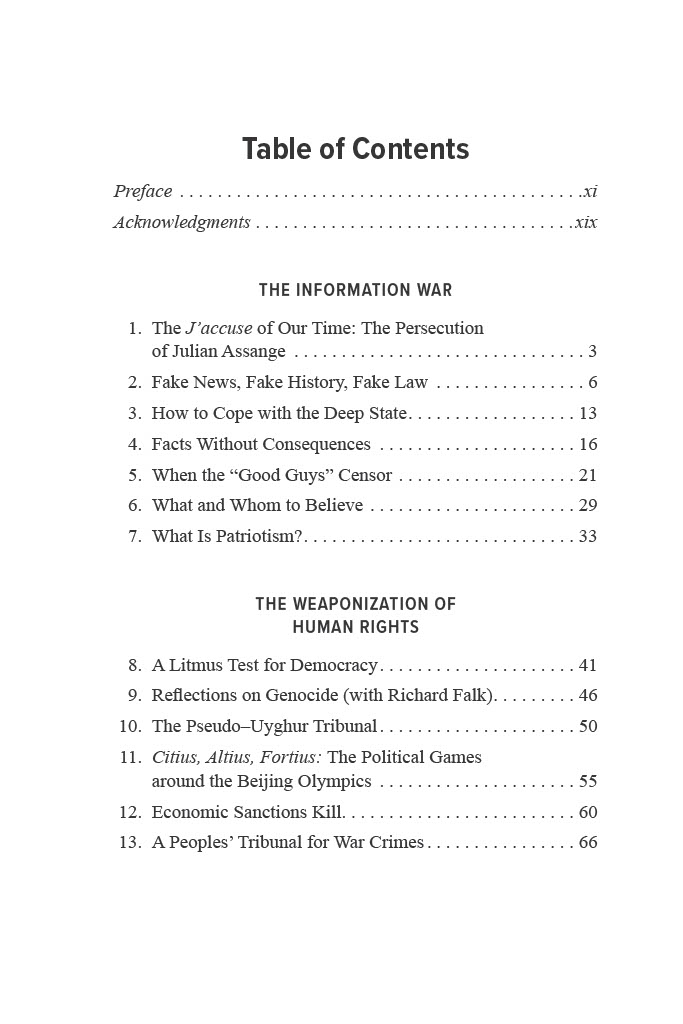 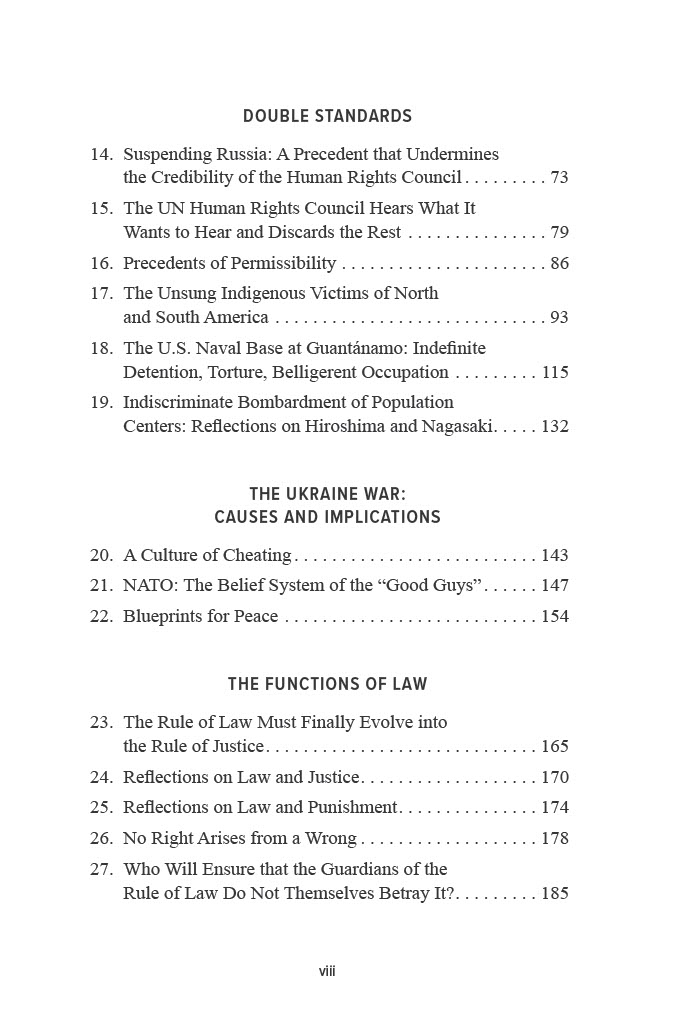 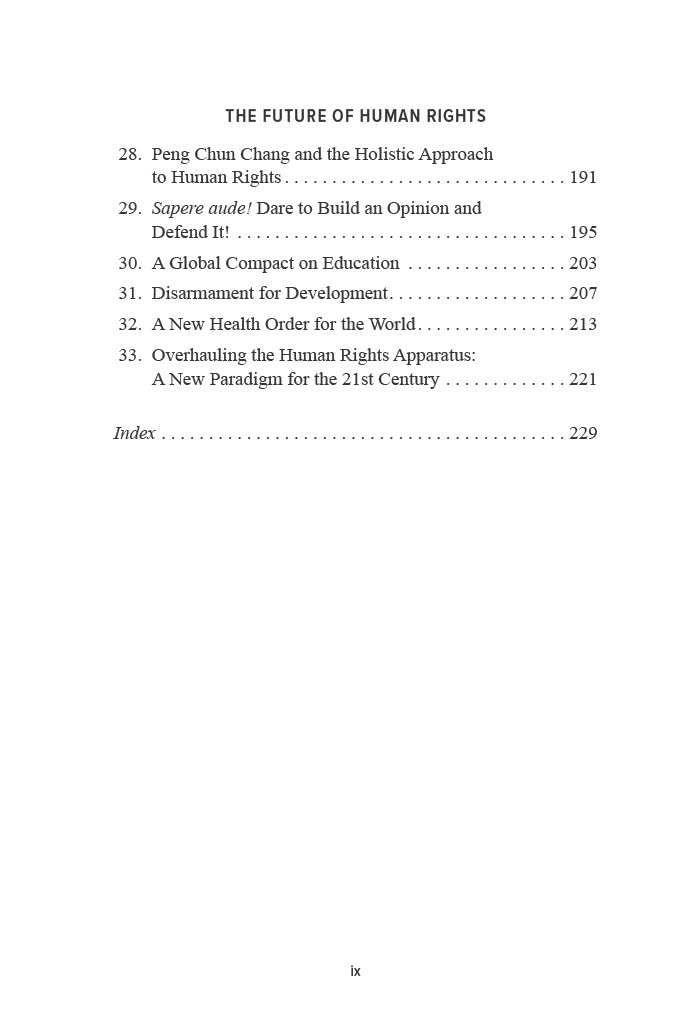 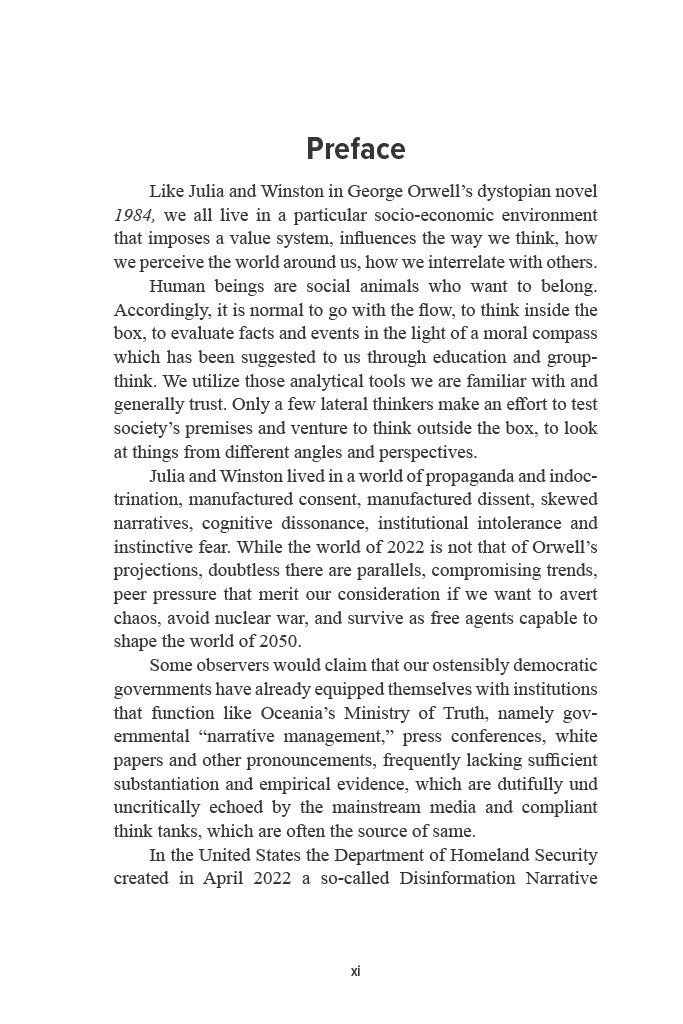 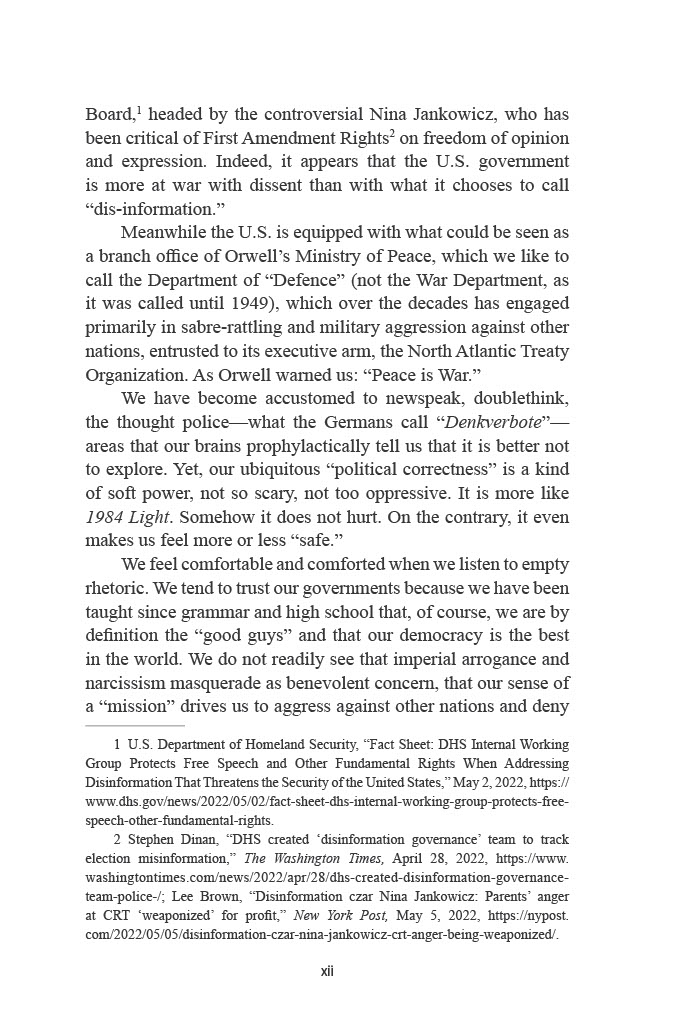 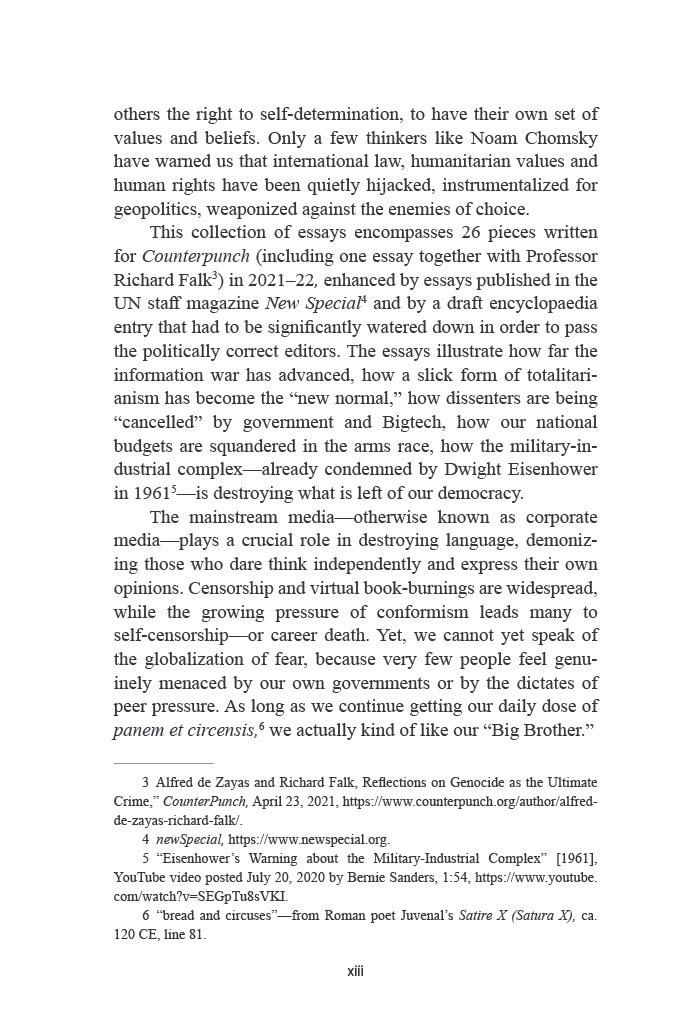 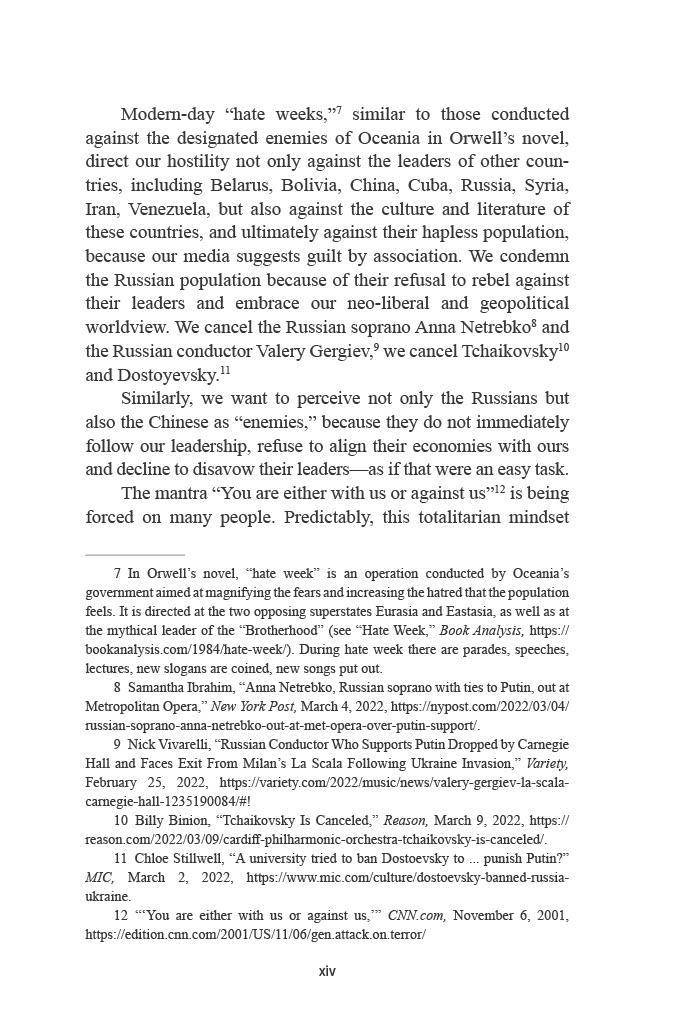 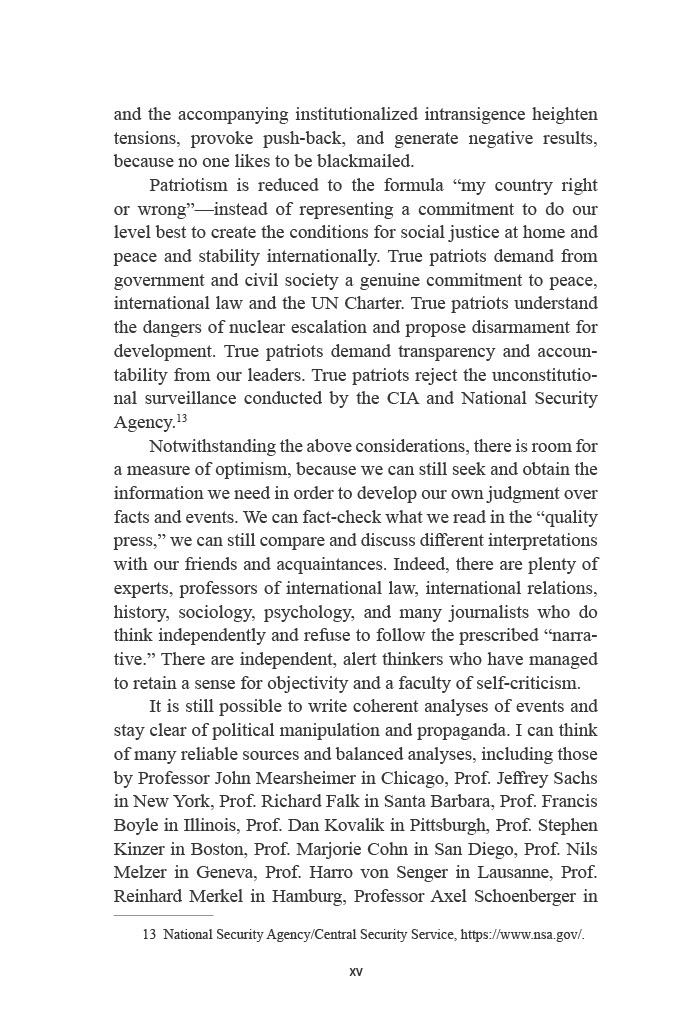 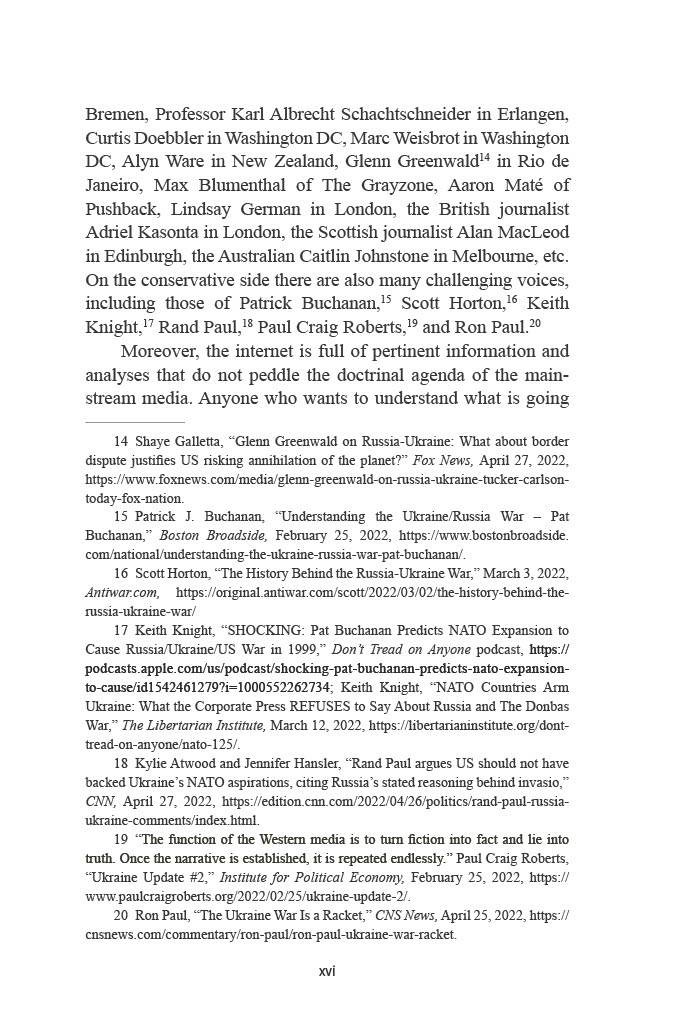 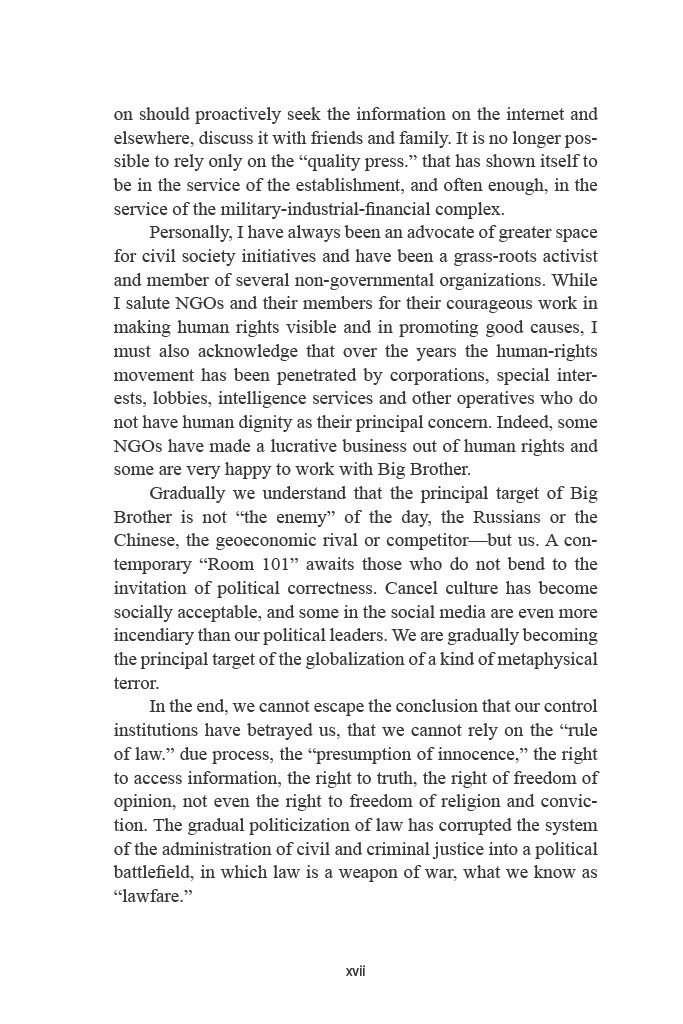 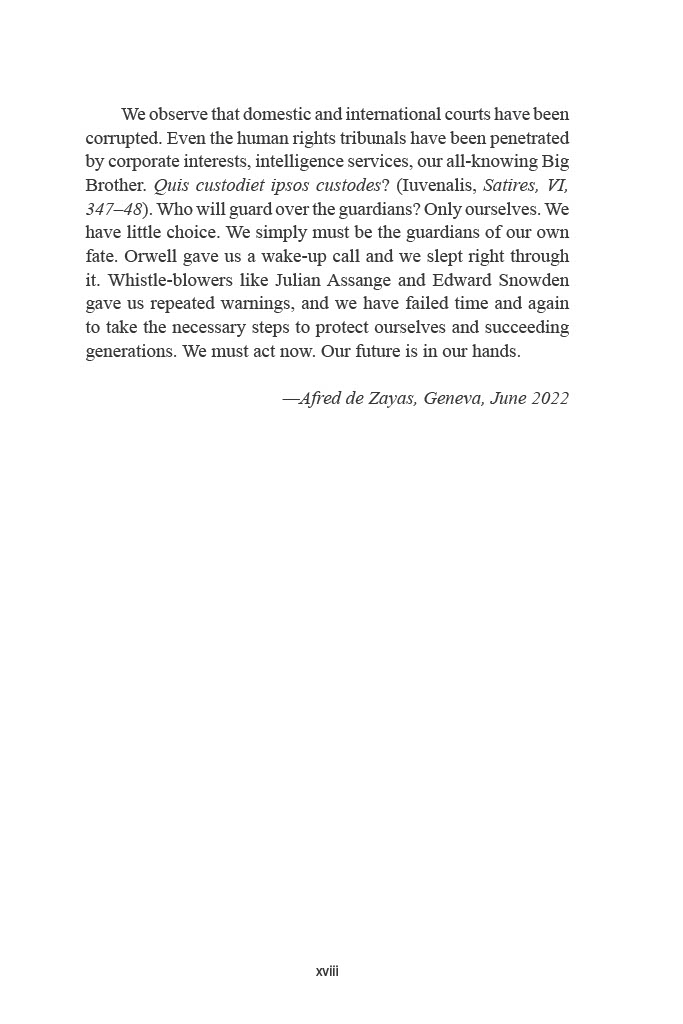 “Alfred de Zayas is a precious resource of humanity as displayed in this wonderfully lucid collection of essays on the afflictions of our time. With the wisdom of a seer and the knowledge of a world class jurist de Zayas is an authoritative voice of reason and equity in this precarious period of dangerous warmongering untruths. Don’t weep, read and then act.”
RICHARD FALK, Former UN Special Rapporteur and Prof. Emeritus, Princeton University

“The ugliness of official lies and suppression of truth in our times is a serious threat to the possibility of a democratic society. Alfred de Zayas’ book is a vigil for a society where press freedom means more than the freedom to buy the press and to lie without restraint.” VIJAY PRASHAD, Professor of International Studies, Trinity College, Executive-director of the Tricontinental Institute for Social Research

“A must read for anyone wanting to create a socially just world constructed from a holistic vision of  the interdependency and indivisibility of human rights, this book is truly a tour de force.” DR. JOSEPH WRONKA, Representative to the UN in New York, International Association of Schools of Social Work

“A book every peace and human rights activist needs. The intrepid de Zayas beats new paths , demonstrates why honest media is essential to democratic governance and illustrates how indispensable academic freedom and courage are to every democracy.” FREDRIK S. HEFFERMEHL, Norwegian jurist, former vice-president of the International Peace Bureau (IPB), founding member of the Lay Down Your Arms Association

“An honest book that appeals to reason in dealing with diplomacy, peace, and war. Erudite and endlessly quotable, even aphoristic, this book champions academic freedom and the right to seek and impart information.” PROF. DR. ALEXANDRE LAMBERT, Geneva, expert in multilateral organizations and international security

Faced with the startling and blaring unity of global Western mainstream messaging, the public has become ever more distrustful of the MSM narratives—and with good reason. Authoritative sources have begun pushing back and offering cogent challenges to these proclaimed truths—and in turn, the digital gatekeepers have been increasingly cracking down on what they regard as unwelcome alternative views—irrespective of the stature of the persons providing them.

This collection of essays spans a broad spectrum of issues, including

• the need to overhaul the human rights apparatus,

• the weaponization of human rights against geopolitical rivals,

• the instrumentalization of domestic and international law for purposes of “lawfare”

• the information war, what and whom to believe,

• the democratic function of whistleblowers,

• the persecution of human rights defenders like Julian Assange and Edward Snowden,

• the destructive role of the military-industrial-financial complex,

• the elevation of NATO to cult status, so that we must believe its narratives as a matter of faith,

• the evidence-free allegations of “genocide” in Xinjiang, and not least,

• the war in Ukraine.

The essays also explore moral, legal and philosophical questions on law and justice, law and punishment, and the rule of international tribunals.

De Zayas’ essays and op-eds have also been published in the Guardian, The Independent, Inter Press service, Truthout, Counterpunch, as well as in the Tribune de Genève, Le Courrier, die Welt, die Frankfurter Allgemeine Zeitung and other newspapers

Alfred-Maurice de Zayas is a former UN Independent Expert on the Promotion of a democratic and equitable international order (2012-18), senior lawyer with the UN Office of the High Commissioner for Human Rights, Secretary of the UN Human Rights Committee and Chief of the Petitions Department. Zayas grew up in Chicago, studied history and law, holds a J.D. from Harvard Law School and a Dr. phil. in modern history from the University of Göttingen. He was a Fulbright Graduate Fellow in Germany. Retired member of the New York and Florida Bar, author of 9 books and more than 200 scholarly articles. President of PEN International, Centre Suisse romand 2006-9 and again 2013-17. He is a winner of a 2022 International Book Award for his book, Building a Just World Order, in the category of Law.