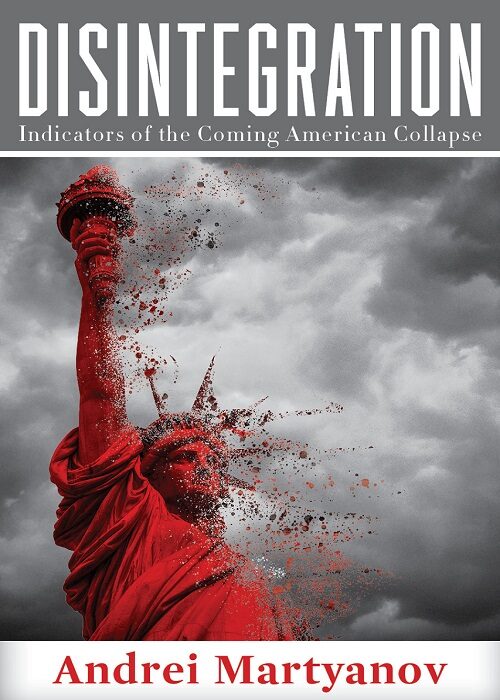 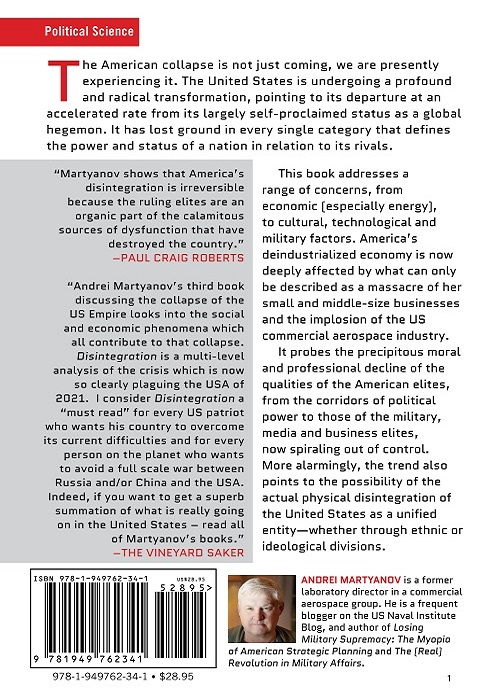 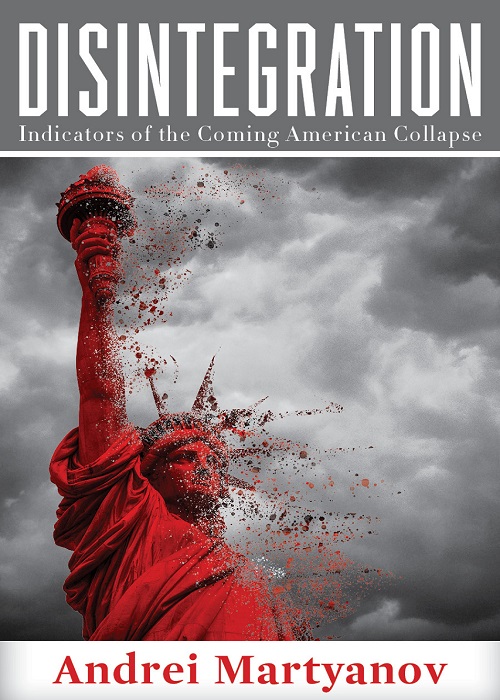 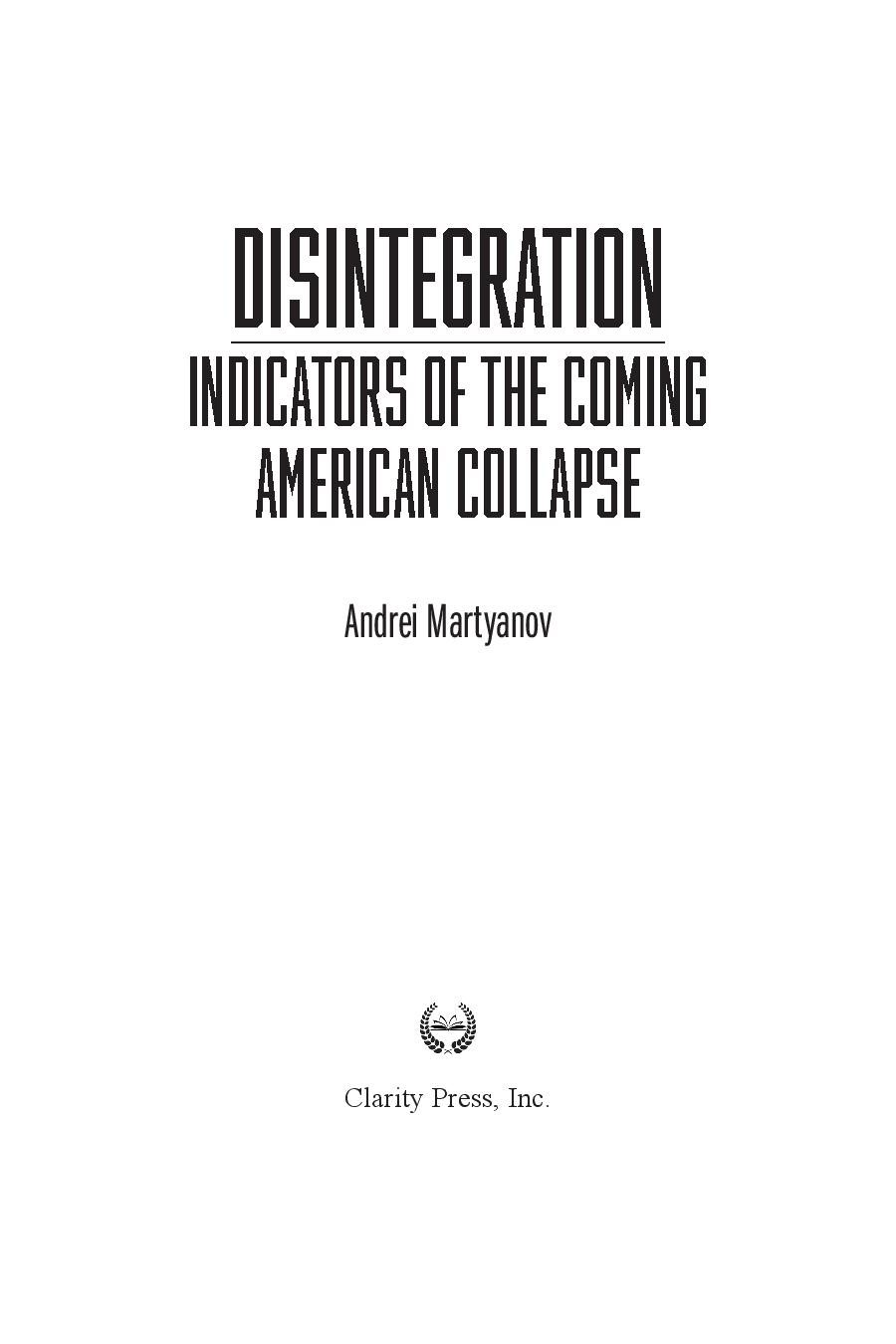 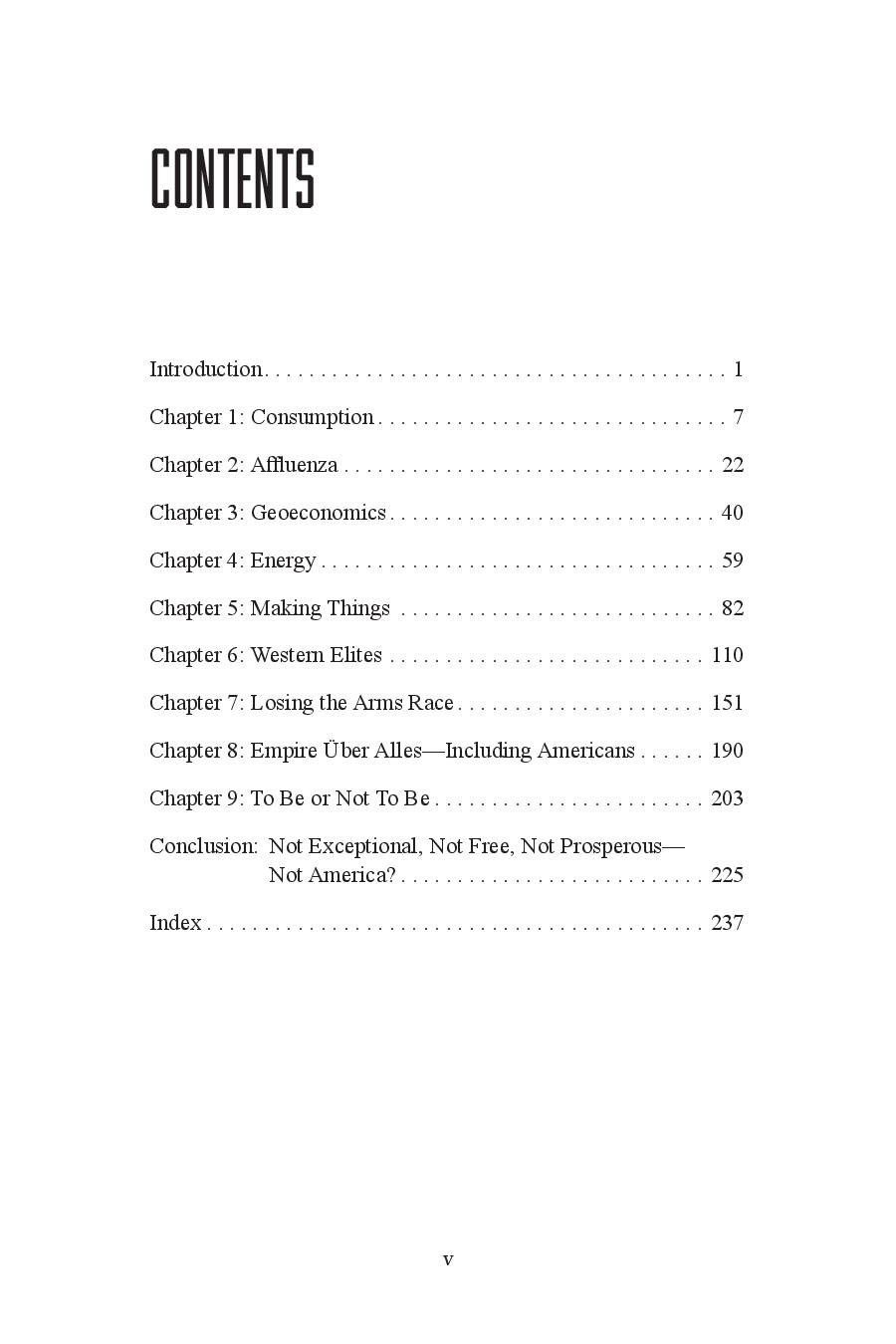 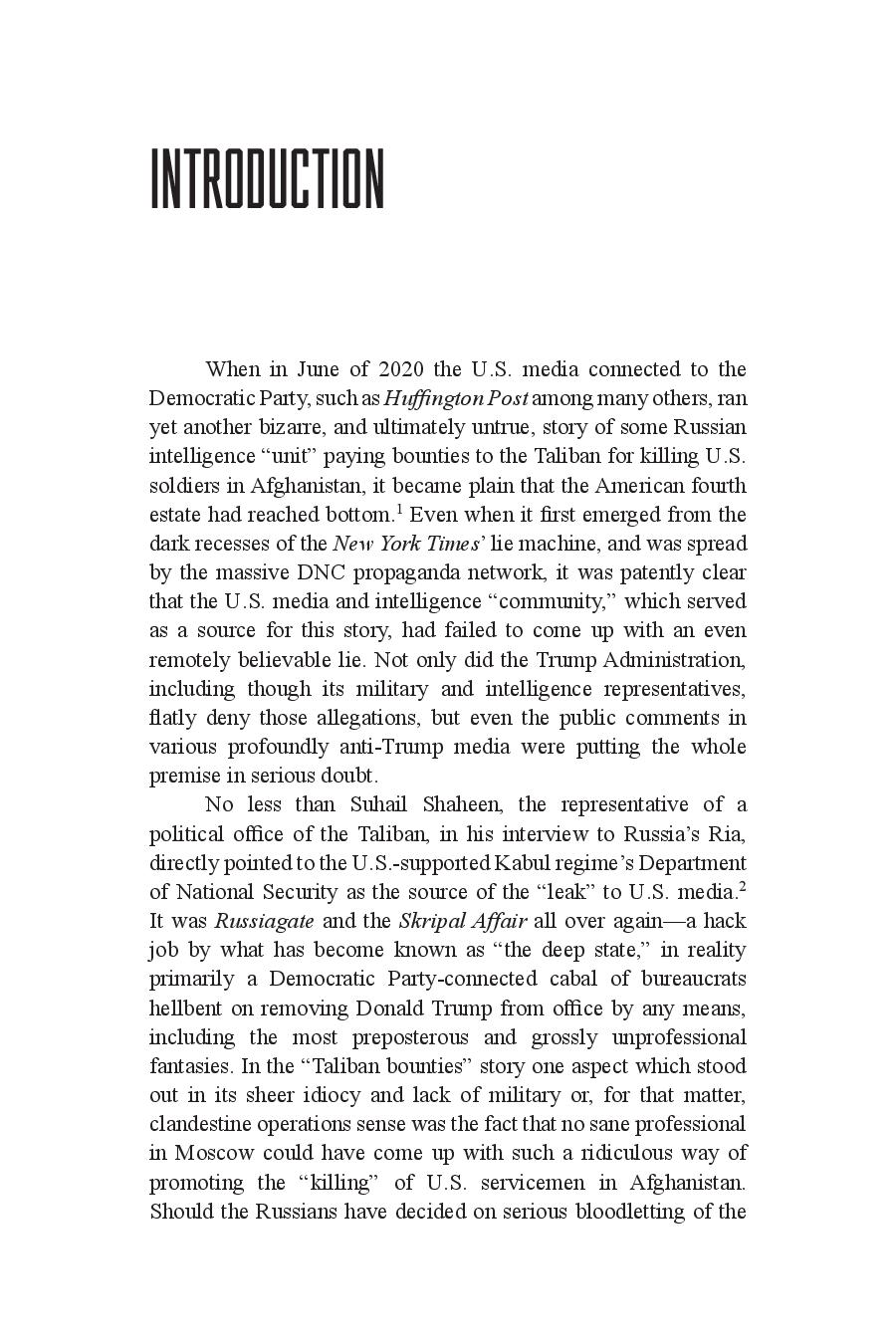 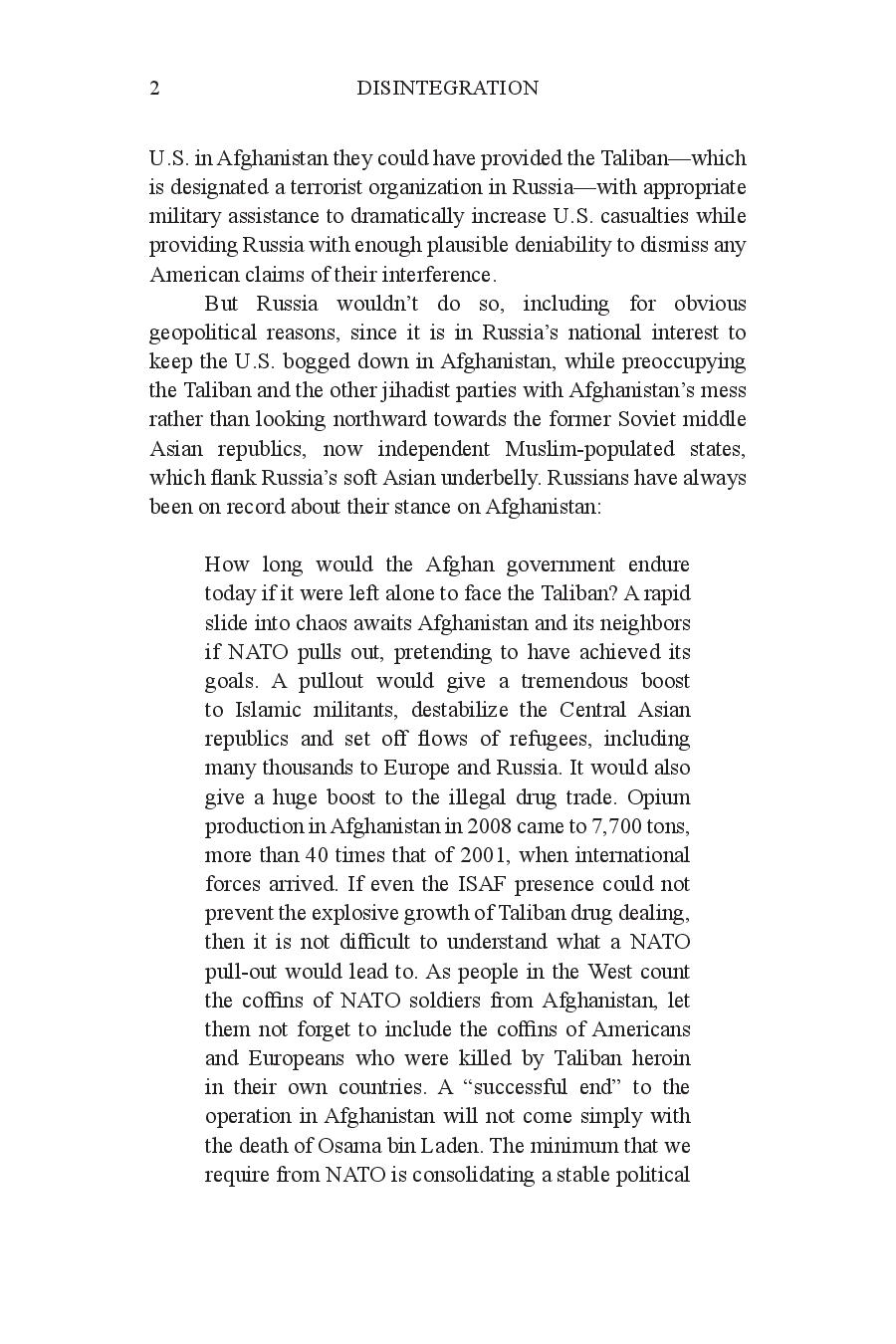 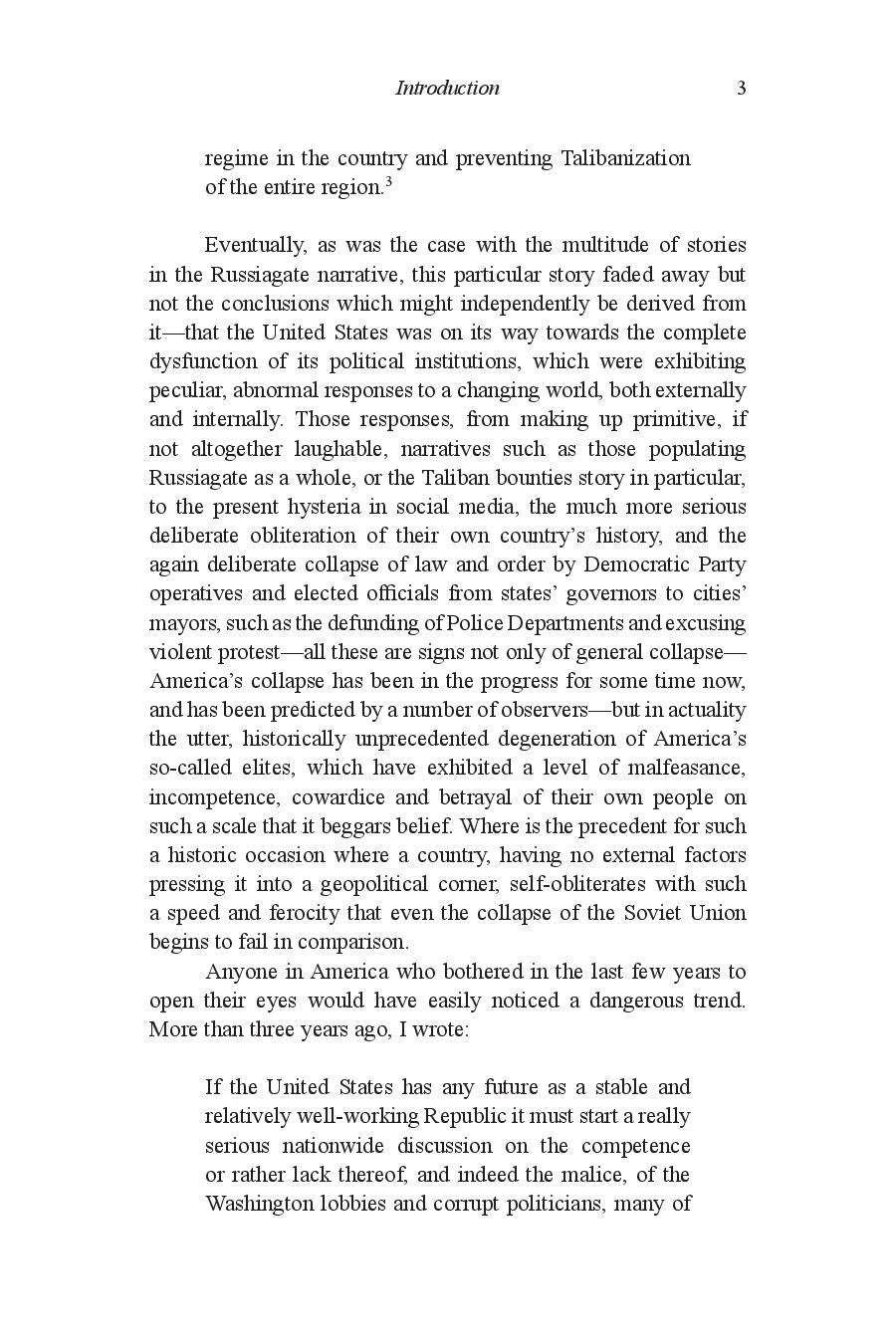 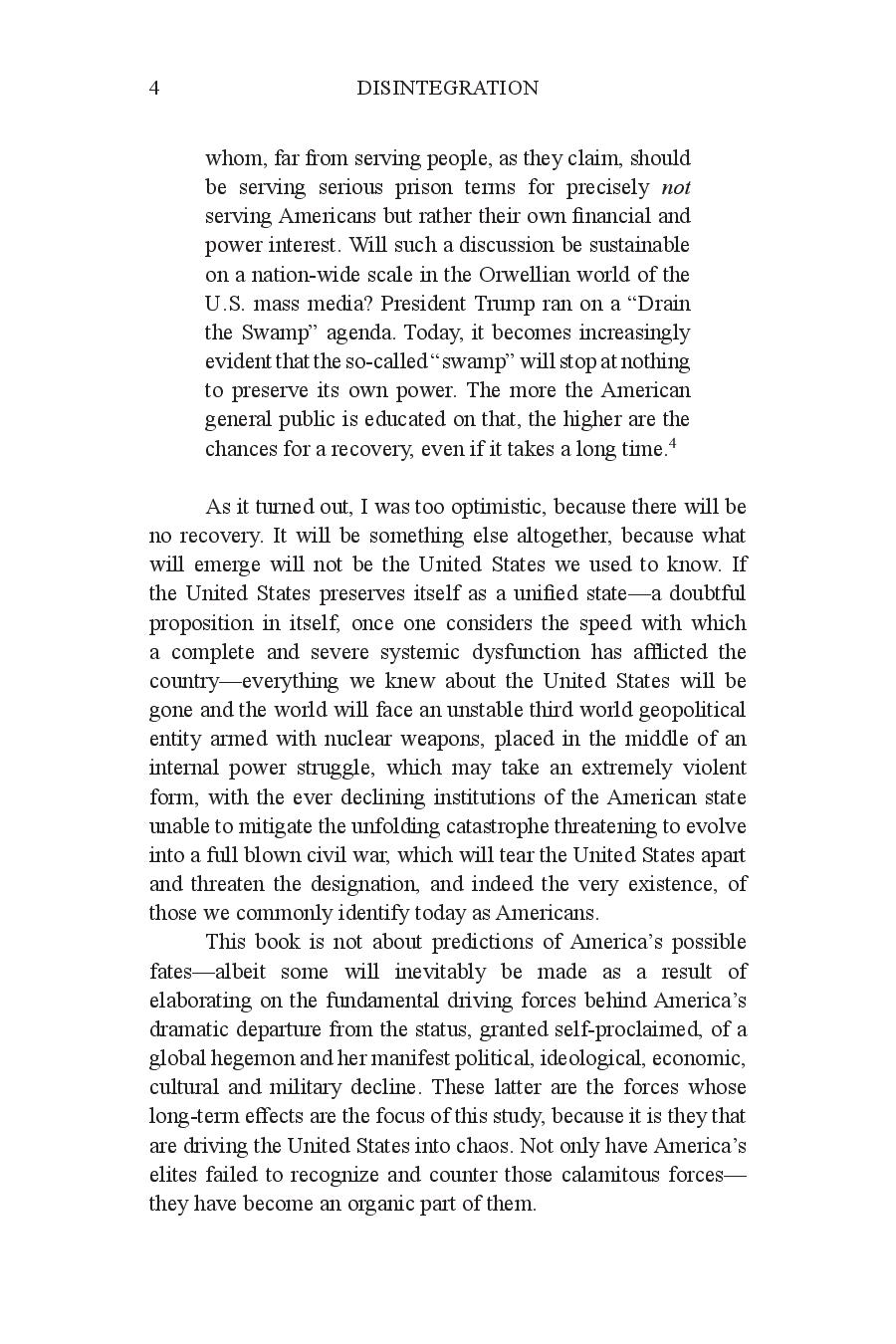 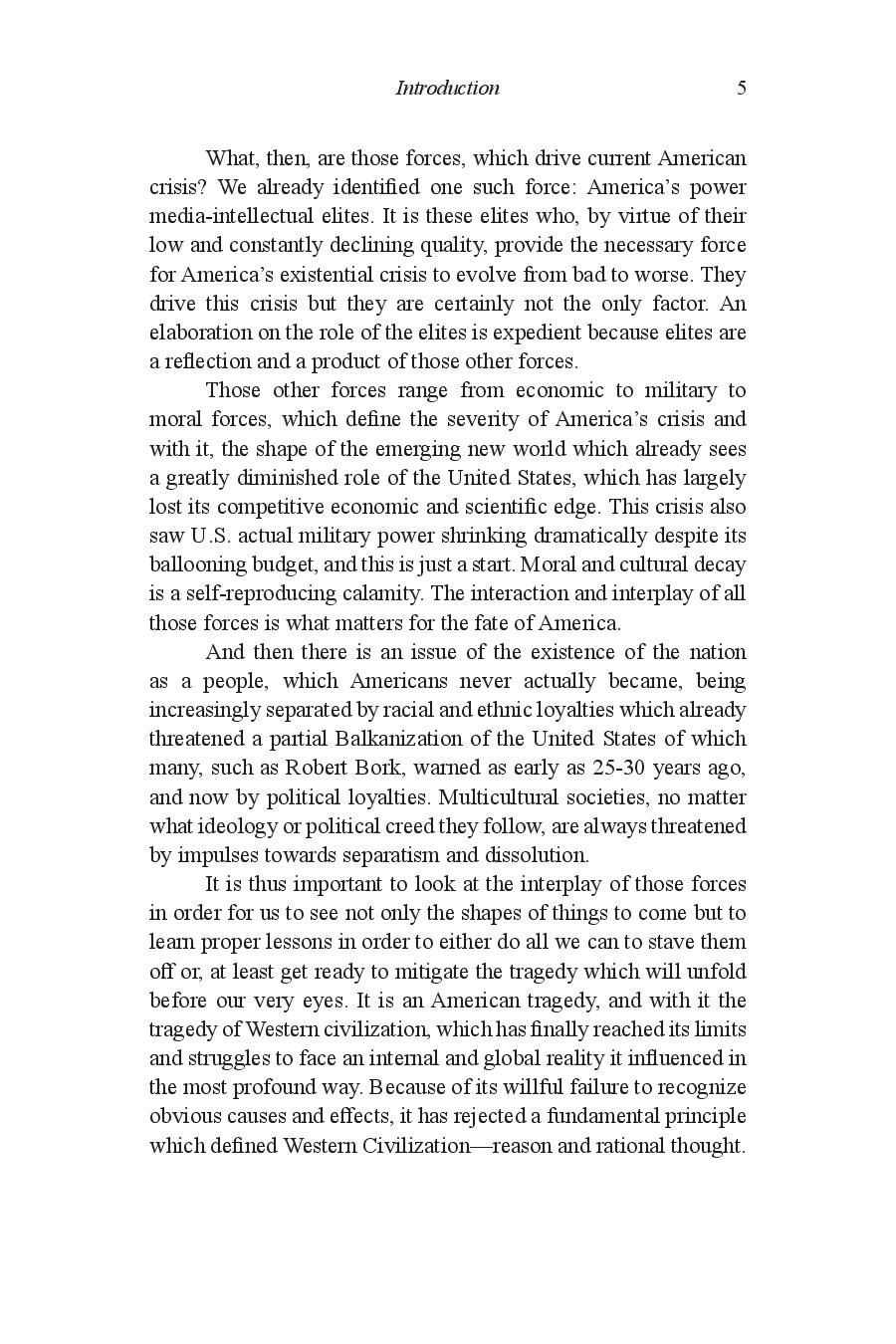 “The sections of the book on American military prowess are where Martyanov’s expertise really shines through. Martyanov claims that a revolution in military affairs has already destroyed the foundation of American post–World War II hegemony and that America simply has not yet awakened to this reality… But this is not Martyanov’s core critique, which is that the American military is simply not tailored to the needs of today’s world….The book really comes into its own in the long sections on the American economy…”  — PHILIP PILKINGTON, American Affairs Journal

“”Andrei Martyanov is in a class by himself… His new book, Disintegration, completes a trilogy. And it’s a stunning departure. Here, Martyanov, in meticulous detail, analyzes the imperial decline thematically – with chapters on Consumption, Geoeconomics, Energy, Losing the Arms Race, among others, composing a devastating indictment especially of toxic D.C. lobbies and the prevailing political mediocrity across the Beltway. What is laid bare for the reader is the complex interplay of forces that are driving the political, ideological, economic, cultural and military American chaos…” —PEPE ESCOBAR, Asia Times

“Andrei Martyanov’s third book discussing the collapse of the US Empire looks into the social and economic phenomena which all contribute to that collapse. Disintegration is a multi-level analysis of the crisis which is now so clearly plaguing the USA of 2021.  I consider Disintegration a “must read” for every US patriot who wants his country to overcome its current difficulties and for every person on the planet who wants to avoid a full scale war between Russia and/or China and the USA. Indeed, if you want to get a superb summation of what is *really* going on in the United States – read all of Martyanov’s books.” —THE VINEYARD SAKER

“Martyanov shows that America’s disintegration is irreversible because the ruling elites are an organic part of the calamitous sources of dysfunction that have destroyed the country…The destruction of American unity and foundational beliefs is only one reason that the United States is disintegrating.  Martyanov provides a number of other causes of our disintegration. One is that not only the US but the entirety of the Western world is no longer capable of providing competent leadership. This failure is general and not limited to government. Martyanov likens the Western world to a “Warhol can of Campbell’s Soup, which is nothing more than a ‘school of pretense.’” The West’s 15 minutes of fame is up.””—PAUL CRAIG ROBERTS

This book delves into the reasons for the American catastrophic decline, ranging from economic (especially energy), to cultural, technological and military factors. America’s de-industrialized economy is now deeply affected by what can only be described as a massacre of her small and middle-size businesses and the implosion of the US commercial aerospace industry. America’s only driver of real growth, the shale oil industry, is facing realities which may make the Great Depression pale in comparison.

Disintegration also seeks answers to the precipitous moral and professional decline of the always mediocre qualities of the American elites, from the corridors of political power to those of the military and business, now spiraling out of control.

More alarmingly, the trend also points to the possibility of the actual physical disintegration of the United States as a unified entity—whether the divisions are ethnic or ideological.

The most profound fault line is cultural—between the Coastal self-proclaimed elites backed by the secular, liberal media and deep state, who focus on the most radical ideologies as it concerns gender and race, and the working class majority whom the former polemicize as Christian fundamentalists, white supremacists, and climate and science denialists.

Investigating these factors, Martyanov sheds light on America’s future which holds very little promise for the country which had once proclaimed itself to be a shining city on the hill. The American collapse is not just coming, we are presently experiencing it.

How can we deal with a catastrophe which is unfolding before our very eyes?

Disintegration lays out some possibilities.

2 reviews for DISINTEGRATION Indicators of the Coming American Collapse