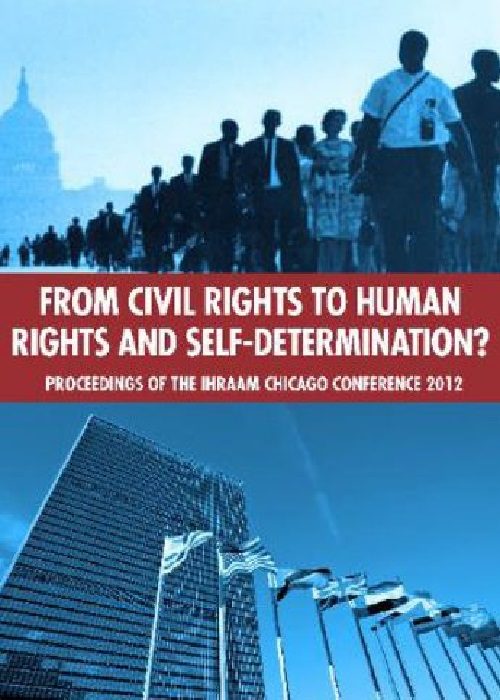 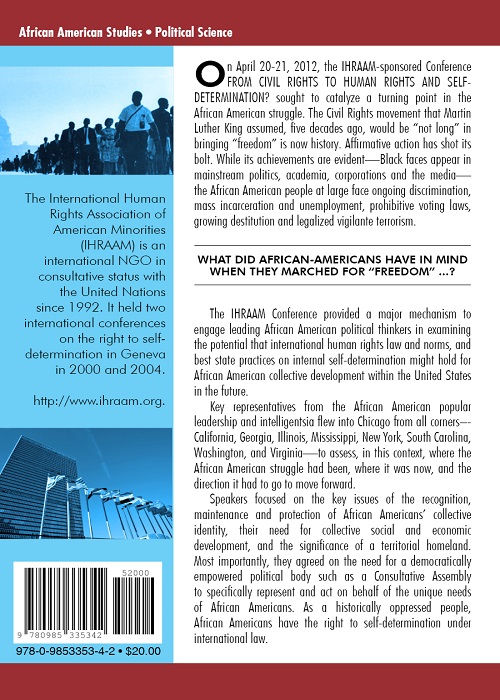 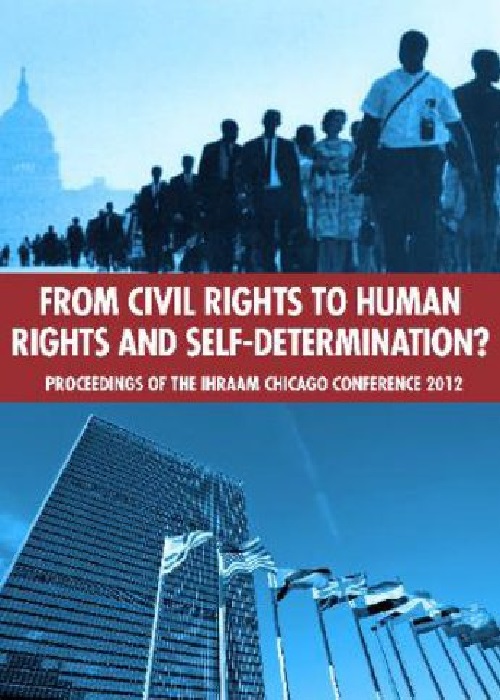 While African Americans have achieved civil rights, it has not ended their collective oppression in America.  This book is a pathbreaker for the next stage in the struggle, and key to understanding the special rights African Americans enjoy under international law.

Proceedings of the IHRAAM Chicago Conference 2012
On April 20-21, 2012, key figures in the African American popular leadership and intelligentsia broke new ground in Chicago at the IHRAAM-sponsored conference, adding new planks to the understanding of where the African American struggle had been, where it was now, and the direction it had to go to move forward. Speakers bios here: http://www.ihraam.org/Conferences-Chicago2012-Speakerbios.html

On April 20-21, 2012, the IHRAAM-sponsored Conference FROM CIVIL RIGHTS TO HUMAN RIGHTS AND SELF-DETERMINATION? sought to catalyze a turning point in the African American struggle. 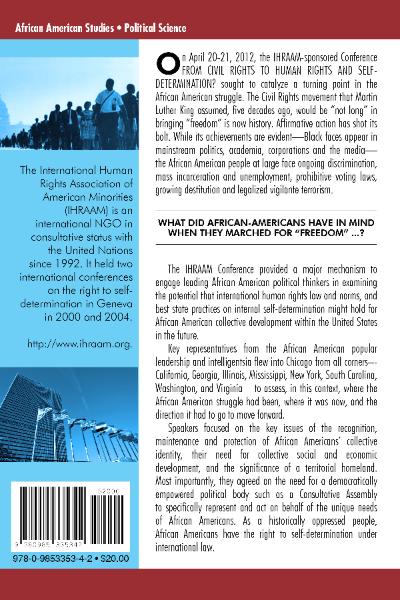 The IHRAAM Conference provided a major mechanism to engage leading African American political thinkers in examining the potential that international human rights law and norms, and best state practices on internal self-determination might hold for African American collective development within the United States in the future.

Key representatives from the African American popular leadership and intelligentsia flew into Chicago from all corners – California, Georgia, Illinois, Mississippi, New York, South Carolina, Washington, and Virginia—to assess, in this context, where the African American struggle had been, where it was now, and the direction it had to go to move forward.

Speakers focused on the key issues of the recognition, maintenance and protection of African Americans’ collective identity, their need for collective social and economic development, and the significance of a territorial homeland. Most importantly, they agreed on the need for a democratically empowered political body such as a Consultative Assembly to specifically represent and act on behalf of the unique needs of African Americans. As a historically oppressed people, African Americans have the right to self-determination.

IHRAAM is an African-American-founded international NGO in Consultative Status with the United Nations.  More information on IHRAAM is available at http://www.ihraam.org.