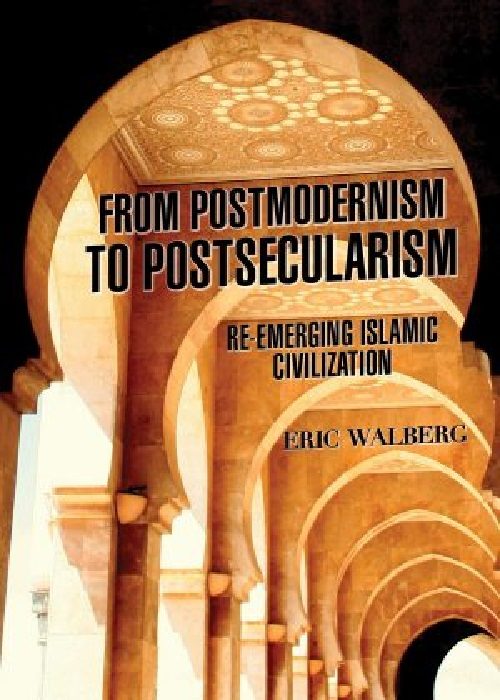 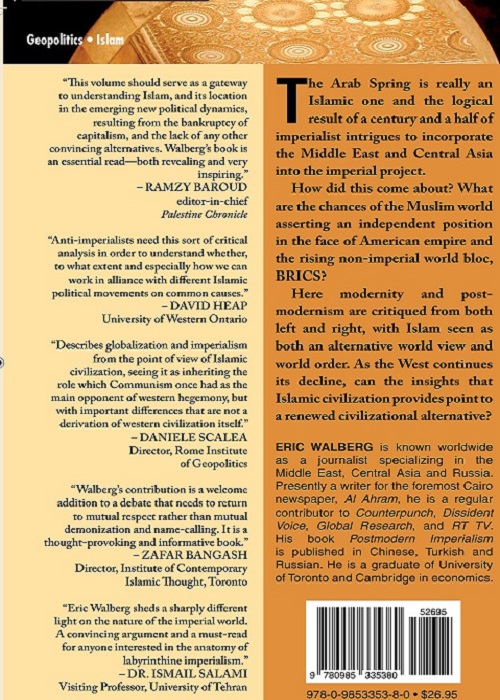 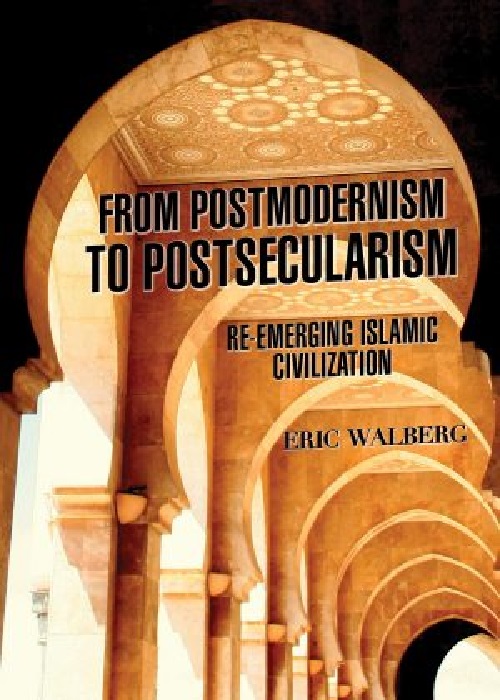 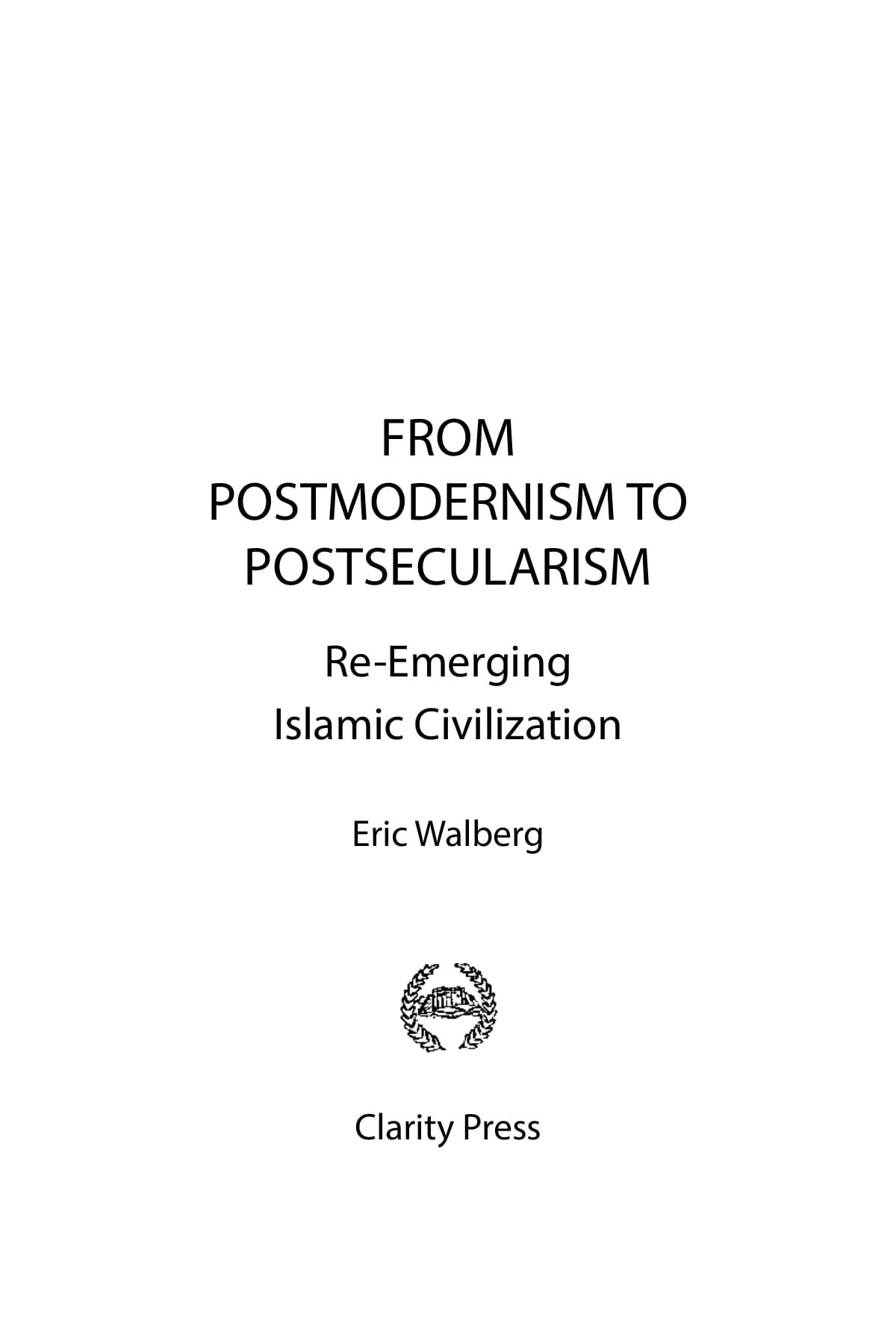 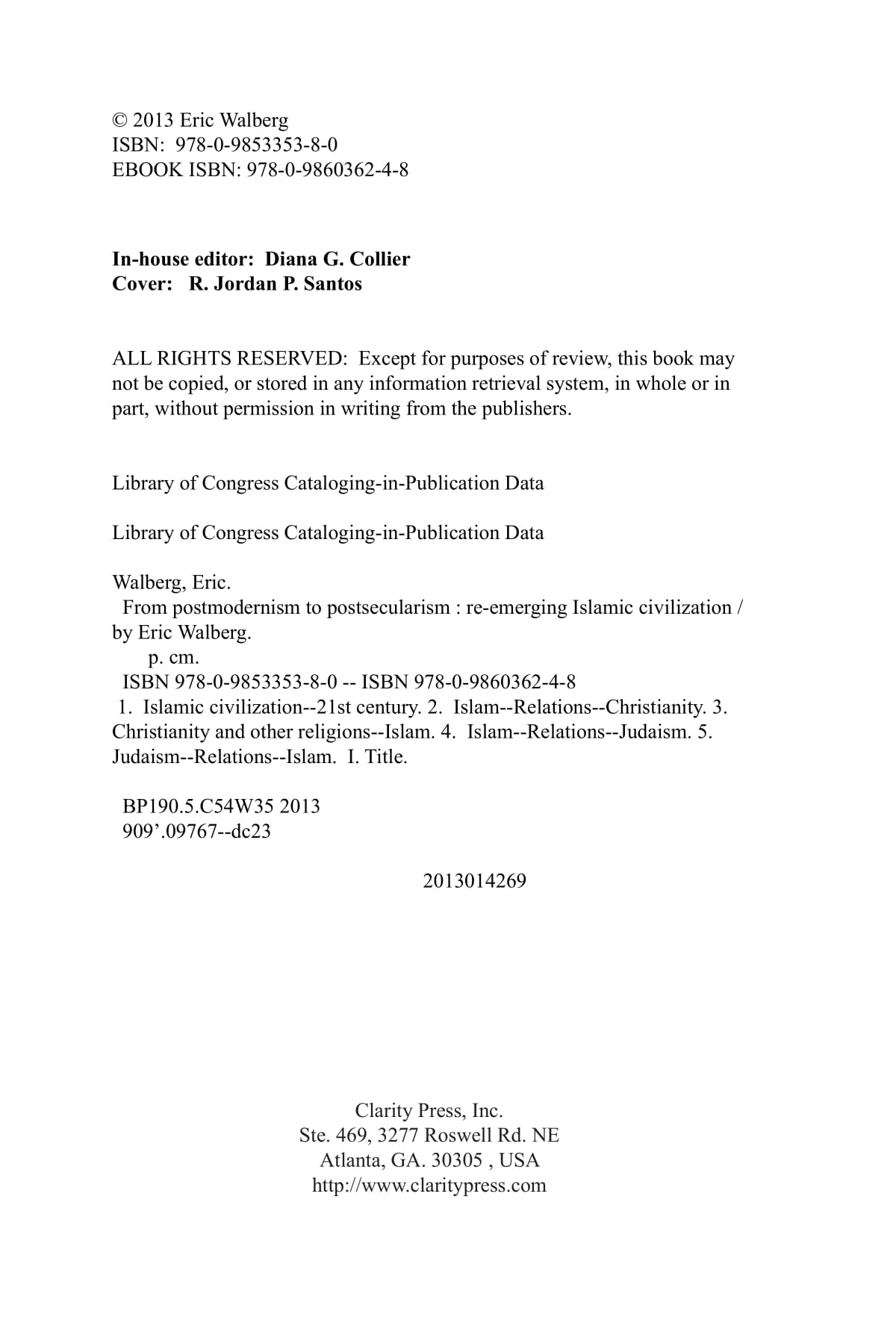 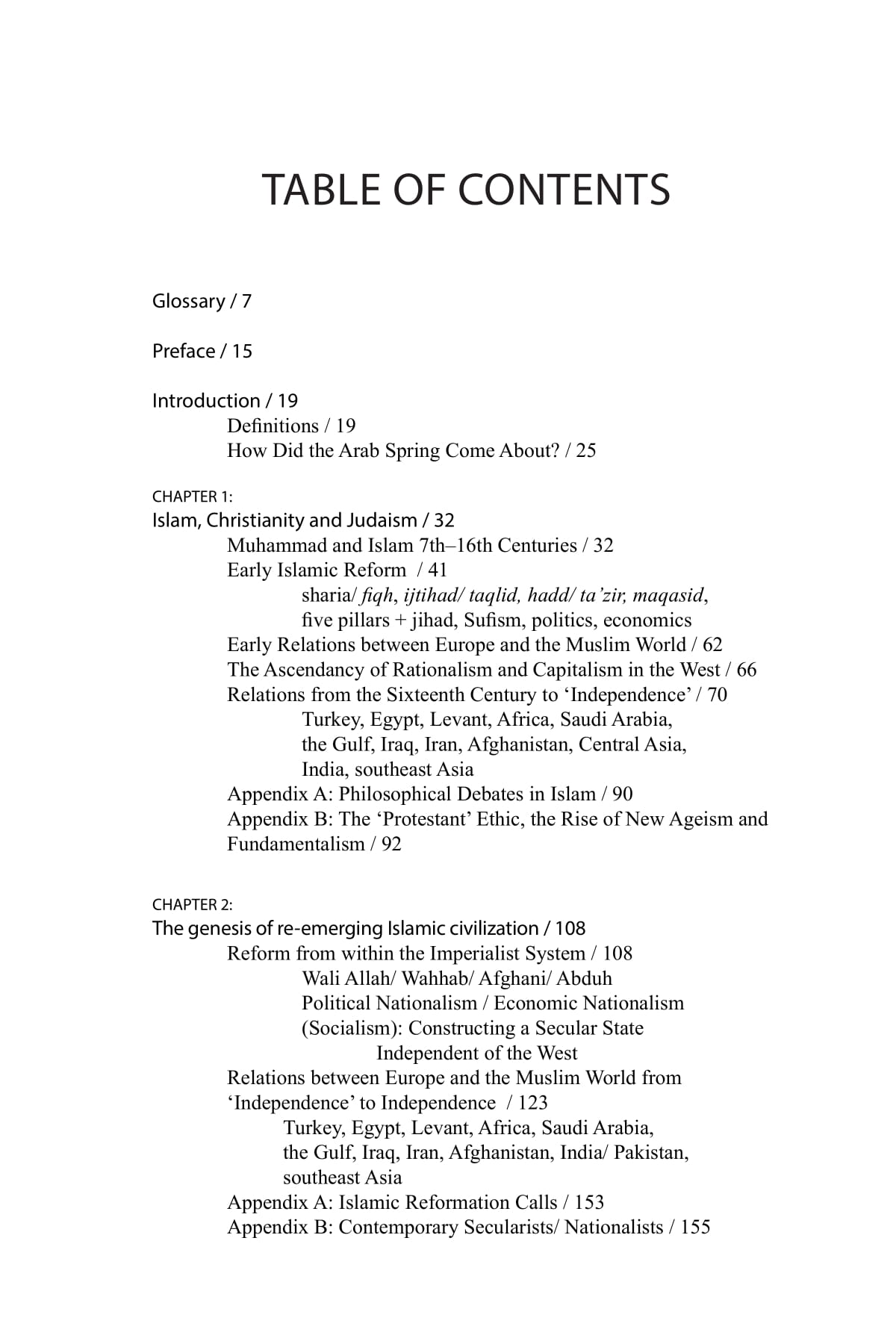 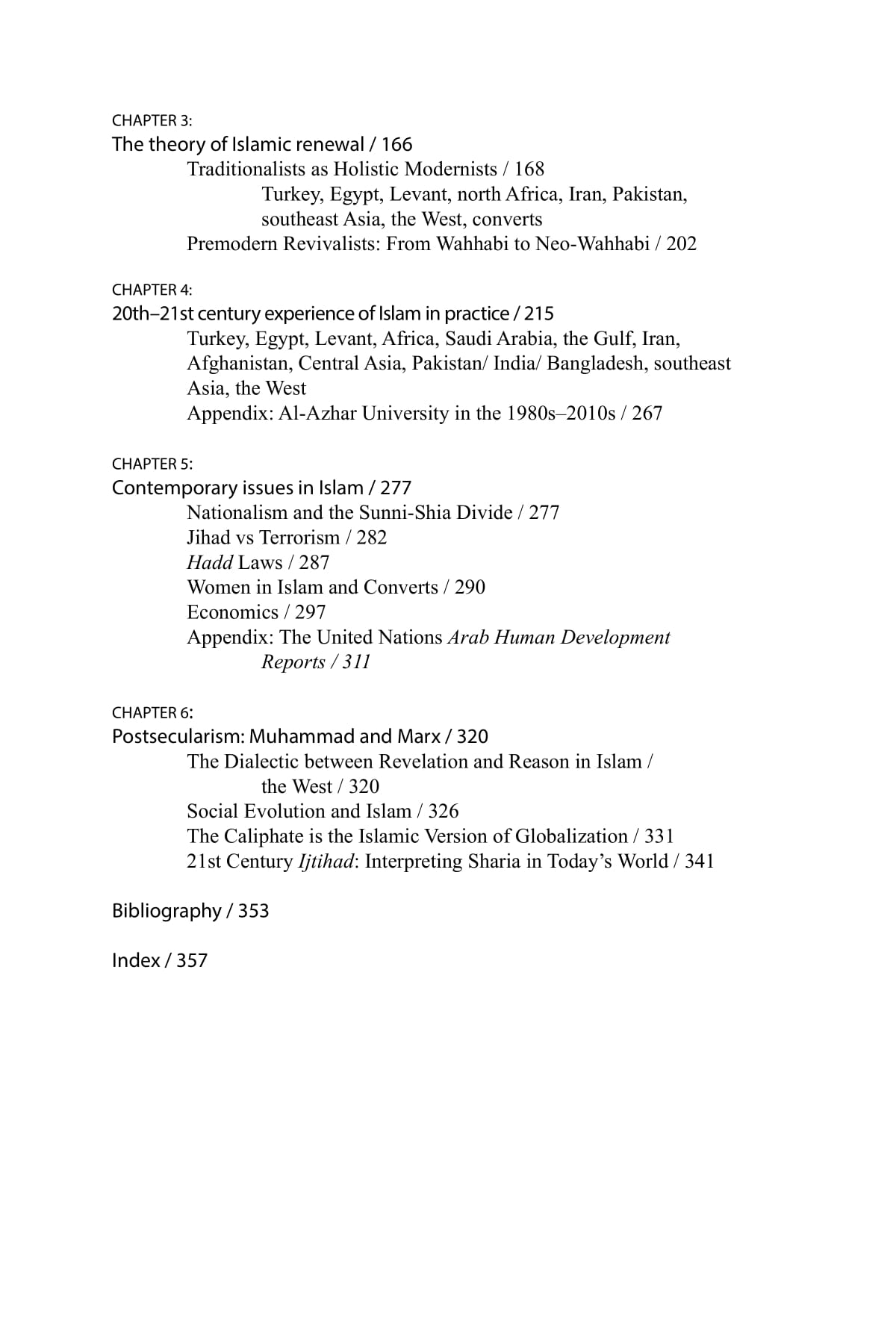 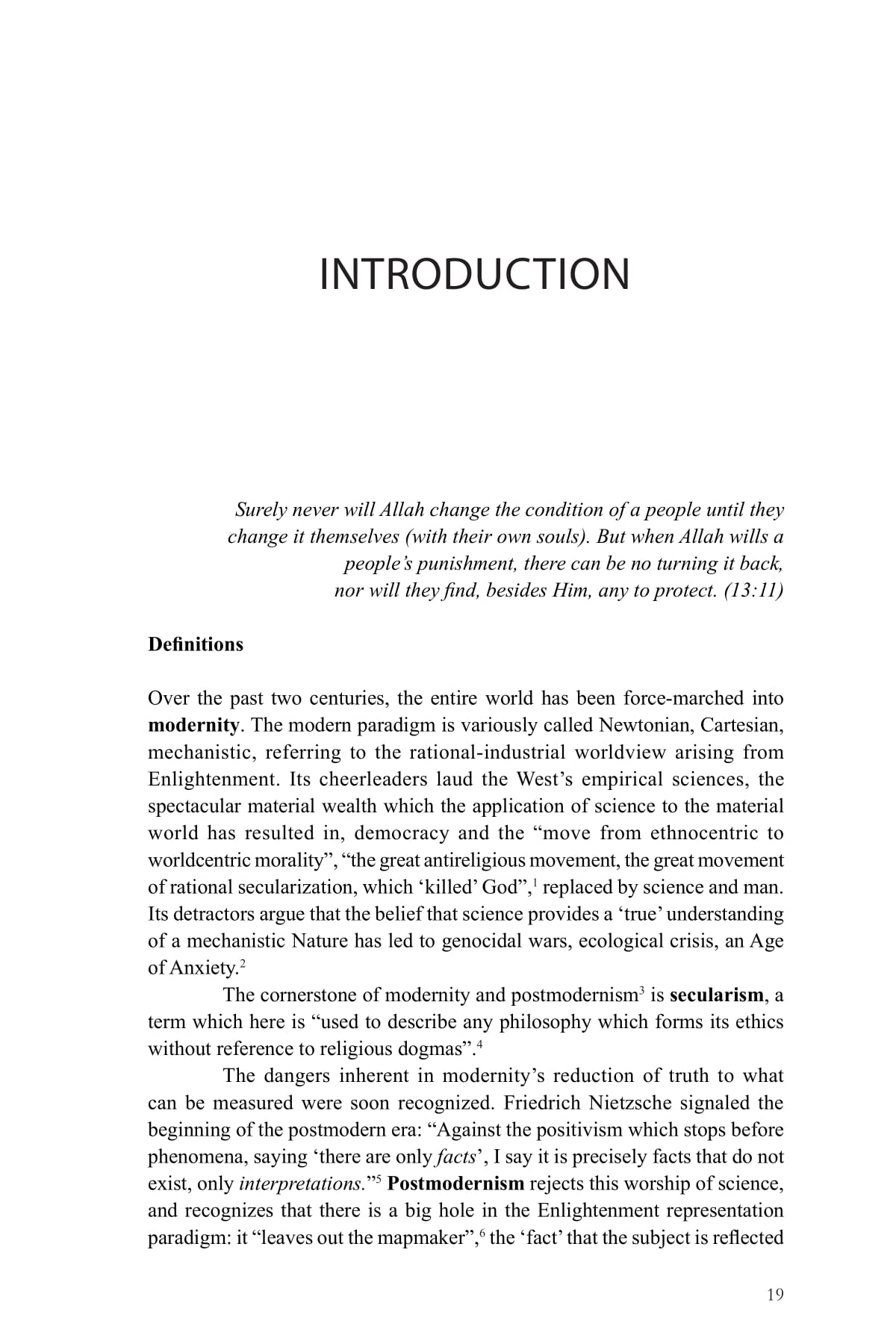 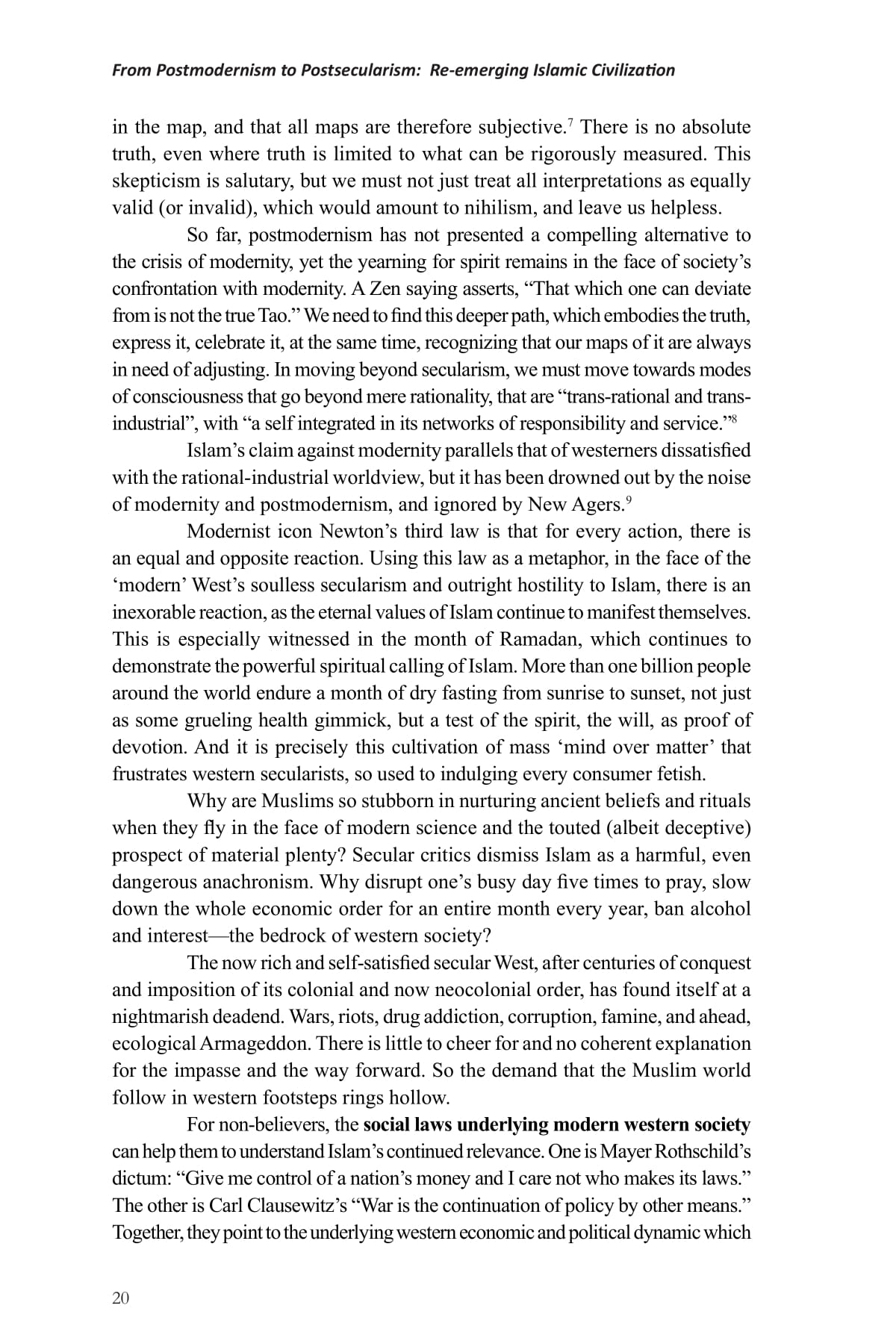 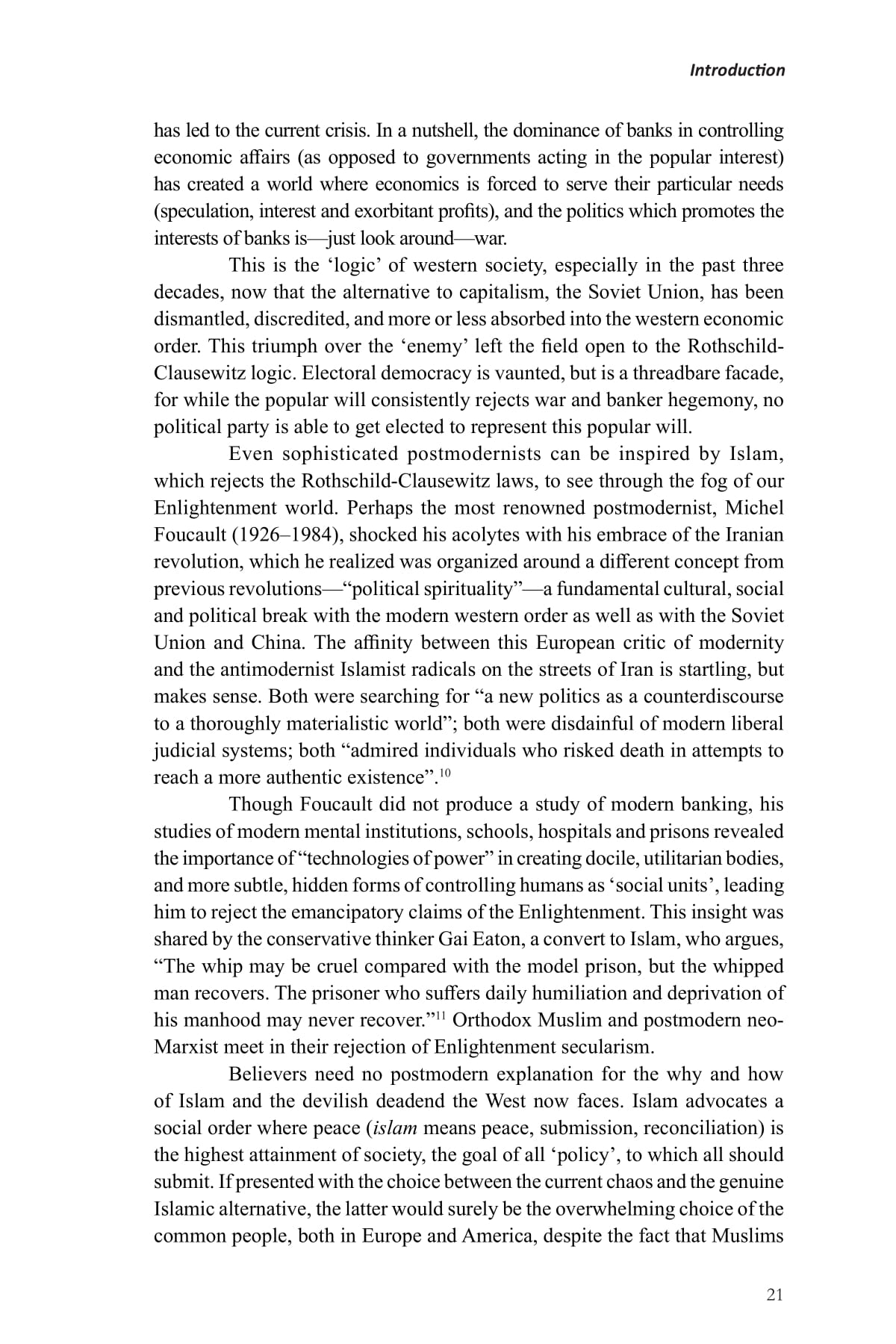 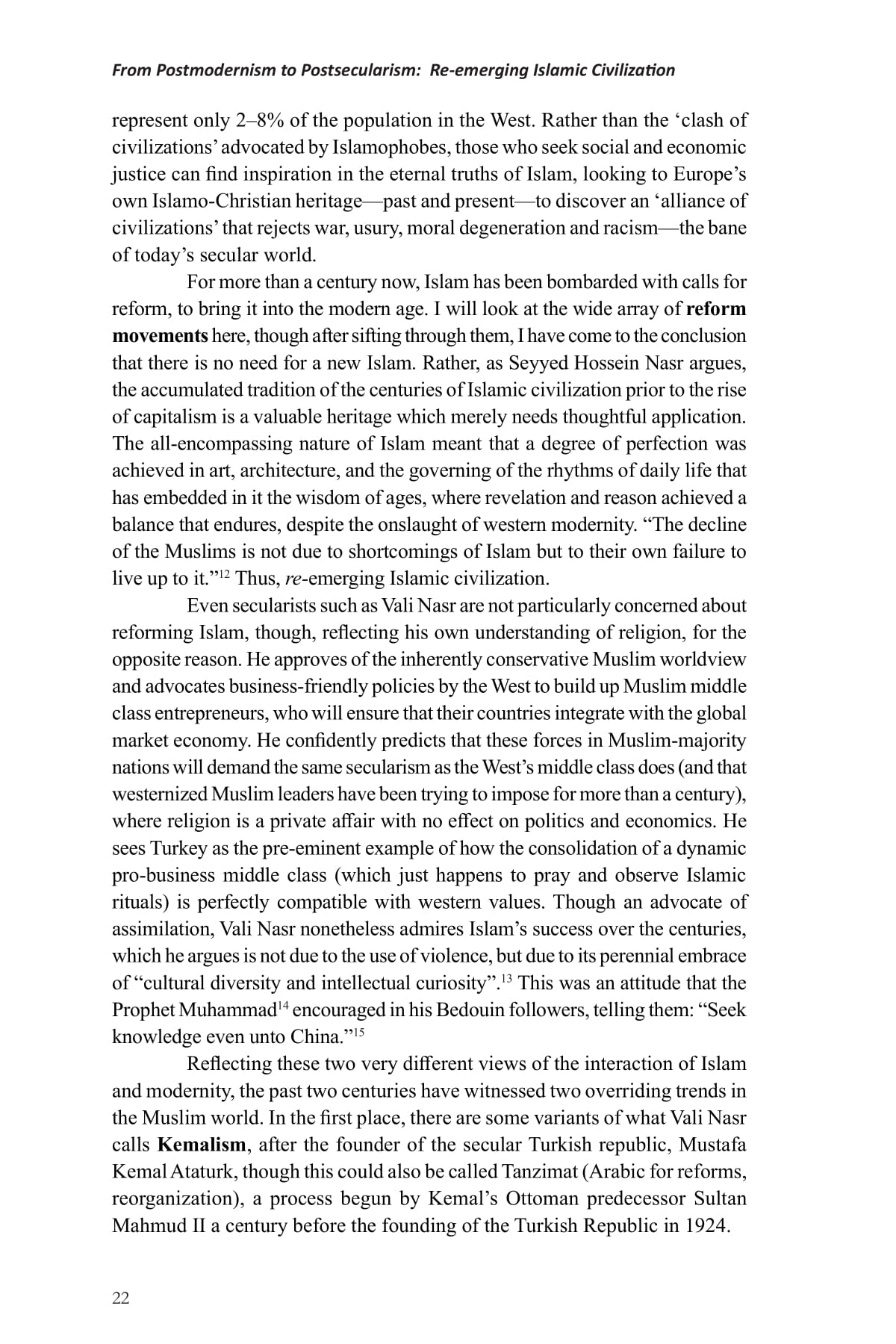 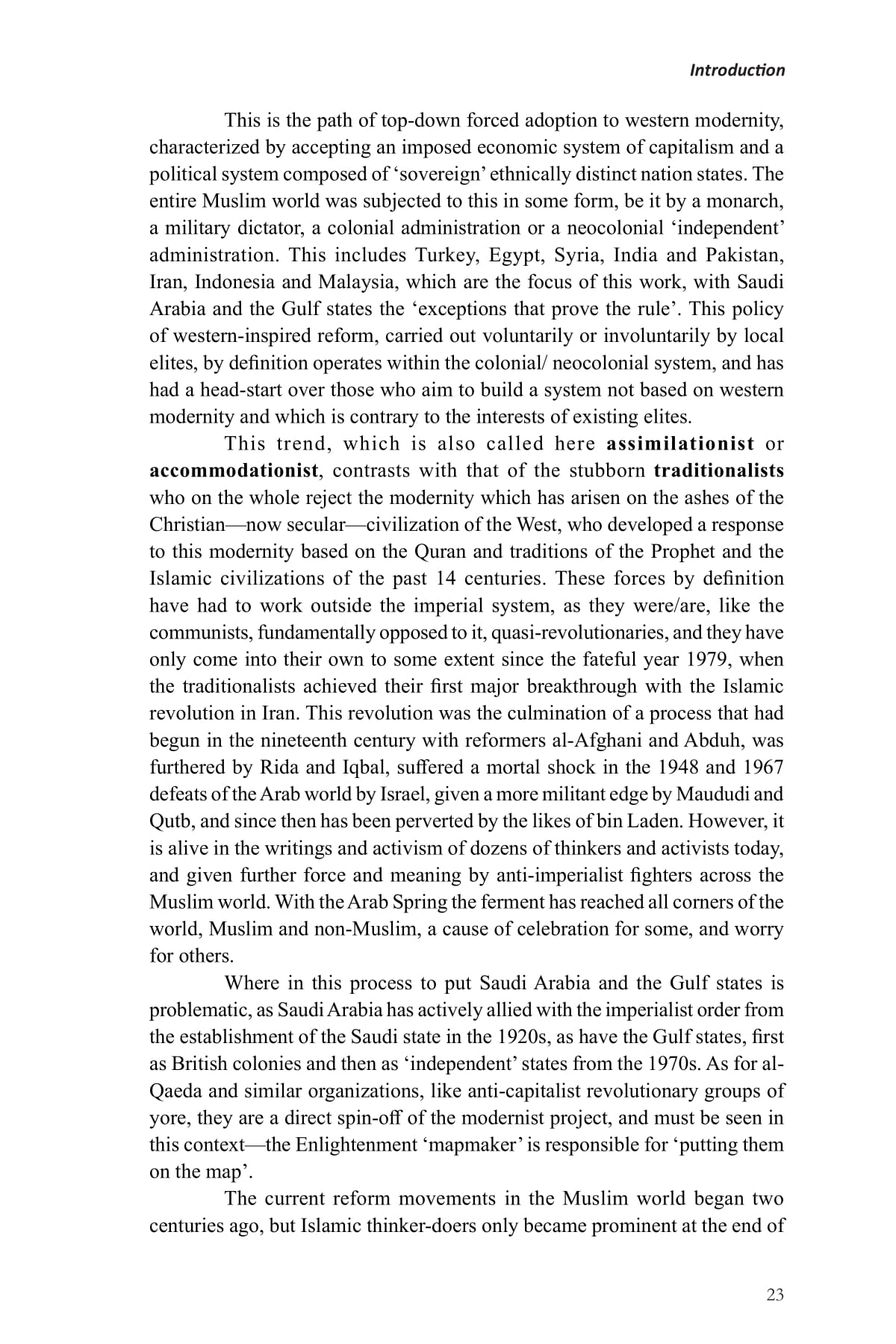 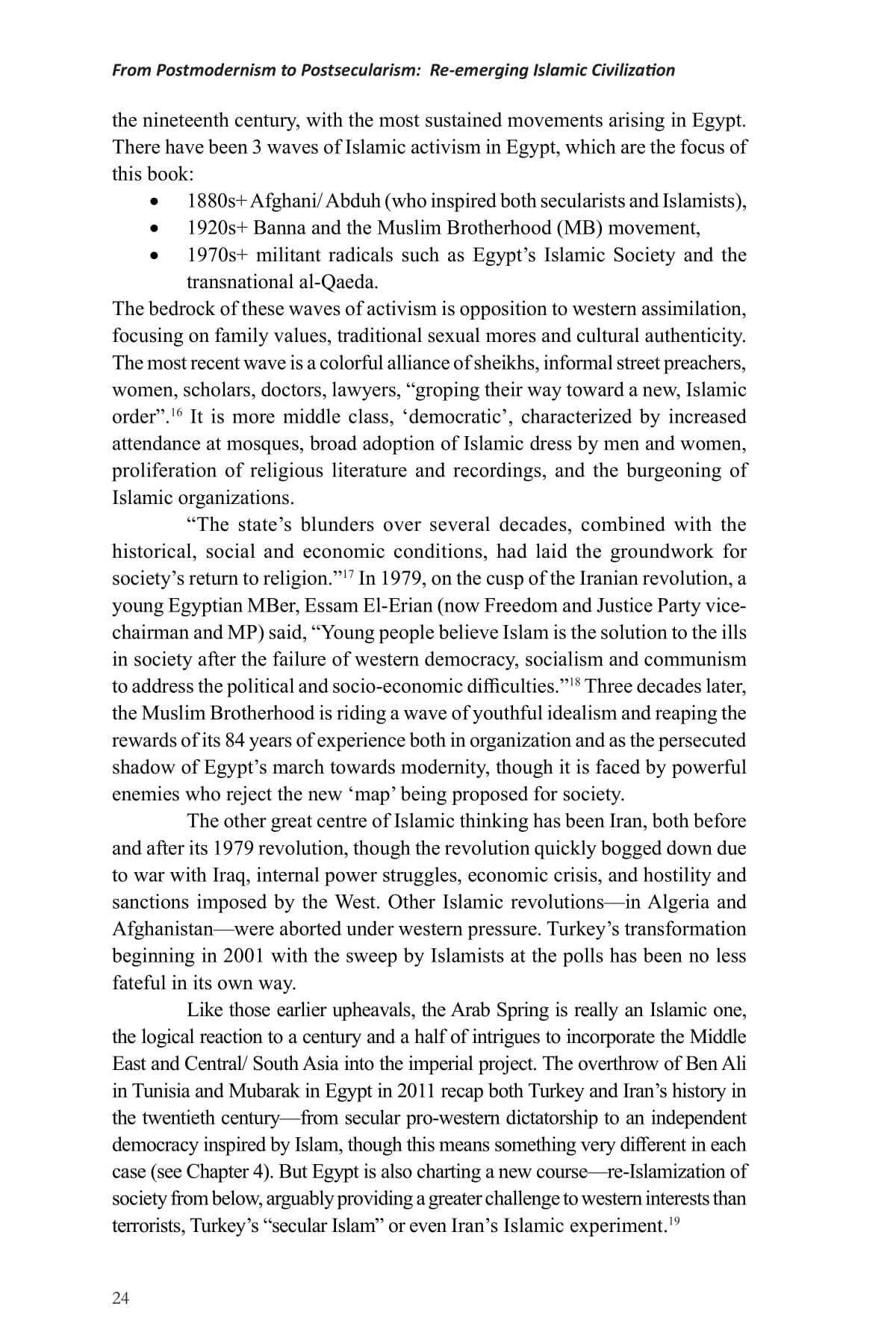 From Postmodernism to Postsecularism: Re-emerging Islamic Civilization provides an overview of imperialism and colonialism in the Muslim world. It elaborates on the third of the Great Games addressed in his earlier work, Postmodern Imperialism, which traced the movement of history from the colonialism of the British and other empires, through the neocolonialism of the US empire, to the current Great Game marked by the revival of Islam. 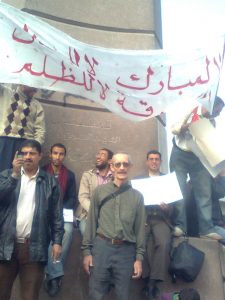 “Walberg’s contribution is a welcome addition to a debate that needs to return to mutual respect rather than mutual demonization and name-calling. It is a thought-provoking and informative book.
– Zafar Bangash, Director, Institute of Contemporary Islamic Thought

“Anti-imperialists need this sort of critical analysis in order to understand whether, to what extent and especially how we can work in alliance with different Islamic political movements on common causes.” –
David Heap, University of Western Ontario

Eric Walberg’s new book From Postmodernism to Postsecularism: Re-emerging Islamic Civilization provides an overview of imperialism and colonialism in the Muslim world. It elaborates on the third of the Great Games addressed in his earlier work, Postmodern Imperialism, which traced the movement of history from the colonialism of the British and other empires, through the neocolonialism of the US empire, to the current Great Game marked by the revival of Islam.

Walberg reviews the Islamic reform traditions from the 19th century on (deriving from Al-Afghani, Qutb) incorporating the Islamic critique of the West as well as the Sunni/ Shia, mainstream/ Sufi/ Salafi divisions.

Then he addresses the twentieth century experience of Islamic states (Saudi Arabia, Pakistan, Afghanistan, Iran), as well as the current dynamics of the Muslim world (Saudi, Iran, Qatar, Turkey, and now Egypt/ Tunisia/ Libya). Key actors and milestones in the struggle to free the Muslim world from the imperial yoke are discussed.

While the Christian/Judaic surrender to capitalism led to Marxist secularism and the communist utopia, Walberg views the Islamic project as containing an alternative socio-economic orientation. This prevented the rise of capitalism/ imperialism in lands populated by Muslims, making them the losers in the technology race of the 19th-20th centuries, but the repository of a corrected vision of the rich lost values of the earlier monotheistic traditions.

Here modernity and postmodernism are critiqued from both left and right, and Islam is discussed as both an alternative worldview and world order. However the contradictions of the Arab Spring may be resolved as the West continues its decline, Walberg projects how the understandings entrenched in Islamic civilization point toward a new-old civilizational alternative, one not derivative from the West, but indigenous to the developing world still under its heel.

10 reviews for FROM POSTMODERNISM TO POSTSECULARISM Re-emerging Islamic Civilization